A Tail of Two Weekends

Last weekend was great! We celebrated Adam's 30th birthday by going to Red River Gorge with some friends. Having never been before I wasn't sure what to expect, but the park was very nice with TONS of trails. We rented a huge cabin for the six of us and arrived late Friday night. Looking back, we wished we could have arrived earlier on Friday but at least we will know better next time and there will be a next time. We got up Saturday morning made breakfast and headed out for our longest walk. We were about halfway through the trail and taking a break while Adam took some long exposure pictures when a group of Asians descended upon us. Seriously! It was a huge group of Asian tourists. Nothing against Asian's as a race, but if you've ever traveled you know that tour groups of Asians are like a swarm of wasps. You just don't want to be anywhere around them. I don't know why they were "touring" the park, but they were. We had two dogs with us and they started to ask my Brother, well more like motioned, if they could take pictures with his dog. Seriously, they are funny like that. Here is the proof... 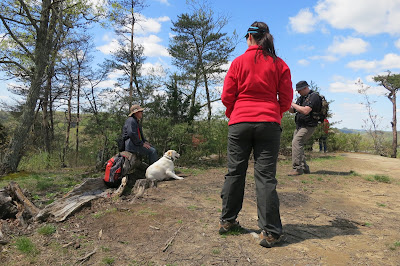 My sister-in-law and Brother were sitting on that log when this guy came over and wanted to sit there to have his picture taken with their dog. We joked that they should have charged him for the use of their dog and he wasn't the only one that asked for a photo op with Biscuit. After getting behind the tour group we decided to turn around and do a few different hikes instead. We hiked most of the day Saturday then went back to the cabin, cooked out, had a few drinks and played crazy train. On Sunday we made breakfast then went on short hike before heading home. It was a great weekend with great people! Red River Gorge is a great park and only two hours from Louisville so completely doable in a day. I would recommend it to anyone wanting to spend a day outdoors and exploring. I'm looking forward to being able to take Landon in a year or two.


Going to Switzerland  last year really opened our eyes to hiking and it's something we want to start doing more often. Actually, there are a lot of things we want to do more often. For our second date Adam wanted to go rock climbing at Rock Sport, but I was worried about him seeing my butt in a climbing harness so we never went. Ten years later, on our anniversary, we finally made it. I don't know why we waited ten years, because it was so much fun, but it made me realize that there are so many places and things to do locally that Adam and I have been wanting to do and saying we were going to do for so long, but never actually have. Since going to Rock Sport, we've started to make a point to do one thing each month as a date day. You need more than a few hours at night to spend as a couple. This month was a date weekend/birthday weekend so we did it up big and included our friends. Next month we are going to visit one of the local distilleries and try the Old Kentucky Home Dinner Train. I've heard the train is kind of cheesy and Adam doesn't drink so it might make for an interesting day, but usually just being together is enough for us to have a great time. Point being, there is so much to do in and around in Kentucky and we seem to always think the opposite. It's fun to get out and explore the area you live in.

This weekend was the complete opposite of last weekend. My two days off are Friday and Saturday so Friday's are spent with my favorite little man while my big boy works. I had to be at a 7am physical therapy appointment for my knee. I really did a number on it last weekend hiking after I hurt it running and I'm glad I finally got in to see someone. I'm a big advocate of physical therapy and hopefully after a couple weeks I'll be able to get back to exercising. After therapy we went to visit my Mom and took Landon to her neighborhood playground. Going to My Mom's house always makes me miss living in Oldham County. My Mom lives in the best neighborhood and I was so lucky to grow up there. I'm glad Landon gets to experience it as well. 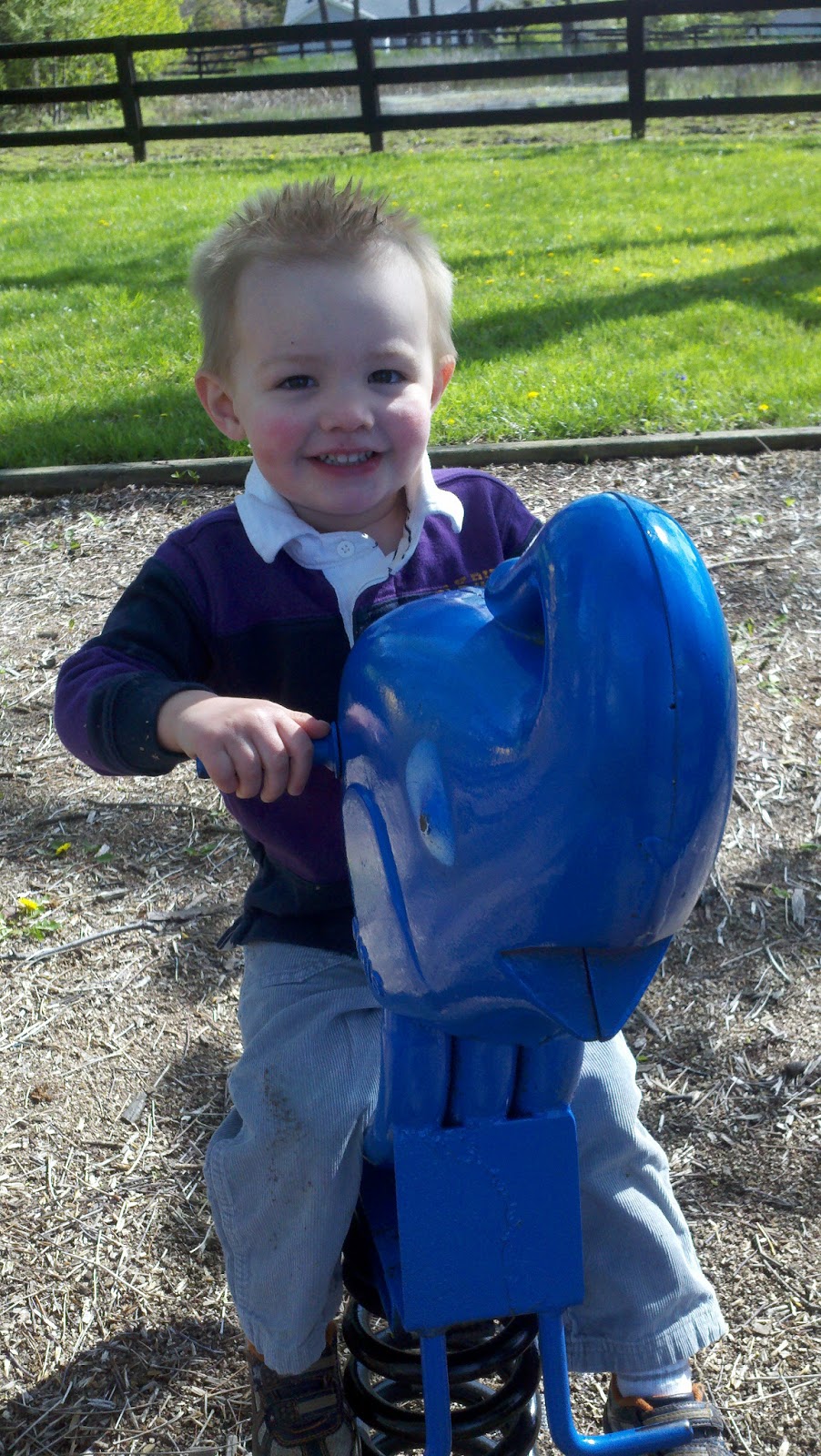 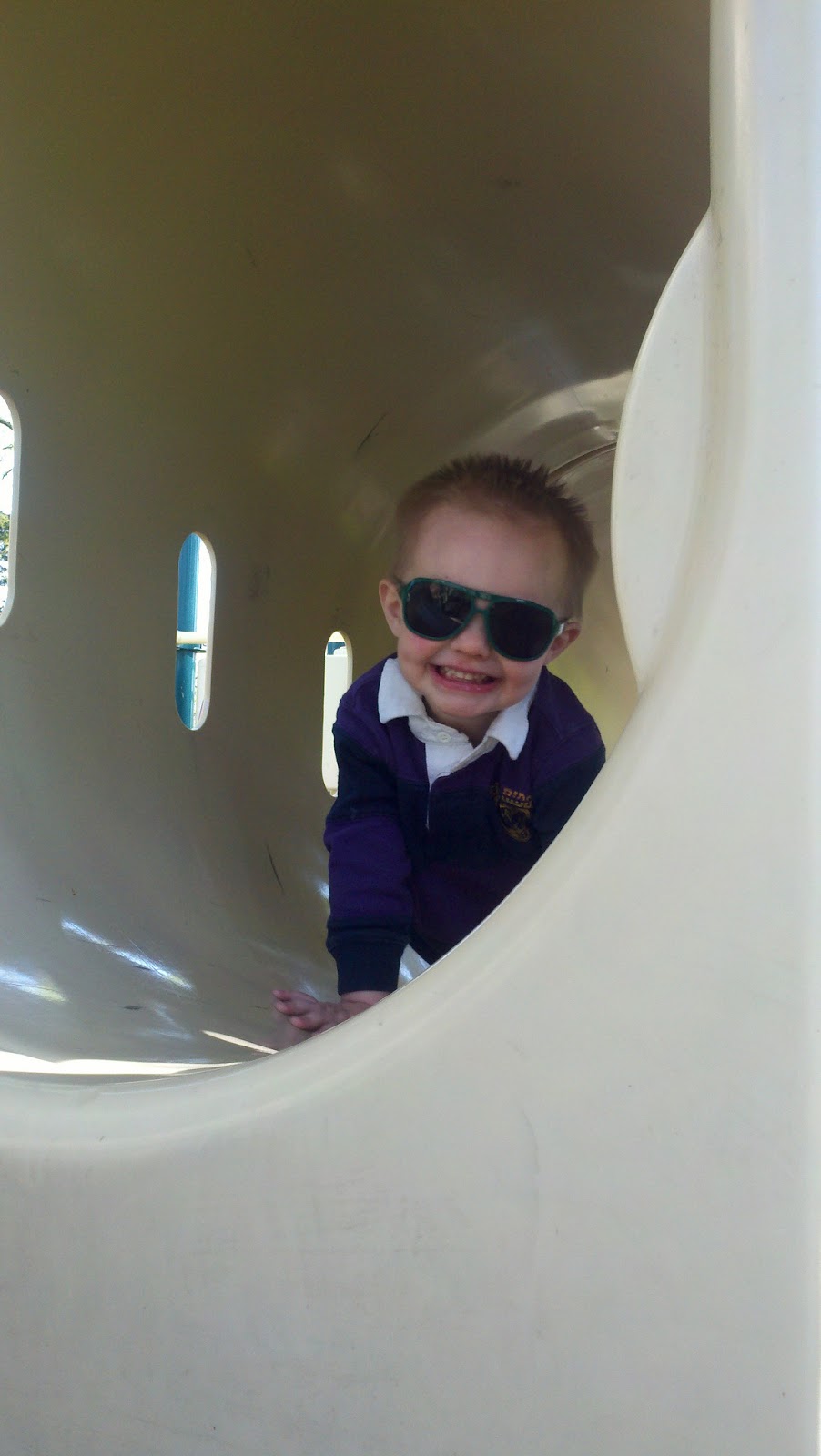 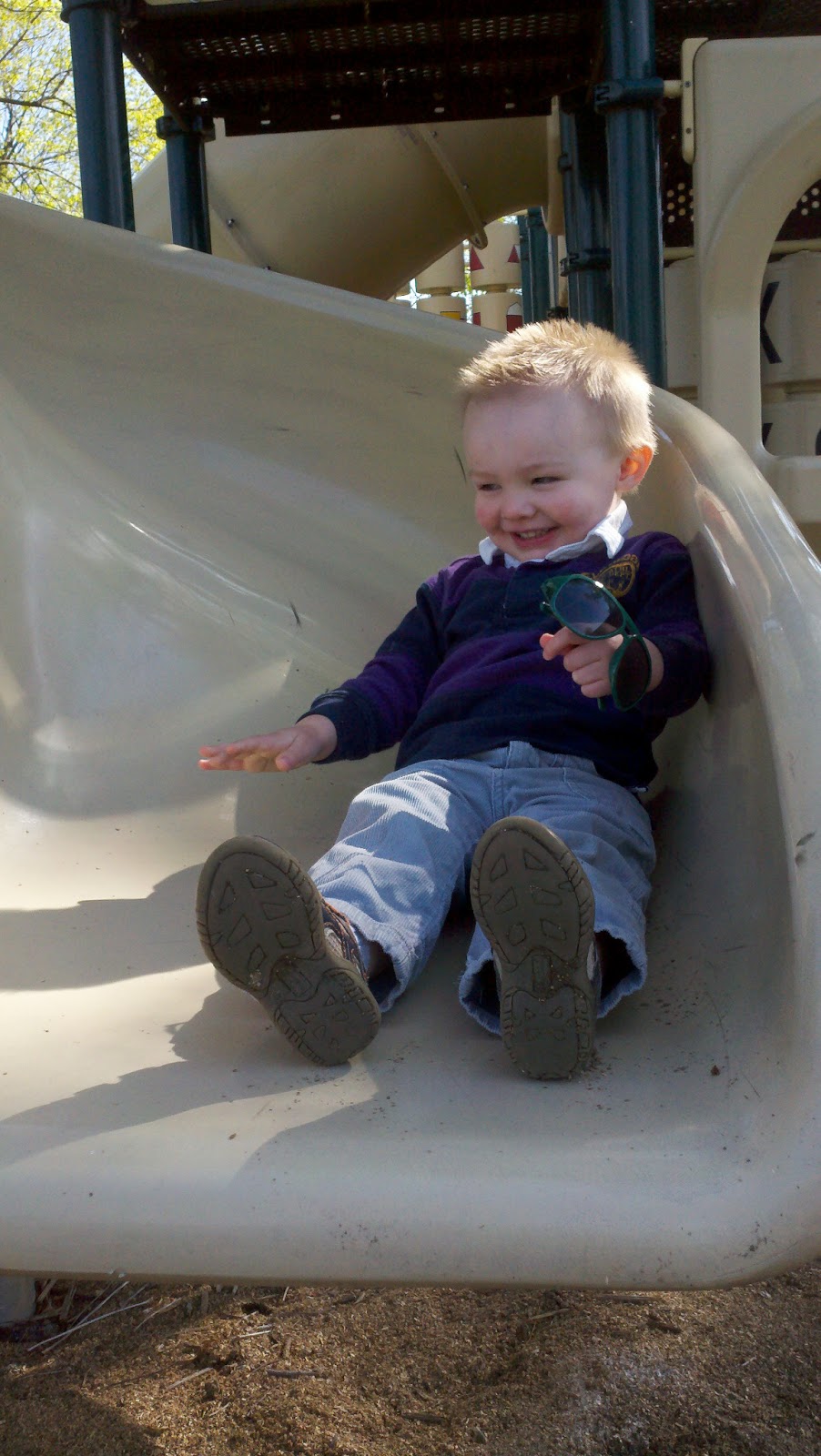 After the playground and a nap, Landon and I set out for a late lunch with some very close family friends. Have I said how important friends are? They are my life blood. I've known these people my whole life and although they are not related by blood, they are most definitely family. We had a wonderful lunch, went to a nearby pond to visit the ducks and got some frozen yogurt. As I drove home feeling so happy that Landon is blessed to have such amazing people in his life, I kept thinking about how much good relationships add to one's life. A great day with wonderful people is a natural high. It's an amazing thing about life that other people can bring you so much joy and fulfillment.


When we got home Adam was there so we spent the rest of the night relaxing as a family. My favorite place in the world is laying on Adam's chest. Landon usually plays on his train table or with his cars, but when he wants to snuggle and lay with us he will climb on my back.


Saturday morning the boys got their haircut. When we got home it was raining so we all took a nice nap and when we woke up Landon got to ride his new bike for the first time. We've had the bike for a week, but either the weather has been crappy or Daddy hasn't been home so after much anticipation Landon finally got to ride "MY BYKE!" He didn't really get the idea of pedaling and a few times he got overwhelmed with the whole thing and wanted off, but he kept wanting to try again and loved being pushed on it. I know it will just be a matter of time and he will be riding all up and down the driveway on his own. We spent the rest of the night playing with play dough and just hanging out. It was nothing special and very special all at the same time.


Last weekend and this weekend were completely different and yet each were great in different ways. Life is all about balance! Sometimes finding a balance is hard and there are days I just feel worn down, but with EVERYDAY comes something to look forward to. The people that fill my life in the everyday and the every so often add so much to it. I don't know what life would be like without them and I'm so thankful for all of them. Every life is beautiful and the more people we have in our lives the more beauty we experience.
Posted by Unknown at 3:44 PM