Am I cray cray?

This weekend started out mildly. Adam's Mom had her hip replaced last week so we spent most of the Friday at her house. Landon's favorite person in the world, his cousin Taylor, or "cha-cha" as Landon calls him, came over as well. I took the boys for frozen yogurt but overall it was a pretty uneventful day.


Saturday, we woke up and went to Noni's house. Since Lynn had her hip replaced I took over all the pool duties this year. I vacuumed the pool and back washed it before we spent the early afternoon playing and getting some sun. "Cha-cha" came over to swim as well as a few other of Katherine's friends. It was a hot day and swimming in the pool was the perfect way to spend it. Here's a little video of Landon jumping off the diving board and kicking himself to the ladder. I think he is going to take after his Mommy and be a little fish!

Saturday evening we went over to my brother and sister-in-law's house for a get together with them and our friends. They just came back from a trip to Turkey and Norway so we were excited to catch up and hang out. Marty made a wonderful dinner of pulled pork BBQ, spicy cole slaw, and loaded potato salad. I tried one of my 100,000 appetizer recipes that I have been dying to try; 5 layer Italian Dip. Let me tell you, it was AMAZING! And the best part was that it took no time to make or bake. 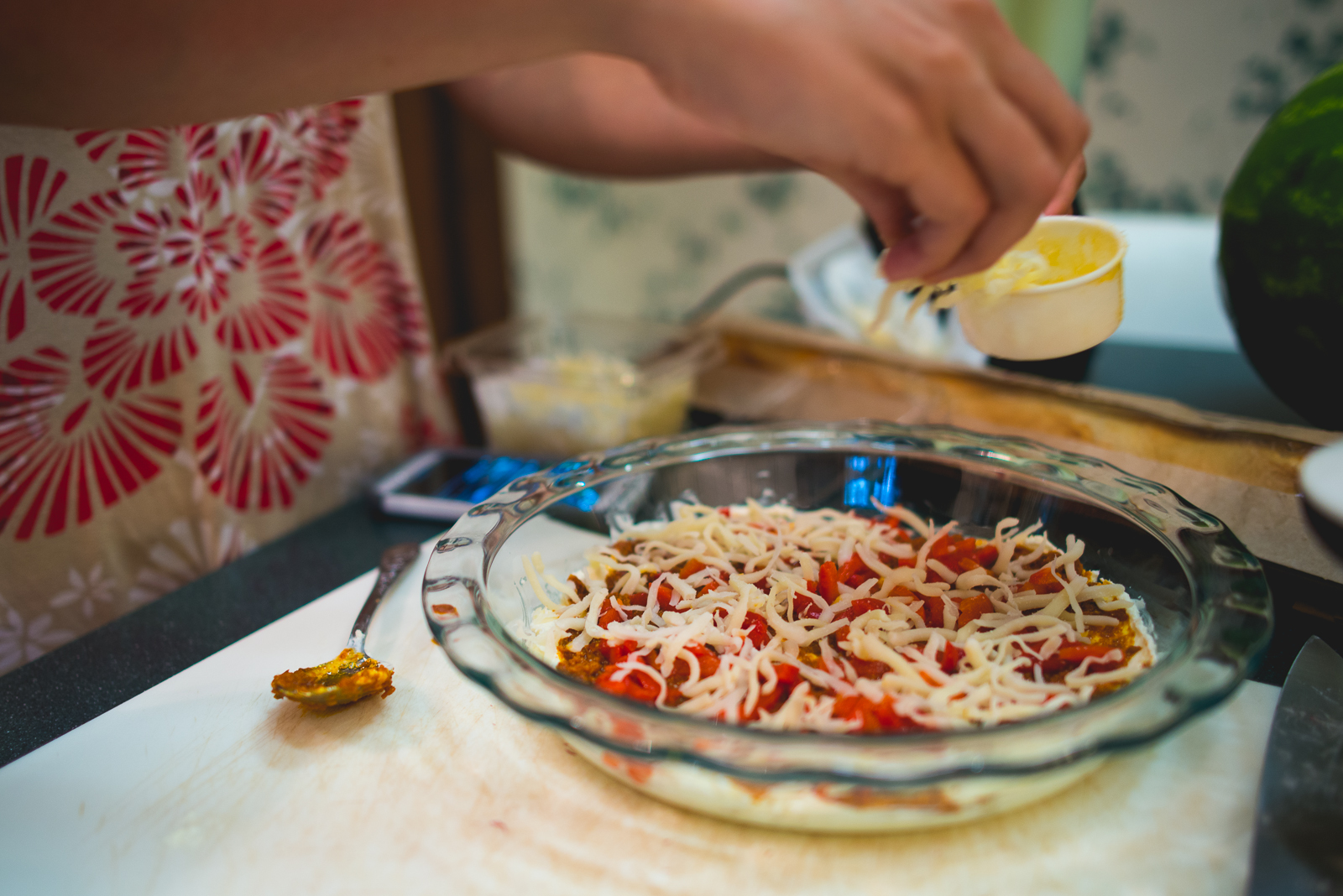 Unfortunately, there are no pictures of it after I baked it. Mainly because it was devoured in just a few minutes. Please believe me when I say it was easy and delicious. HERE is the recipe. I made it exactly as it says, but to clarify I used sun dried tomato pesto. Marty also made a lemon strawberry shortcake which was AMAZING as well. Who doesn't love strawberry shortcake in the summer? The lemon shortcakes were the perfect compliment to the strawberries. HERE is the recipe. I could eat it everyday.


We ate, hung out and chatted about their trip. They even brought us back a few gifts...


We are so lucky to have the best friends and family. The gifts were nice of them, but it's just spending time with them that makes me feel blessed. I know I've said it before, but I'll say it again, there is nothing better than having amazing people in your life. Things are just things, but people are invaluable.

Sunday, I actually went to work for the first time in awhile. It was hard to get up at 5:30 and drag my butt out of bed while Adam was still snoring and the sun hadn't come up, but Sunday's are an easy day at work and I had one thing to get me through this... 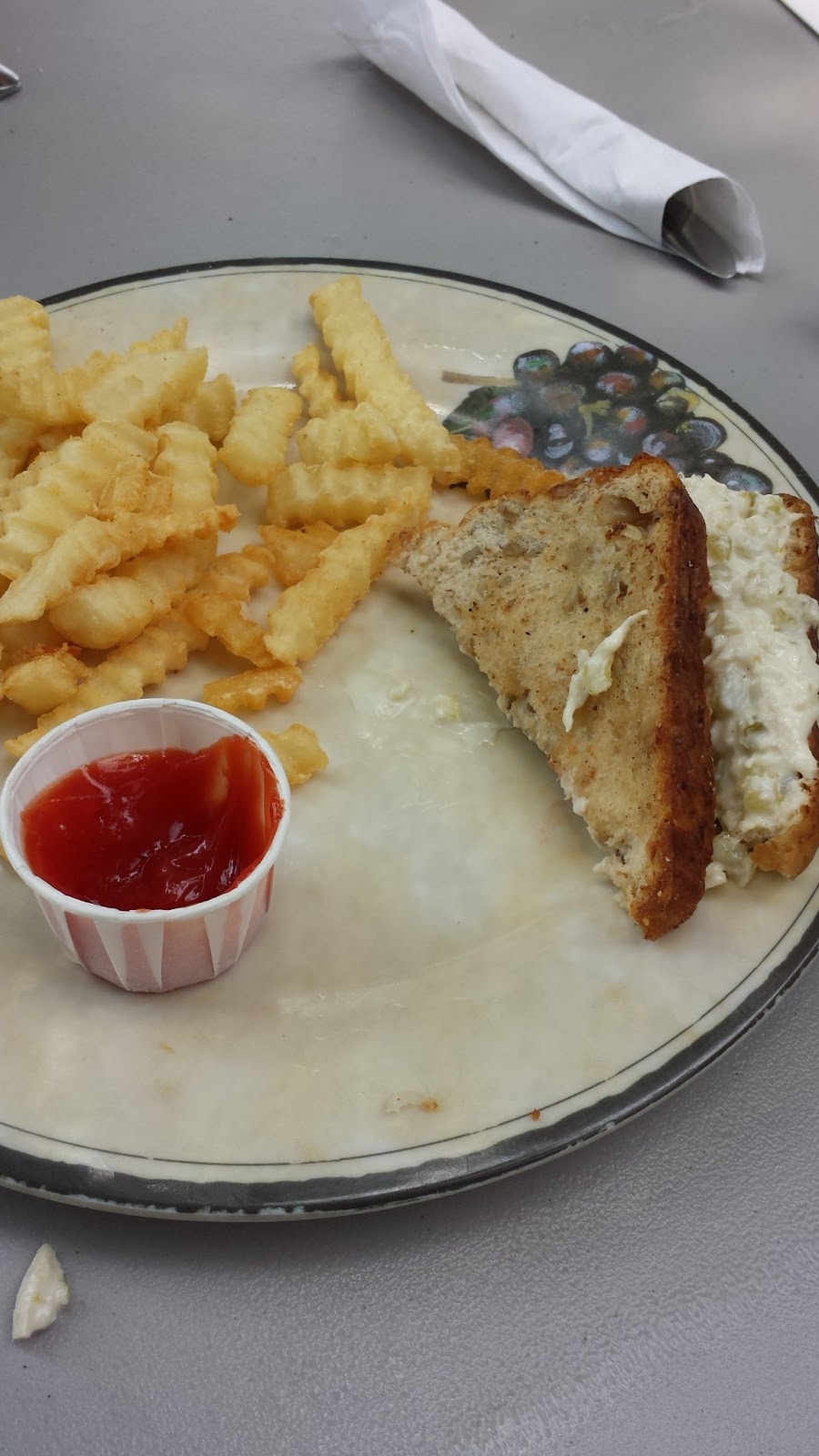 It's just the best chicken salad ever at my favorite place ever, Huber's. One of my oldest friends is getting married in October and I'm in the wedding. We, along with her other two bridesmaids, have been getting together about once a month to hang out and do wedding stuff. This month we thought it would be fun to take a girls trip to Huber's. Since I'm a member we were all able to do a free wine tasting. I thought I had tried almost all of the wines at Huber's, but I found a new wine that I hadn't had before, it's called Autumn Frost. Let me say, it is officially my favorite wine ever! It is a mix of honey, apricots, and orange blossom. It's seasonal only, comes in a tiny bottle and cost $36.99!!! Why do I have to fall in love with expensive wine? I held off buying a bottle, but I think I'm going to get one next time I go. After our wine tasting, I had that amazing chicken salad seen above and we shared a pitcher of their blackberry sangria. BEST. LUNCH. EVER! We ended the day with a little shopping at their farmers market. We had a great day! 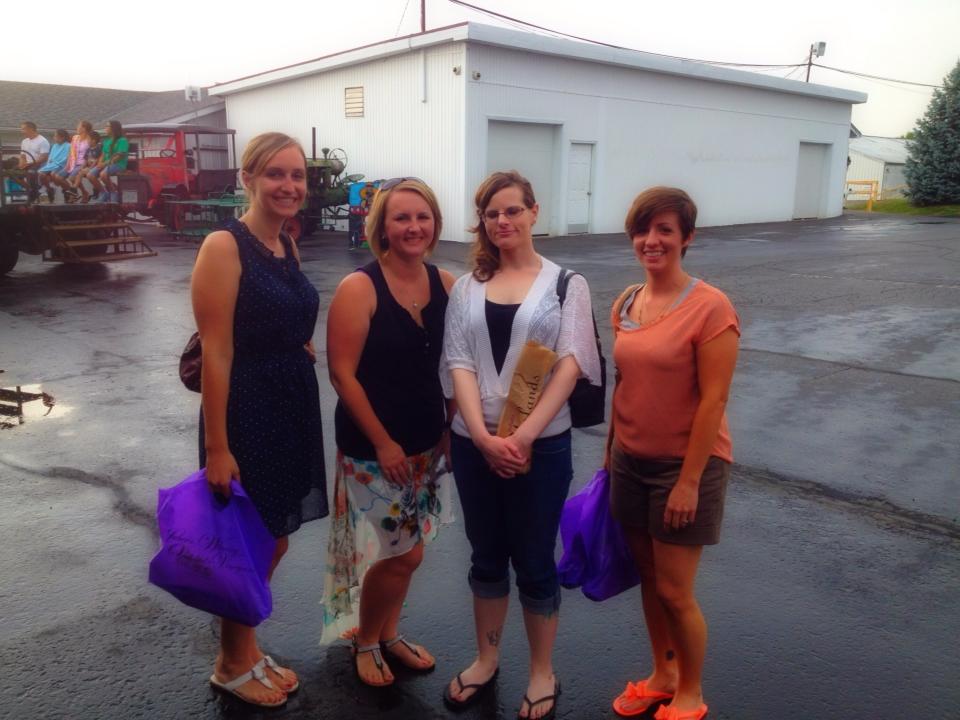 When I finally got home at 7pm Adam decided that he wanted to go to Red River Gorge and shoot the Supermoon. Obviously, I am cray cray, because even though I had already been up for 14 hours, the gorge was 2.5 hours away, and I was supposed to work the next day, I agreed to go with him. We first went to the gorge on his birthday which I talked about HERE and we really enjoyed it. Adam had been talking about going back to get pictures at night and thought the supermoon would be perfect. Since my Mom watches Landon on Monday's we took him over to her house and at 10pm started the drive to the gorge. I definitely slept most of the way to the gorge and most of the way home, but it was worth it. It's so fun to watch Adam work. He really has a great gift in knowing and understanding the camera. When we first arrived the moon was covered with clouds, but as the night progressed the clouds gave way and the valley became engulfed with fog. It was stunning. We want to go back again when there is no moon to see the stars in all their glory. 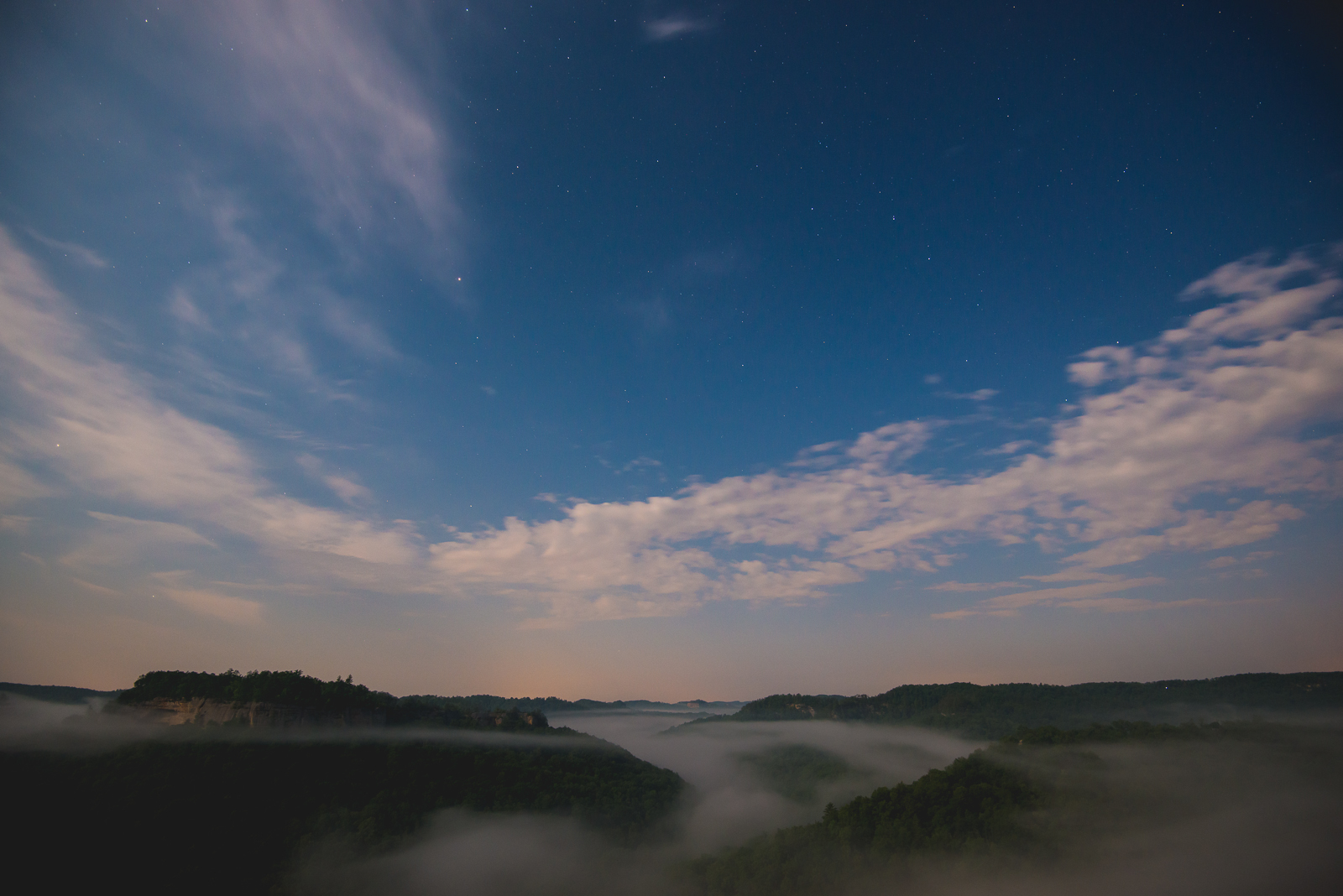 Our world and that beyond it is just stunning. It's worth taking the time to enjoy it every once in a while. I'm glad we went even though we didn't get home until 6am and I had to use one of my coveted sick days from work today. Maybe I am cray cray, but spending time with my best man, being spontaneous, and a little crazy keeps life fun.  Helen Keller said, "Life is either a great adventure or nothing". Here's to another weekend of living life!
Posted by Unknown at 11:57 AM