It's the Little Things in Life


My birthday is in two weeks and you know what I want? I swear if I give you a thousand guesses you will never come up with it. So what is it? 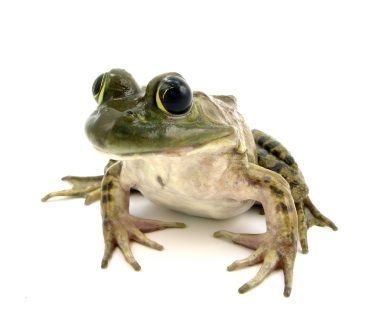 
Funny, huh? I had found them online for $20 a piece plus $40 to overnight ship them. I figured I would get two; A male and female and hope they would mate. I had told Adam I wanted them for my birthday and was ready to order them.

Then, this morning, my Dad called and wanted to know if I wanted to go to the fish truck with him. In Louisville a fish truck would be were you order a piece of fried cod, fries and coleslaw. In the country, a fish truck sells live fish for you to stock your ponds with. It's literally just a big truck with a trailer attached and a bunch of tanks of fish. Here is Dad on the truck picking out some new Koi. 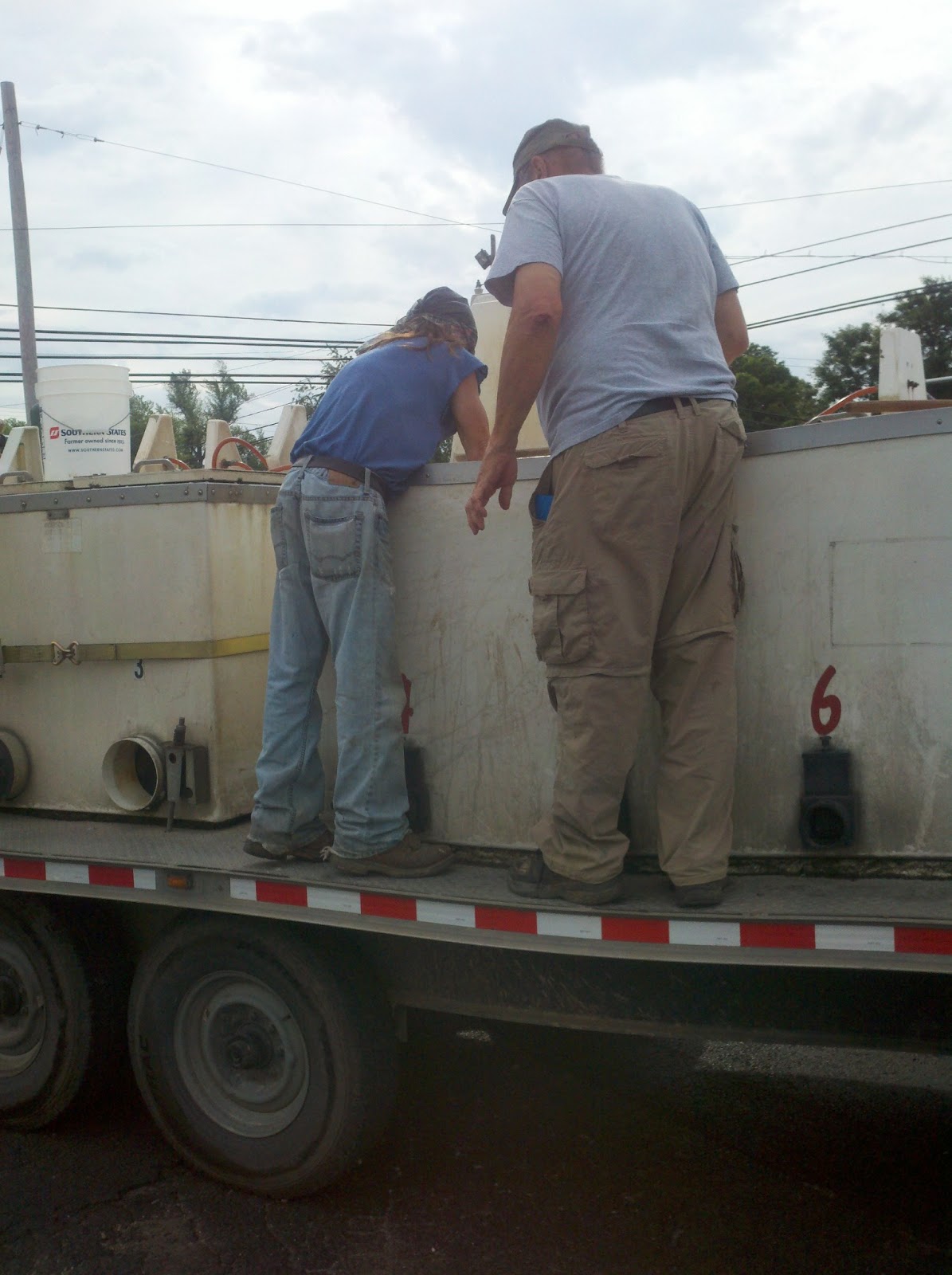 Dad just so happened to ask the guy if they had any bullfrogs and sure enough they did! How much? $0.60 a piece! Ok, so they are only tadpoles right now and won't be full grown until the end of summer or so, but I could get a lot more and still not have to spend $80!!! I guess I can wait for them to mature. Dad bought 10 of them and he threw in a few extra and a random fish and crawfish. Gotta love the country. I am so excited to hear bullfrogs all summer long!!!!

So why bullfrogs? Nothing makes me happier than going to bed at night listening to the bullfrogs. I grew up with them in the pond at my house and always knew it was Summer when the bullfrogs came out (lightning bugs too). When Adam and I bought our house it was in the middle of the city and alas no bullfrogs. It was really hard adjusting to the city sounds and I always missed the bullfrogs. Since moving wayyyy out to the country in November, I was sure one of the two ponds would have a few. I asked my Mom to let me know when she first heard them this year just to be sure. Sure enough, they are out at her house and while we have a TON of frogs here, there isn't a single bullfrog. I cried. Adam says the frogs here sound like they are laughing. I don't know about that, but they do not have the distinct sound of the bullfrog. It's the most calming, relaxing, serenade ever! After living in the city for four years, these little guys are the part of country life that I was most excited about so I was determined to buy some and put them out. We have a front pond, back pond, and an ornamental creek with a pond in the middle of the driveway. I put them in the back pond since it is the biggest. Also, I was worried about them eating the Koi fish in the ornamental creek/pond and the front pond is the furthest from my bedroom window. I can't be having them far away.

I know so many people have no idea what bullfrogs sound like or have had the joy of hearing them all Summer as they go to sleep. These people will think this is a crazy post and I'm a crazy lady. If you are one of those people, I am sorry. You are really missing out. If you want to know what a bullfrog sounds like here is good short video.


You may still think I am crazy and maybe part of it is just the fact that I grew up with them. From the age of three until twenty-four I heard them every night all Summer long and I loved it. That sweet serenade of bullfrogs is one thing that really makes me happy. It's all about the little things in life. If we can't find happiness in the little things, we will never be happy. Speaking of things that make me happy, here's a picture of Landon trying to carry the new Koi to the pond and him and Papa putting the bag of them in the water to get them acclimated. I love how much he is learning and doing out on the farm. It's priceless. 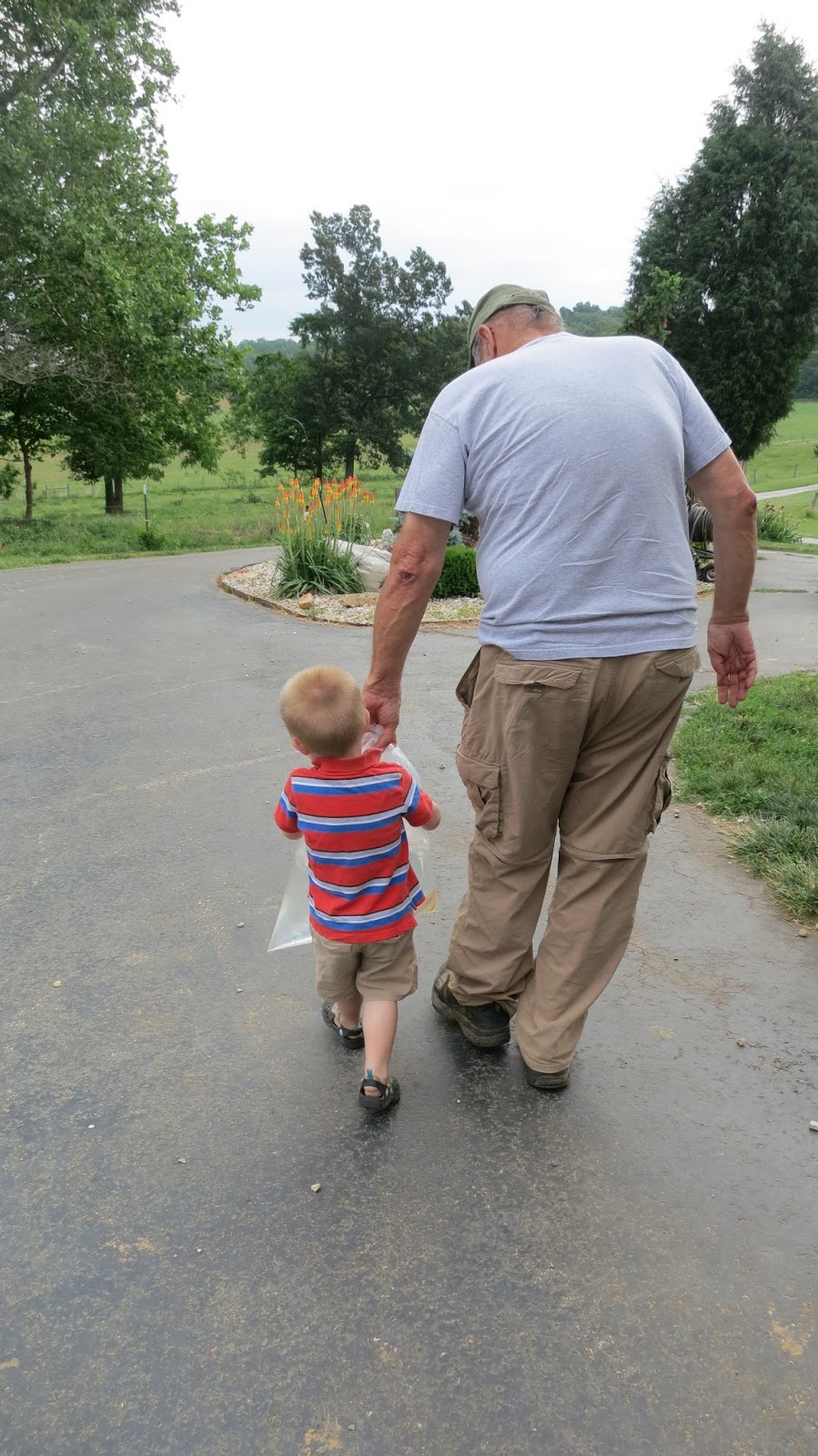 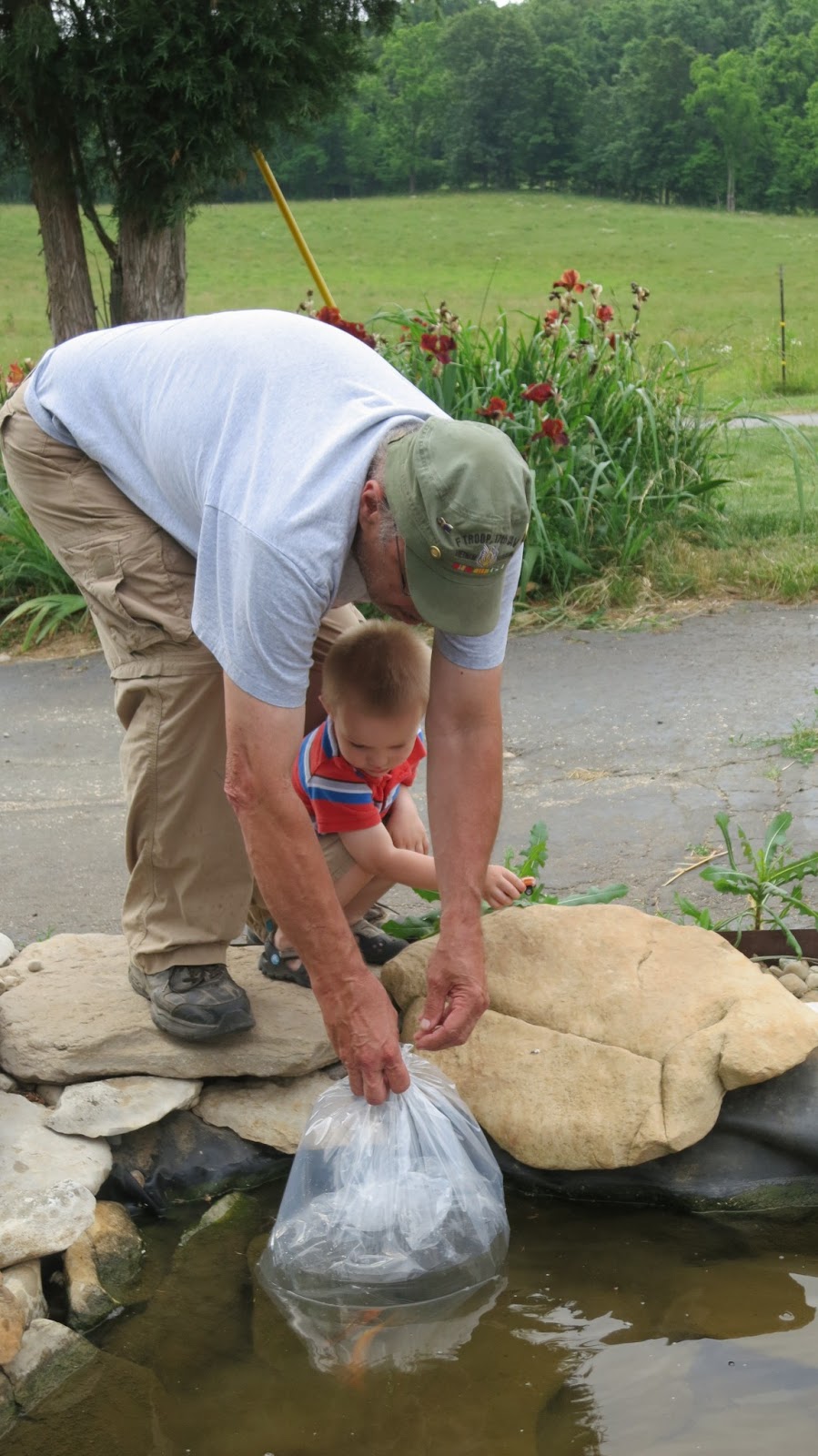