We had plans to have a 4th of July pool party on Thursday, but Mother Nature had other plans. Womp Womp. Guess that bucket list item will have to wait until next year. It was a bit of a bummer not to hang out with family and friends in the sun all day, but I did get to spend time with my three favorite boys so I really can’t complain. 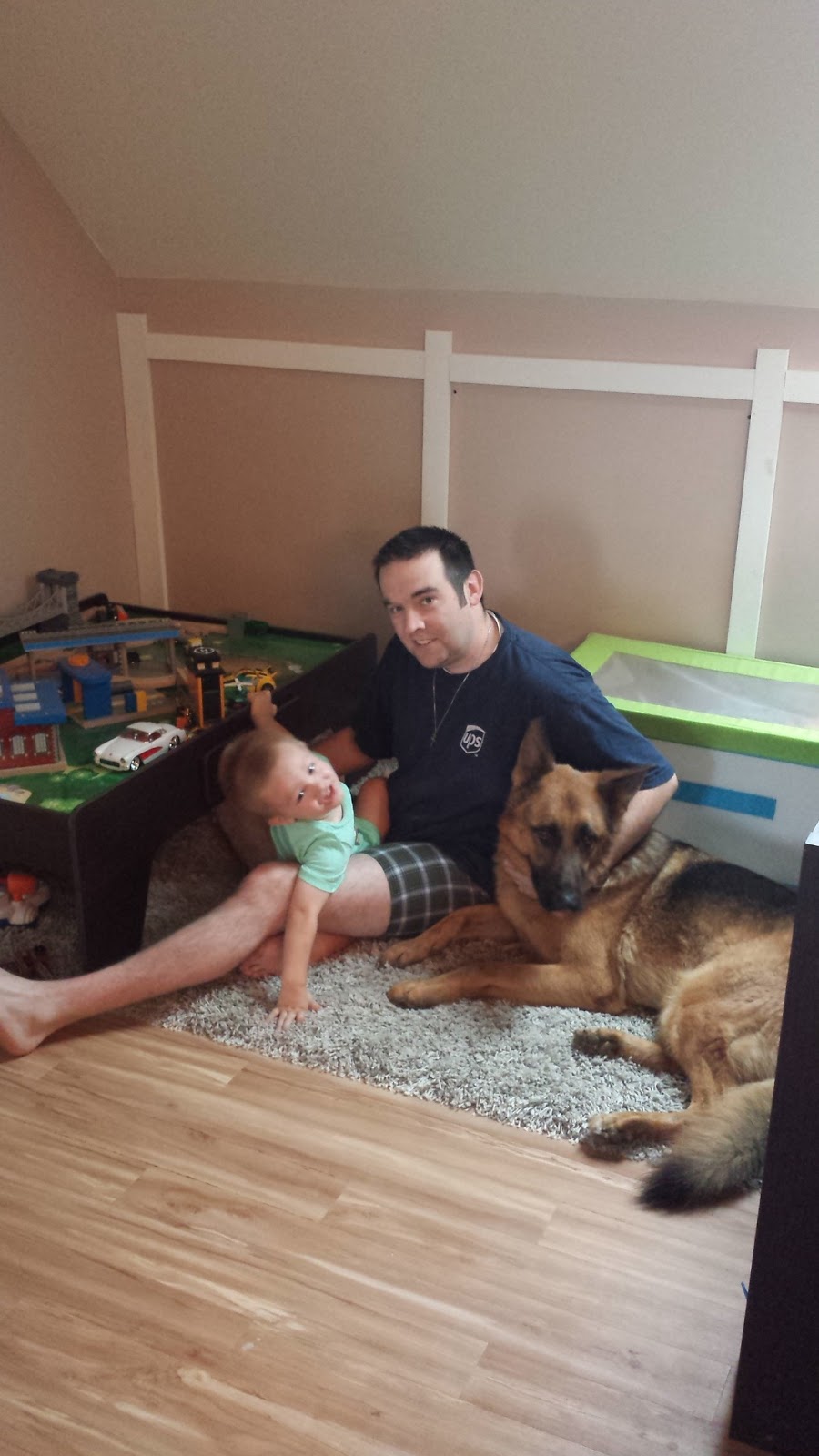 Wednesday I put together an extensive weekend menu with a number of new recipes to try. One thing I miss about working part time is the ability to try new recipes more often. I used this weekend and my abundance of fresh blueberries to try a number of new things. It also helped us to not eat out as much and save money. Normally, we blow through a lot of money on the weekend running around and eating out the whole time.
So once we woke up on Thursday from our rain coma I made THESE blueberry biscuits with icing. I was really worried about how they would turn out because the dough was so sticky and hard to shape, but they were wonderful! The icing on top was just the right amount of sweetness and for biscuits they were so very easy. Adam loved the biscuits, but not the blueberries. That man couldn't be any picker. Since the rain was unending I decided to finally bite the bullet and clean the house. Oh how I hate cleaning the house. Since I had the entire day I took my time and organized along the way. I’m was so glad to get it done and happy to be able to take my time without feeling like were other things I could be doing instead. I also managed to make THESE chicken enchiladas for dinner, but they were not so good. I was so disappointed too, because I LOVE chicken enchiladas. Senior Iguanas has the best ones ever (my mouth is watering just thinking of them). I was optimistic that they would be similar, but they were nothing like them. I think a big part of the problem is that it called for four chicken breast. I used four individual chicken breast, but it wasn't enough chicken. Did they mean four full breast? Eight chicken breast? I’m not sure, but that may have made the difference. I’m just not sure I will try them again at least not that recipe. You win some and lose some I guess.

Friday, came with more rain. Adam had to work part of the day so Landon and I spent the morning taking it easy. In the afternoon my Dad and I worked on cleaning his porch. We took everything off the porch, pressure washed it and re-organized everything. Just another step in getting that man organized. There are two BBQ grills on the porch and we cook out about every other night during the Summer so we spend a lot of time on the porch as well. It’s a great place to hang out while Landon plays in the yard. That evening we had to move the cows. My Dad owns about 20 cattle and they've been on a neighbor’s farm for the last month while the pastures on his farm rest. It was time to bring them back home which requires getting them out of the pasture, walking them about a mile down the road, and getting them into the other pasture. This is the about the fourth time we've done it, but this time Landon got to help (by sitting in the truck watching). 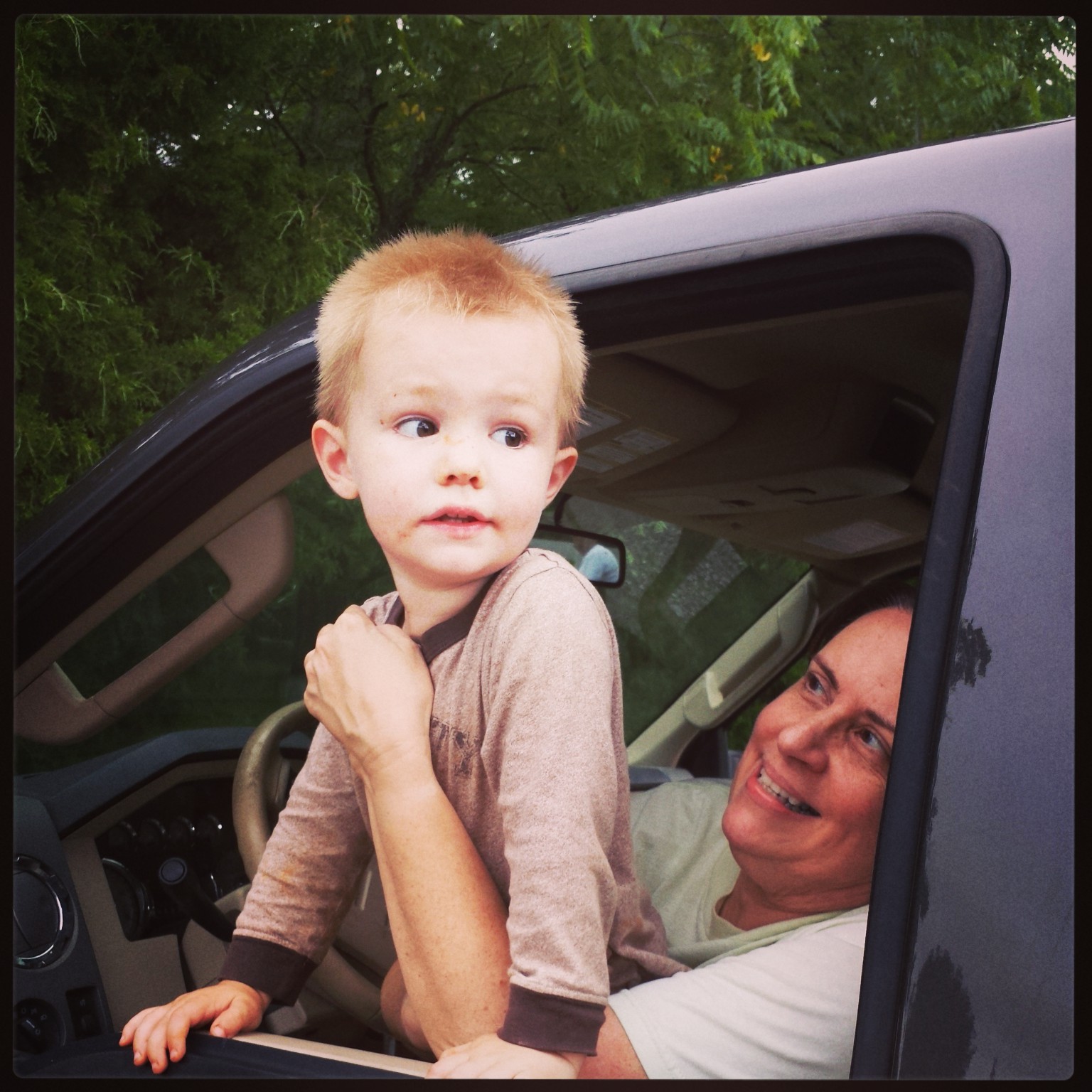 I think he may be a little farmer one day. He loves the cows, tractors, being outside, and helping. He’s glad to have the cows back home so he can see them more. In about a month they will start giving birth and while cows aren't very cute, baby cows are so adorable!

Saturday morning I made THIS cinnamon toast. I remember eating cinnamon toast when I was a kid, but haven’t only made once as an adult. I've been seeing one cinnamon toast recipe pinned over and on pinterest so I decided to give it a try. I’m glad I did! Unlike the enchiladas, this recipe was a big success with the whole family. Easy as can be, fast, and oh so yummy. Adam wants me to make the biscuits from Thursday morning with the cinnamon from the toast and an icing. I might give it a try for him this weekend. The weather was finally clearing up a bit and so we had a cook-out. I made THIS Greek pasta salad and a blueberry cobbler. The blueberry cobbler recipe is one my in-laws use and shockingly not from pinterest, but I’ll share it in the next week or two because it’s delicious and super easy to make. The best part is you can use substitute just about any fruit for the filling. I also made a sausage, cheese and cracker plate with the sausages that Matt and Marty brought Adam back from . 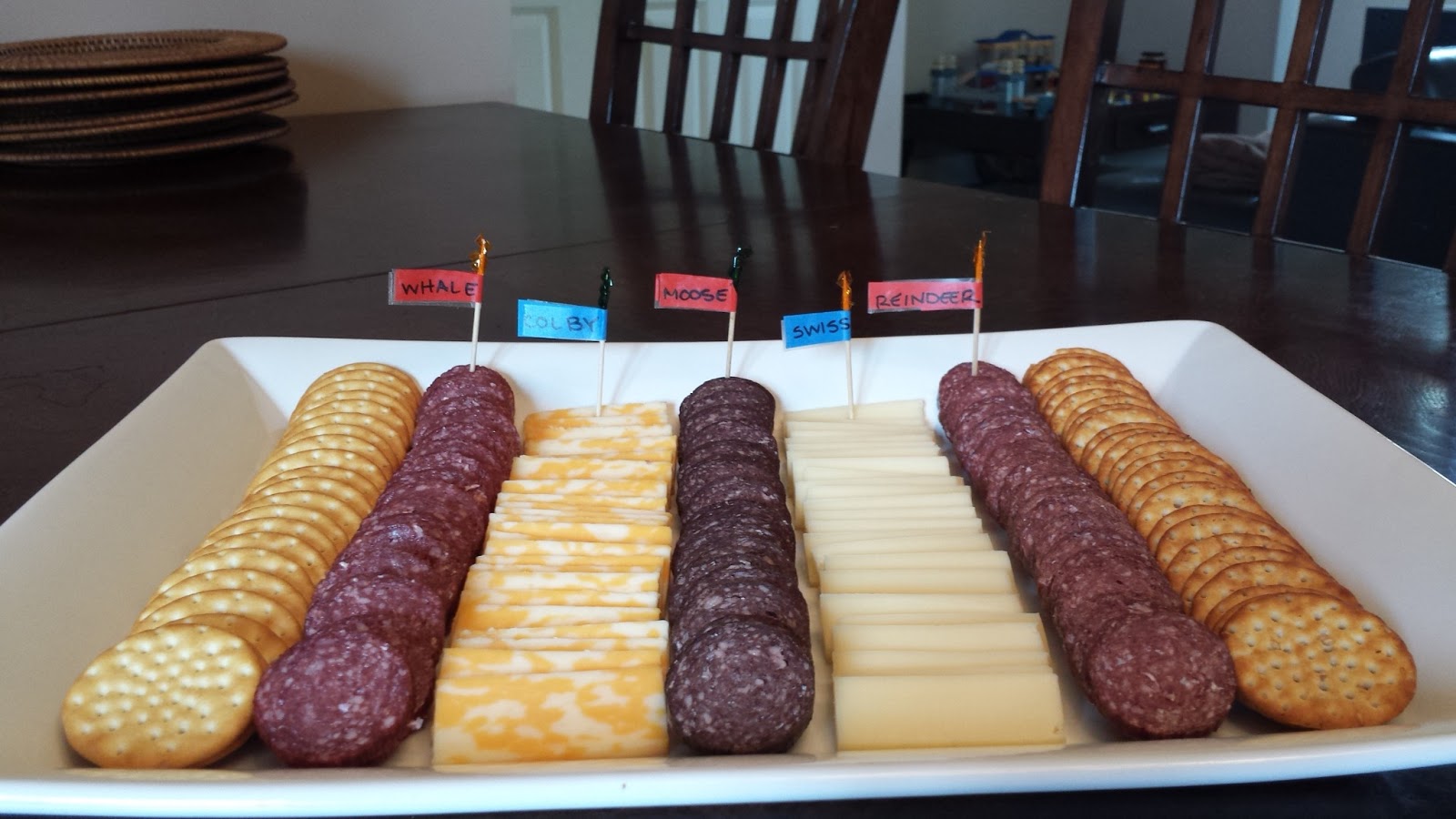 The whale and reindeer were not bad. Adam has decided that whale is the cow of the sea and he’s right. However, the same cannot be said about Moose (pictures in the middle). After cutting it up and watching Adam try it, I just couldn't bring myself to put it in my mouth.

Sunday I had to work. This week will be my first full work week since Memorial Day. I’m not sure I’m going to make it. Not only that, but I have exactly 37 work days until I get another day off!!! It seems so far away. But, I made it through my Monday and when I got off the sun was shining and the pool was calling. I had to go fulfill my lifeguard duties and get the pool sparkling clean for this weekend’s guest. Adam and Landon met me there, we all swam for a bit and Landon jumped off the diving board 1,000 times. Adam’s Mom was there as well and although she still can’t swim, she's getting around and doing great. You would never know she just had her hip replaced. After a little swimming, we went to dinner and then home to relax and get ready for the work week. 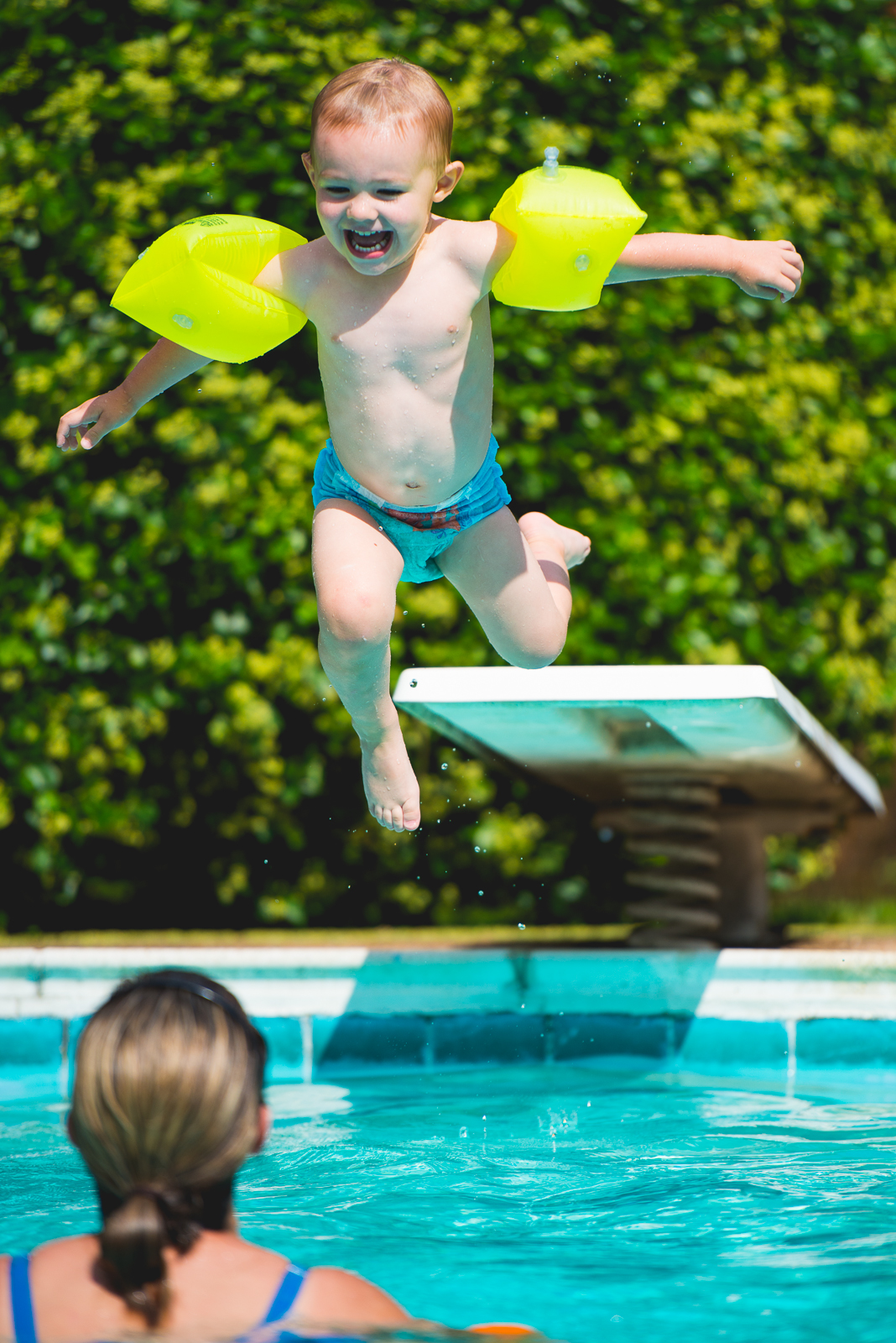 I had made a lot of plans that actually fell through, but it was still a very enjoyable weekend. It was a nice change of pace to spend time at home, cook and just relax. We like to fit in as much as we can on the weekends and this weekend was suppose to be really busy, but every once in awhile it’s good to just take a breather. I can thank the rain for a little rest, relaxation, a clean house, clean porch and some yummy new recipes. It’s all about making the best of it!