My most adorable friend celebrated a big milestone birthday this year while her husband just happened to be out of town on a birthday trip of his own. Originally, we had wanted to have a girls weekend in Nashville, but the timing just didn't work out for me. So instead, we opted for fun day in Kentucky which included a tour at the Jim Bean distillery, dinner at one of Louisville's finest restaurants, and a show at a comedy club.
Mary, the birthday girl, discovered a love for Bourbon earlier this year and so we thought a trip to the distillery, something none of us had ever done, would be a lot of fun.  Kentucky has a bourbon trail which creates a path for you to visit eight of the largest distilleries in Kentucky, but they are spread all over and it takes an entire weekend to visit them all. Instead, we narrowed it down to a few of the closer distilleries and after finding out that the Makers Mark distillery isn't in production in August, we settled on Jim Beam. 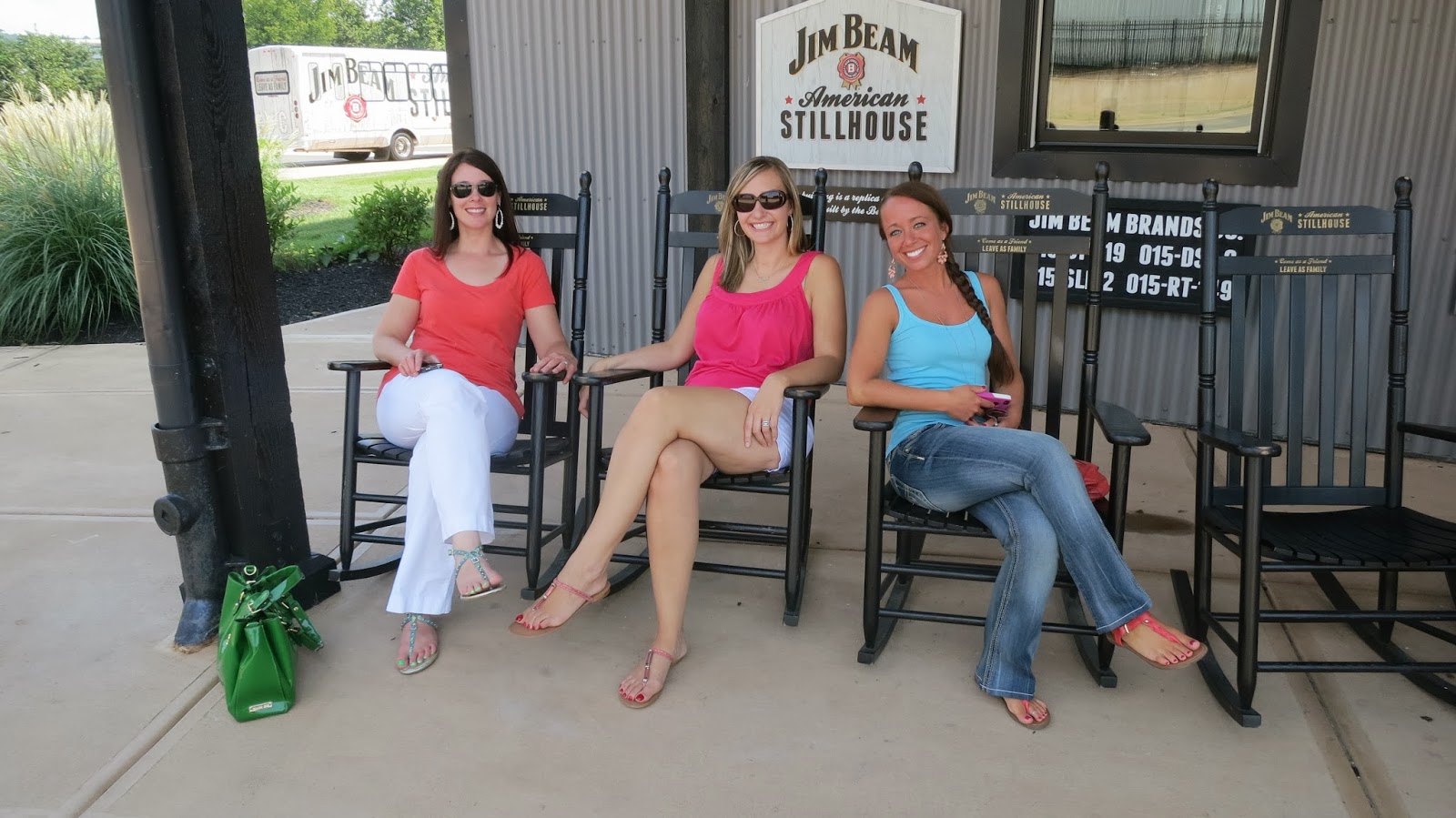 We had a little time before our tour started so we decided to do the tasting first. With each tour you get to sample two different Jim Beam bourbons. Knowing nothing about bourbon, I was surprised by just how many flavors they had.

They give you a card with two credits and when you get decide which flavor you'd like to sample, you insert your card then press the screen above the flavor you would like to try. It's pretty neat...and stingy. 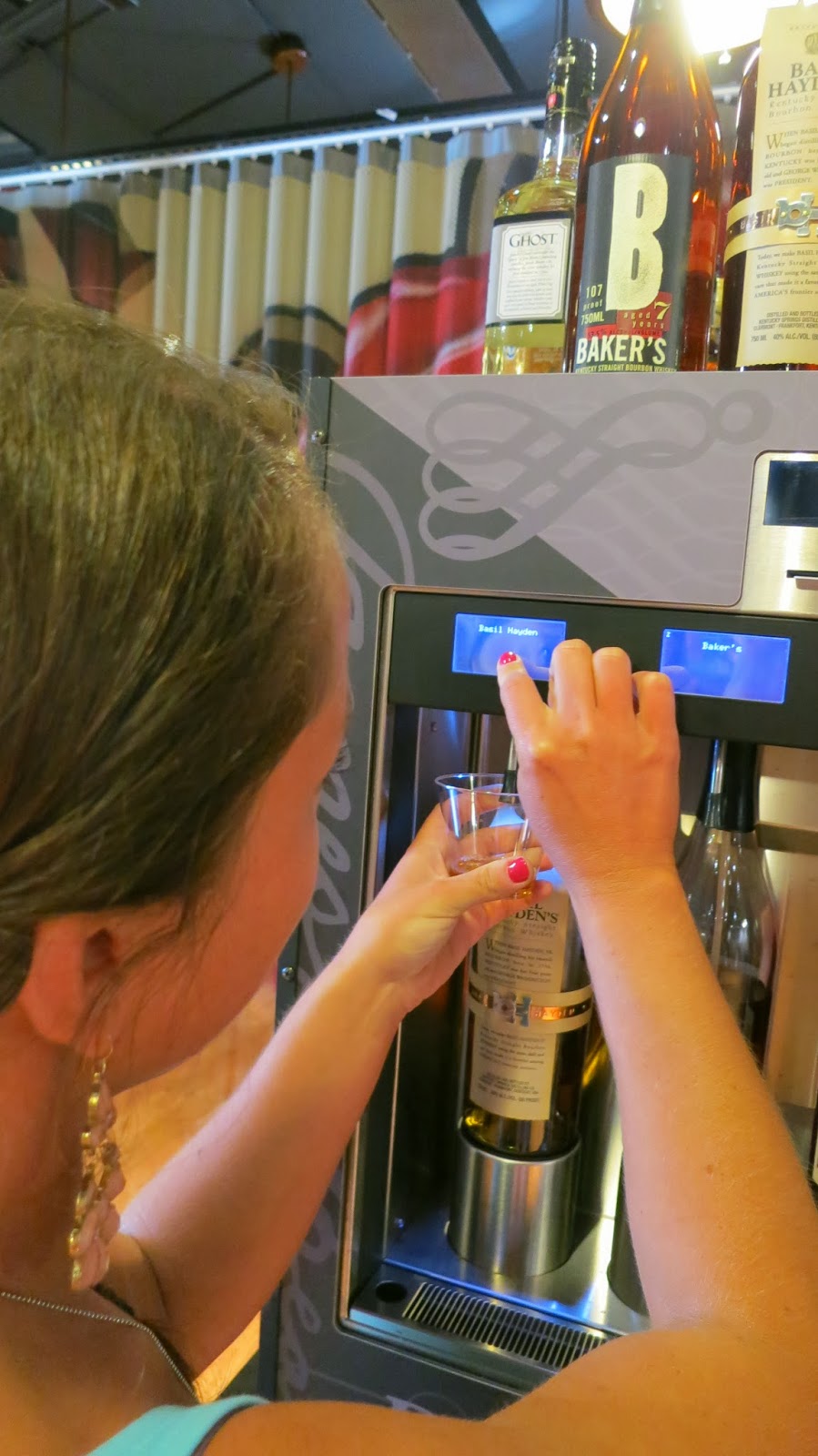 I started out with a honey tea flavored bourbon which was actually drinkable but I wouldn't go as far as saying it was good. I'll stick to wine, thanks. One of the attendants came by before we had picked our second selection and taught us the proper was to taste bourbon. He claimed that if you "chew" it in your mouth that the alcohol will dissipate, the flavor would come out, and there wouldn't be a burning sensation down your throat when swallowed.  After receiving this advice, I decided to step it up from the 80 proof first sampled, to the 100 proof with fruit flavor. How can you go wrong with fruit? Well, I don't know what that guy was talking about, but "chewing" it only made it that much harder to actually drink and once I took one little sip of the 100 proof I was done with tasting for fearing of throwing up in front of everyone. I tried to give Mary the remaining sample, but even she agreed it was too much. I will say that the Red Stag line with honey tea and apple cider bourbons were the best and I can see how some people could actually have a taste for it.

After the tasting we joined a group for a tour of the distillery during production. I don't recall ever being at a production plant and it was quite interesting to see it up close first hand. The building where we started our tour was built the day after prohibition ended. Go figure! I think the most interesting thing I learned is that bourbon is actually clear when first made. What gives it the amber coloring is the charring on the inside of the barrel that it is aged in. Who knew?

During the tour we had a chance to be a part of the production process and make help to make a bottle of our very own bourbon. Our bourbon queen took part. She got to start by sterilizing the bottle with...you guessed it, bourbon. After all, what is better for killing off germs than alcohol? Mary then tagged it and put on the line to for it to get filled, labeled, and capped. 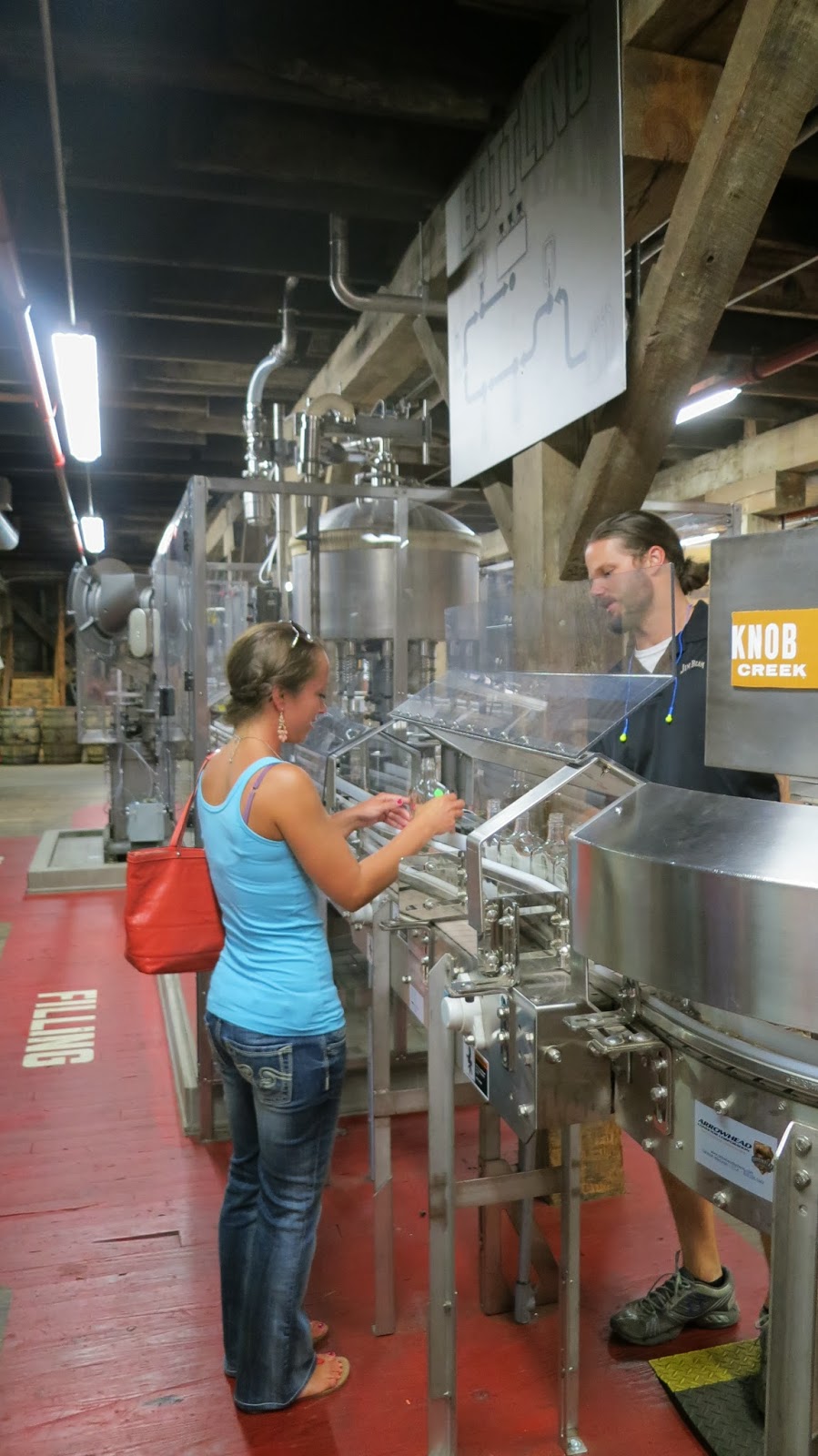 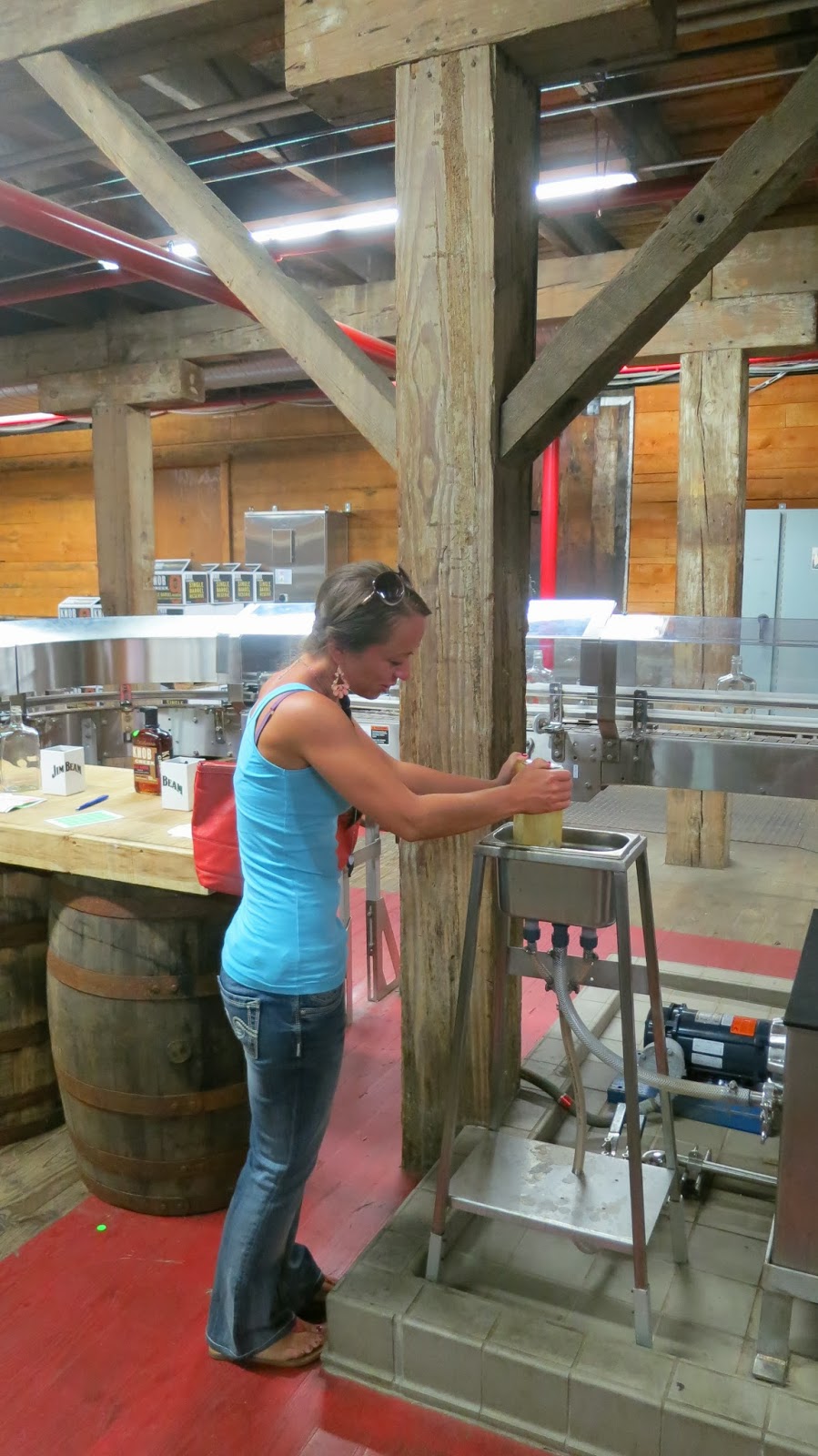 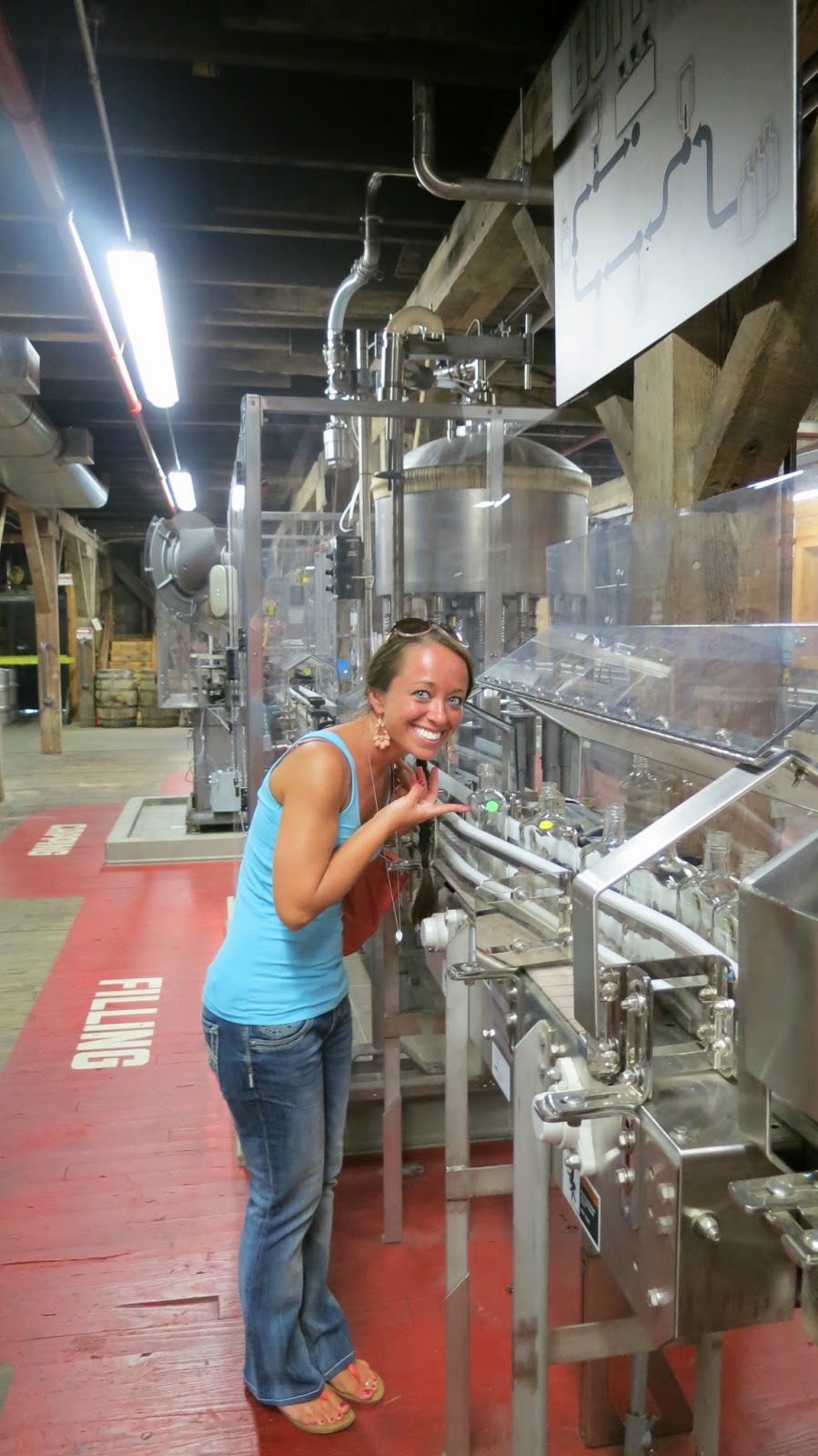 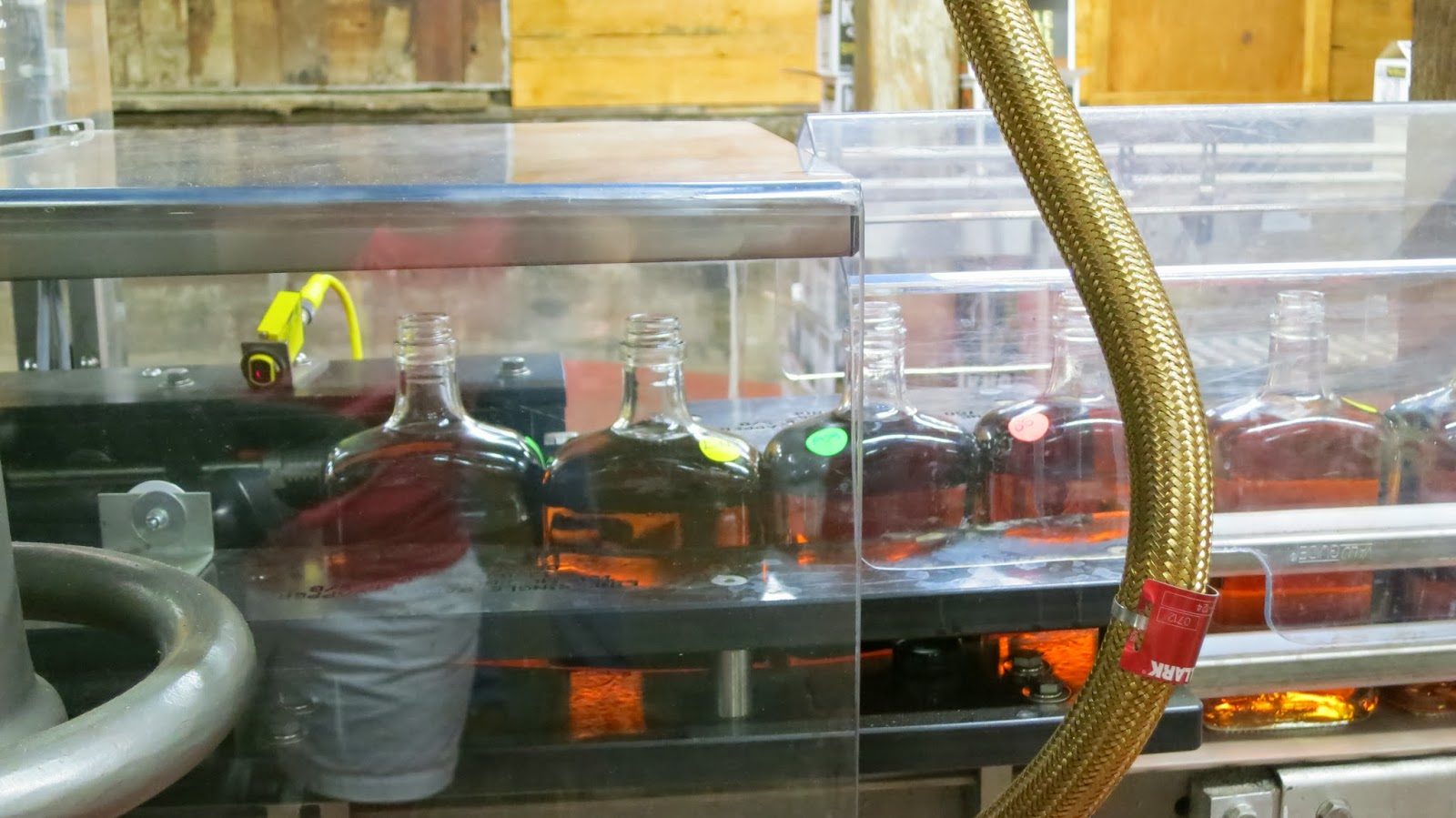 Afterwards, we moved to the main production line and watched as hundreds of bottles per minute were sterilized, filled, capped, and labeled. It was a pretty amazing process to see. Once the tour was over we headed to Mary's house to get changed and ready for dinner. 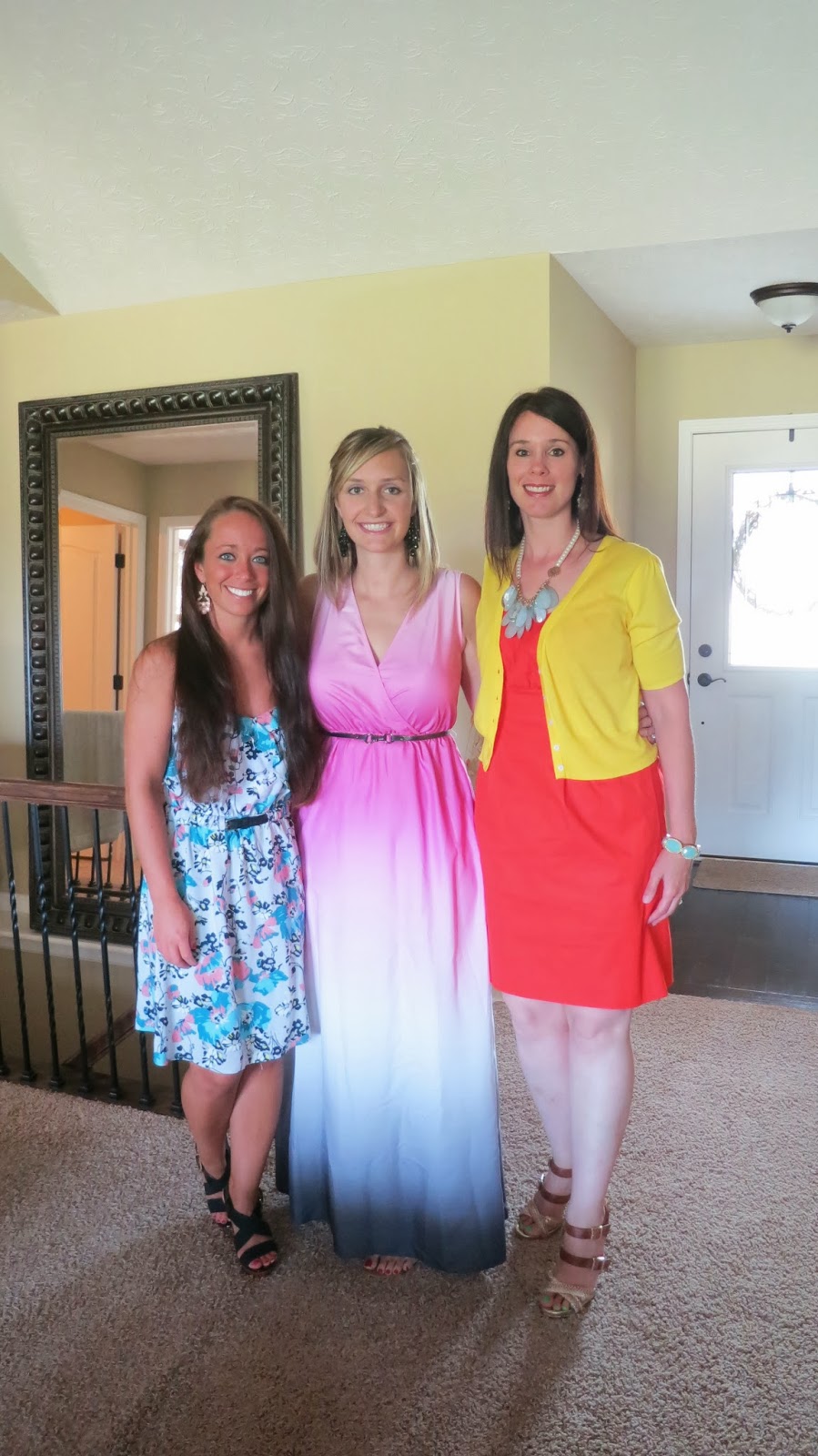 Mary's favorite restaurant is Eddie Merlot's and it did not disappoint. Mary had told us that they had the best strawberry mijotos so we started out dinner with some and a delicious sweet and spicy shrimp appitizer. For dinner each of us ordered a steak, my filet was amazing! The sides come family style so we shared lobster mac and cheese, tempura green beans, and roasted garlic mashed potatoes. Mary and I also split a bottle of Riesling. Yes, it was practically glutenous the amount of food and drinks we consumed, but it was amazing! Every.Single. Bite. I think the lobster mac and cheese was my absolute favorite. I'm practically drooling right now as I think about it. The food was fantastic, the atmosphere was wonderful, service was great, and the company was perfect!


We must have mentioned at some point that it was Mary's birthday because they brought her a red velvet cupcake, which, of course, was amazing as well. Although I think she was actually more excited about her gourmet coffee complete with fresh cream and chocolate shavings. I'd take the cupcake over the coffee any day, but what do I know? 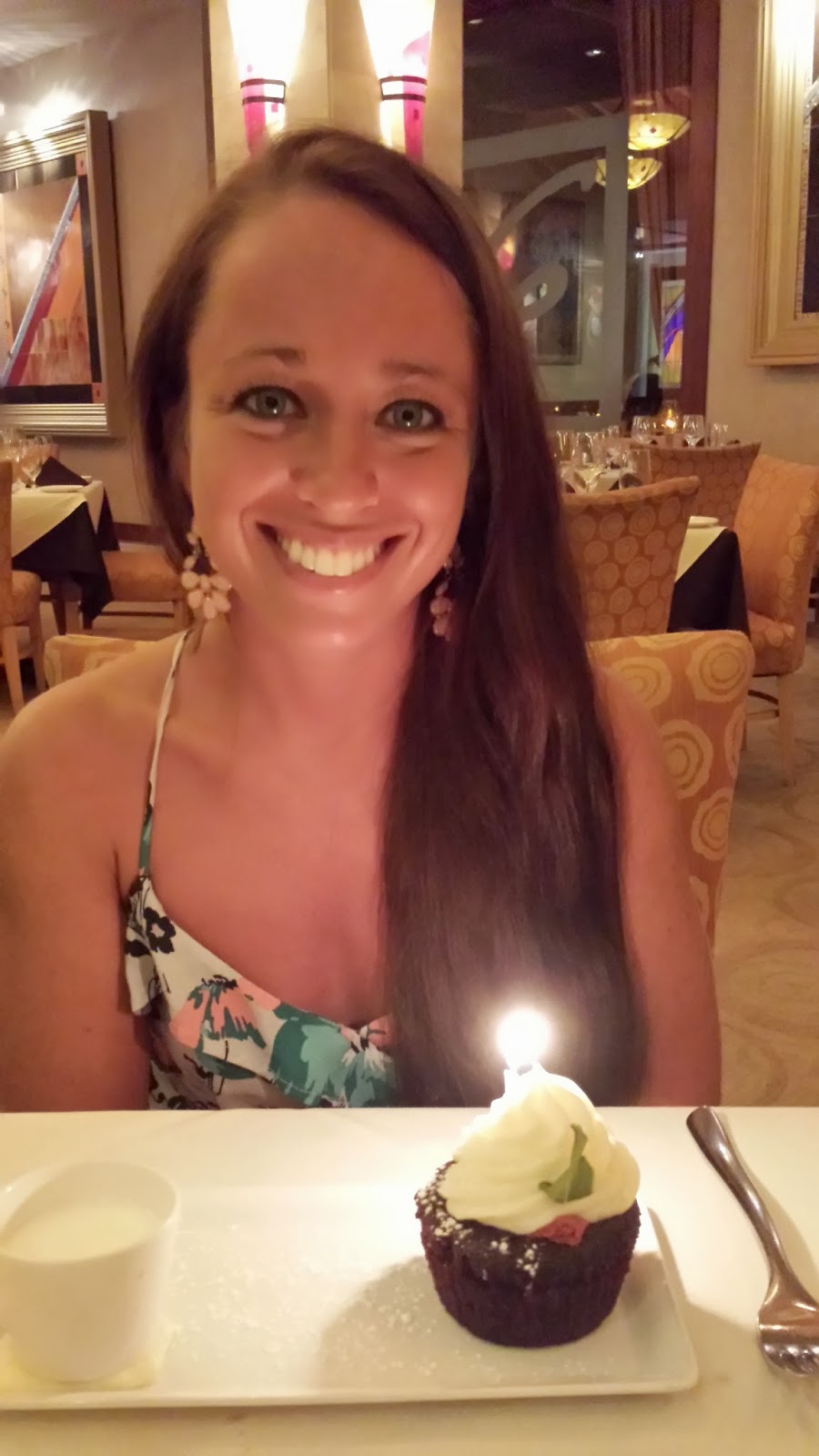 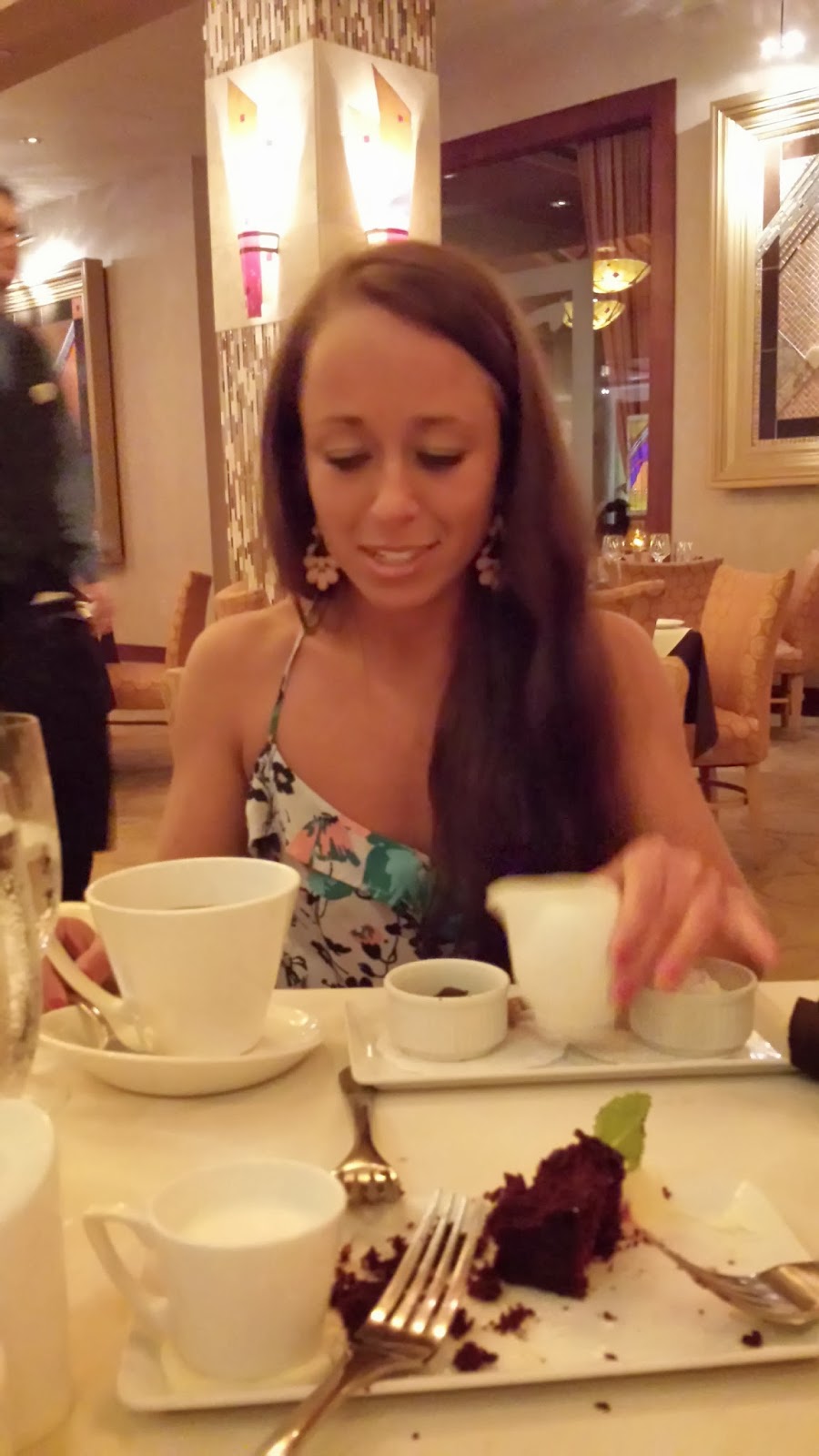 After dinner we enjoyed a show at Comedy Caravan followed by a drink at a nearby bar. Typing about the day it sounds like an alcohol induced marathon, but it wasn't that way at all. I know it wasn't my birthday, but it could have been. And even though the day was supposed to be about Mary, I know that Marty and I enjoyed every bit of it just as much as her. I could hang out with these two 24/7 for a year and never grow tired of them. Friends are a true treasure in life and I sat at dinner with these two girls, knowing it was one of my last day's in Louisville, my heart was full of love and happiness knowing how blessed I am to have these two by my side. Stay tuned for the Nashville girls weekend this group's adventures are just beginning.