The Good, the Bad and the Ugly

Life can be crazy...seriously. I know this already. I've faced some real highs and real lows, but sometimes it feels like when it rains, it pours. Needless to say, we've been getting pretty wet these last few weeks. It hasn't been without it's good moments though too. So here's a breakdown of what's been going on.

The good...this is the easy part. The good comes in the form of our weekends. The last two have been really great. It's busy season for Adam right now so our weekend together as a family starts Saturday afternoon and ends Sunday night. It's not ideal, but it's short lived and we've been managing to pack a lot into those few hours.

A few weekends ago I went to my friends house for a Sips and Strokes painting party. I was very hesitant to try one of these since I lack the ability to draw a straight line with a ruler, but it was actually a lot of fun and something I would really like to do again. The teacher may or may not have helped me, but if she did it was only once. 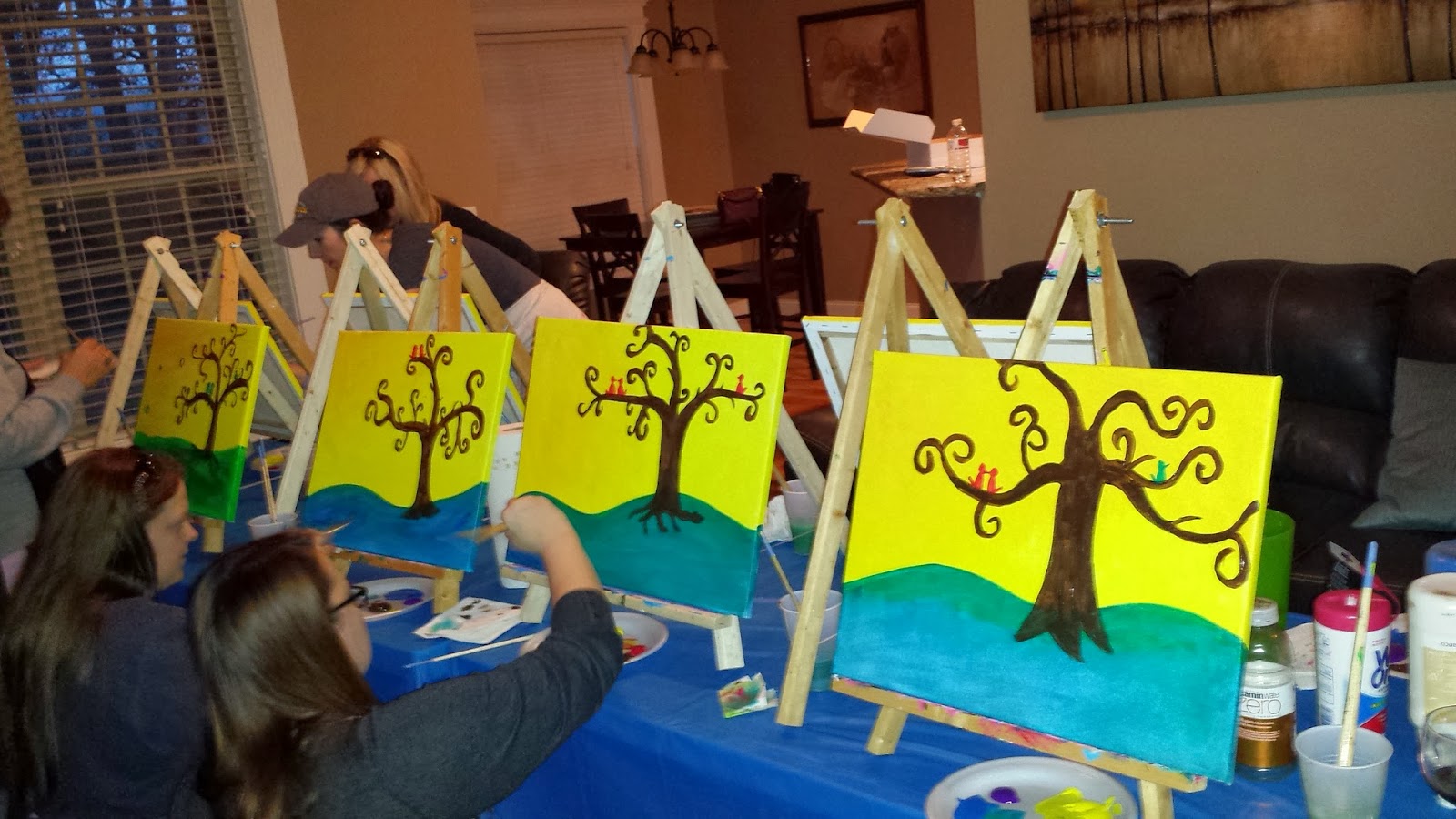 I'm not quite ready to quit my day job, but I was pretty happy with my finished product and now I understand why people like to do this so much. 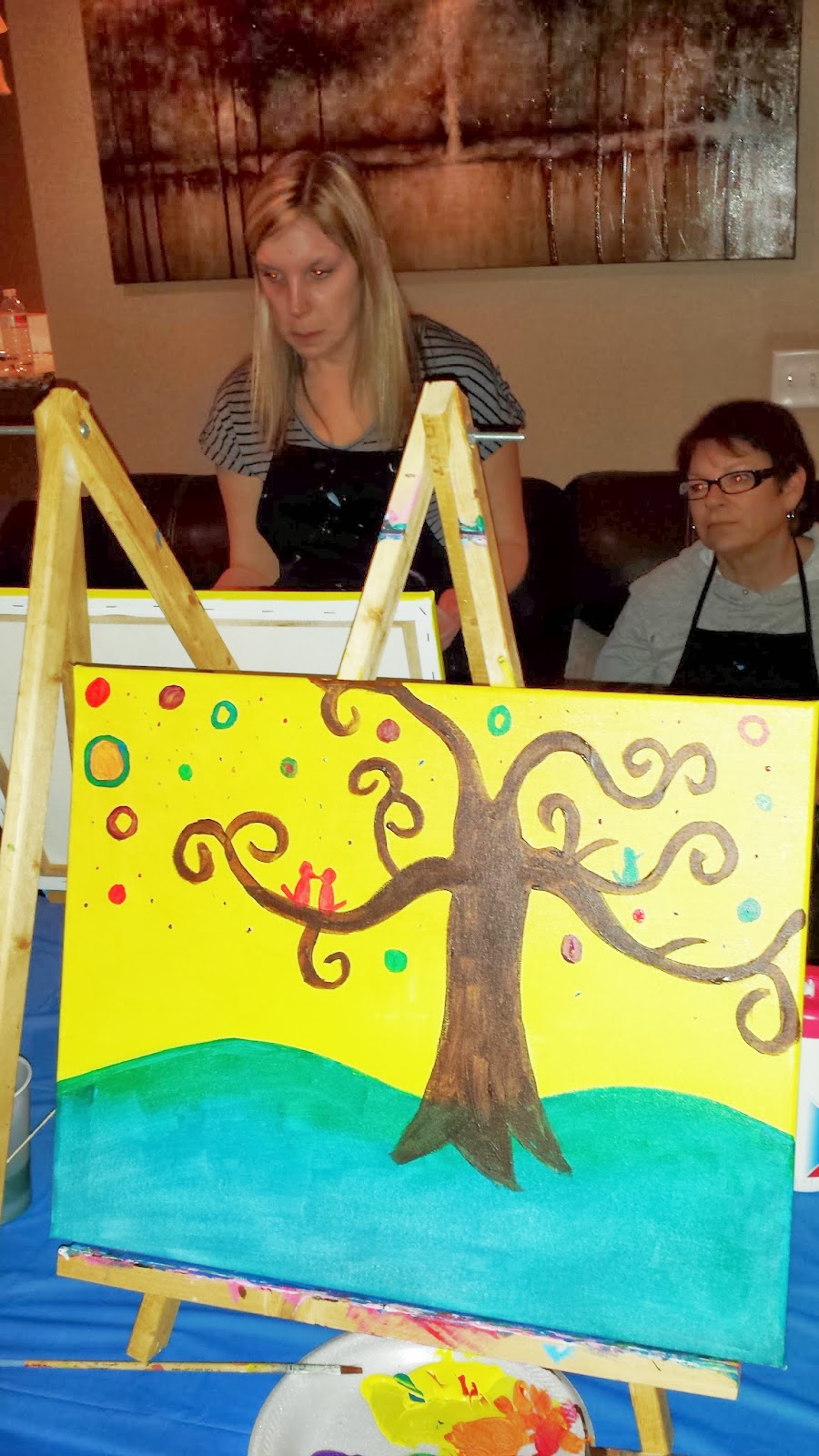 Two weekends ago we drove to Louisville to celebrate Taylor's 7th birthday. Nothing makes you feel more old then seeing kids grow up. 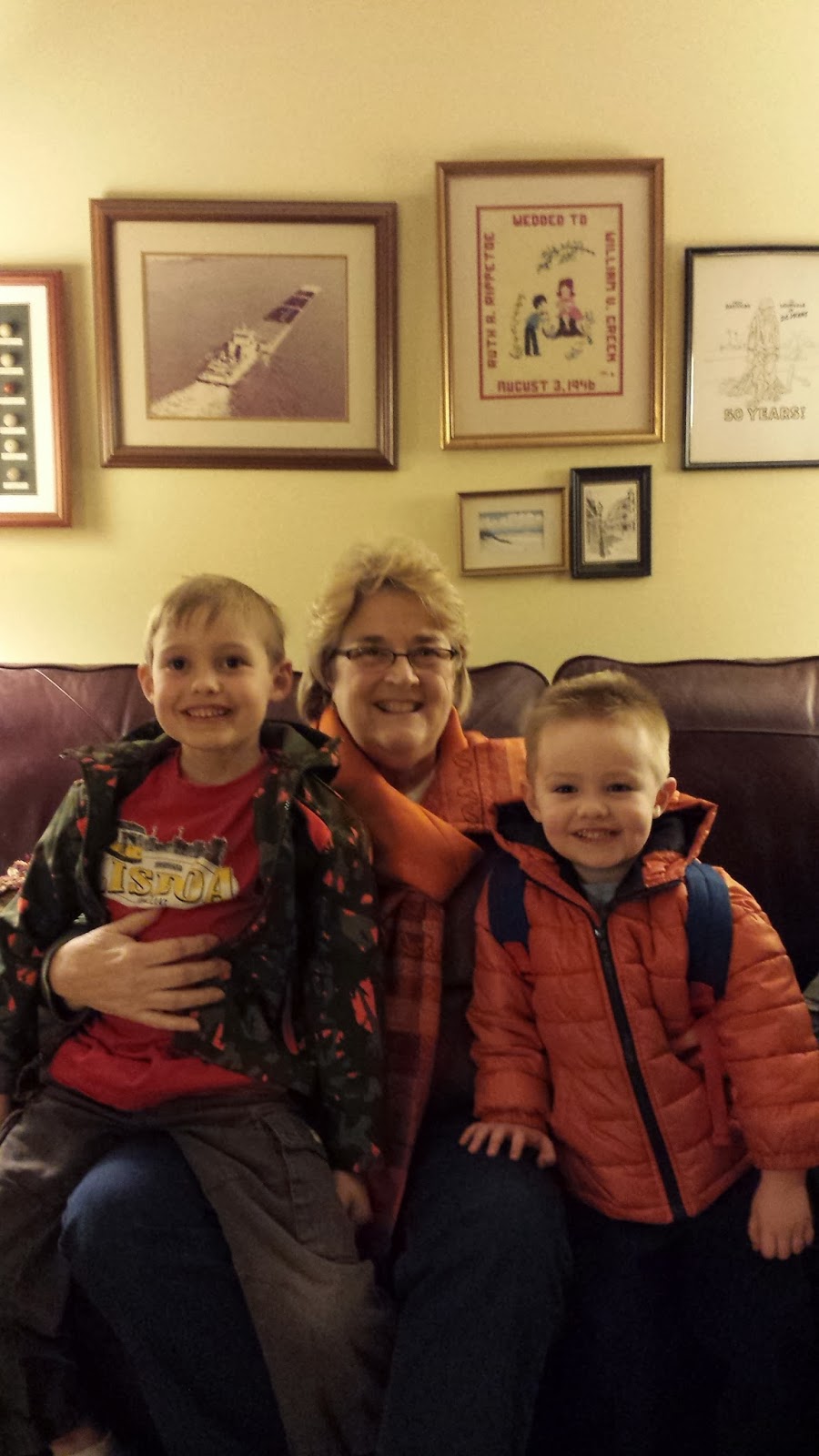 Landon spent the night with his cousin which allowed Adam and I to FINALLY do something without a kid! That is rare these days, so we used it wisely and went to a winery. We met up with my Dad and our friends for the Valentine's wine and chocolate pairing at our favorite winery. Heaven! 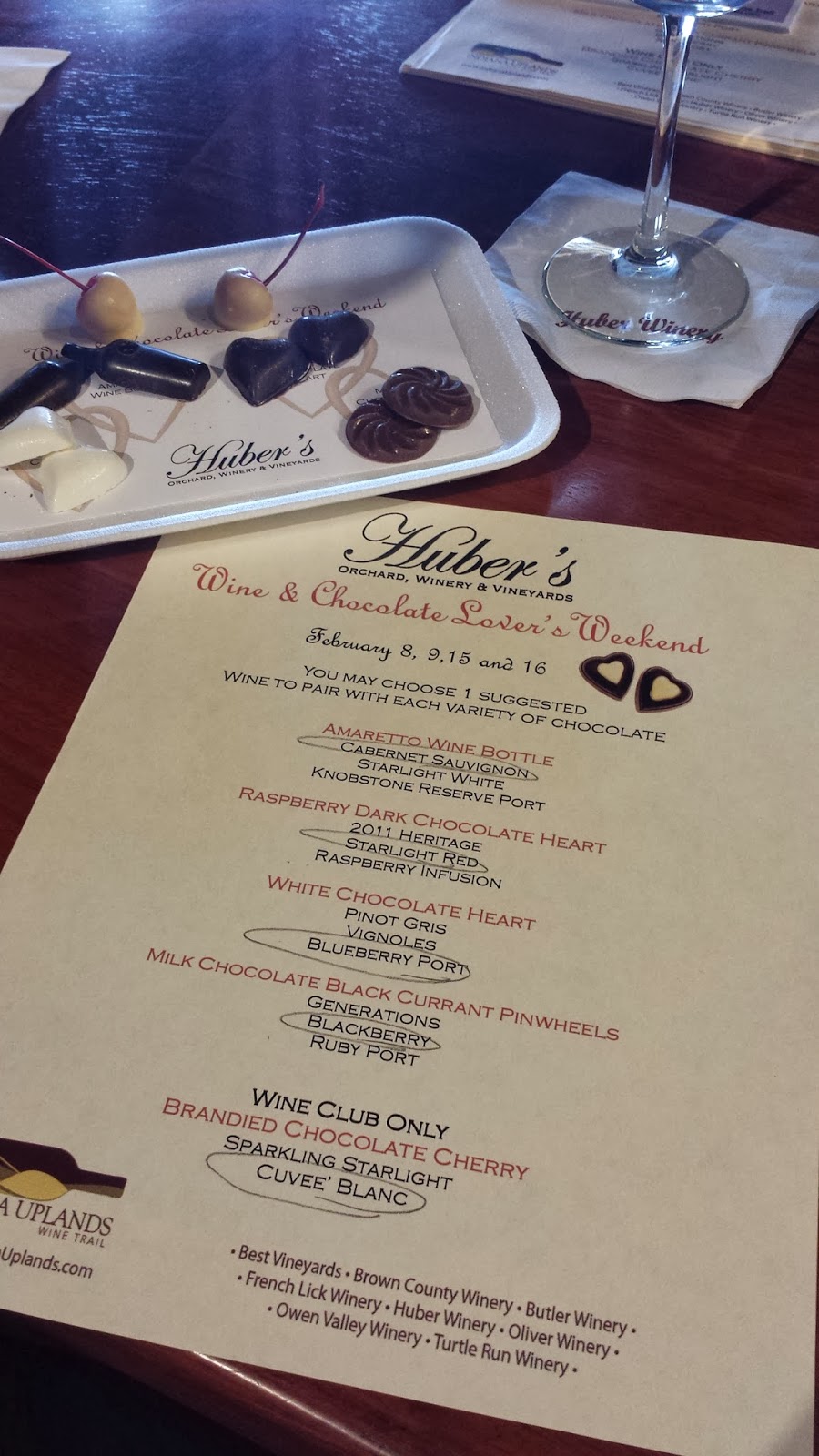 Non-drinkers are not pictured, being Adam and Cathy. We all had a great time though and were able to take a tour of the cellar and distillery. 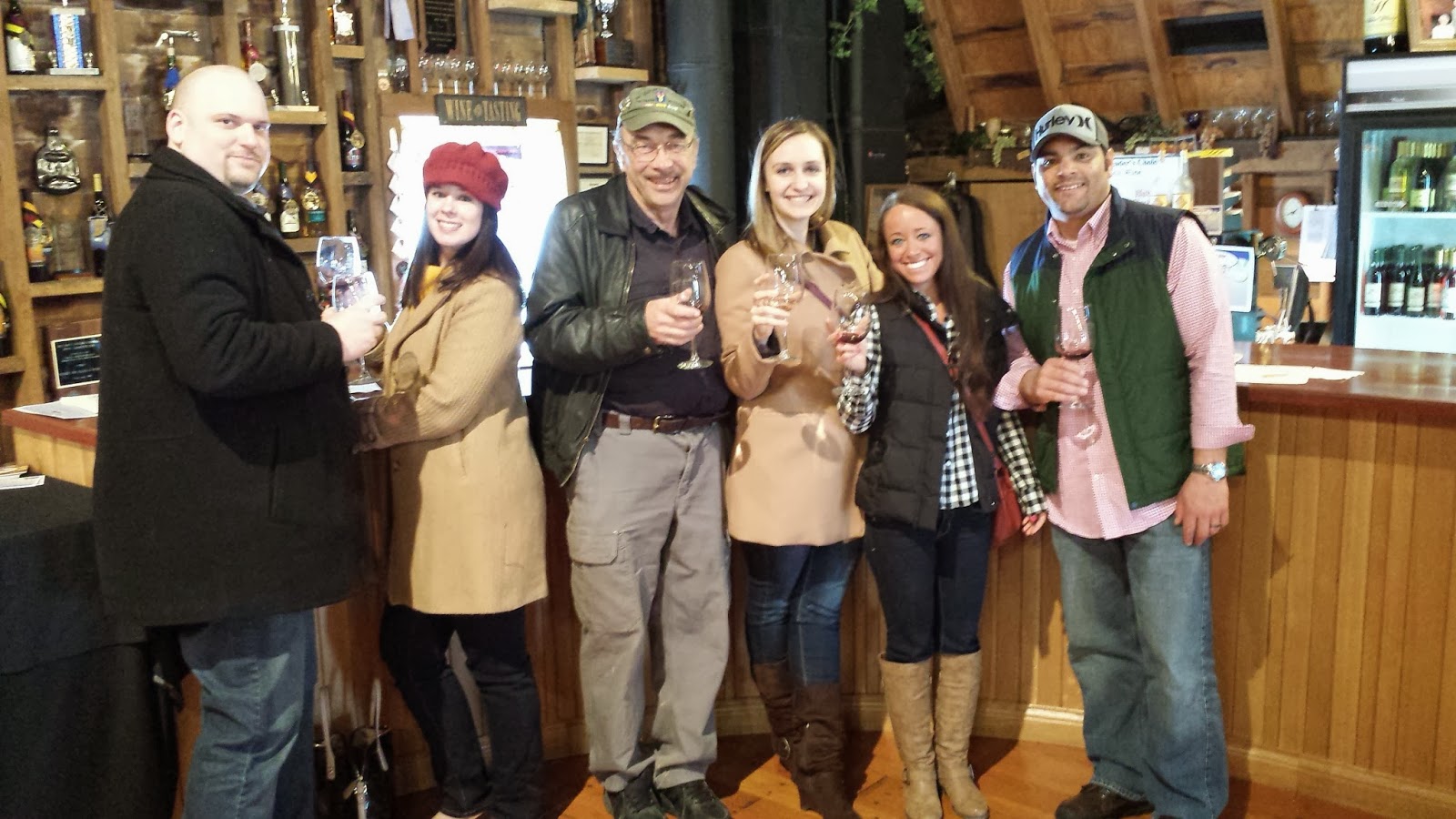 And although EVERYONE around us has received snowfall this year, Nashville hasn't gotten a single snowflake. We were pleasantly surprised with the amount of snow in Indiana which made for a beautiful setting in the vineyards. 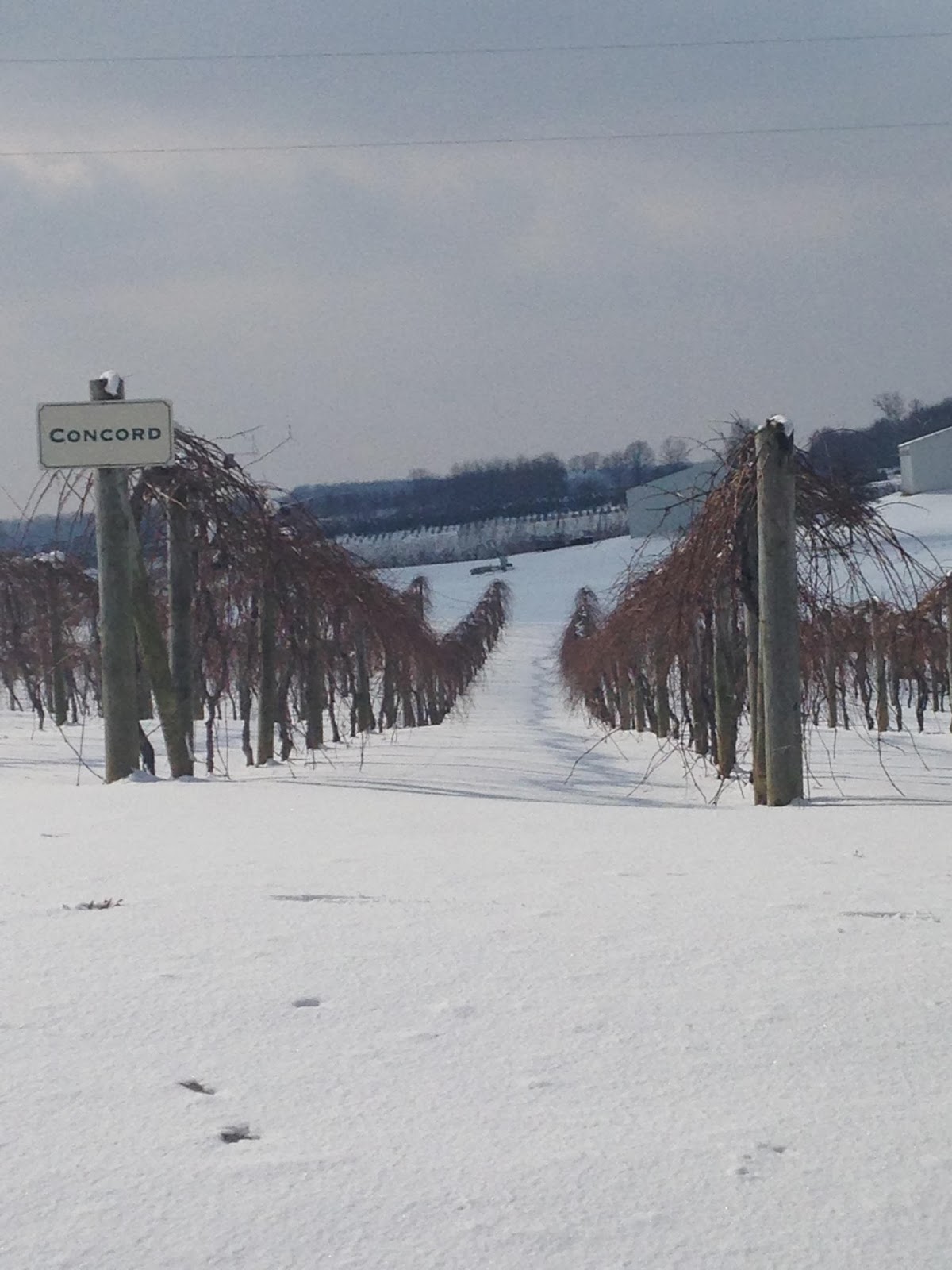 Fast forward seven whole days and one thing that made this weekend so wonderful was the 70 degree weather we had on Saturday!!! While Adam worked, Landon and I spent the entire day outside (along with the rest of the city). I wanted to explore a new park so we headed over one of the most popular parks for kids. We lucked out hitting the playground at 12:30 when most kids were at home having lunch and taking their naps. Now we always go around that time to avoid the crowds. We took a break for lunch where we continued to enjoy the nice weather. I think the highlight of my weekend was being about to eat lunch outside  while soaking up some sun. 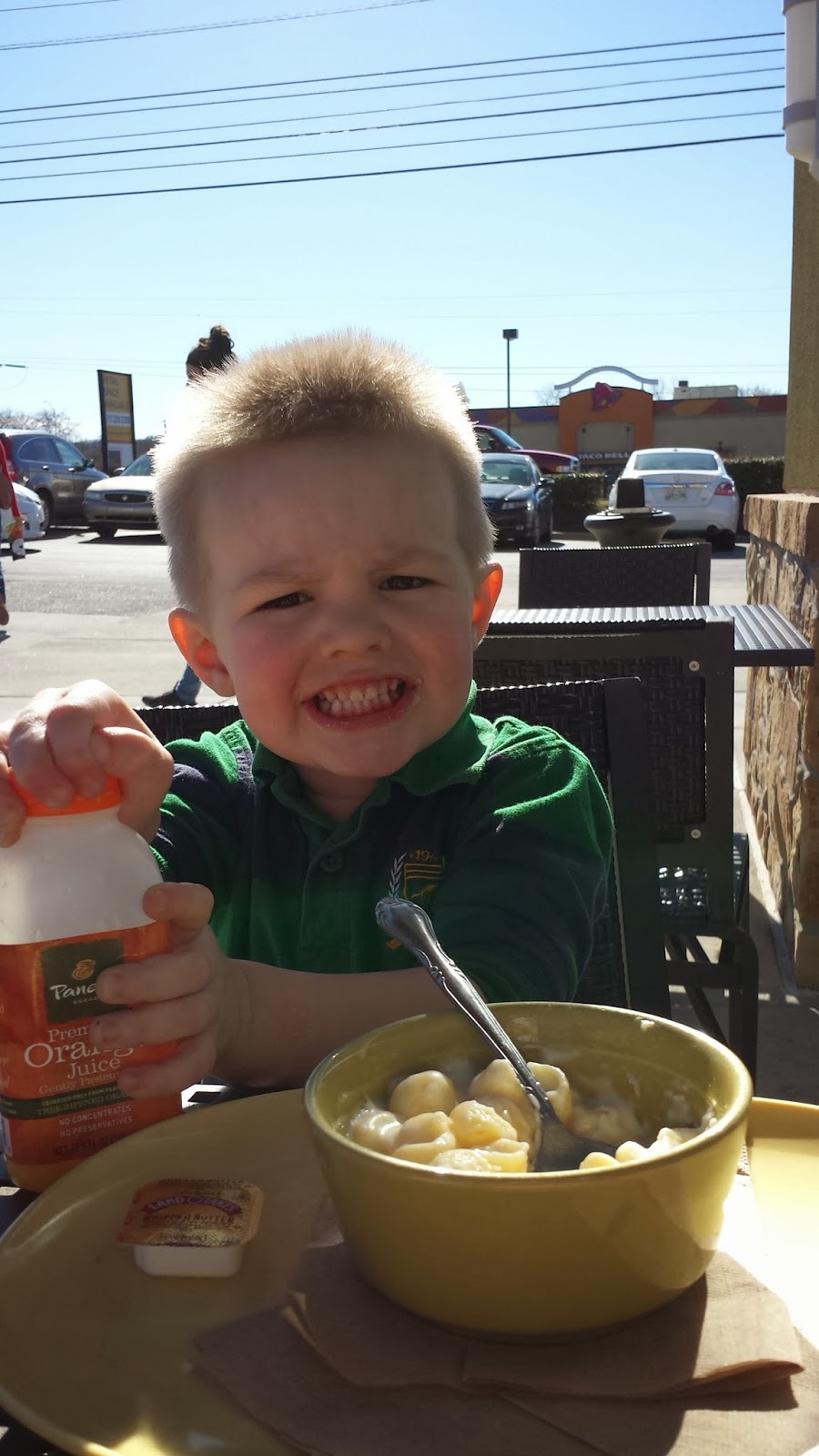 Sunday, we took a long, rural, drive to Northwestern Tennessee to see the Bald Eagles at Reelfoot Lake. Reelfoot is known as a winter ground for Bald Eagles with more than 200 in the peak months of January and February. While some stay year-round, the bare trees this time of year make for the best time to spot them. After a long drive we boarded a school bus for a lakeside tour. Our first sighting was a large nest, but there were no eagles. Eagles build and use the same nest for life. They can weigh as much as two tons and be as large as 9 feet in diameter. While the average is only 5 feet in diameter, it's a pretty impressive sight to see. 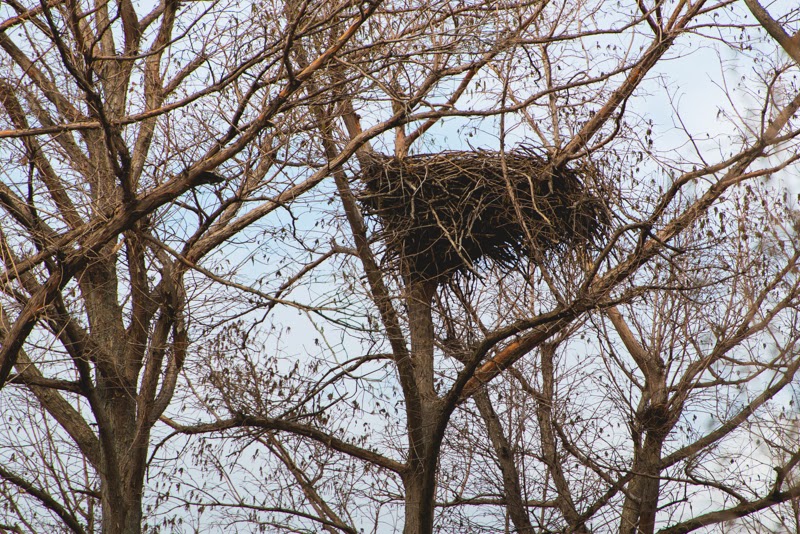 A few minutes later we spotted a pair of Bald Eagles in a tree, but they quickly took off. It's impossible to easily distinguish between a male and female. Surprisingly enough a baby will be full size within three months of birth, but won't have the while head or tail until it reaches maturity around 5 years of age. 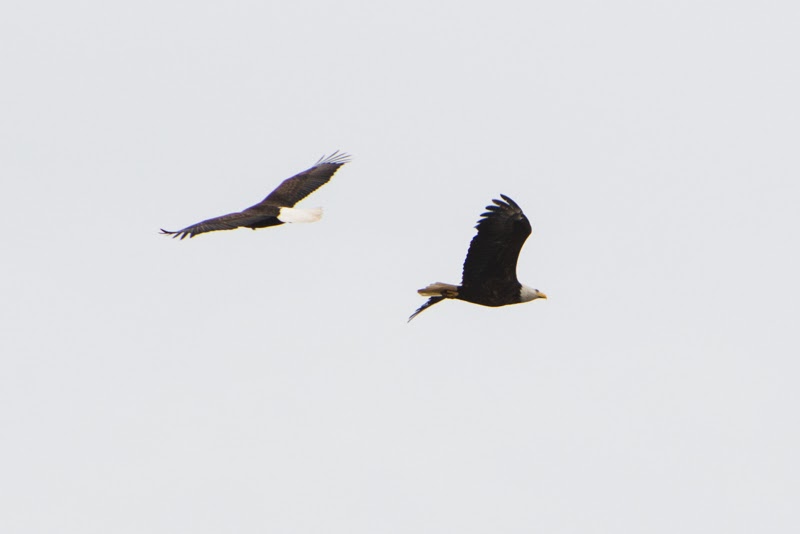 Driving around we happened upon one in field all alone. 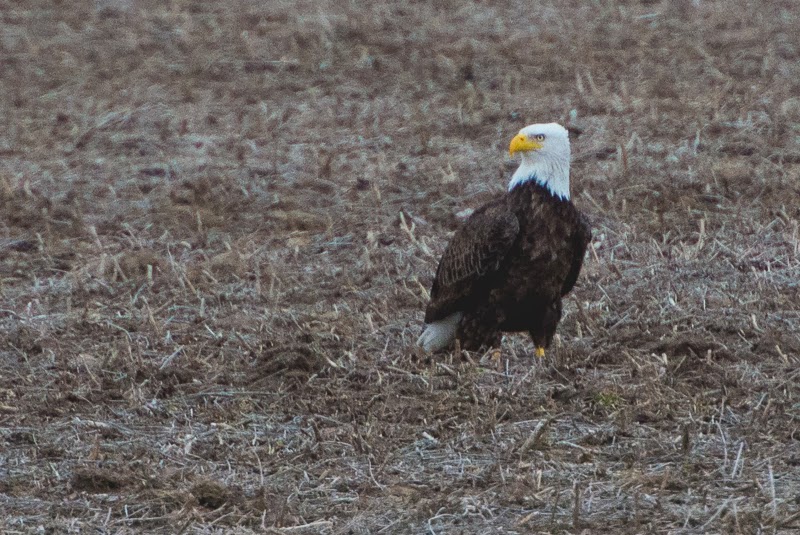 Being only a few hundred feet from him, it wasn't long before he took off as well. It was quite a sight to see these majestic birds flying around. 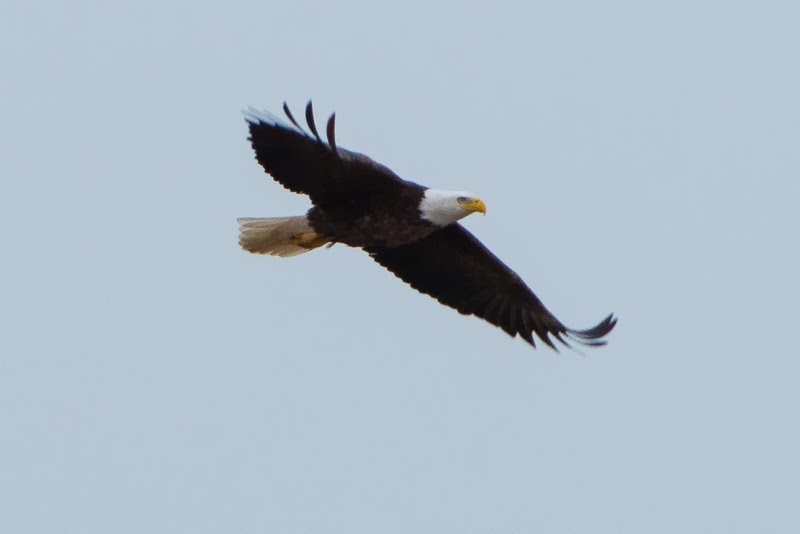 I know Landon was most excited about actually getting to ride on a school bus as he knows school buses are for bigger kids, but he also enjoyed looking for the eagles and looking at them through the binoculars. We plan on going back in the summer to try and see some young one and spend some time of the lake. 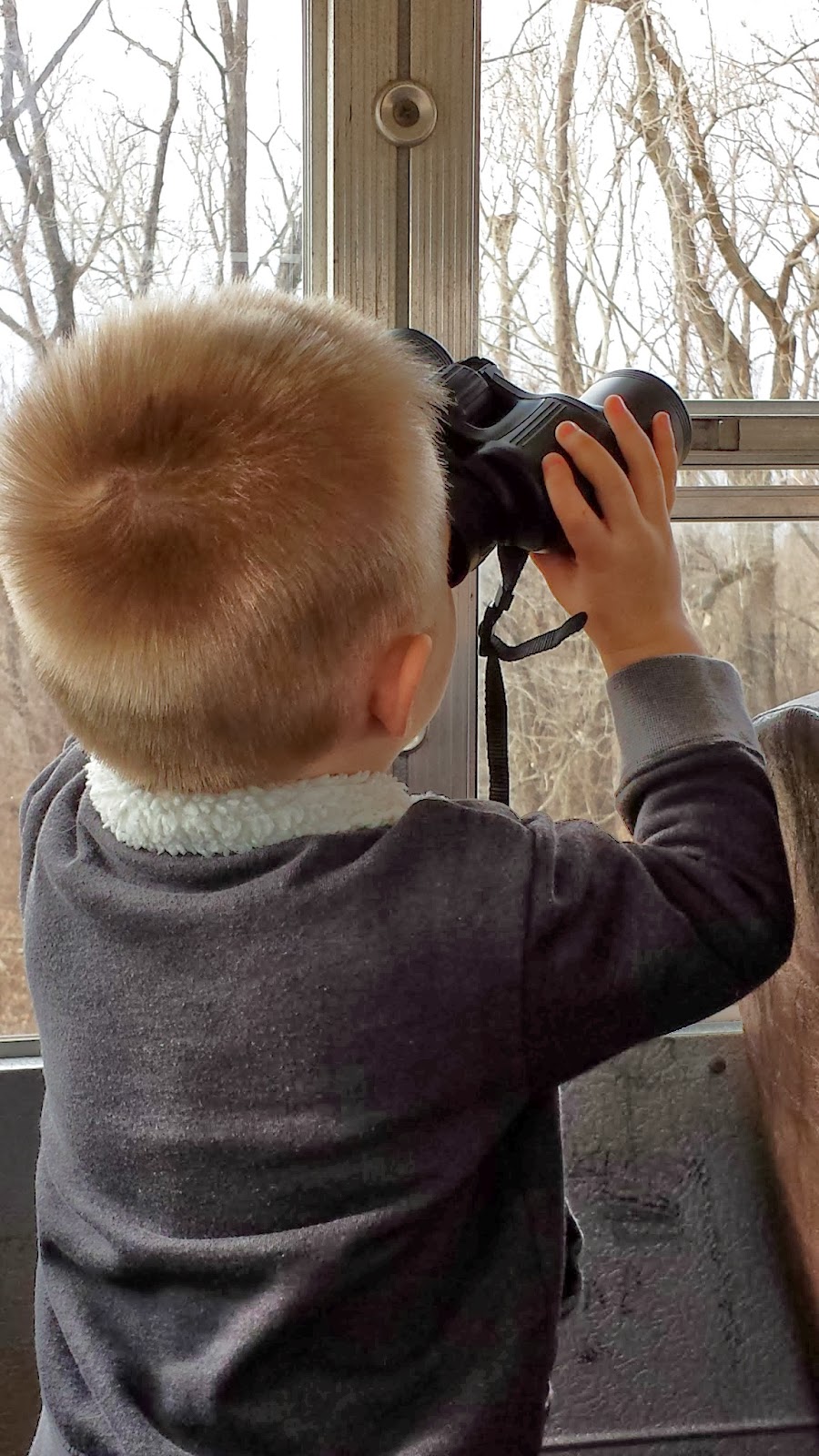 So there's the good of recent now onto the bad. Adam worked at a client right next to Reelfoot Lake a few weeks ago. On their last day the client took them to the local science center of sorts called the Discovery Center. At the end of the tour you an option of going down either the escalator or a gigantic slide inside a metal man sculpture. 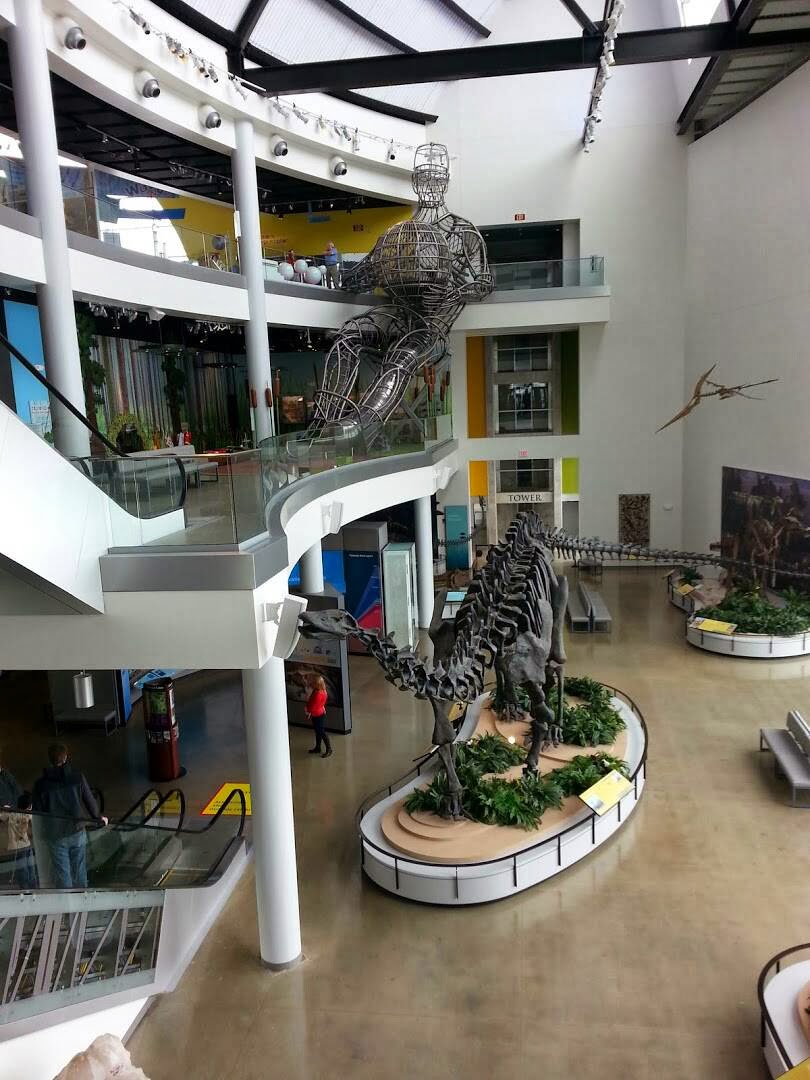 Being who he is, he choose the slide and didn't quite nail the landing. Instead he ended up at the local immediate center with a cut-open and broken big toe. Unfortunately, there was little the immediate care center could do for him so when he arrived home we headed to the Vanderbilt ER to basically spend the night. To make matters worse, kids are not allowed in the ER and so Landon and I spent 5 hours inside the car in the parking lot waiting for him. Not too fun for any of us. Adam getting the worst of it having to endure shots in the toe, removal of his toenail, stitches and crutches. 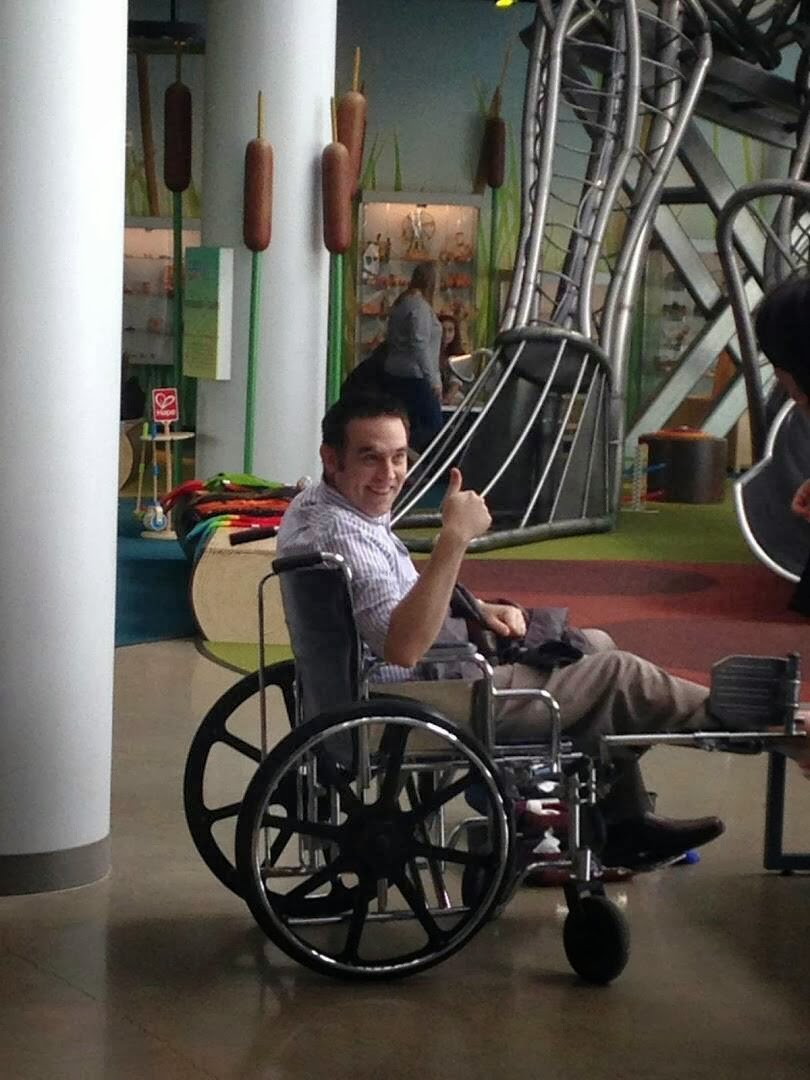 Lesson learned, there comes a time when you no longer play on slides.

A little more bad...we are a one tv family, so when the lamp in our DLP goes out, we are without tv in the Lewis household. 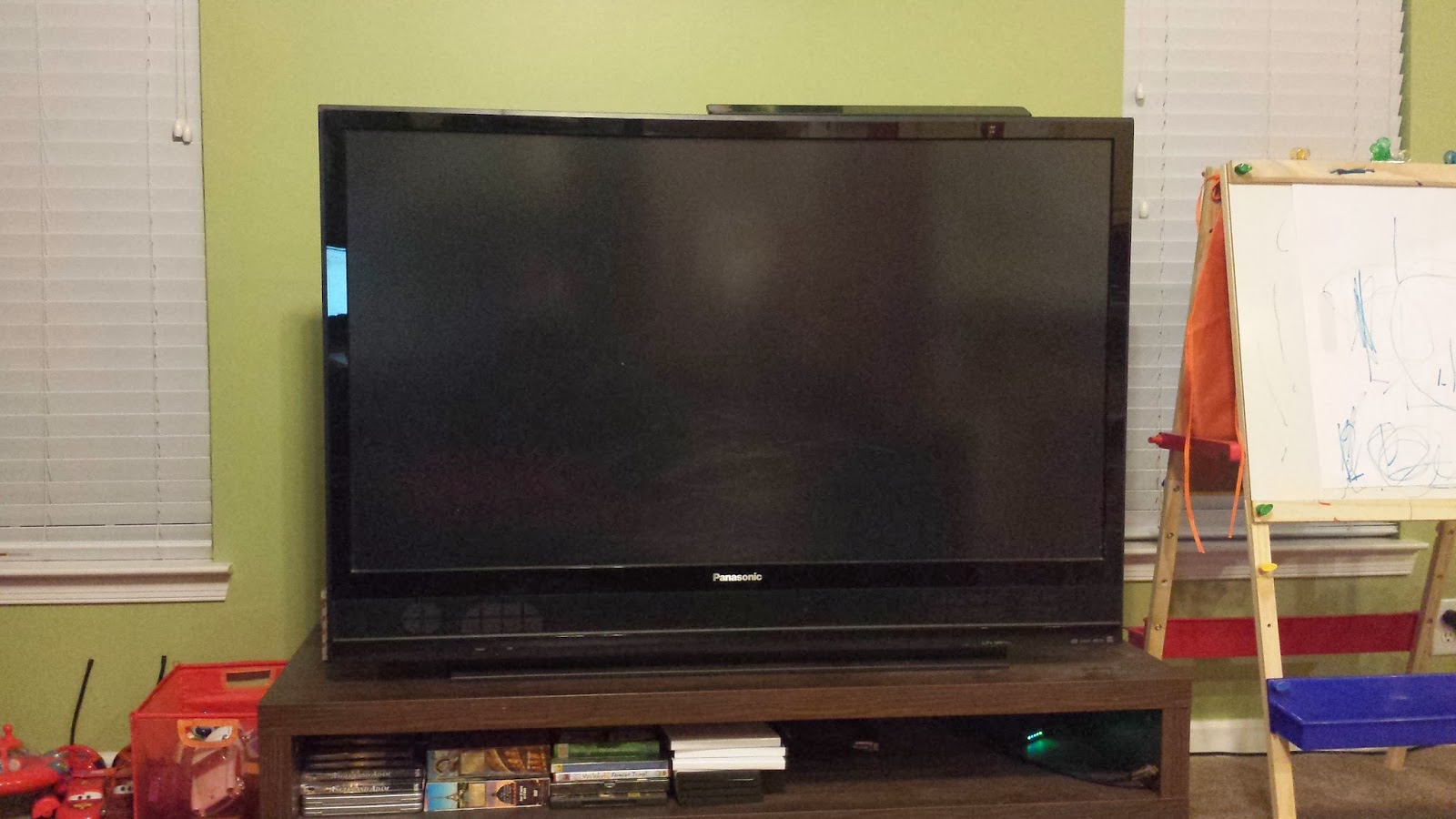 Some people may put this on their ugly list, but most people have a number of tv's in their home. We don't even have a service provider. Instead, ours is connected to our computer and we only watch select shows/movies. I've always been against a tv in the bedroom and poor Landon will never have a tv in his bedroom. I'm liking the fact that Landon can't ask to watch tv anymore since he was starting to ask everyday to watch Superwhy or Cars. On the flipside, Adam and I have taken to watching a few shows on our laptop in bed which completely defeats the purpose of no tv in the bedroom. I know we will get it fixed or get a new one eventually, I'm just wondering if when the weather gets better will we even miss it. Still, it makes the bad list because Revenge, Scandal, Nashville and Walking Dead are all on or coming back from break soon and I HAVE to watch them!!! It's also bad, because Adam goes back out of town in a few weeks and tv is the only thing I have after 8pm.

Onto the ugly, this is where is gets really bad. On his way to work last week Adam stopped at a gas station to get a drink. Leaving the gas station and getting back onto the main road means pulling out and going across four lanes of traffic. Not wanting to block the traffic he back tracked to the light and as he was driving someone pulled out from the gas station, through three lanes and hit him. A little ironic and very crappy. Luckily, he walked away unharmed broken toe no more broken, but it messed up our car pretty badly and set off both airbags. 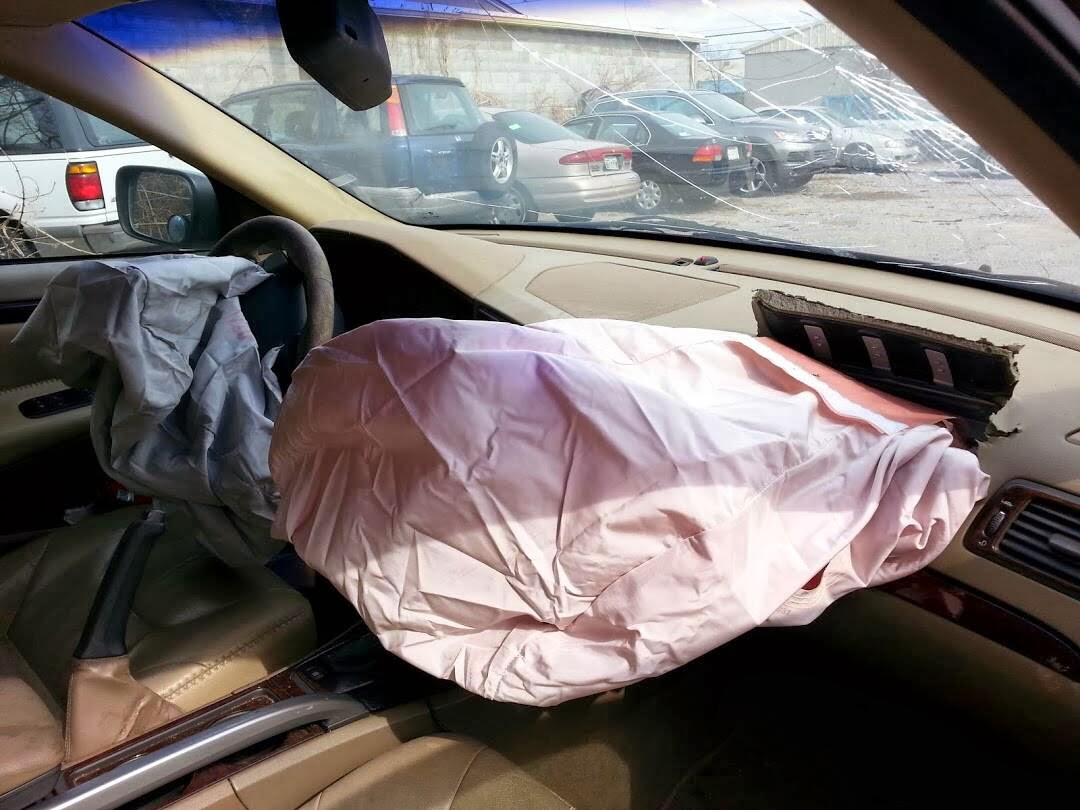 The worst part is being an older car we are pretty sure it's going to be totaled. She hit him right on the front wheel which broke the wheel, suspension and a part of the transmission. Everything on a Volvo is expensive so along with having to fix the airbags, dash, windshield, and body, we have a suspicion they will total it instead. Pretty crappy given we probably won't get much for it and we don't want to have a car payment. Making matters worse, the Volvo was the only car we could transport Kaiser in. It's also the only car we could transport our tv in which is exactly why it hasn't been fixed yet. Now we have bigger matters to attend to and a broken tv is nothing compared to a broken car. For now, Adam's driving a rental and we are just waiting to see what the insurance company says.

I've said before that I want to use my blog as a way to document our lives. Not everything is peaches and cream everyday. We've seemed to be getting hit with our fair share of bad luck lately, but done some fun things and spent some quality time together. So here it is all is, the good (which is really great), the bad, and the ugly.
Posted by Unknown at 7:57 PM