A birthday and lots of waterfalls

Monday after Easter was Adam's birthday and we decided to ship Landon off to daycare, per his usual schedule, and spend the day exploring some place new in the area, just the two of us. There wasn't too much birthday festivities since we celebrated over the weekend. Birthdays get a little more mellow the older you get, but just having a day to do whatever he wanted, just the two of us, was a birthday present even for me. After a lazy morning and his favorite breakfast we headed off to Burgess Falls State Park to hike around. 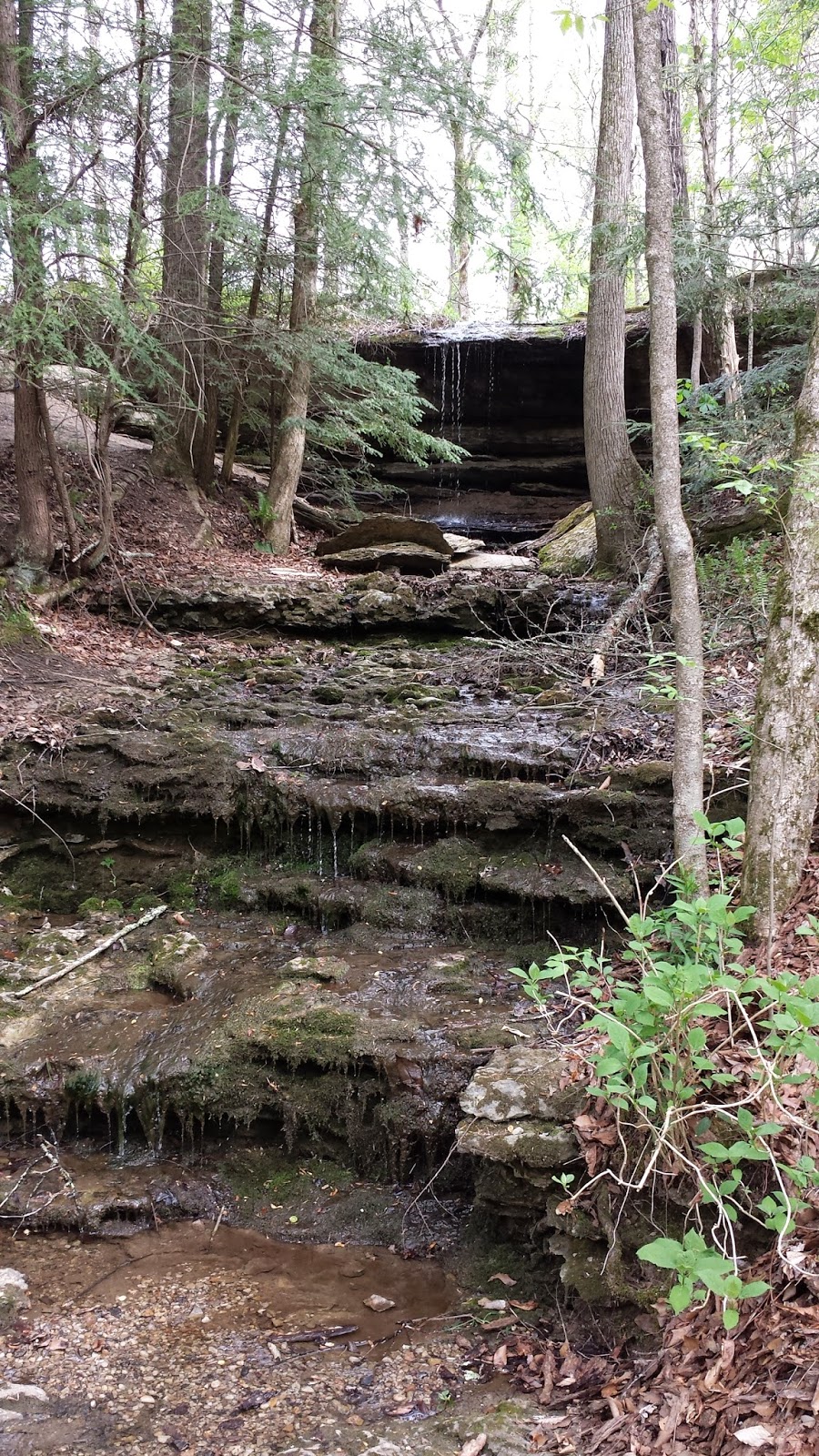 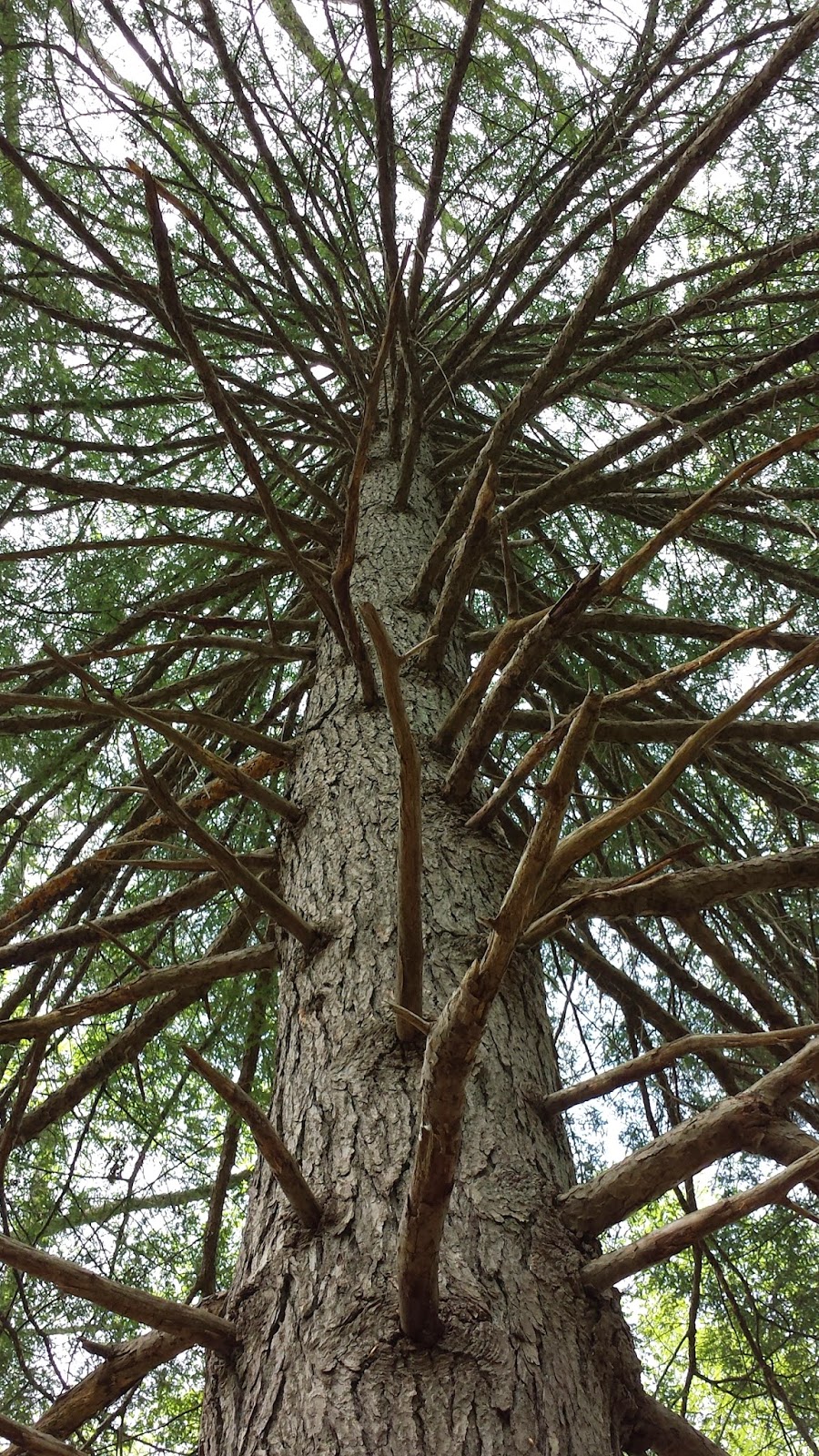 Due to time limitations we chose a short 1 mile walk to the overlook at the falls. The area is beautiful and full of lush greenery, creeks, and many waterfalls. There's even the remnants of an cable bridge for anyone daring enough. Just kidding. 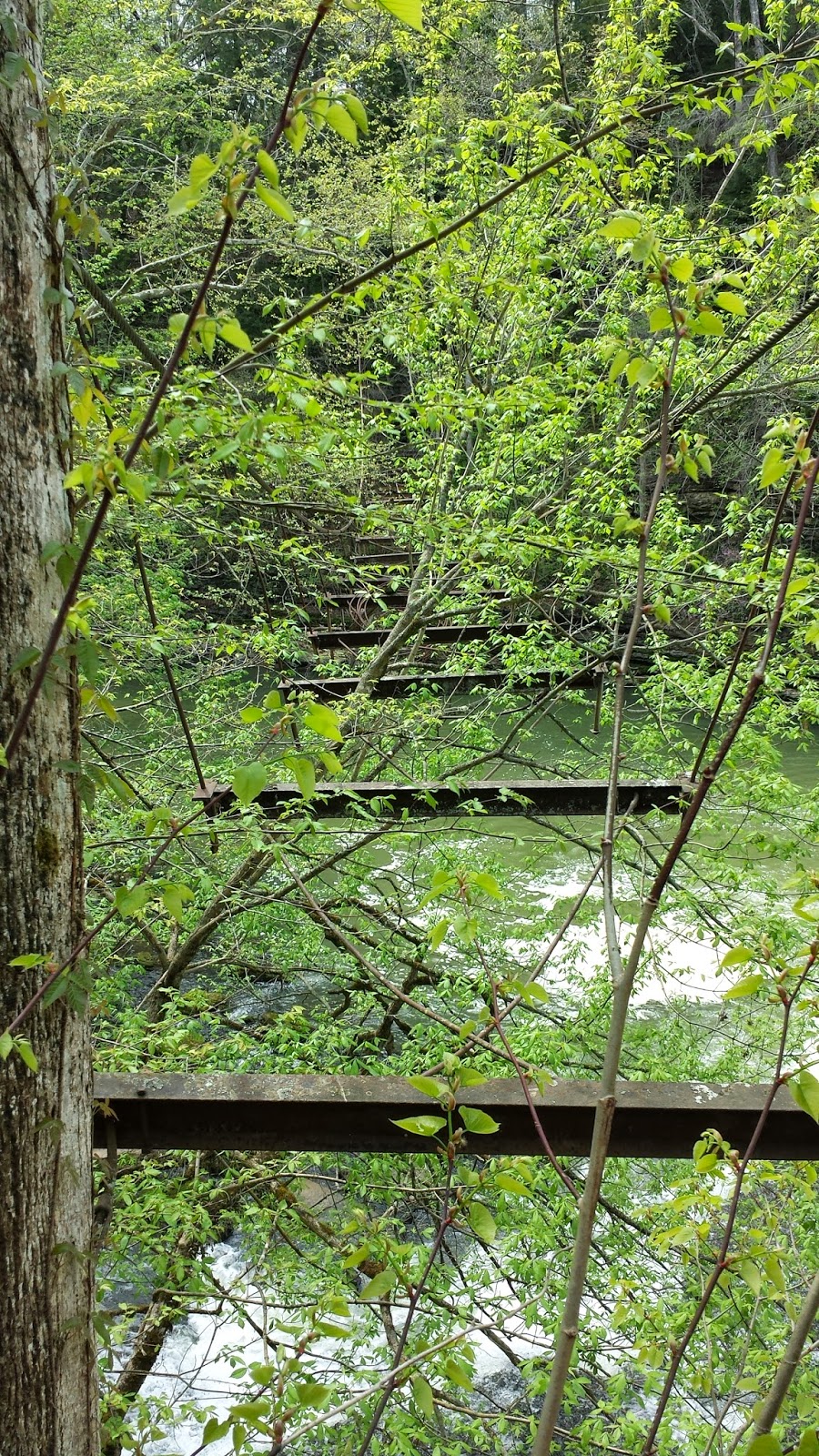 The short hike along the river is dotted with small waterfalls and rapids which terminates at the overlook of an impressive 130 foot waterfall in a massive gorge. 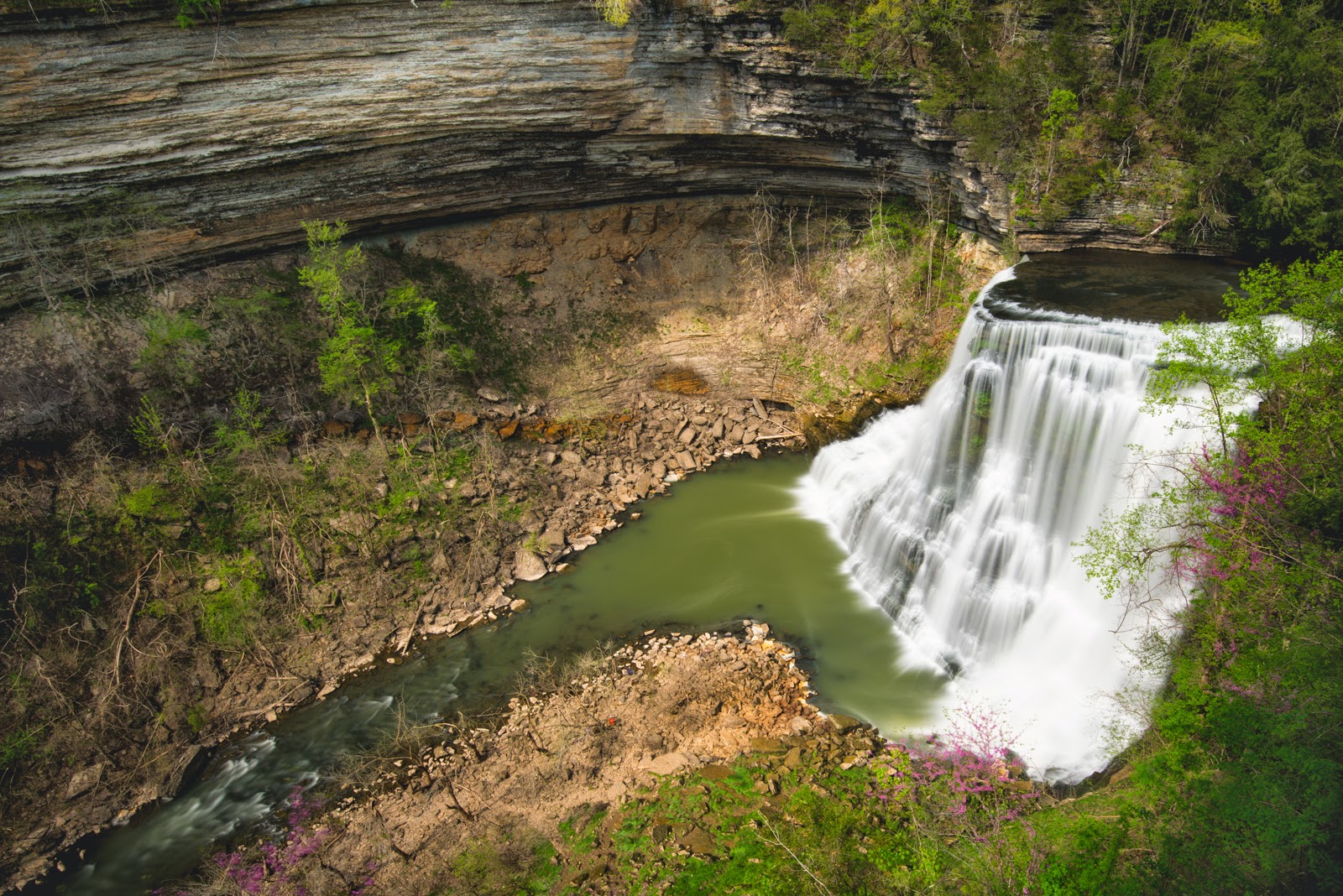 I don't think either of us were prepared for how beautiful the waterfall and surrounding gorge were. After spending a few minutes at the top we decided to hike down the steep path to the bottom of the waterfall to get a closer look. I loved the scraggly trees that grew on the waters edge. 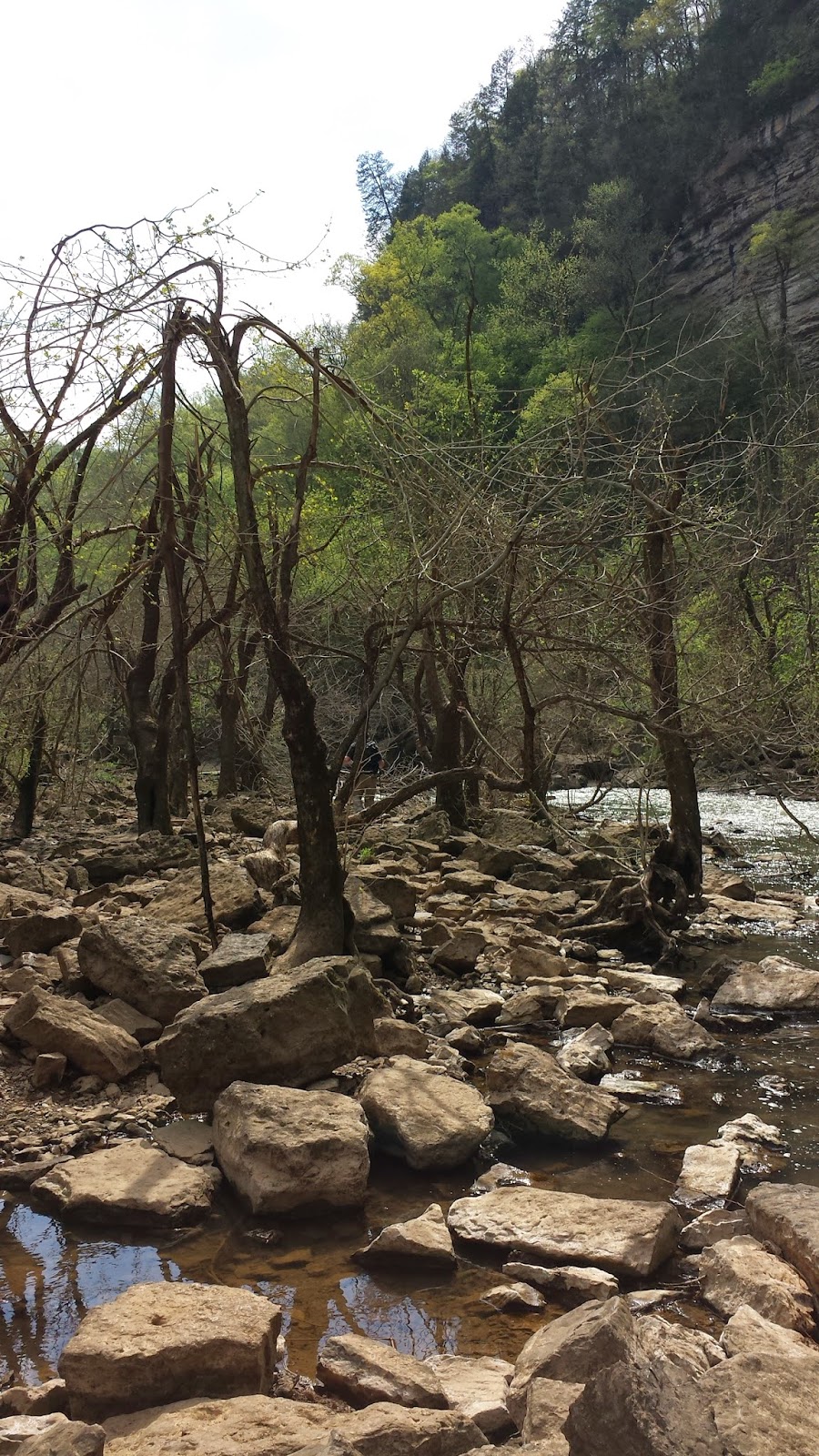 At the base of the waterfall, I enjoyed watching the water plummet off the top of the waterfall and feeling the mist on my face. I think I could have watched that water cascading down the rocks for hours. It was peaceful and mesmerizing. 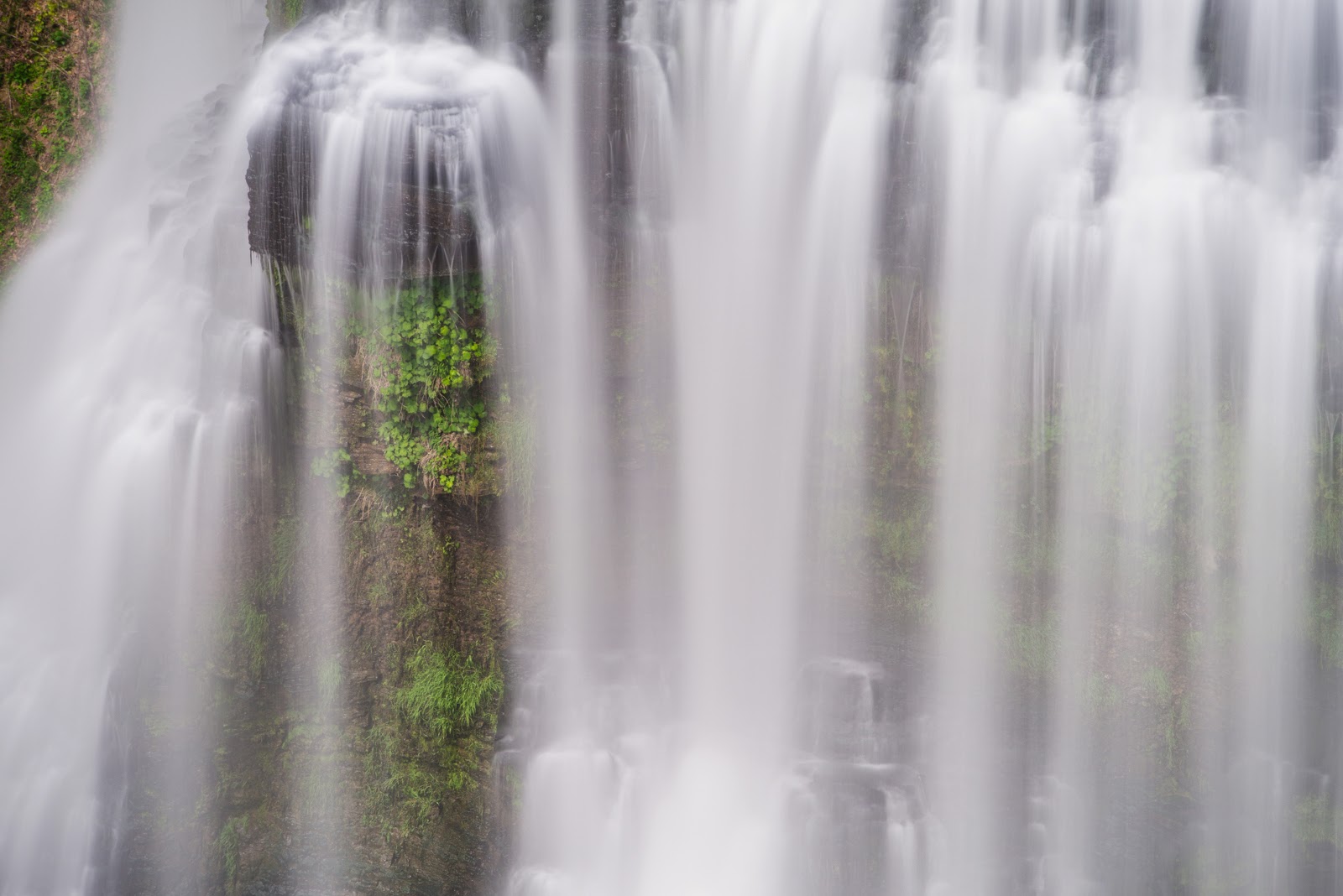 And while I was lost in trance the birthday boy did what he enjoys most... 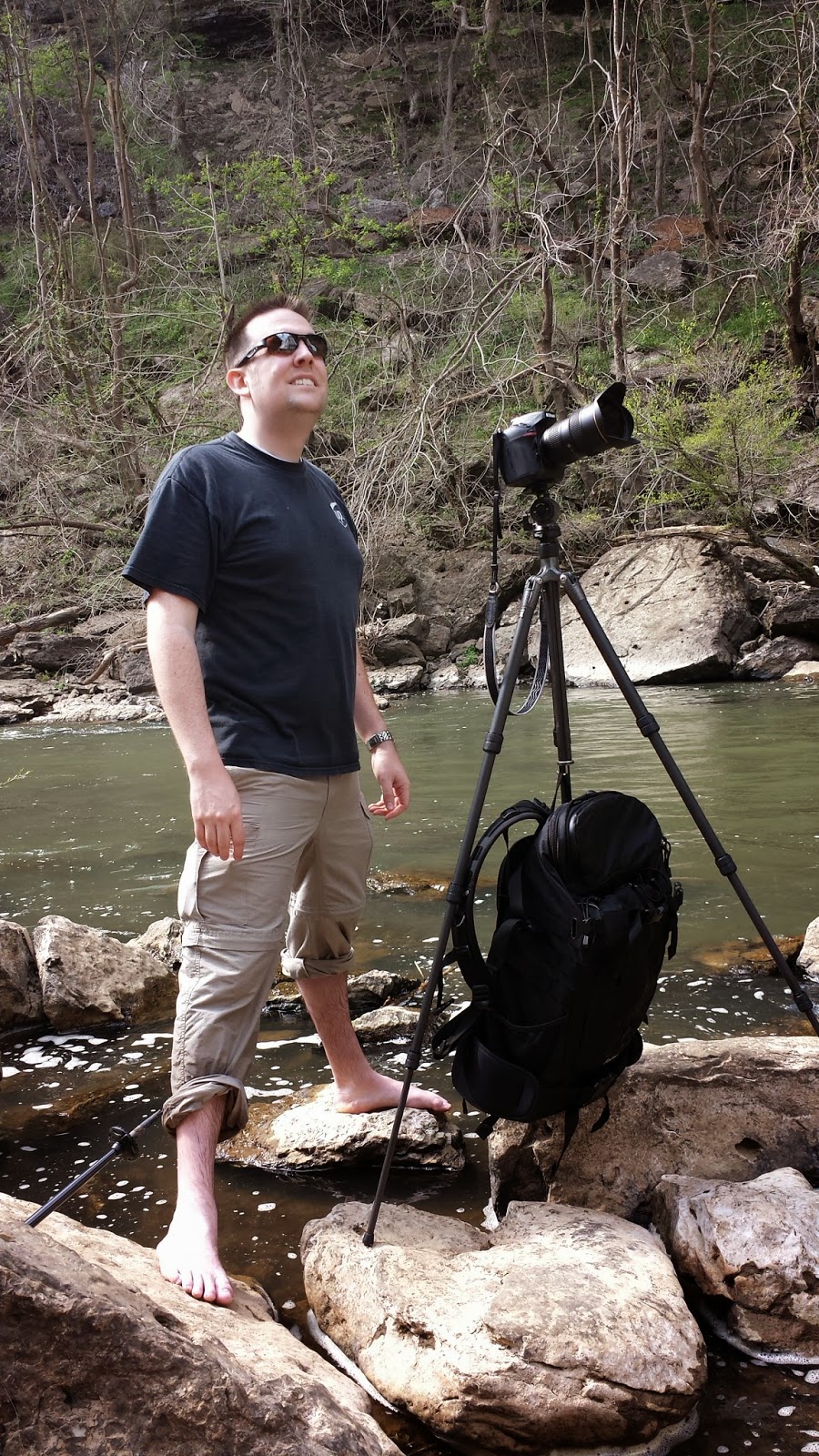 Always looking for something to photograph, this waterfall didn't disappoint. 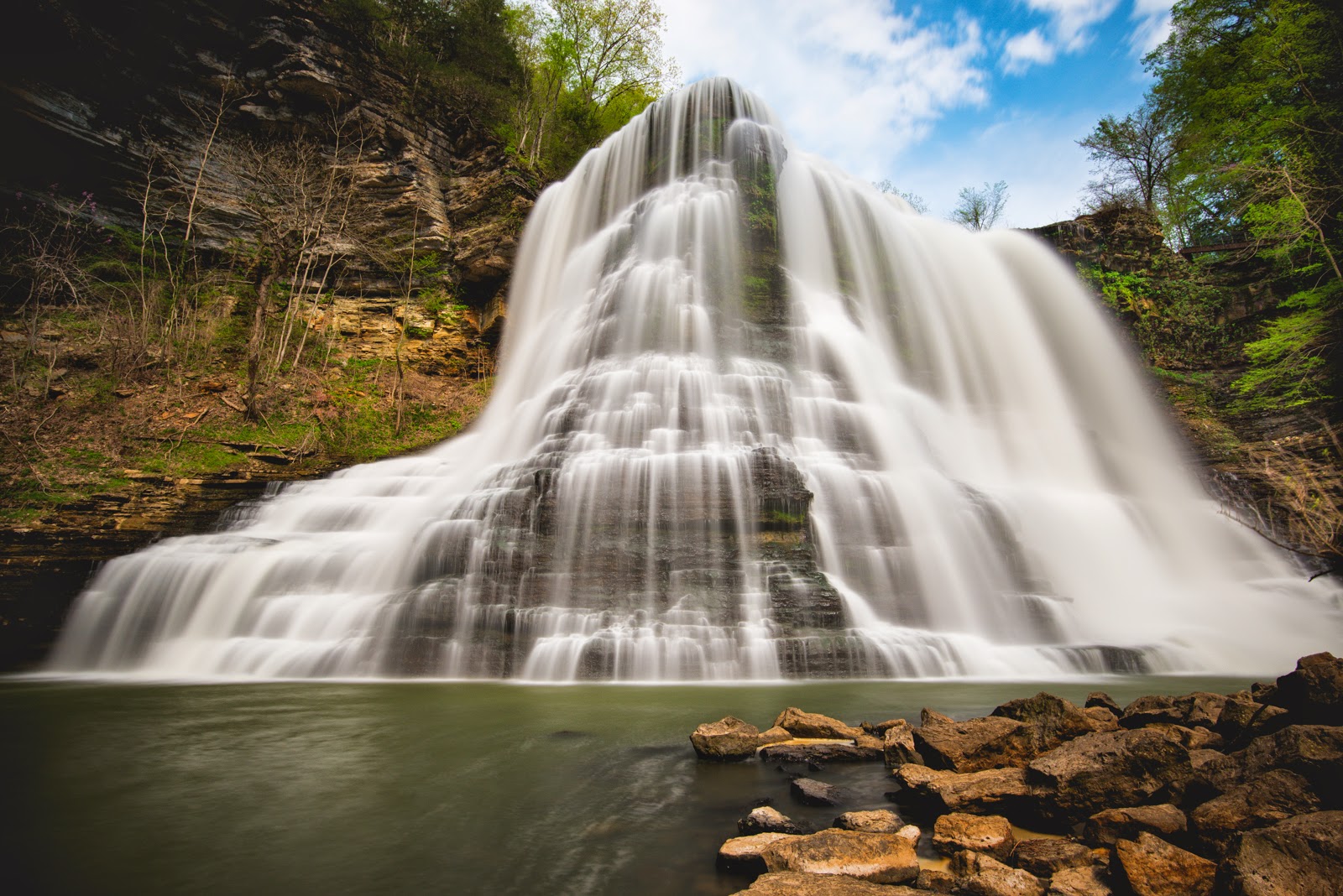 Unfortunately, our time at Burgess Falls wasn't as long as we would have liked. In order to pick up Landon from daycare we hauled butt to get back to the car and drive 1.5 hours back home. Completely worthwhile and someplace we will definitely be visiting again, it put us in the mood for more exploring. Once our shortened work week was over we decided to spend the following Saturday visiting another area park for some more waterfalls and a little hiking. This time though we loaded up the entire family and headed to Rock Island State Park. Not too far from Burgess Falls, both state parks share their water from the same originating source, but couldn't be more different in scenery. 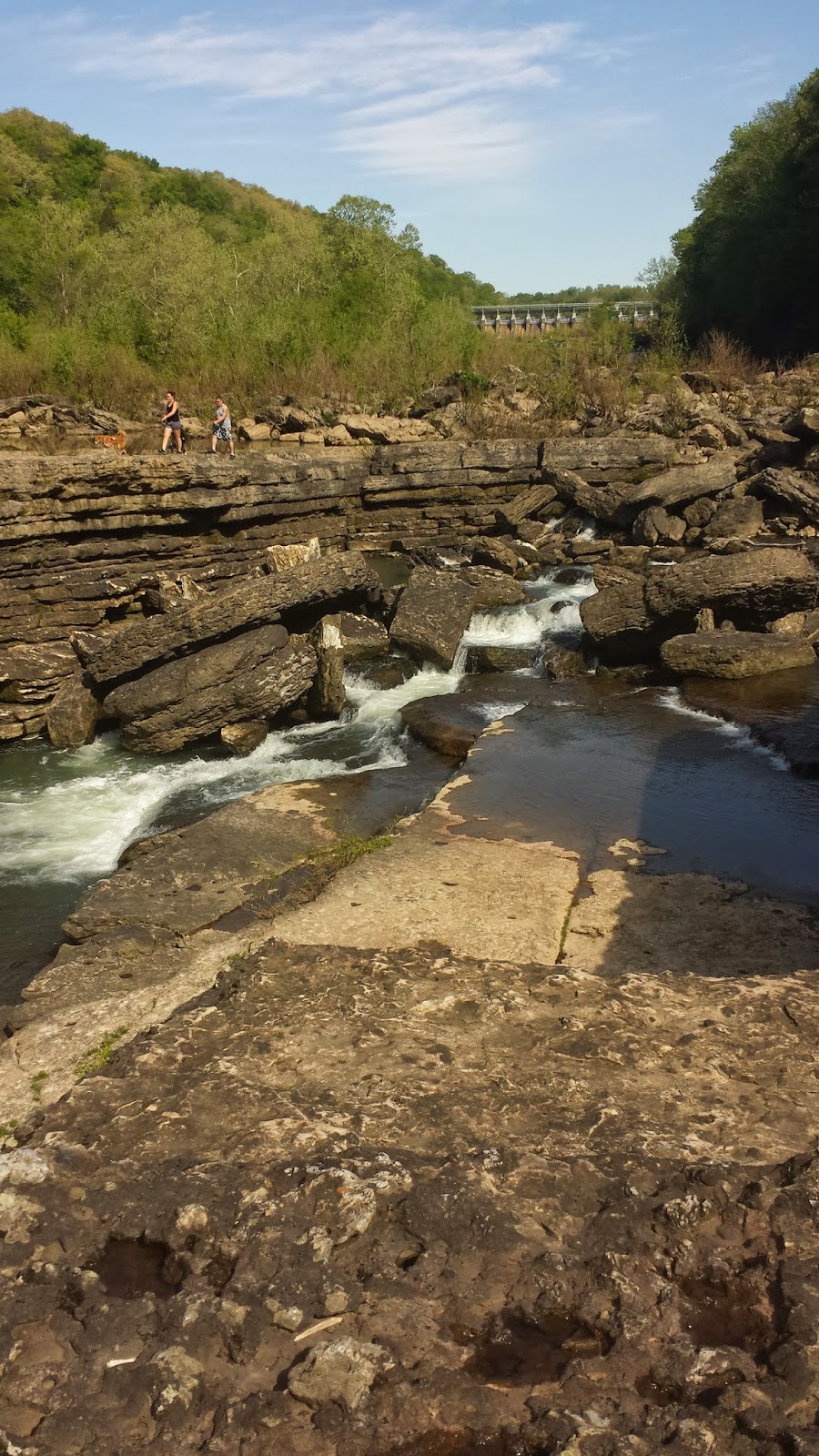 Lacking the lush greenery of Burgess, Rock Island State Park is aptly named as there are millions of rocks everywhere. Big ones, little ones, jagged ones, slick ones, you name it. All hiking paths are littered with hundreds of rocks in your pathway. And while this might not sounds like it would make for very enjoyable hiking, it does if you are a three year old boy. He rocked those rocks all day long and a blast doing it!!! 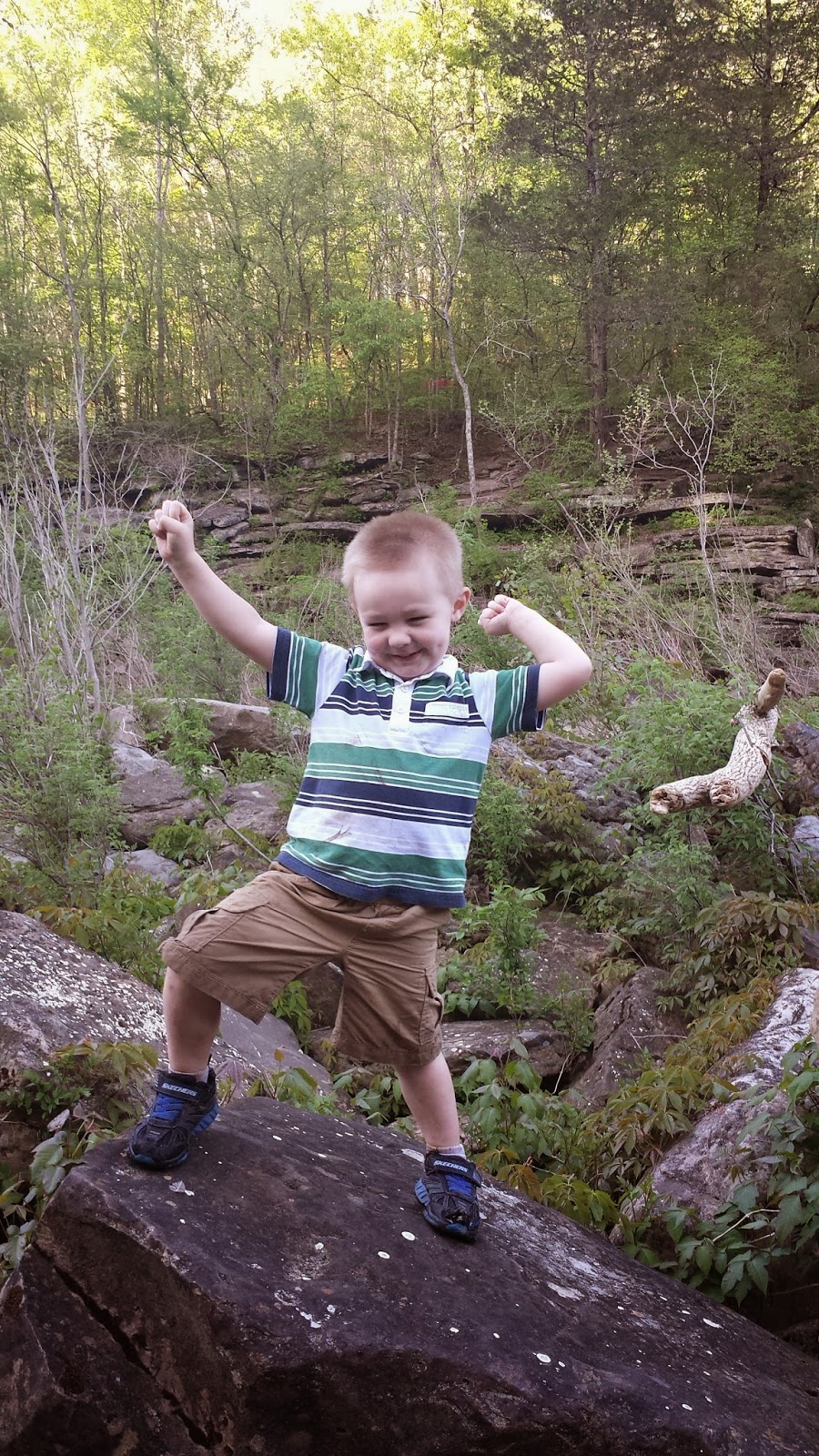 Landon completely shocked both of us with his hiking skills. He was up and down the rocks better than any of us and never lost his stamina. Last Fall, he was complaining after a 2 mile walk and this was our first time out hiking with him since then. I know we hiked well over 2 miles this time and despite falling and bumping into several rocks he never complained or whined. He worked so hard he actually busted through his tennis shoes so Sunday we went out and bought him a new pair as well as his first pair of hiking boots. He also learned all about Daddy's camel pack and thoroughly enjoyed getting water from it throughout the day. I think we might have to get him one of his own because it looks like we have a little nature boy on our hands. 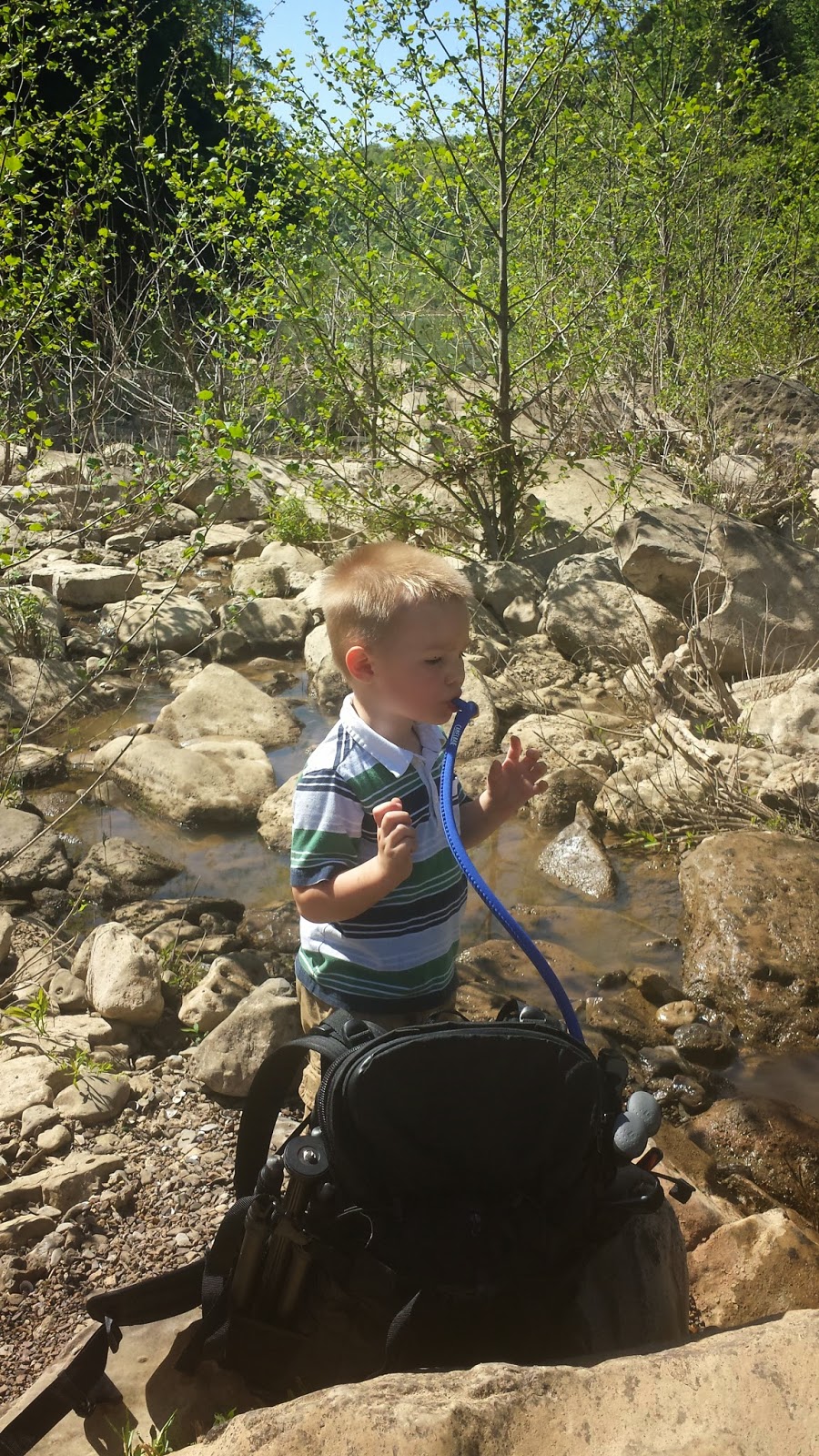 The only one of us who may have liked Rock Island more than Landon was Kaiser. We brought his water wubba and he had a blast playing fetch in the water and running through the creeks. The rocks proved a little hard for him to maneuver, but he loved it none the less. Some hiking shoes might be in this pups future too. 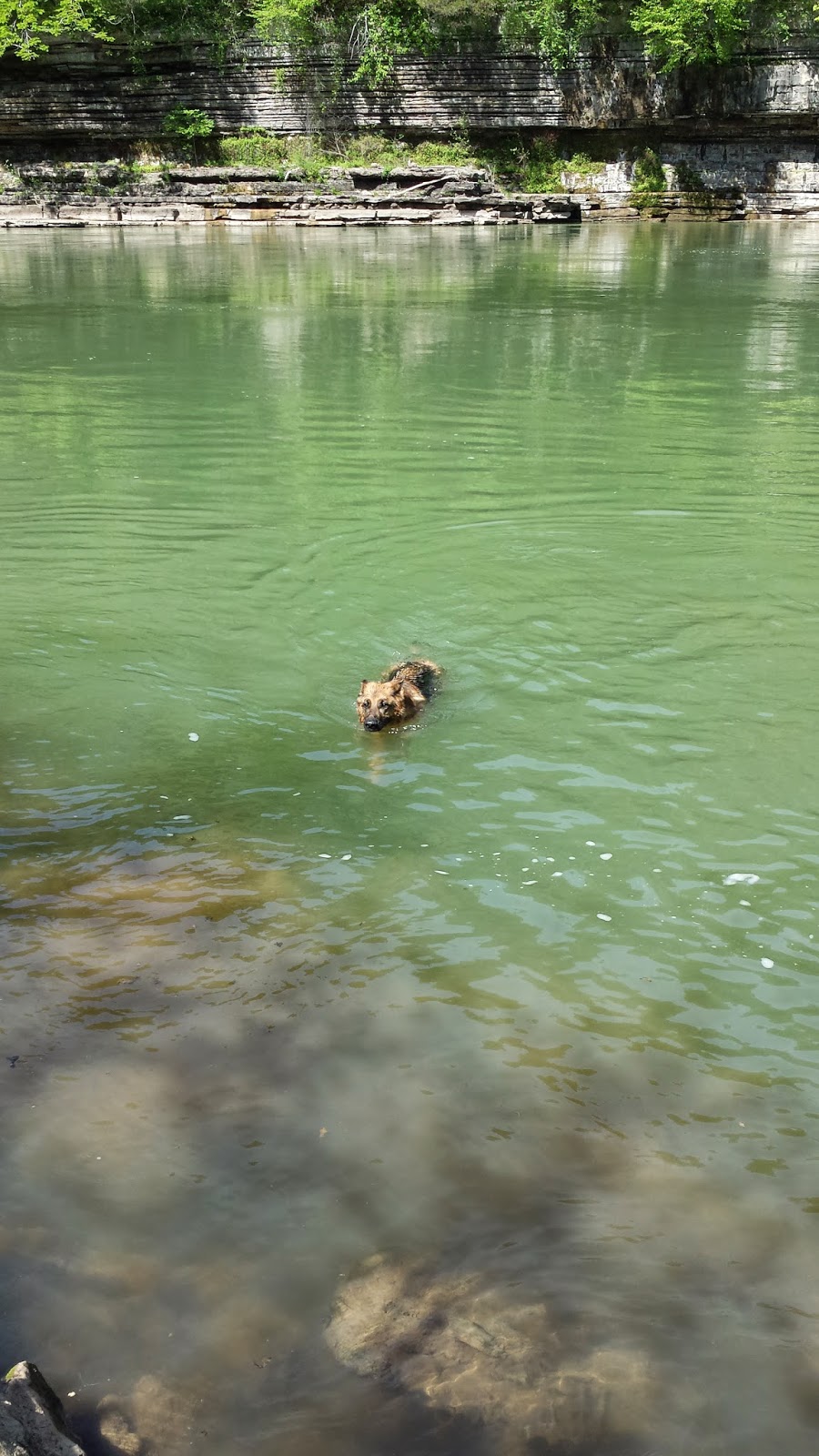 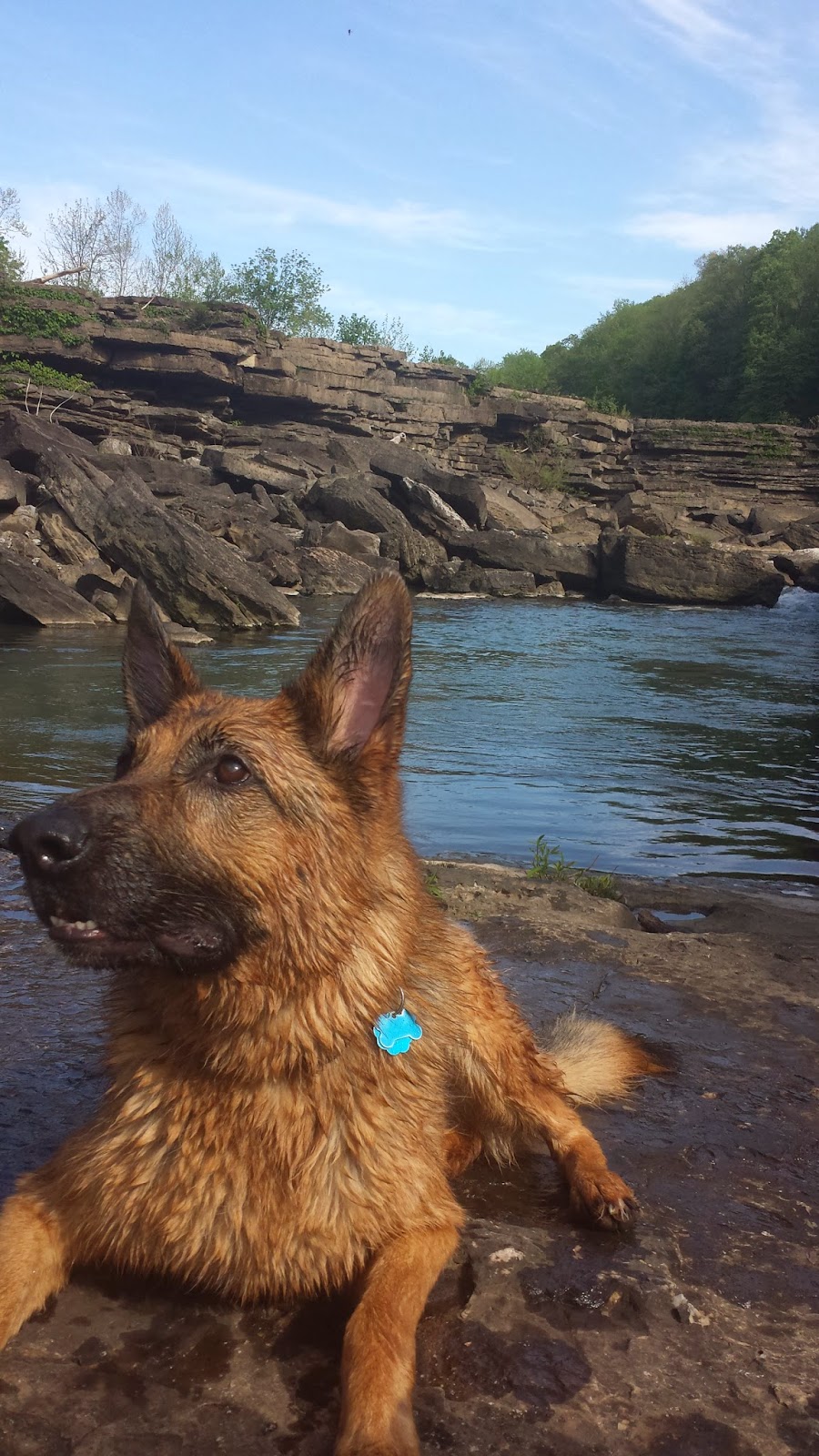 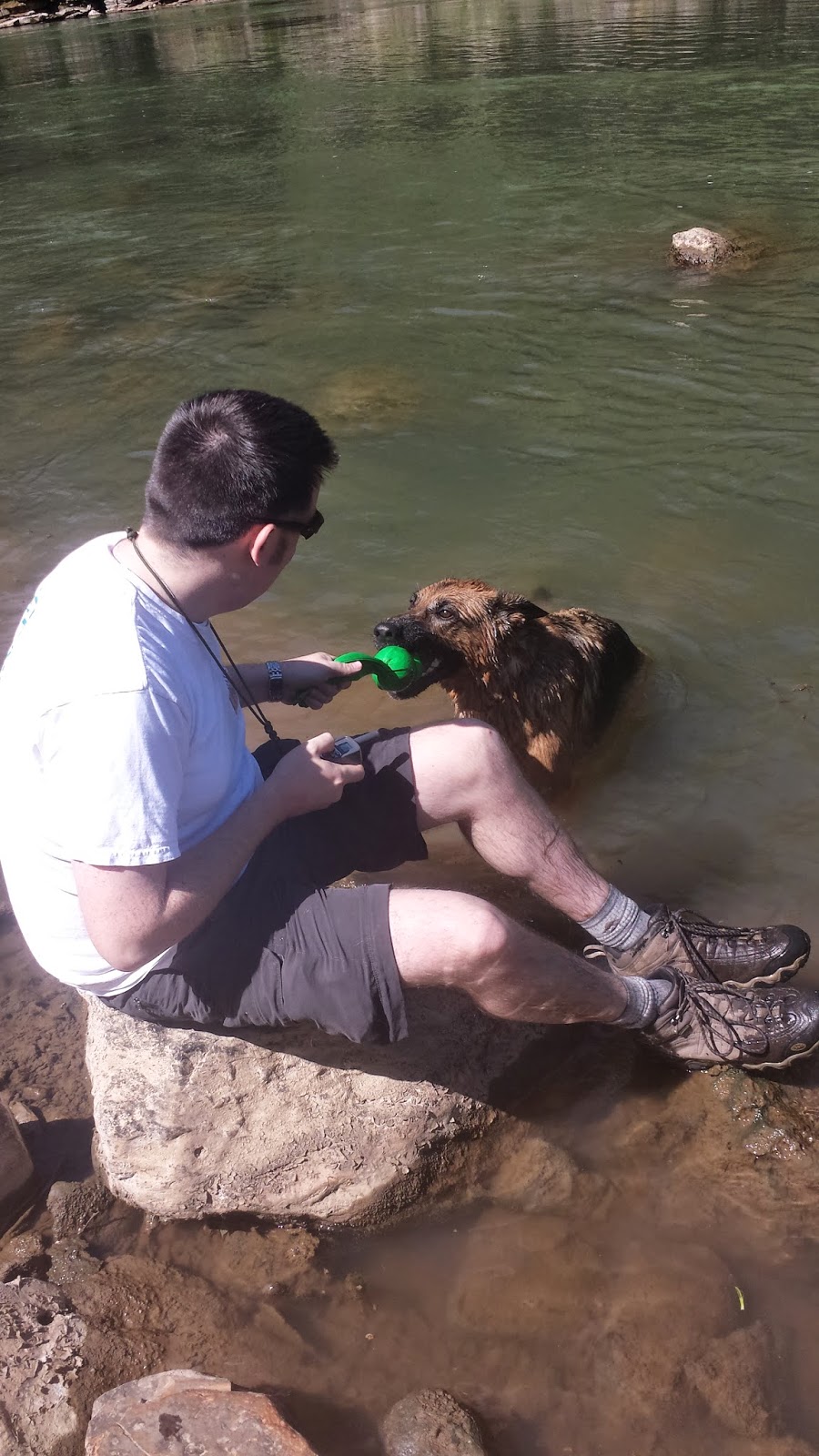 We spent several hours hiking to different areas, playing in and around the water and enjoying the scenery. Our last hike of the day was a short one to the largest waterfall in the park. It was the end of the afternoon and the sun was starting to set. Landon, Kaiser and I played on the nearby rocks, talked about the falls and enjoyed the scenery while Daddy took a few pictures (shocking, I know). 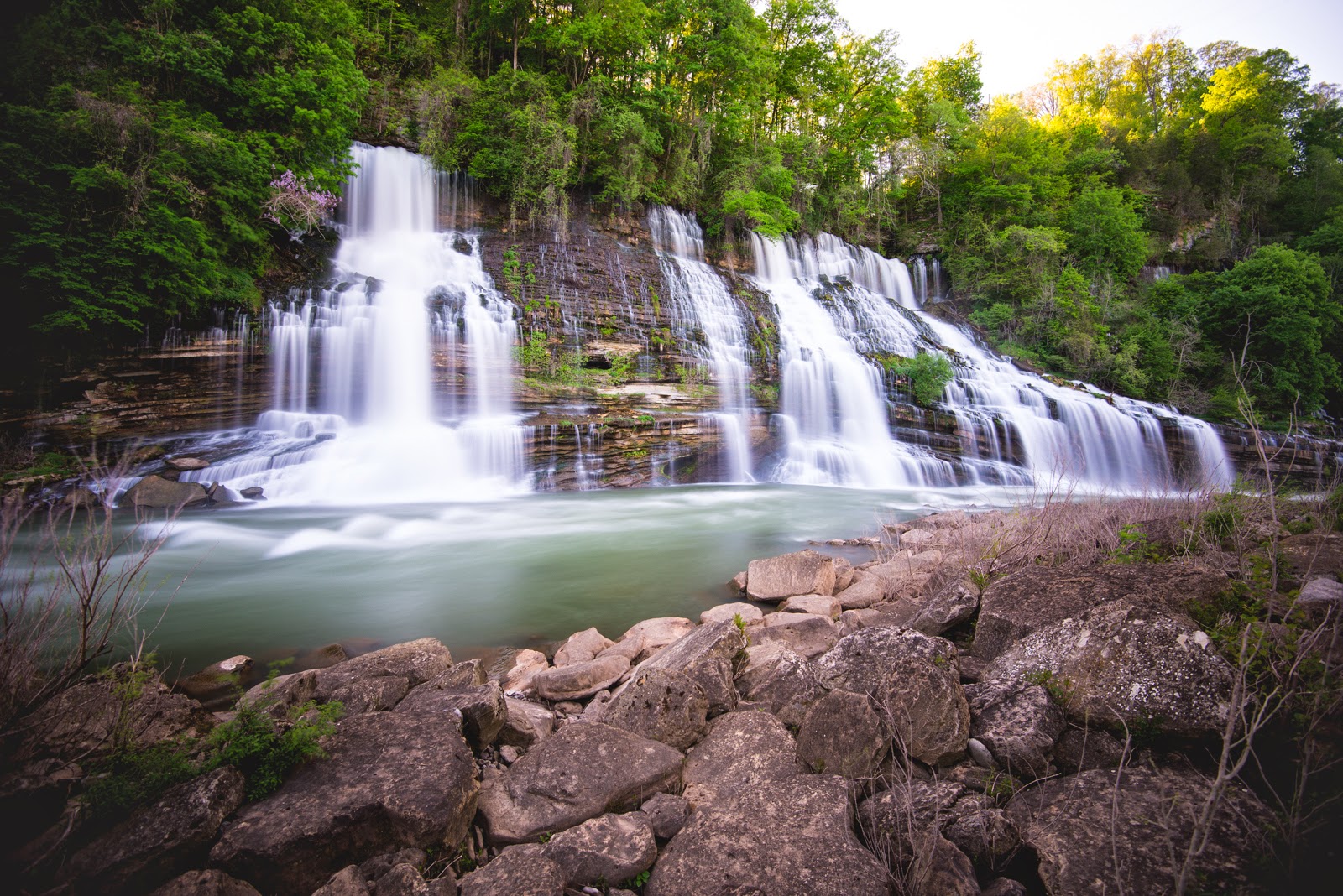 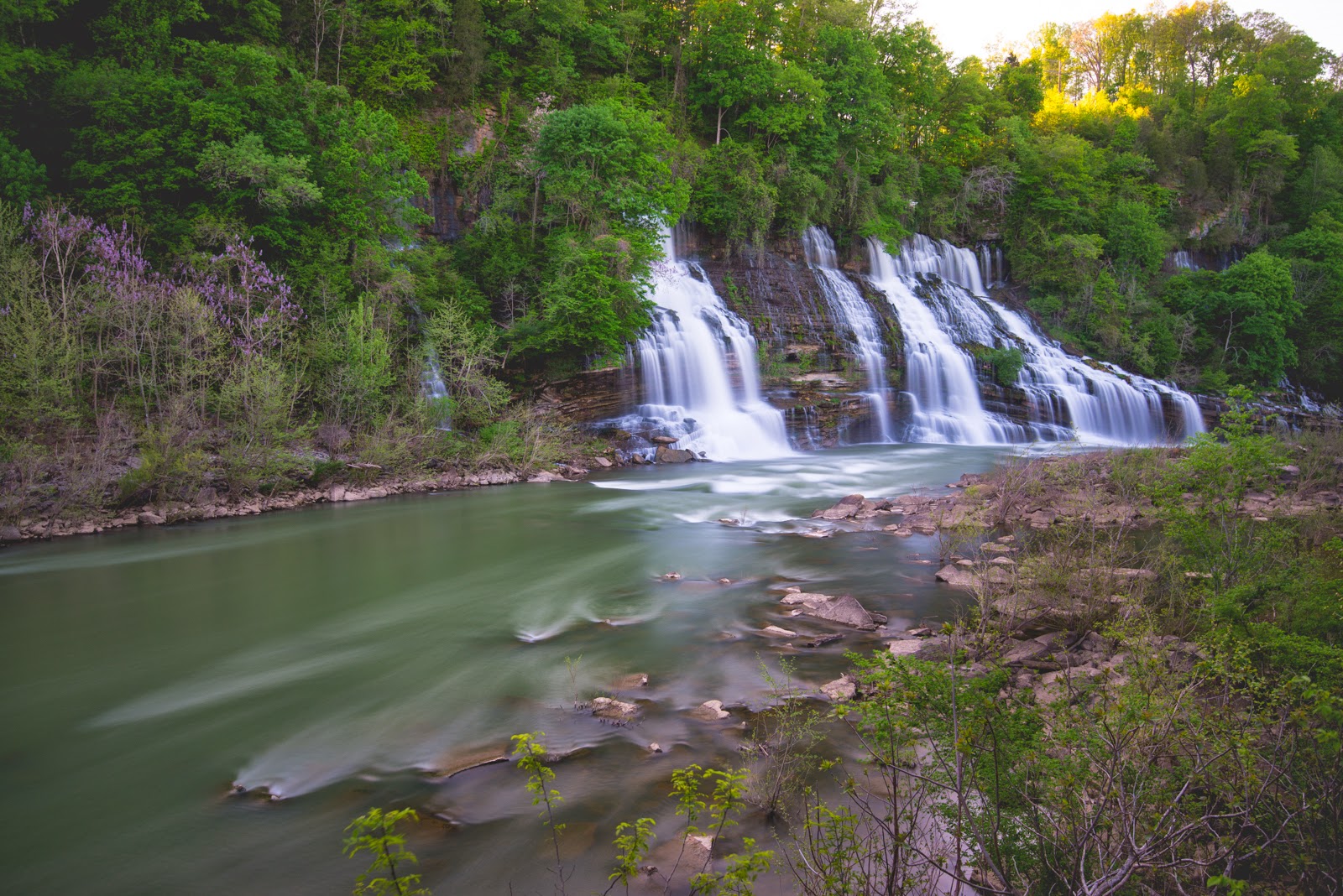 Different than Burgess Falls, this waterfall is not from a river source, but from water being pushed out of the earth and literally just comes pouring out of the ground in this particular area. We even managed to get a family picture although Kaiser chose not to cooperate. 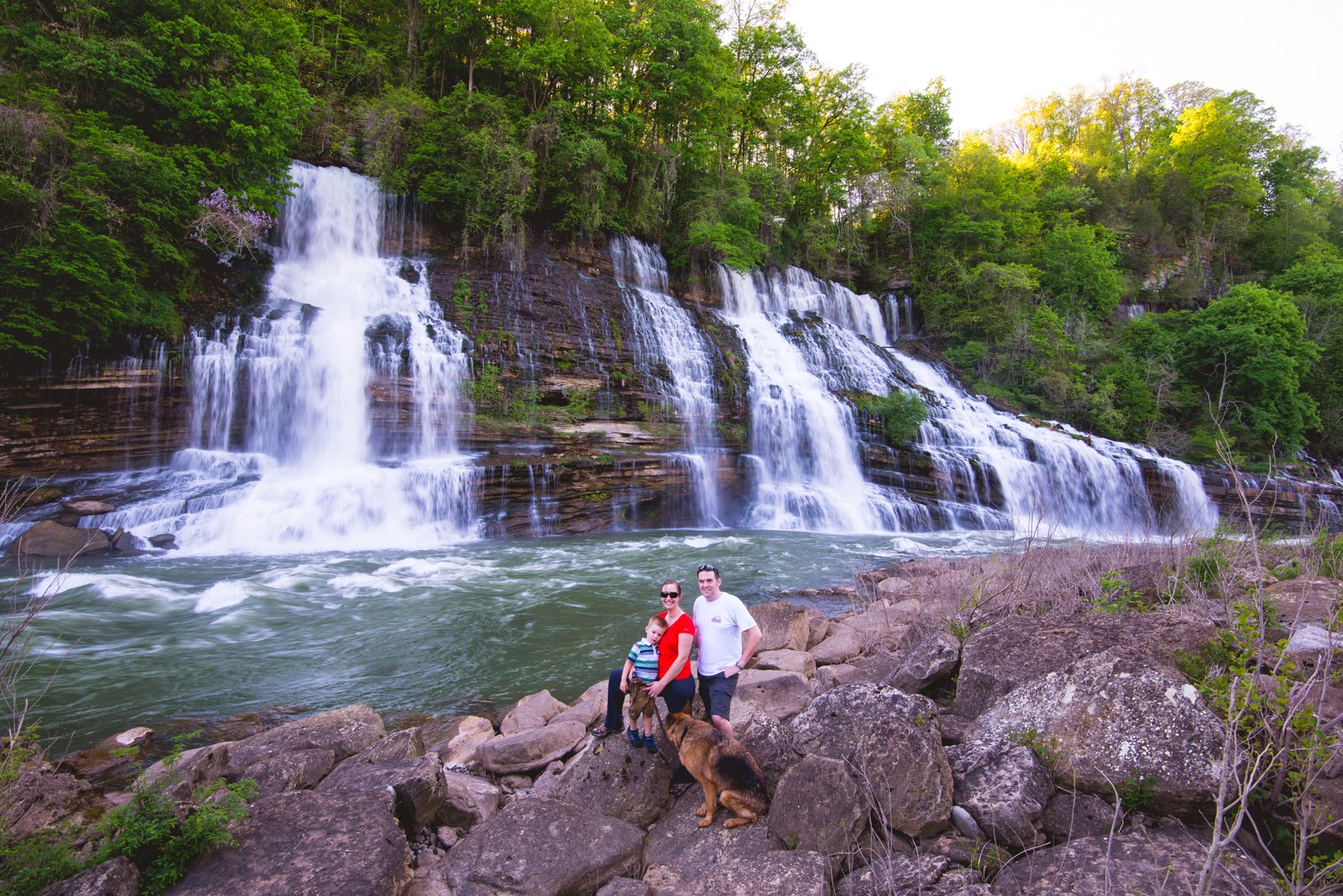 While I personally enjoyed the waterfall at Burgess over Rock Island, both state parks were very worthwhile day trips and I know we will be back to both again. Landon liked the waterfalls so much that he has continually asked when we can go back. Hopefully, soon, because there is nothing I'd rather do than the spend the day outside, enjoying nature with my boys.