Oh Easter, what a wonderful holiday you are and for so many reasons. The celebration of the Risen Christ makes for a special Mass on Easter Sunday. After many solemn weeks, it is finally a time of celebration and the entire Mass is representative of that. While Midnight Mass is my favorite Mass of the year, the events leading up to the celebration of Easter make it very anticipated and wonderful. The Holy Week before Easter gives way to many wonderful Masses, with my favorite being the Chrism Mass which brings priests to receive their Holy Orders. While I didn't make time for the Holy Week Masses this year, it's impossible not to feel the energy in the air leading up to Easter Sunday.

Since Easter was late this year, it took place the day before Adam's birthday. I was already taking off for Adam's birthday on Monday, so I decided to take off the Friday before as well and make a long weekend. We wanted to go to Louisville that weekend so we could spend time with our families and a long weekend makes the trip much easier. Friday, we spent the morning running errands and the afternoon with our favorite Noni. That evening we met up with friends for a yummy dinner at Olive Garden.

Saturday we got up early to see the cutest seven year old we know playing baseball. 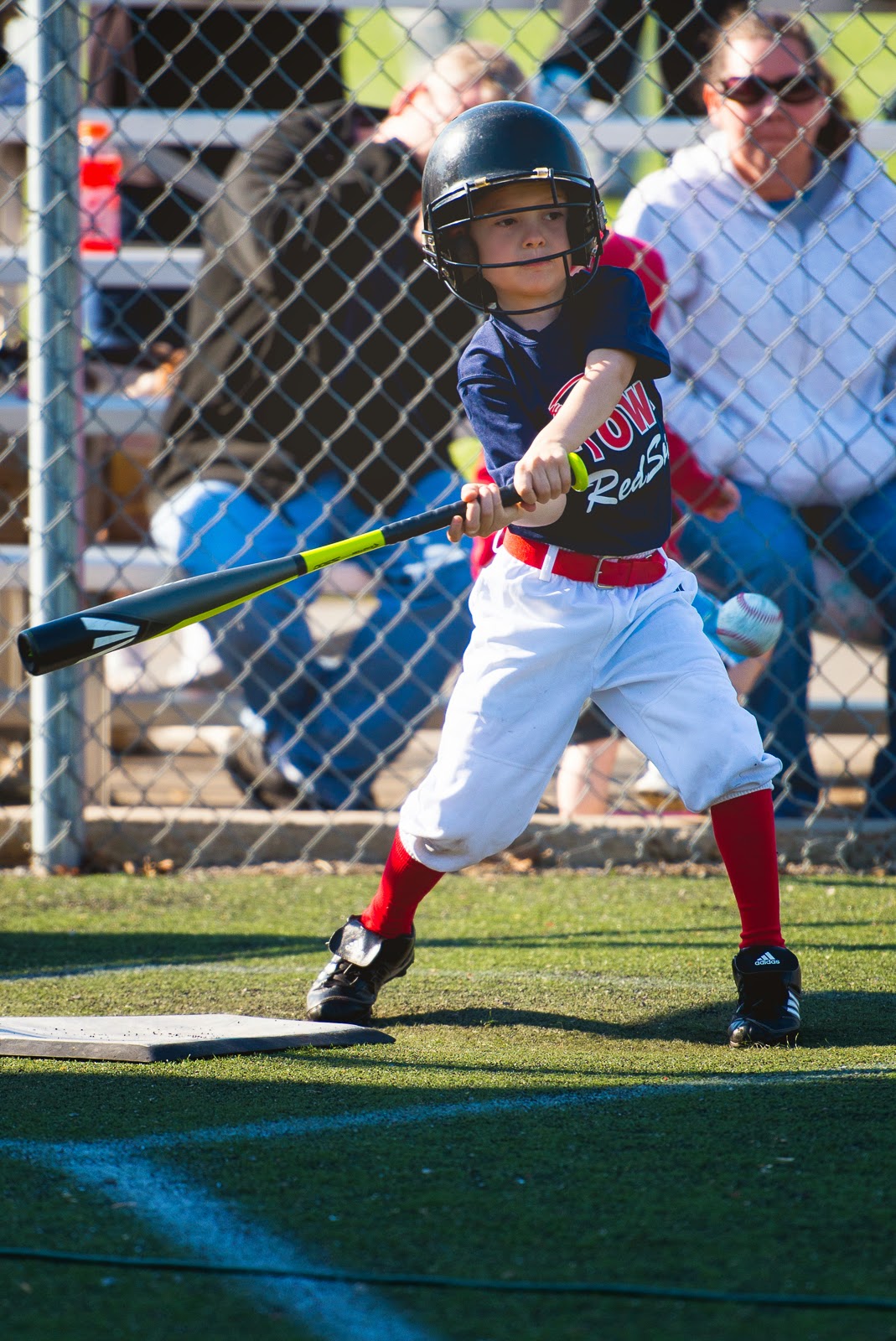 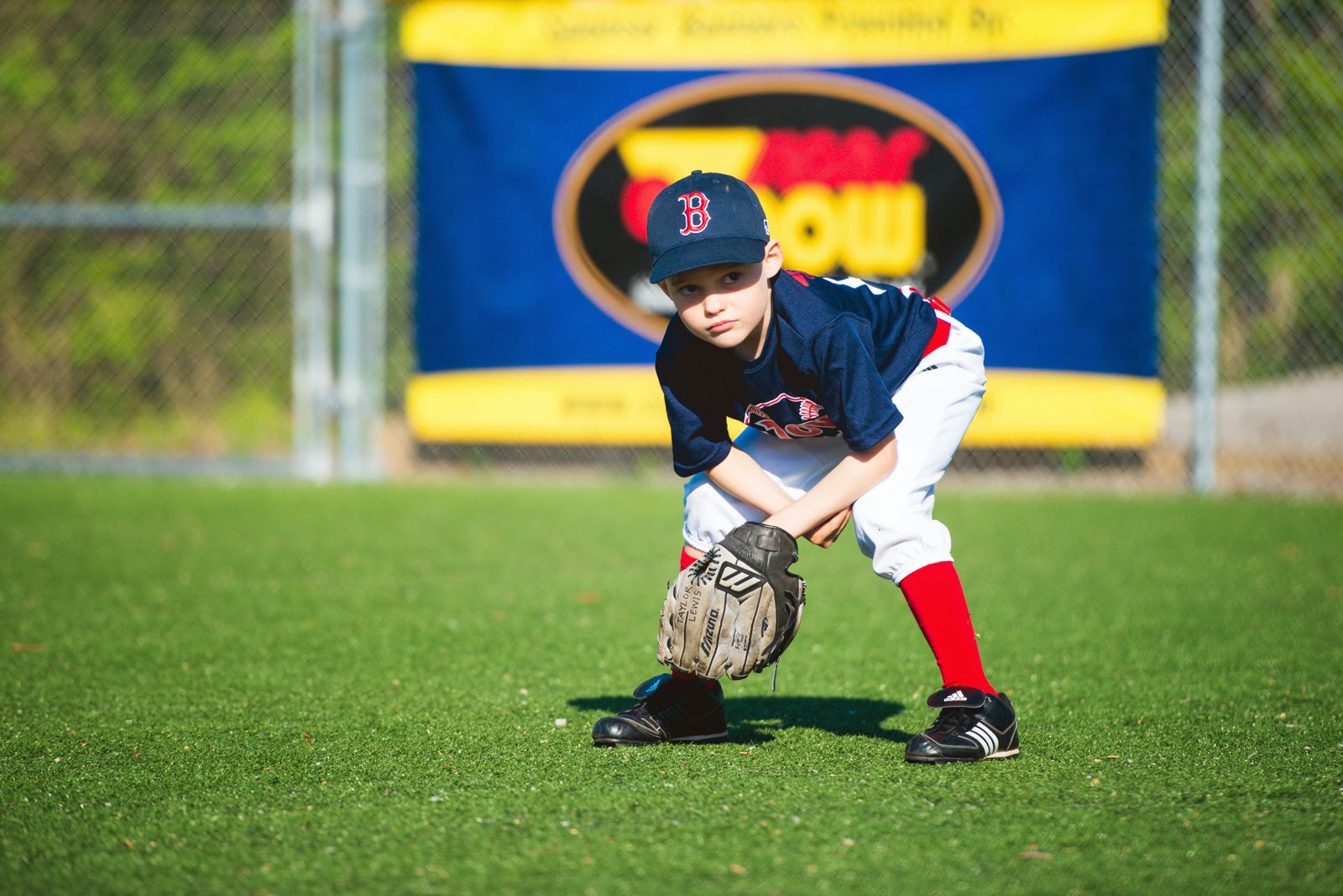 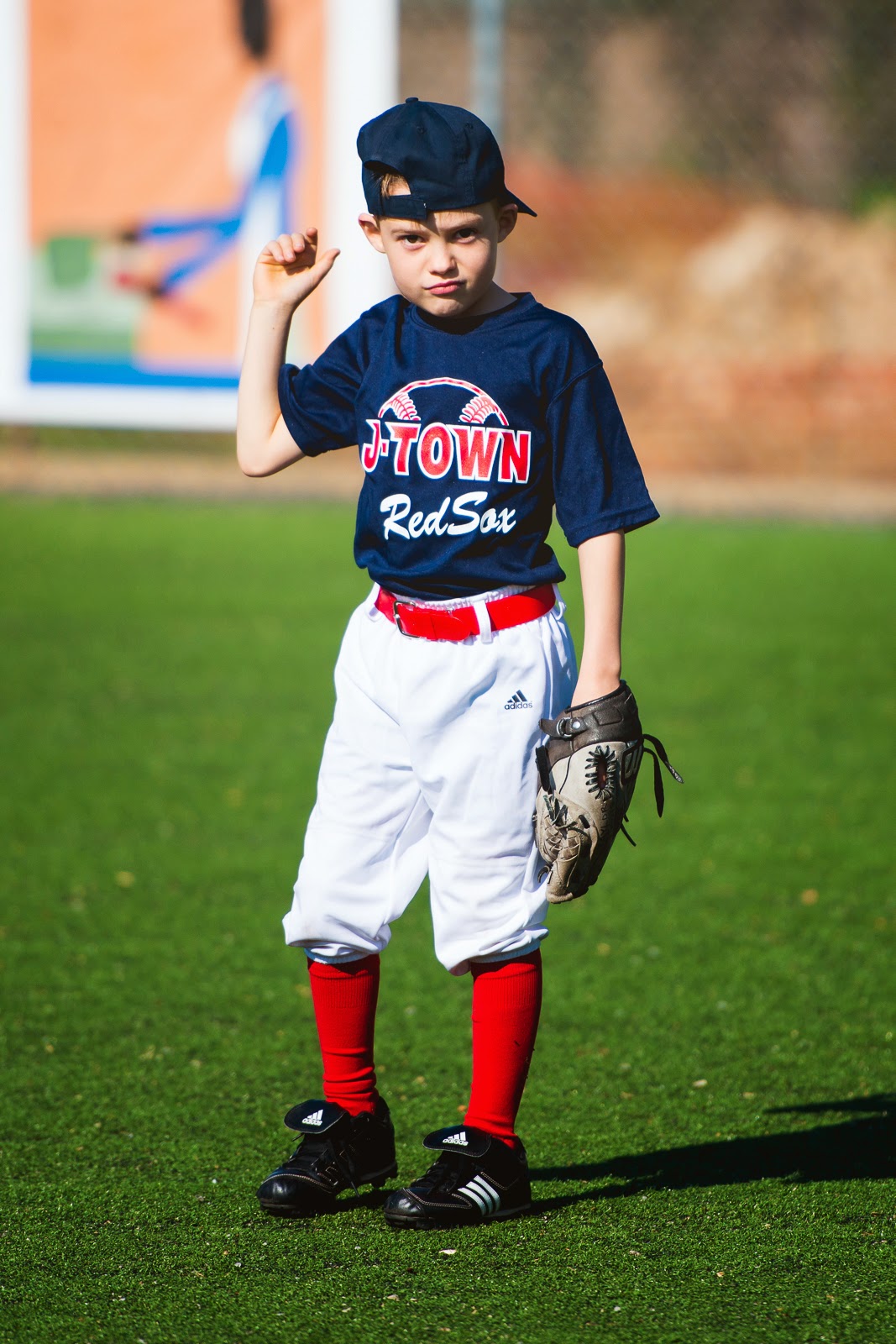 And since Landon adores his big cousin, he wants to play baseball now too. Naturally. Taylor was in the car once telling me what he wanted to be when he grew up. He asked me what Landon wanted to be and so I said I wasn't sure, but he should ask Landon. He looked over at Landon and said "Landon, what do you want to be when you grow up?" Without a second of thought Landon replied, "I want to be cha-cha when I grow up." Cha-cha is Landon's random nickname for Taylor (we have no idea where he got it) and I truly believe that right now Landon wants to be Taylor when he grows up. It's adorable how much he loves him. Can you tell? 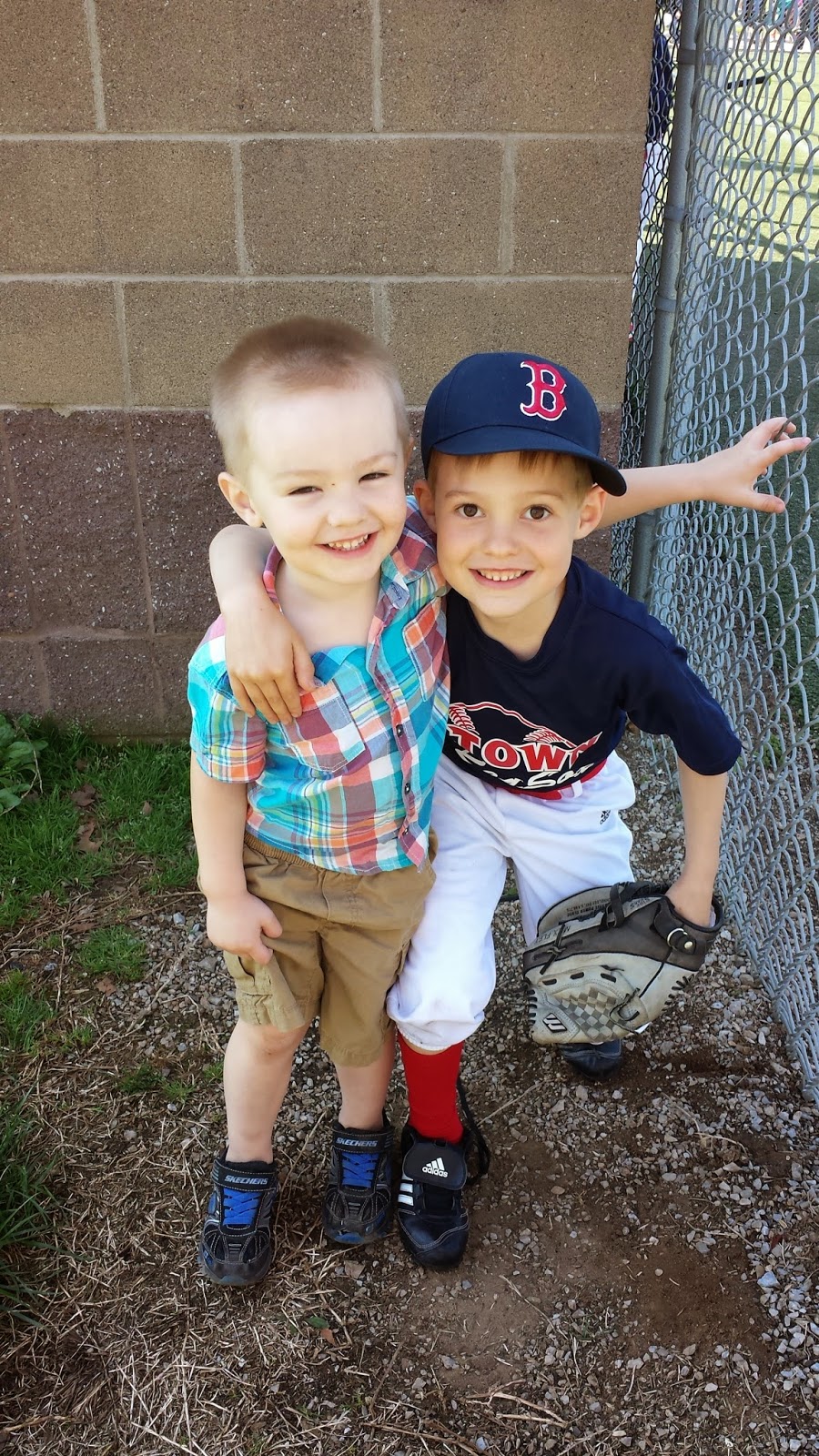 After the game we headed to my Mom's house for an AMAZING Easter dinner. Adam's family joined
us and we celebrated Adam's birthday as well. After we were done eating the boys went on an Easter Egg hunt. 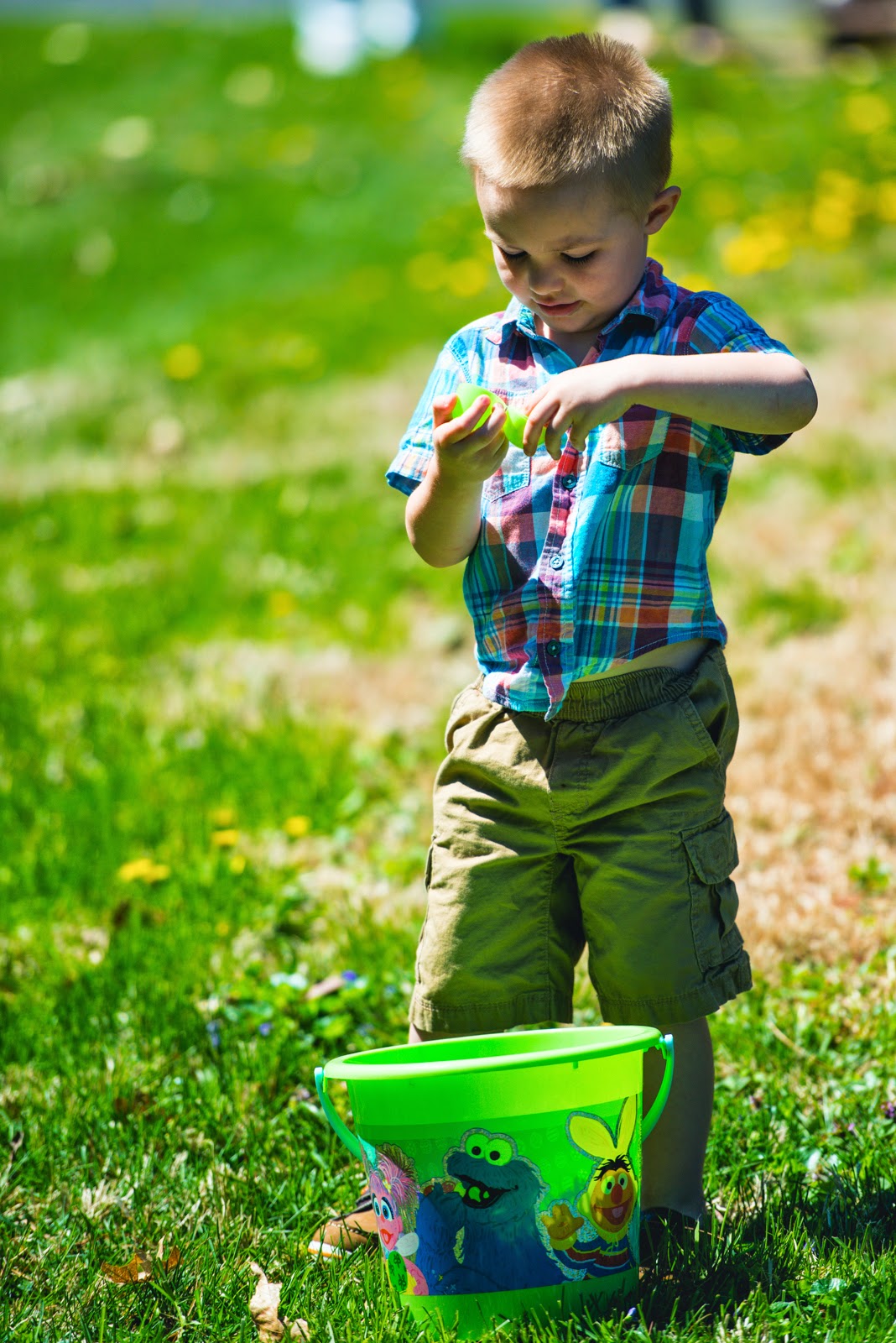 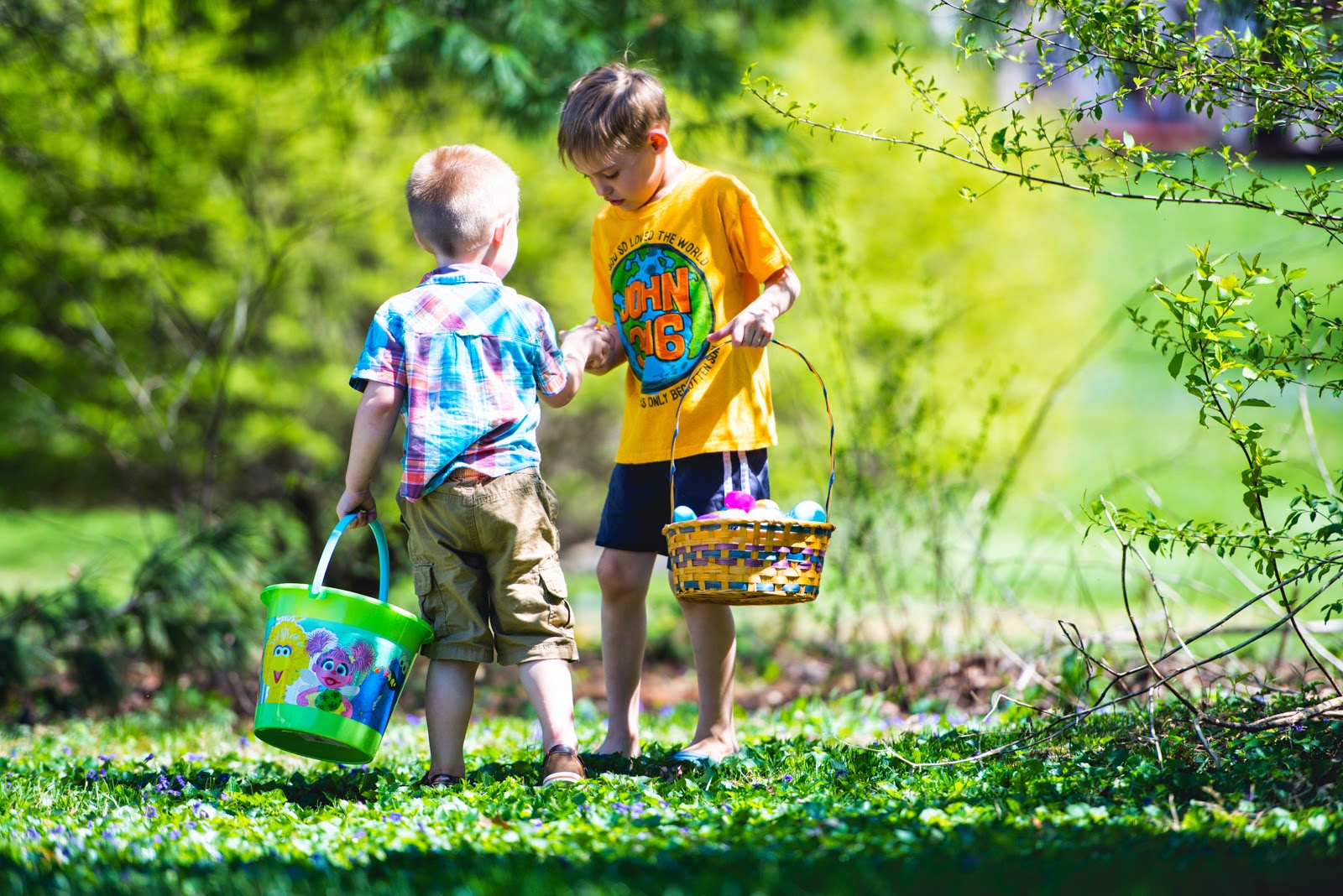 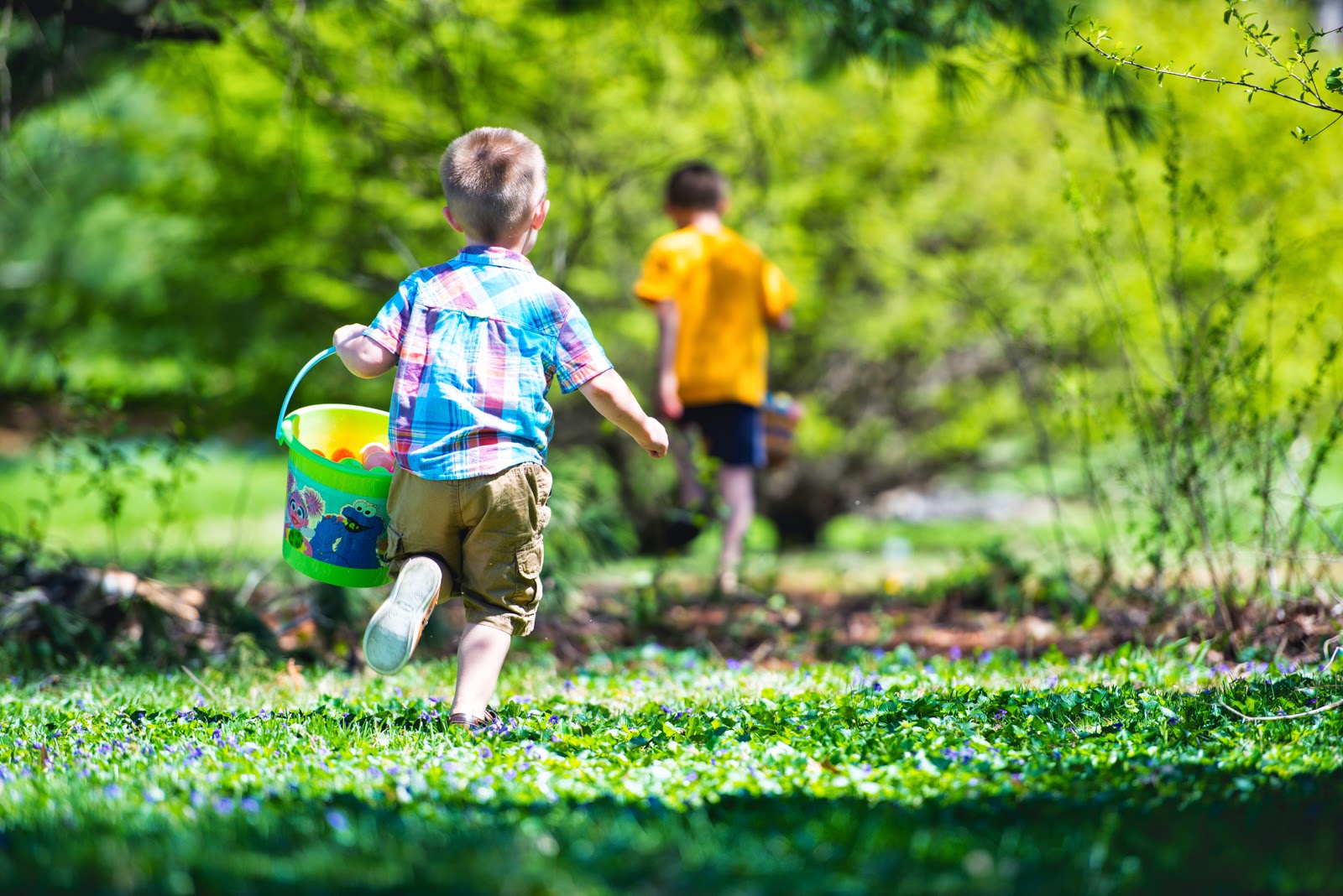 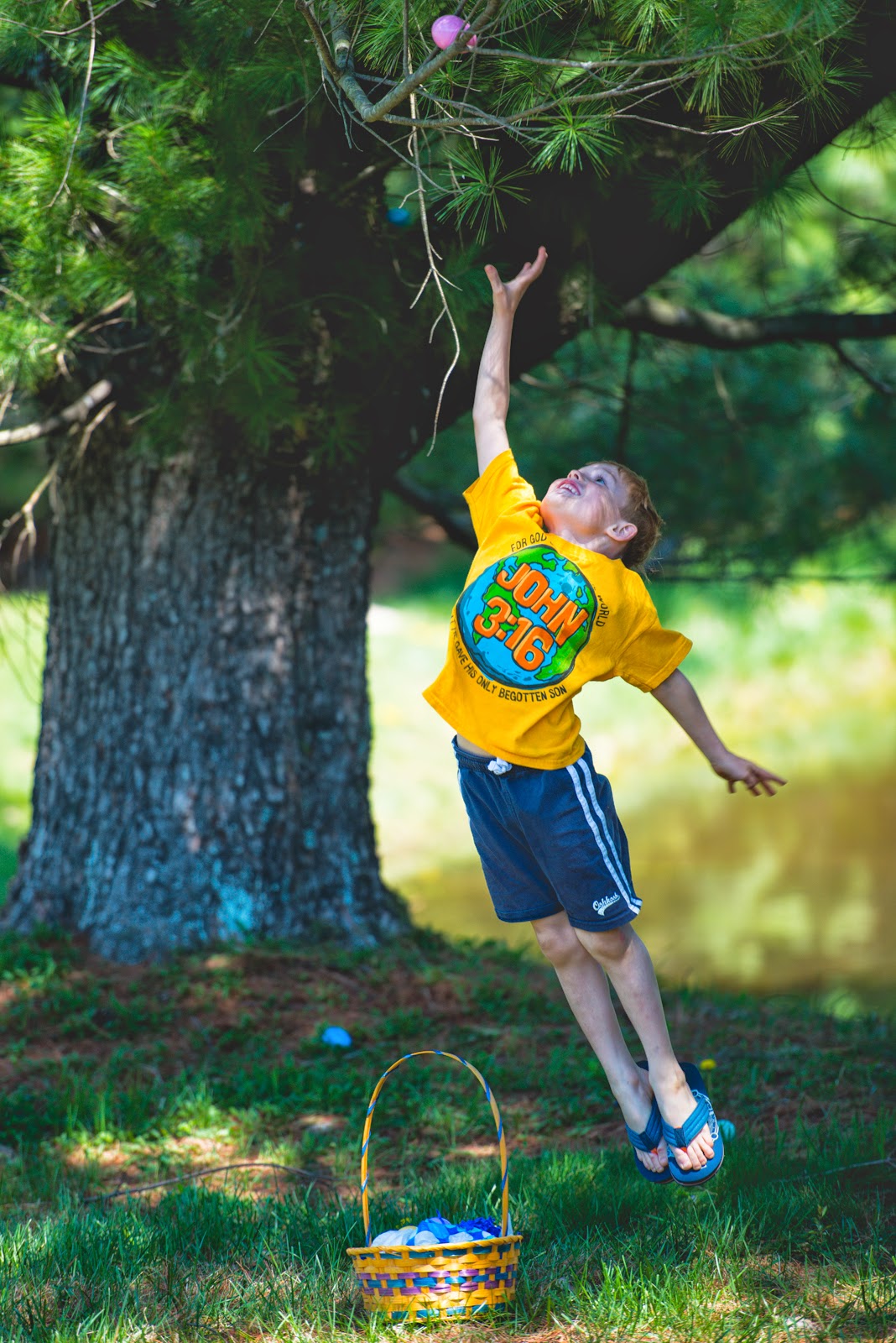 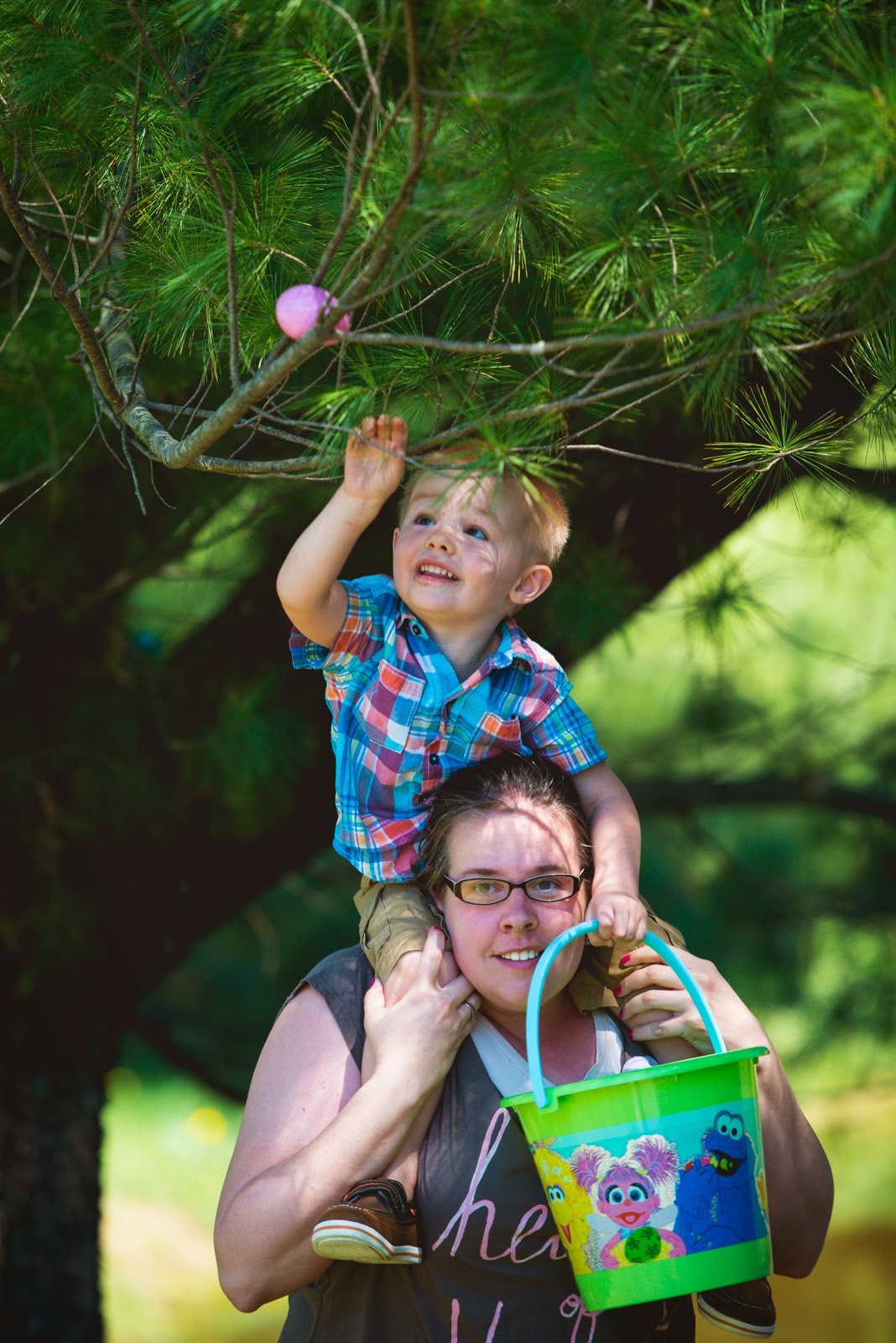 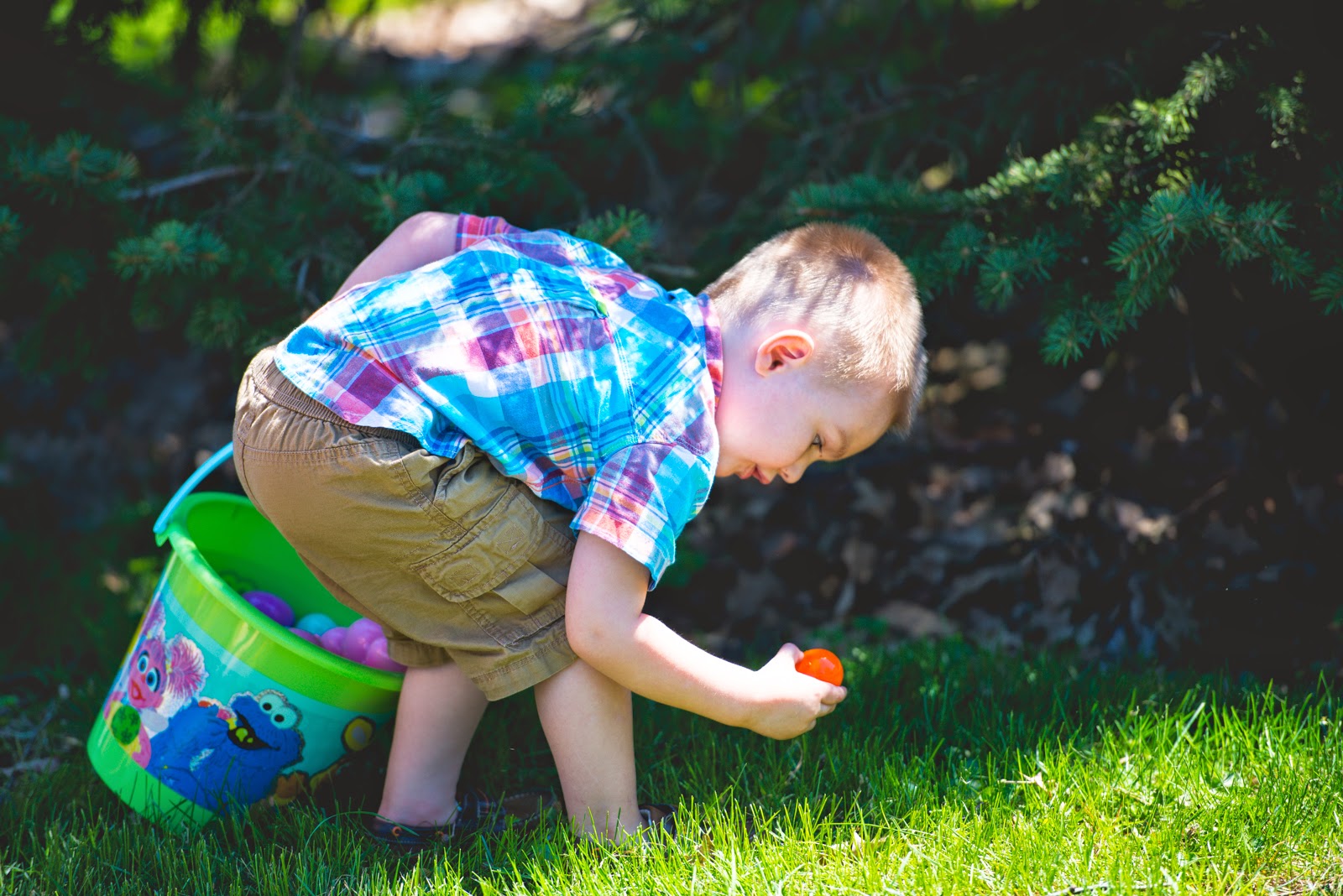 As part of their Easter baskets from Nana, they each got a can of silly string. It seemed like it would be a good idea, but Landon had no idea what it was and didn't really like the stuff shooting out at him. At least his Daddy was kind enough to document it all. Here's the play by play exactly as it went down...at first Landon isn't sure how to work the can. Taylor right away starts shooting him. 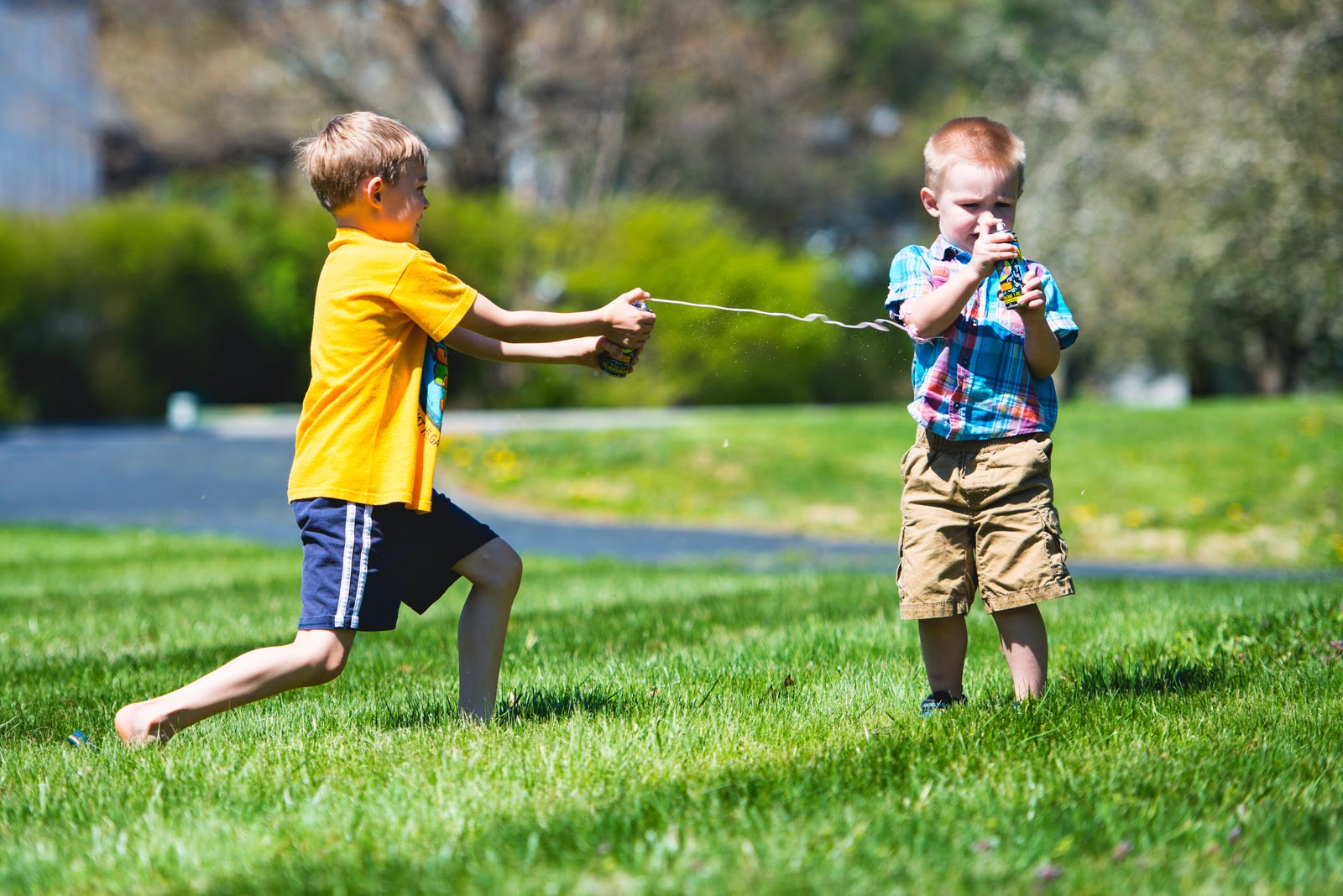 Then Landon realizes he's getting shot with something. He doesn't know what it is, but it keeps coming. 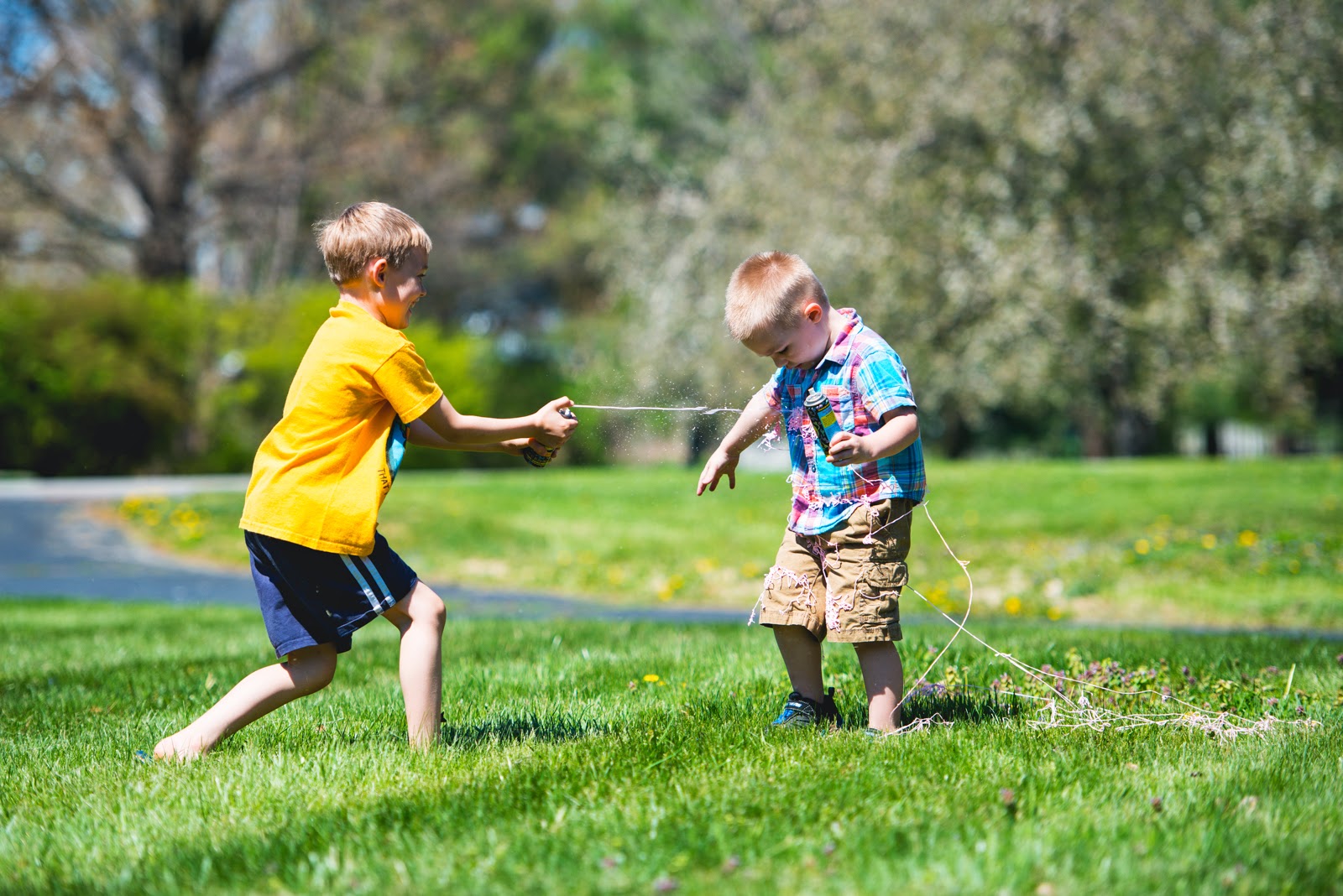 More of it starts getting on him and still unsure he begins to run away. 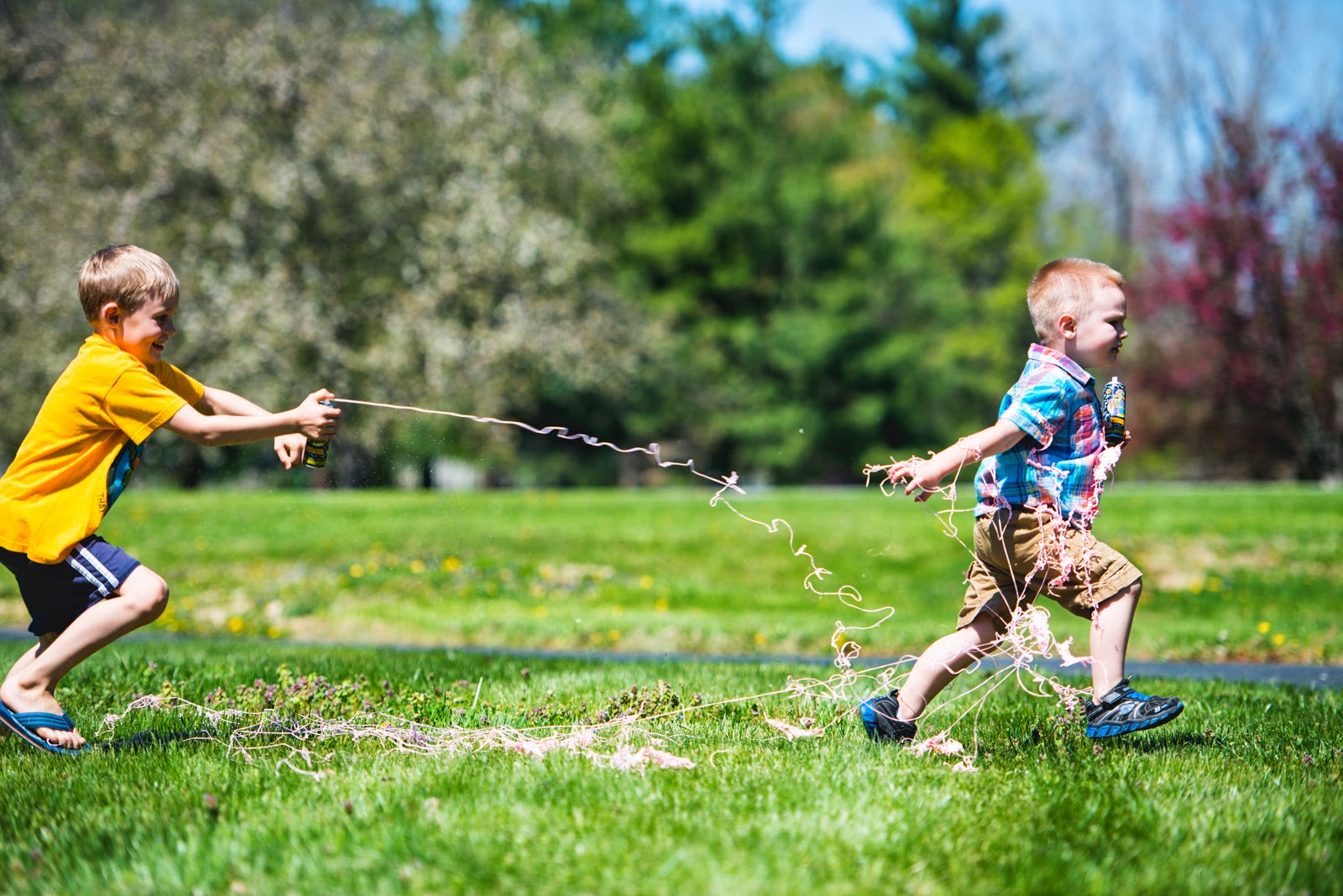 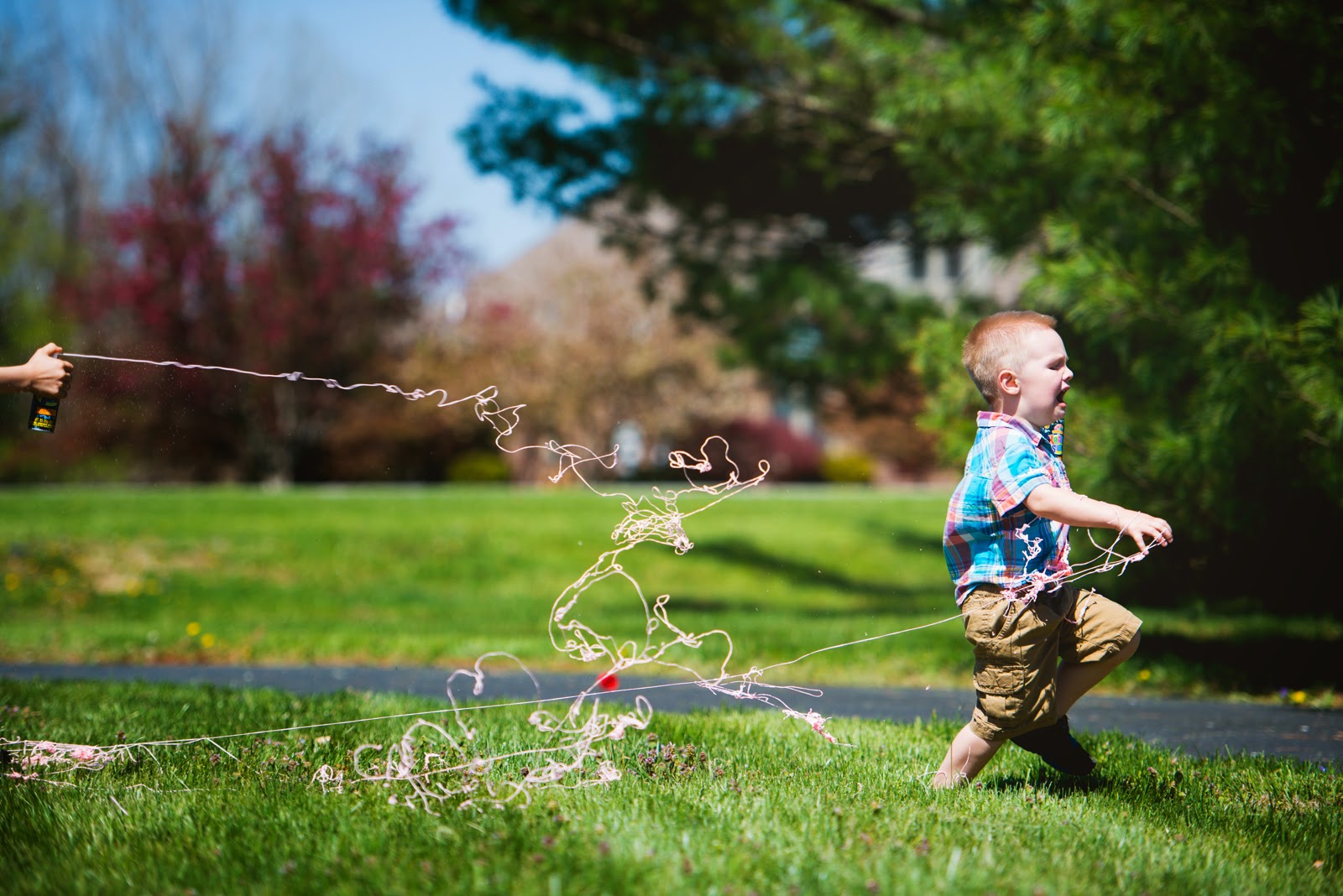 In sheer terror he runs away, screaming and trying get it off of him. Taylor in pursuit. 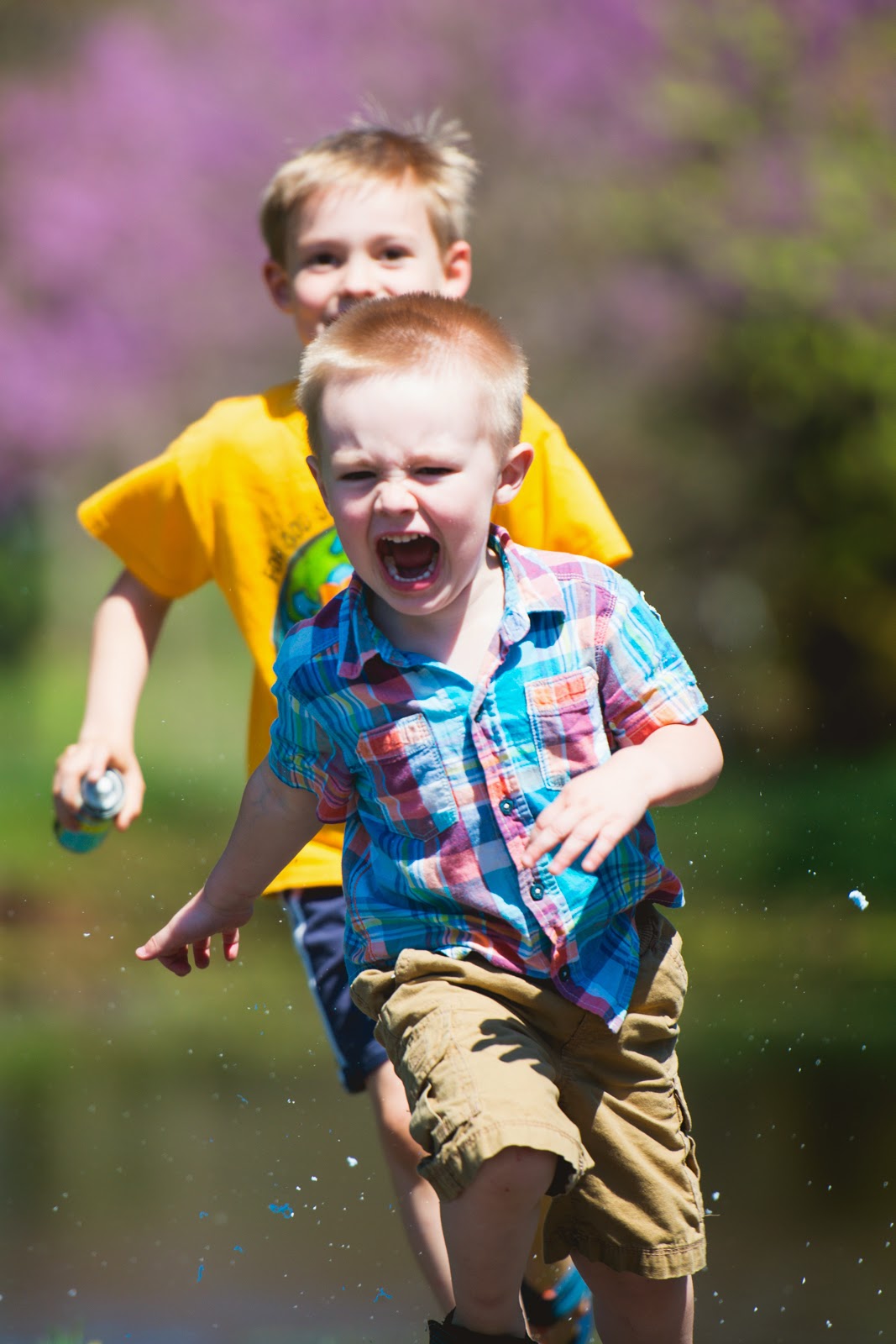 Luckily for him, Nana was nice enough to show him how to spray his own can. He never learned to enjoy getting sprayed, but the way it played it out was more entertaining for the adults. 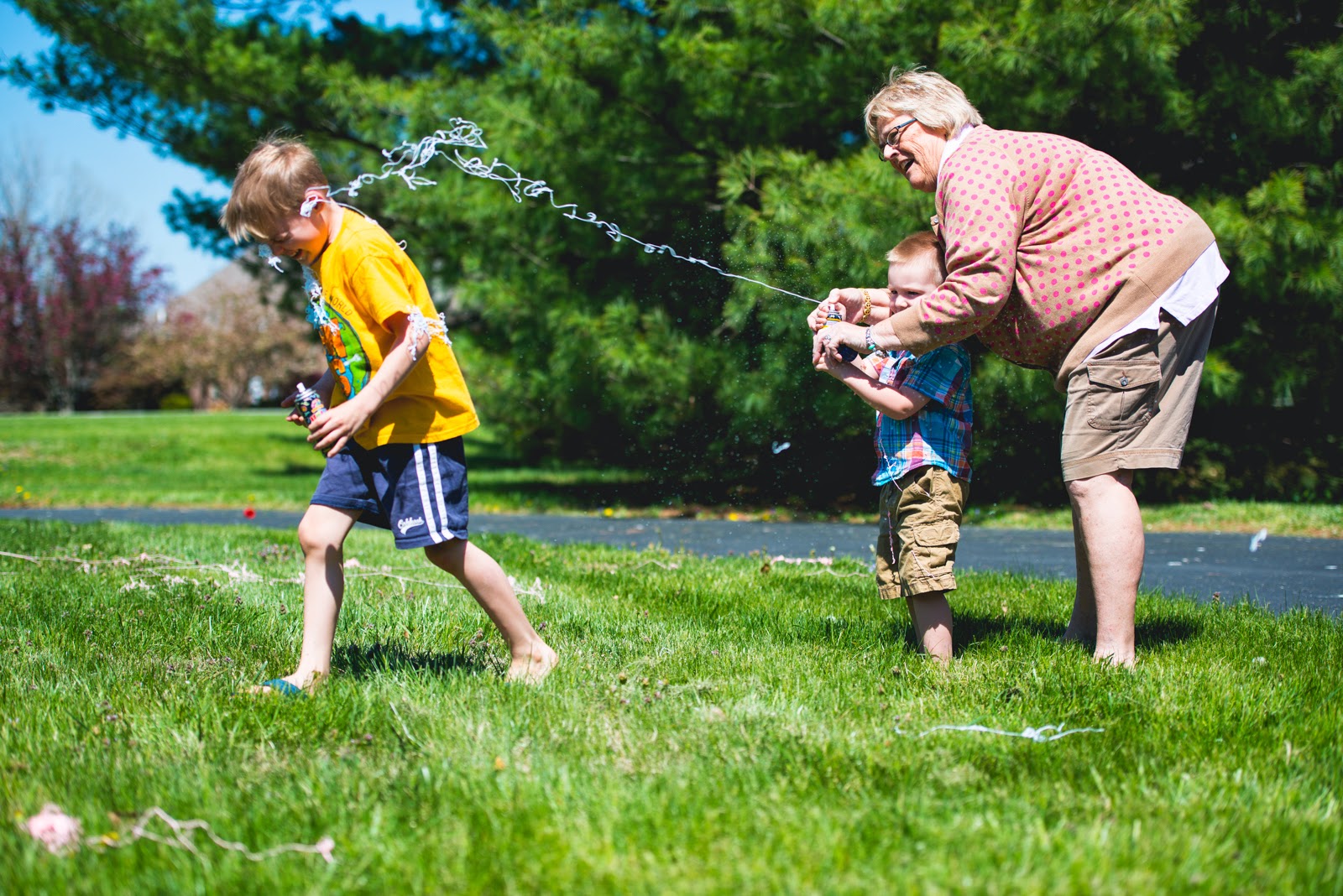 I meant to get everything together for a group picture, but completely forgot. Adam did however manage a picture of the two boys. 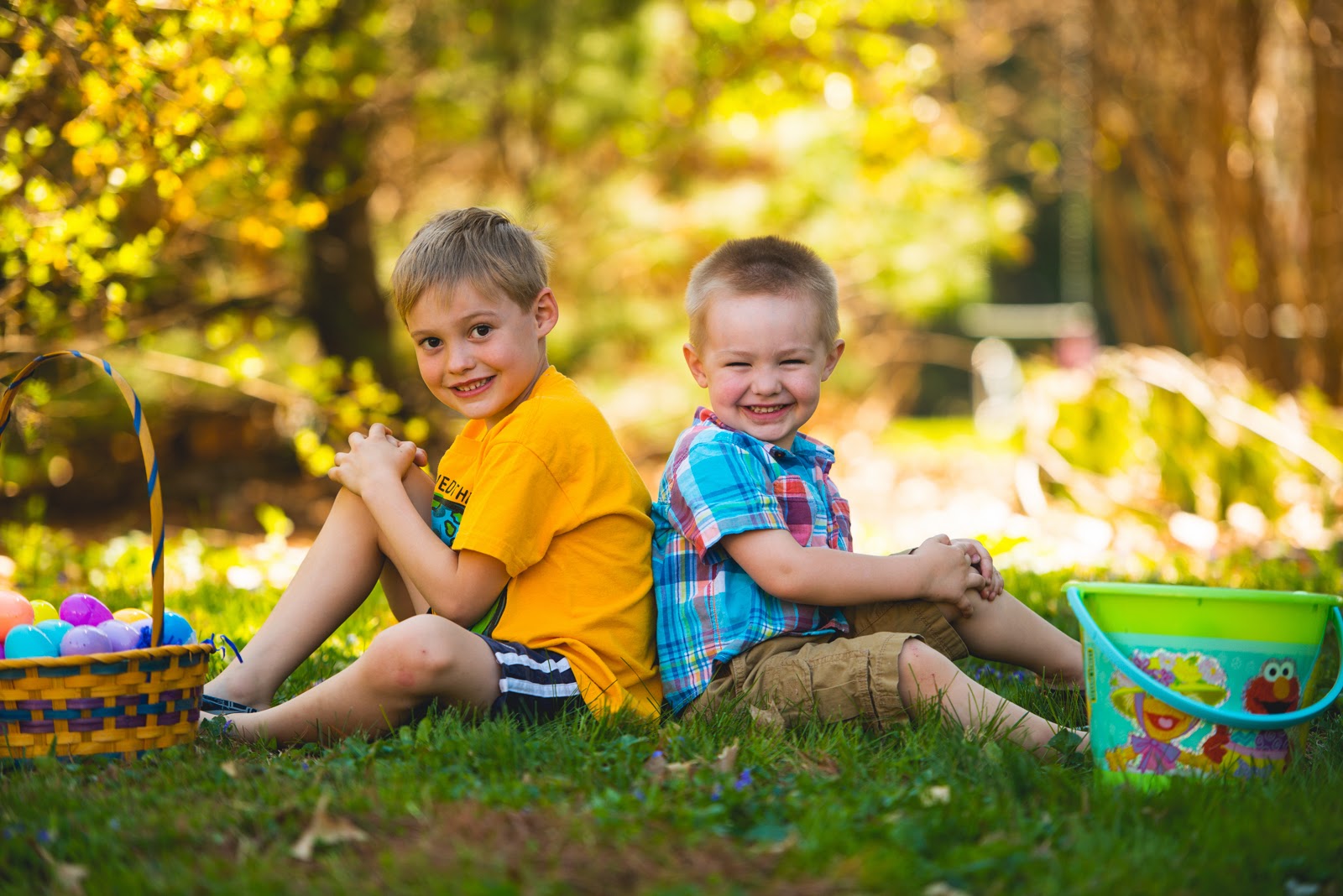 Landon had so much fun that within a few minutes of getting in the car that night he finally got his much needed nap. In lieu of candy, Grandma had gotten him a buzz lightyear toy. Why? Because he asked for one last time he saw her. So spoiled. Good thing too since buzz propped his head up in the car. He was out. 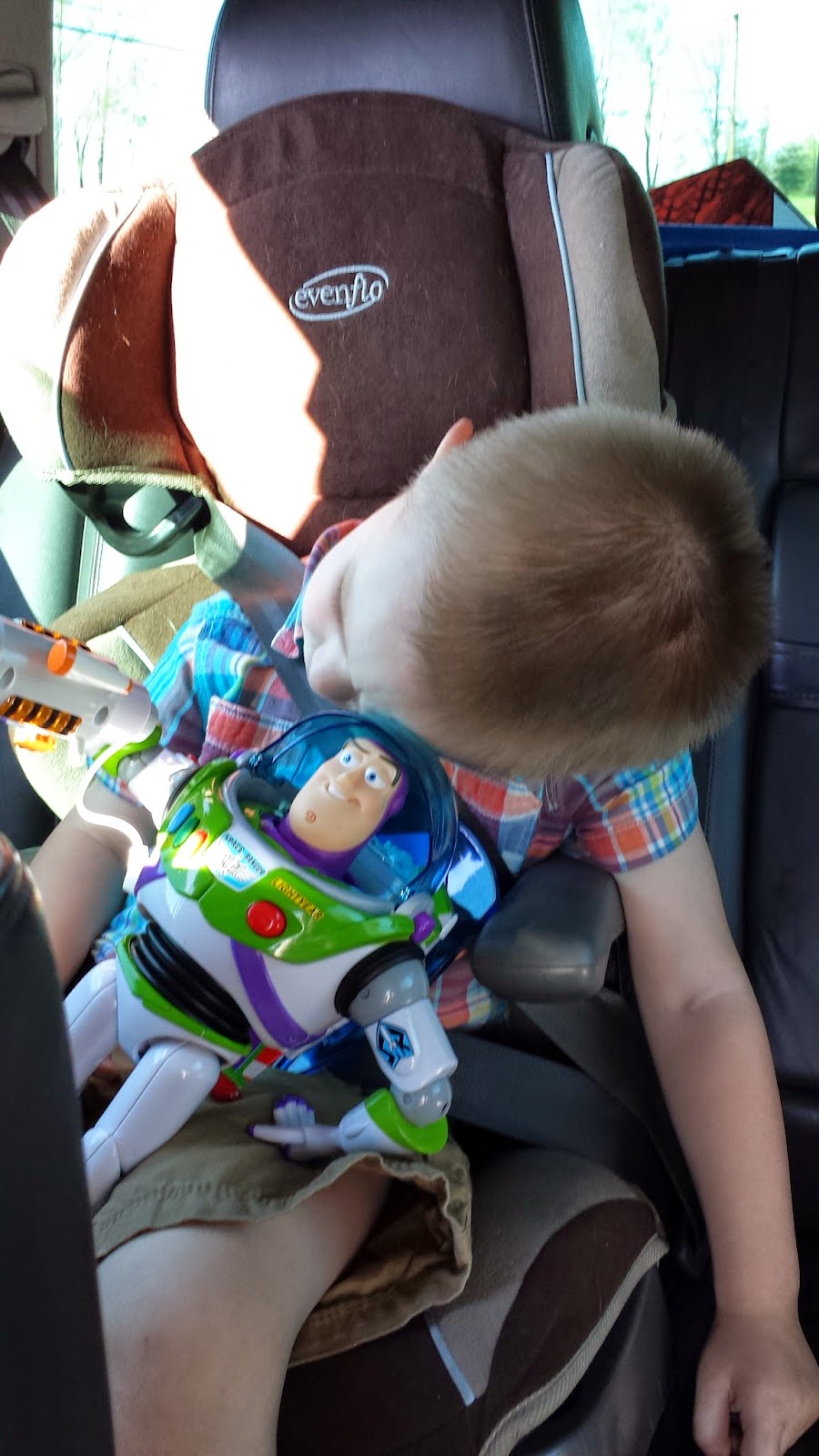 Since we packed so much into this four day weekend and this post is already long enough. More Easter fun to come in the next post...
Posted by Unknown at 7:57 PM