The Weekend I Finally Ate My Words

They say that when you become a parent, it's inevitable that you will end up doing all the things you said you'd never do. Letting your child throw a fit in a restaurant full of people, bribing them to be good with candy, etc etc. I think I may be one of the few parents who hasn't necessarily found that to be the case. Although my little Son can easily make my heart melt, I know I'm a pretty hardass of a Mom and haven't really had to eat my words just because he gives me that dimpled smile of his. That being said, I did have a major mouth cramming session a few weeks when I finally did something I swore I would never, ever, ever, do.


Despite Adam asking every single year for eleven years I've always told him that I would never, in my lifetime, go with him to a Renaissance Festival. No, I had never been, but would probably have made the top ten list of things I'd rather poke my eyes out than do. Why? I'm honestly not sure. I had this preconceived notion of what it would be, the type of people that would be there, and how much I would loath every second of it. On top of that, the only Renaissance Festival I knew of growing up was in Eminence, KY. Anyone from Oldham County knows that NOTHING good comes from Eminence so despite his yearly badgering, I always said there was no way I would ever go to a Renaissance Festival.

Well all that changed when we moved to Nashville. Just outside the city and only 20 minutes from our house is local castle, Castle Gynn. What started as a local man's high school project to draw his dream home actually became a reality when he purchased some acreage in Arrington, TN and in 1980 slowly started to build the medieval reproduction with his own hands. The castle is visible from the nearby highway and looks to be pretty impressive. After driving past it a few times, learning the history, and finding out that each May it is home to a Renaissance Festival which grants you access to tour the castle, I finally decided it was time to eat crow and make my husband's dream come true. Well, maybe not dreams, but I definitely shocked him when I actually agreed and planned to go the first weekend in May. We met up with my co-worker/friend, her husband, and three (one on the way) little girls. Landon enjoys playing with her daughters and being such a ladies man already, I think he especially enjoyed the boy to girl ratio that day (even at one point offering to push Isabella around). 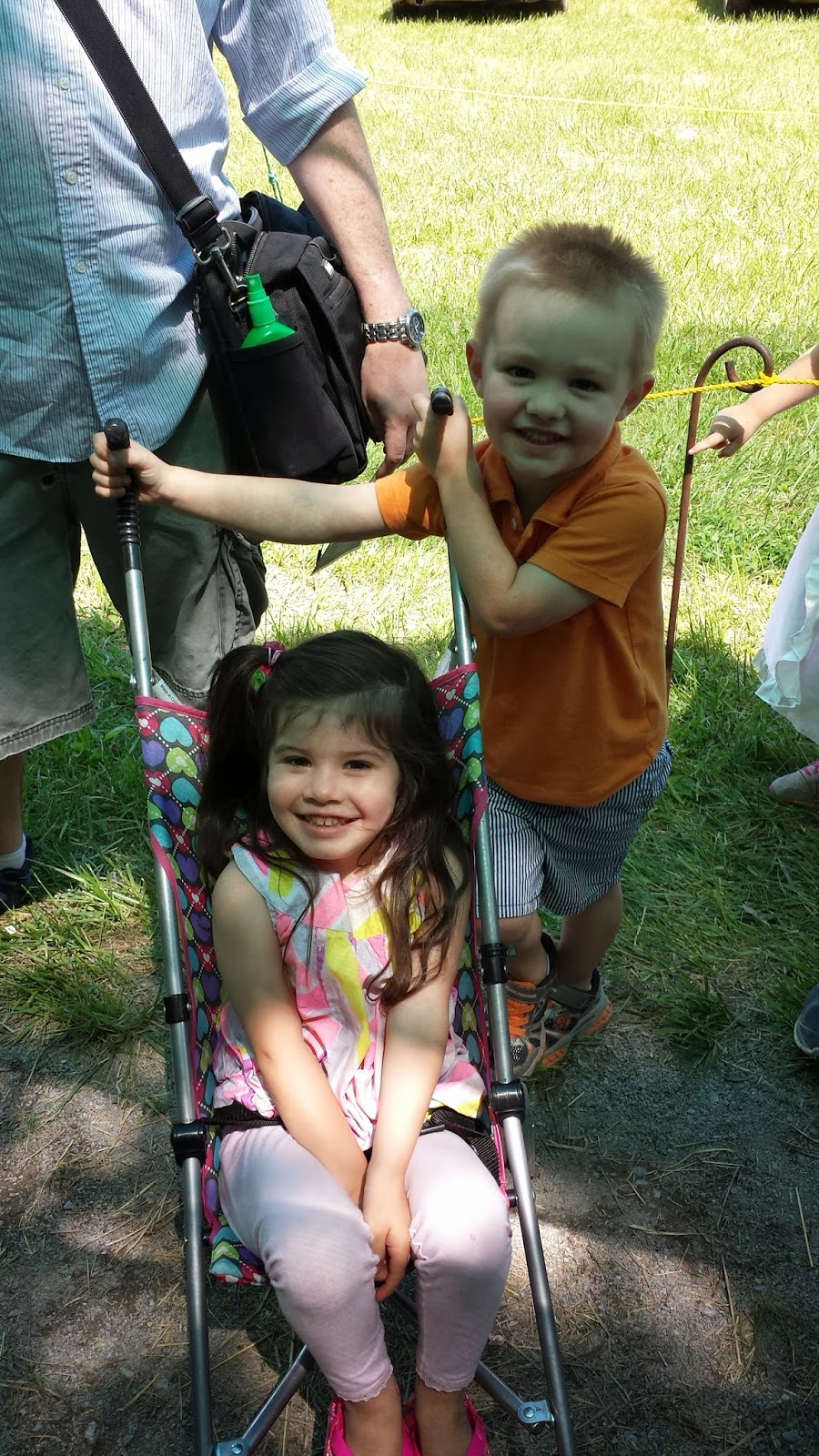 Future wife maybe? She's half Peruvian, but if this Mom has it her way, he'll marry a Croatian girl. It's completely my fault, but the Croatian bloodline is getting way too thin. Still, I can't blame him for liking these little cuties. The girls were really anxious to see the castle and despite the long looking line, we were told it would only be a 30 minute wait so we decided to do that first. After an hour and half wait we finally made our way up to the castle to get a close look. 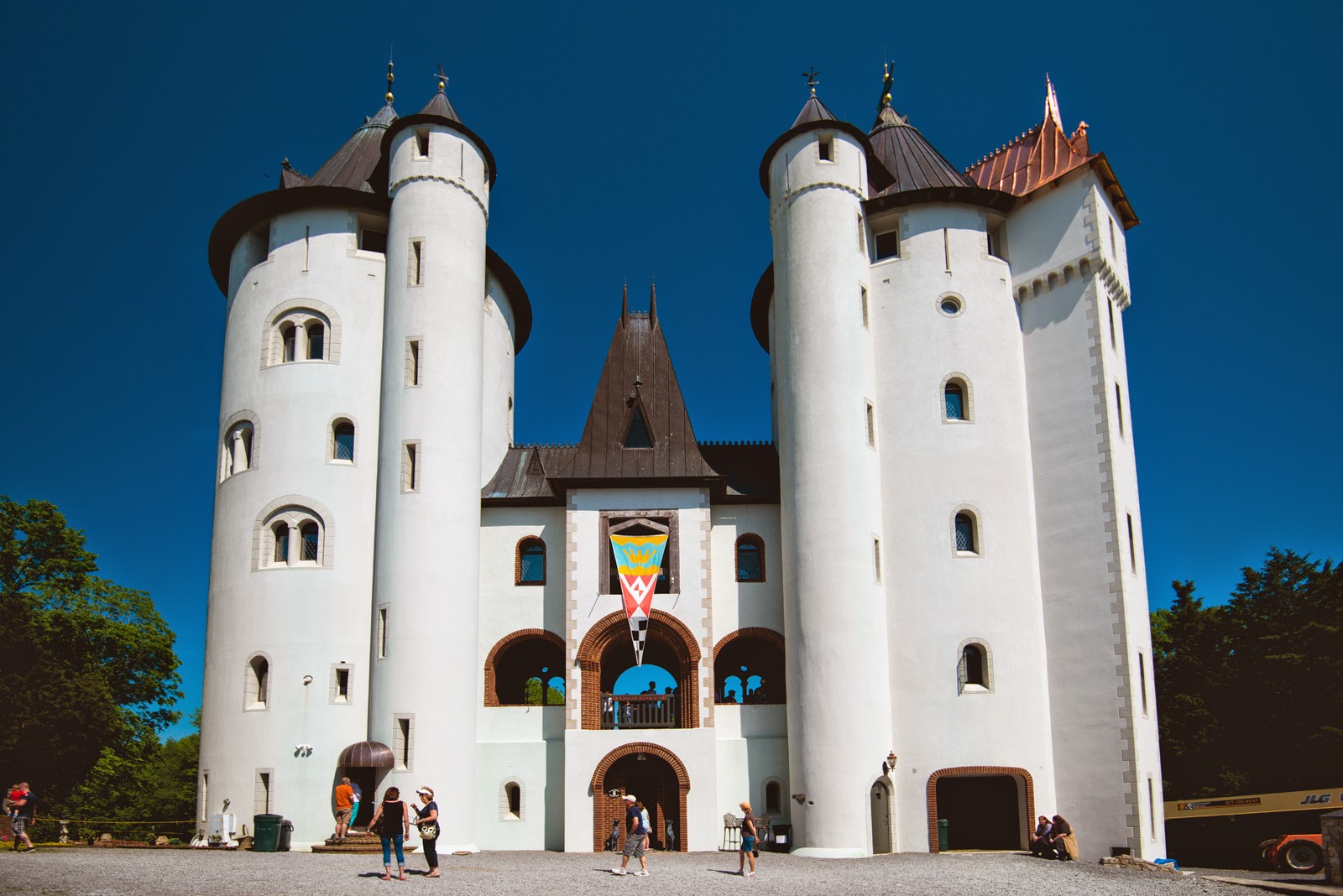 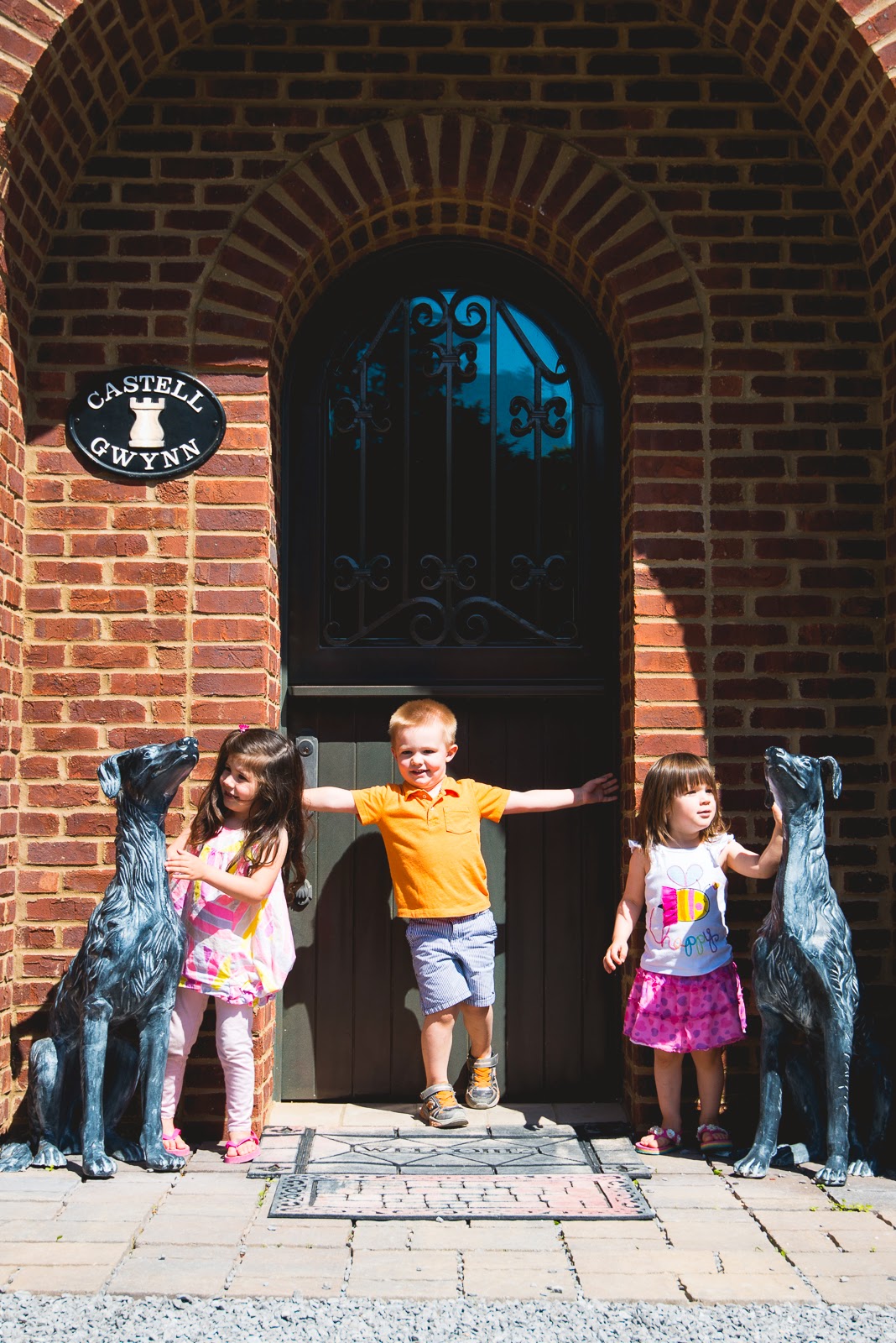 It's pretty random, this big white medieval castle smack in the middle of Middle Tennessee, but the kids thought it was super cool. Landon kept asking where the princess was and if we could go to the top to see her. Admittedly, while what we saw of the castle was impressive, very little is actually open. The owner is not only still building the castle little by little, but also lives there permanently so only the kitchen and a small portion on the downstairs is open as well as one tower room and the balcony on the second floor. I have no idea what the other 85% of the castle looks like from inside. A small collection of medieval artifacts are on display including a few fun things for kids, but otherwise the castle was just a pretty structure to see from outside and a lot of wasted day. Landon's highlight was the knights helmet. 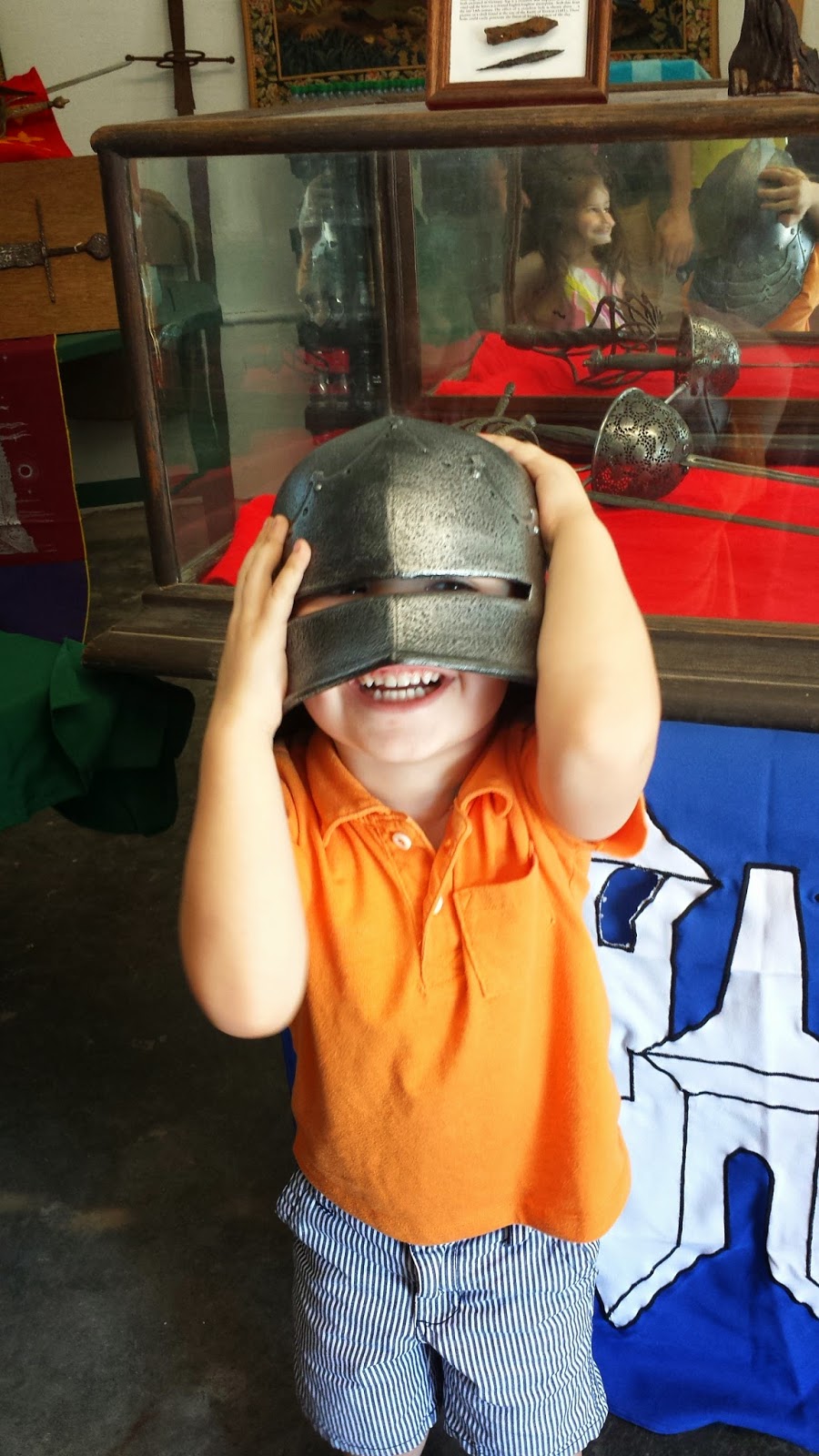 His lowlight was the whining that ensued when he learned he couldn't go to the top of the castle. So after three hours at the Renaissance Festival, we hadn't managed to see very much festival. We made our way back to the festival and the girls stopped and had their face painted. 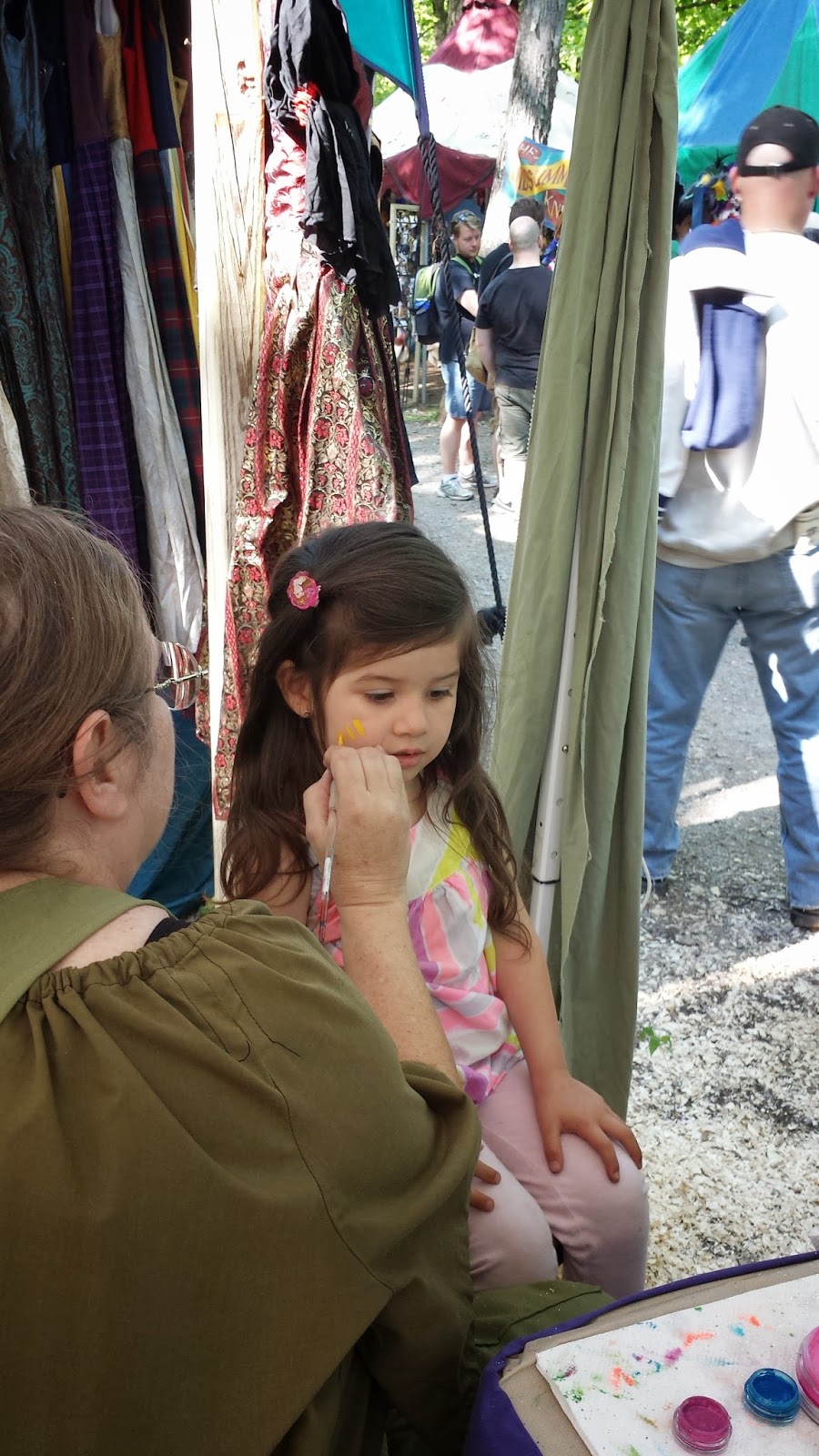 We checked the schedule of events and noticed a juggling show was about to begin. We thought the kids would enjoy it so we grabbed some front row seats and kids played for a few minutes while we waited. 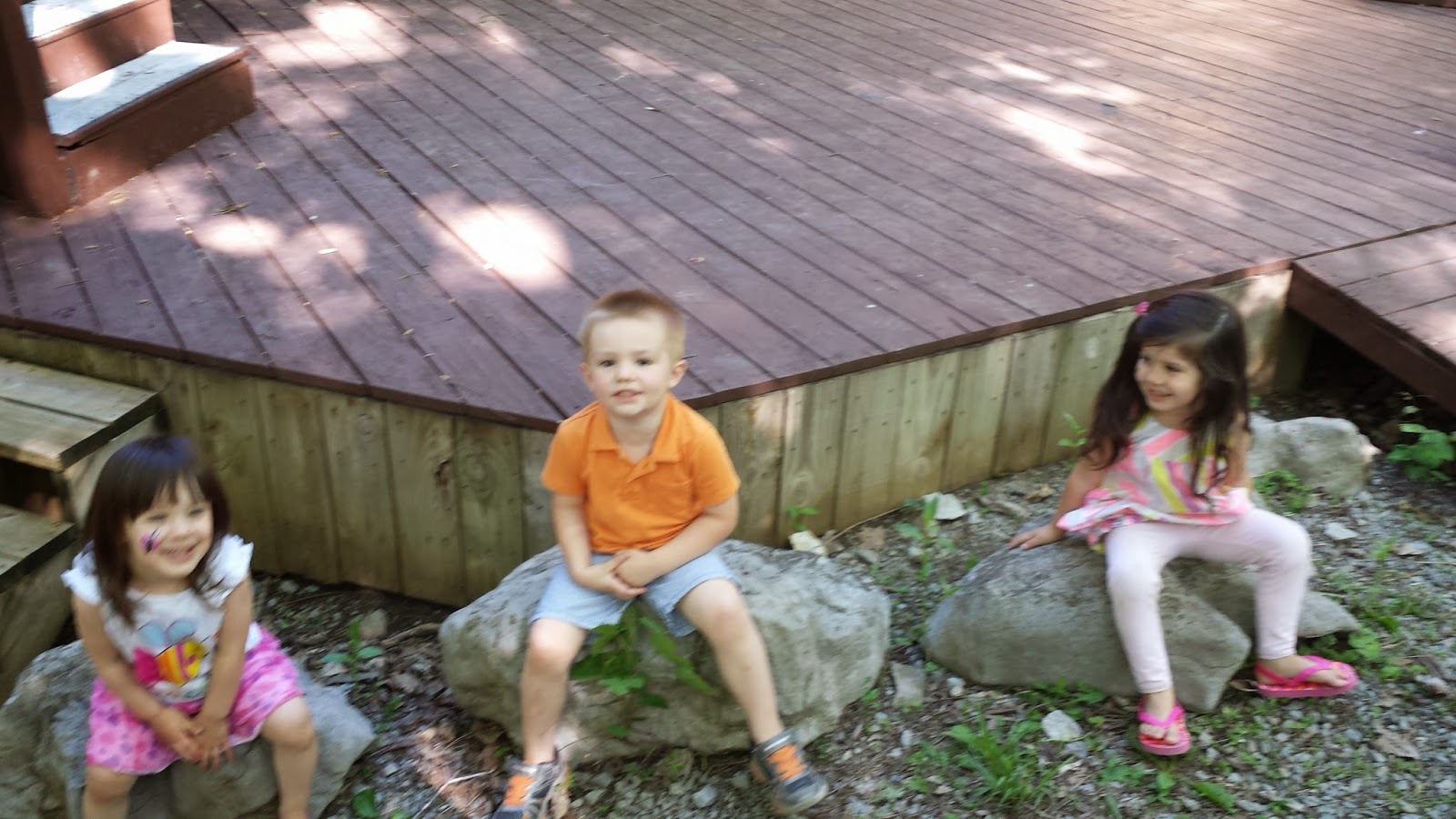 It's very hard to get three kids under 4 to sit still even for a second, but all that changed when the juggling started. I have to admit that even I was impressed and glued to my seat. I never would have imagined. 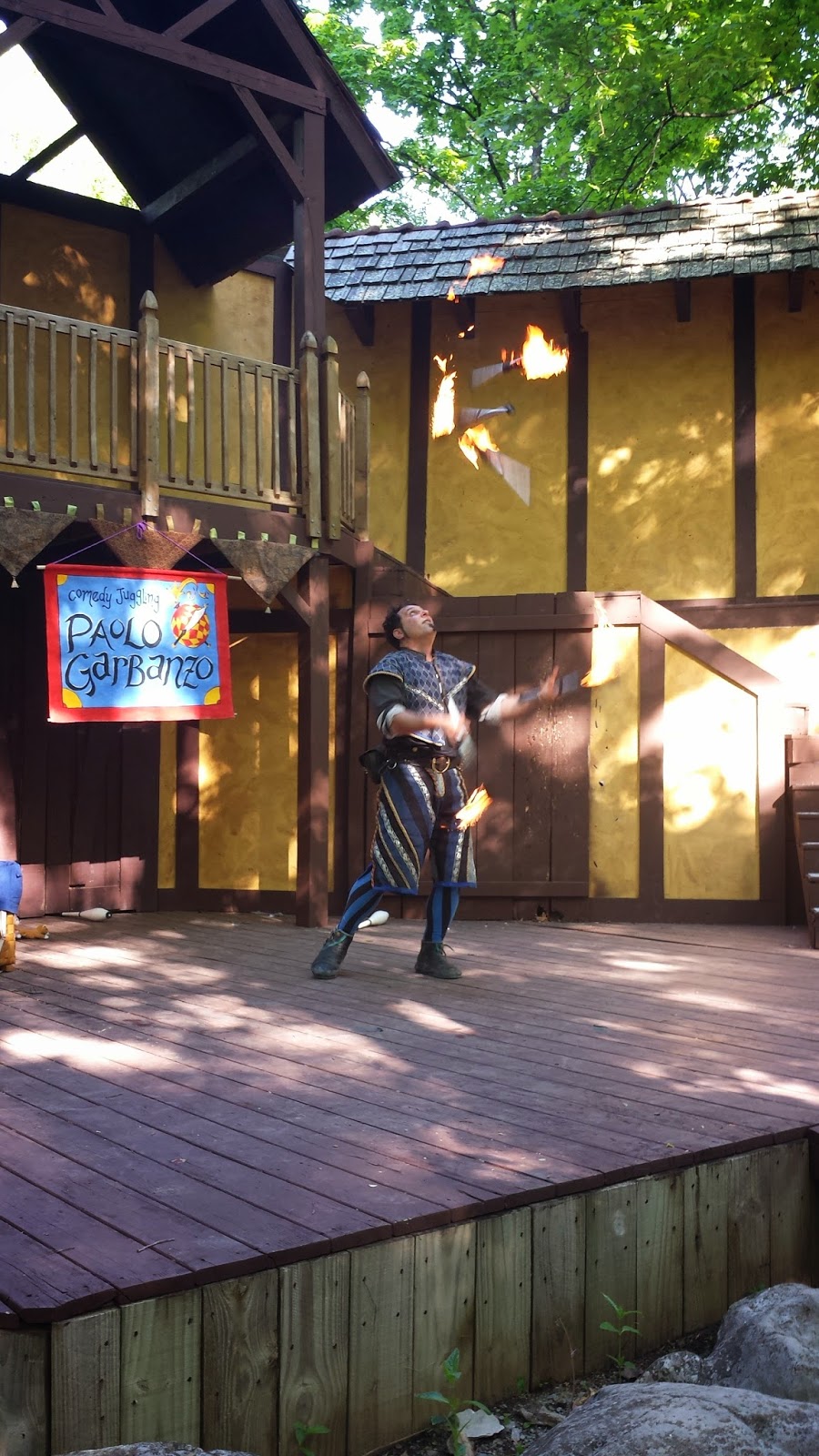 He juggled a multitude of items including knifes and pins on fire. He even juggled while balancing on a ball, but I failed to get a picture. It was surprisingly entertaining for both the kids and the adults. After his show we decided to make our way to the jousting field. While walking there we spotted this guy... 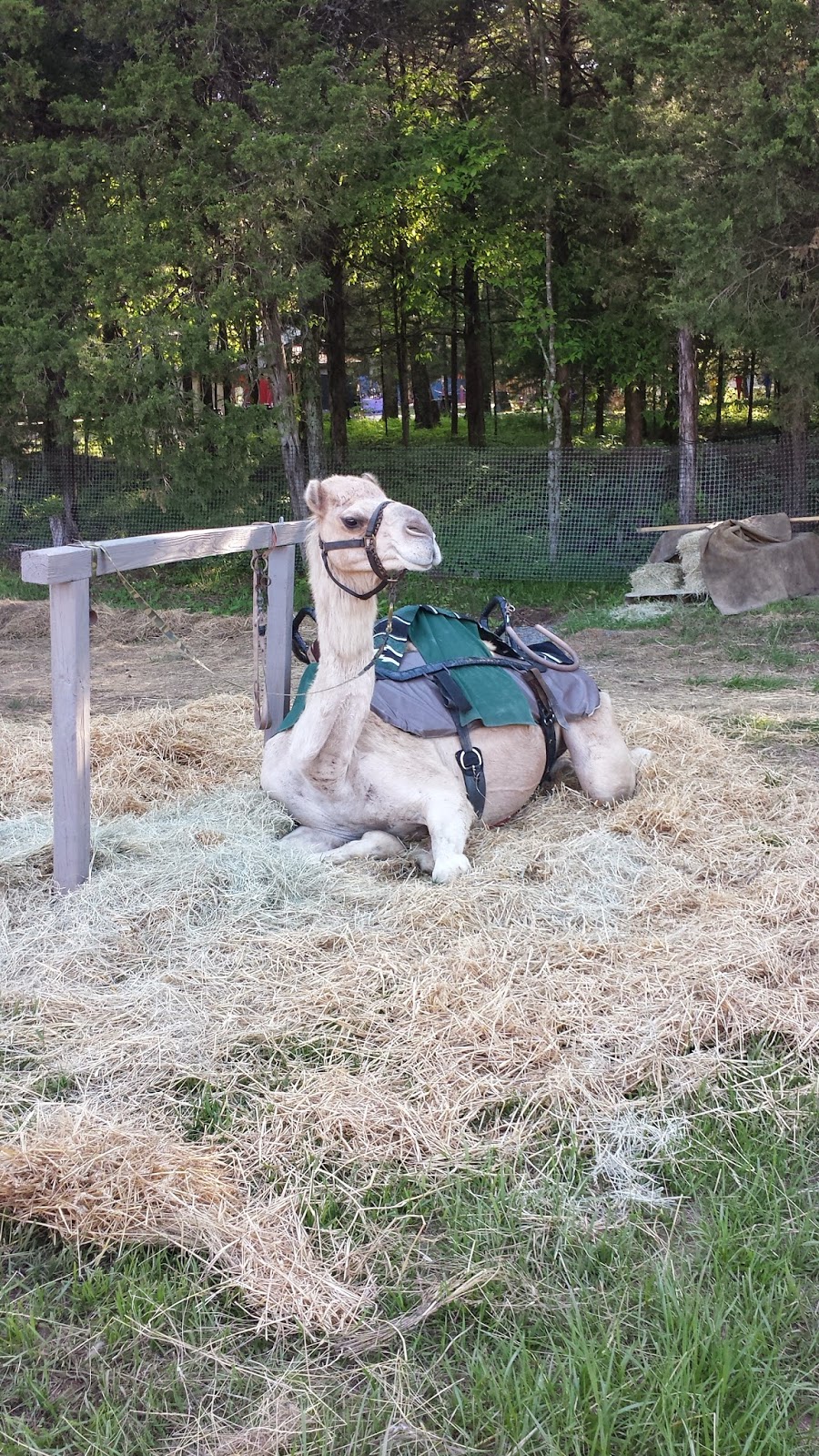 ..who was available for rides! I had no idea the Renaissance Fair would have camel rides. Jenny and her family hopped aboard and took a small stroll on his back. They also had a Birds of Prey Tent and we found out that they had given demonstrations earlier in the day. 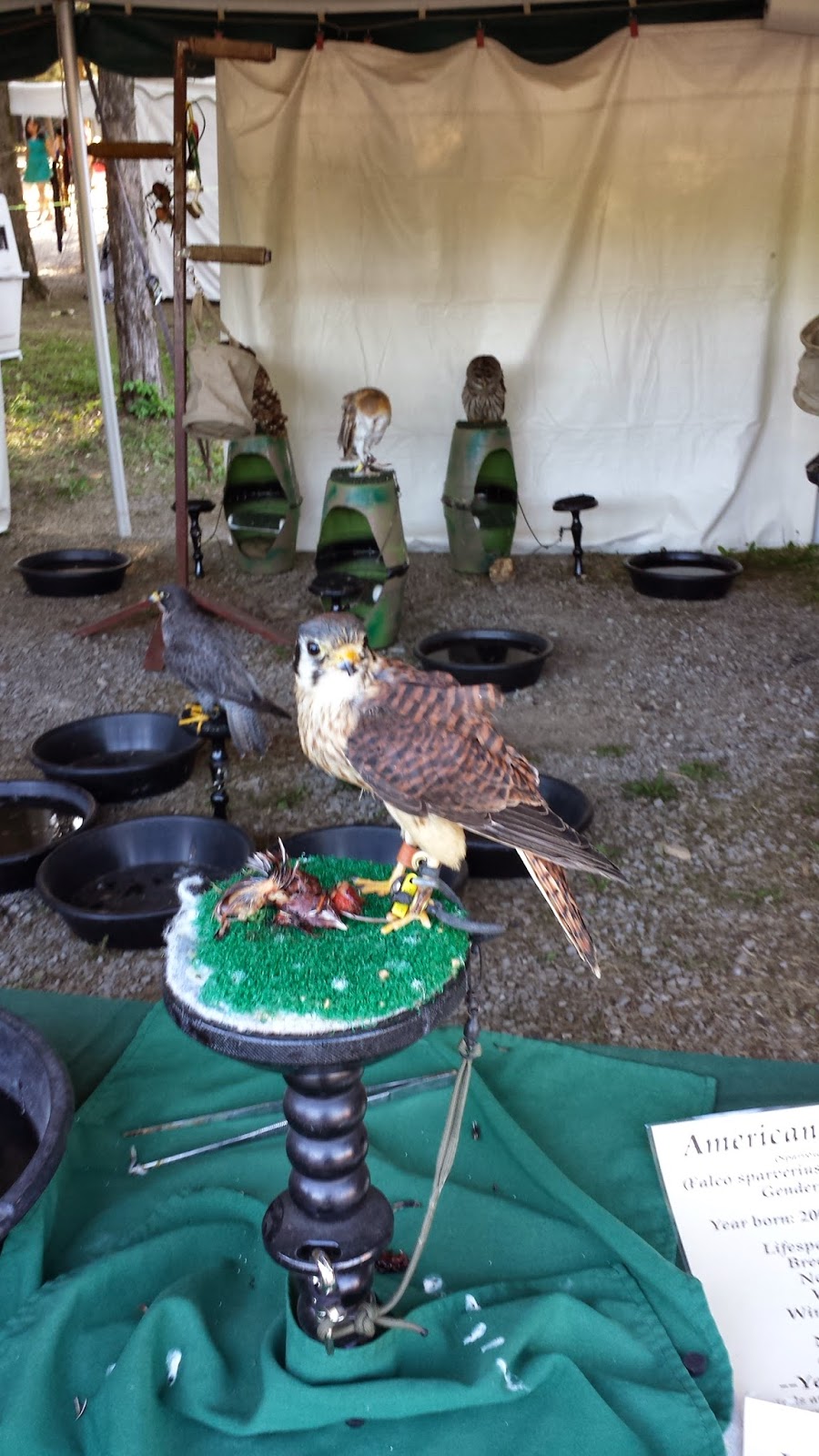 Adam always says when he gets rich he's going to become a Falconer and I have to admit they are pretty neat. It's really a shame we didn't realize sooner that they had shows through the day. It would have been fun to see.

We watched the jousting for a little bit which actually was the real deal with horses, men in full armor, and charging at each other with 10 foot jousting sticks. Maybe I'm the only person on Earth who didn't realize how much stuff actually went on at a Renaissance Festival. All these years I assumed it was a bunch of people dressed up in Lord of the Rings and Harry Potter costumes, running around acting like children, eating turkey legs and buying swords. In reality, there is a lot of that, but that wasn't all it was. There were tons of food vendors selling everything from turkey legs to crepes to roasted nuts. They had a number of different stages with different events throughout the day from the crowning of princesses for children to adult-only comedy shows. They had plenty of activities for children including rides and carnival games and enough things for even adults to enjoy.

We arrived at the fair around noon and wasted almost three hours at the castle. By the time we got done, we could only manage to see two shows and then it was starting to dwindle down. We also made the mistake of not bringing cash with us and everything within the fair was cash only. At $20 an adult ticket it would be super easy to blow $100 there without even purchasing anything for sale (and there was plenty of that). Other than the shows, everything cost money, all the games, rides, animal encounters, etc. The amount of food and drinks alone could cost some serious cash. Had I known what to expect better I would have planned the day a little differently. We would have got there when it opened, figured out which shows we really wanted to see, and skipped the castle. We also would have brought some cash so Landon could have done more stuff and Adam could get his picture taken with a Falcon ($5 per person). BUT, and that's a capital B-U-T, I still enjoyed it and although we won't be going back this year, I we will try and make a point to go again when it happens again next May. And even though I've had to eat my words and have now gone to AND enjoyed a Renaissance Festival, I will say, I will NEVER, go to a Renaissance festival dressed up!