Day 3: Despite a temperature of 45 degrees outside during the night we, all slept very well. We woke up at 7am, packed up our gear, and headed out. Have a I mentioned how much I actually enjoy camping? Thus far, we've only stayed at designated campsites which include a tent pad, picnic table and fire pit. There is always a bathroom nearby and it is actually very comfortable. With your own campsite it seems very private and having a bathroom to utilize doesn't make it feel so backwoods, but staying outside overnight really allows you to enjoy nature. Plus, it makes you feel like a kid again and our kid had a blast on his first camping experience! His only complaint was that we we were leaving too soon. 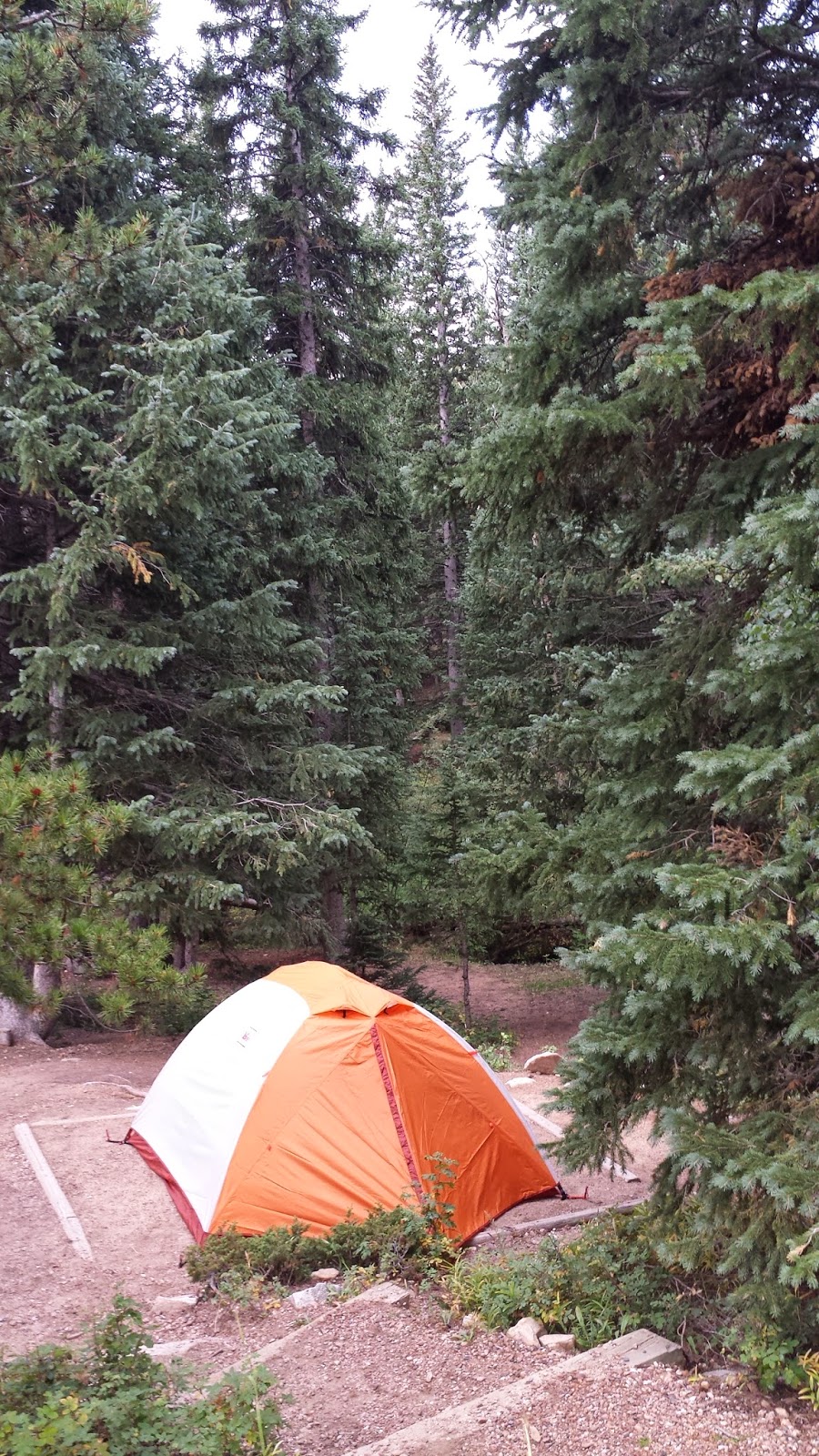 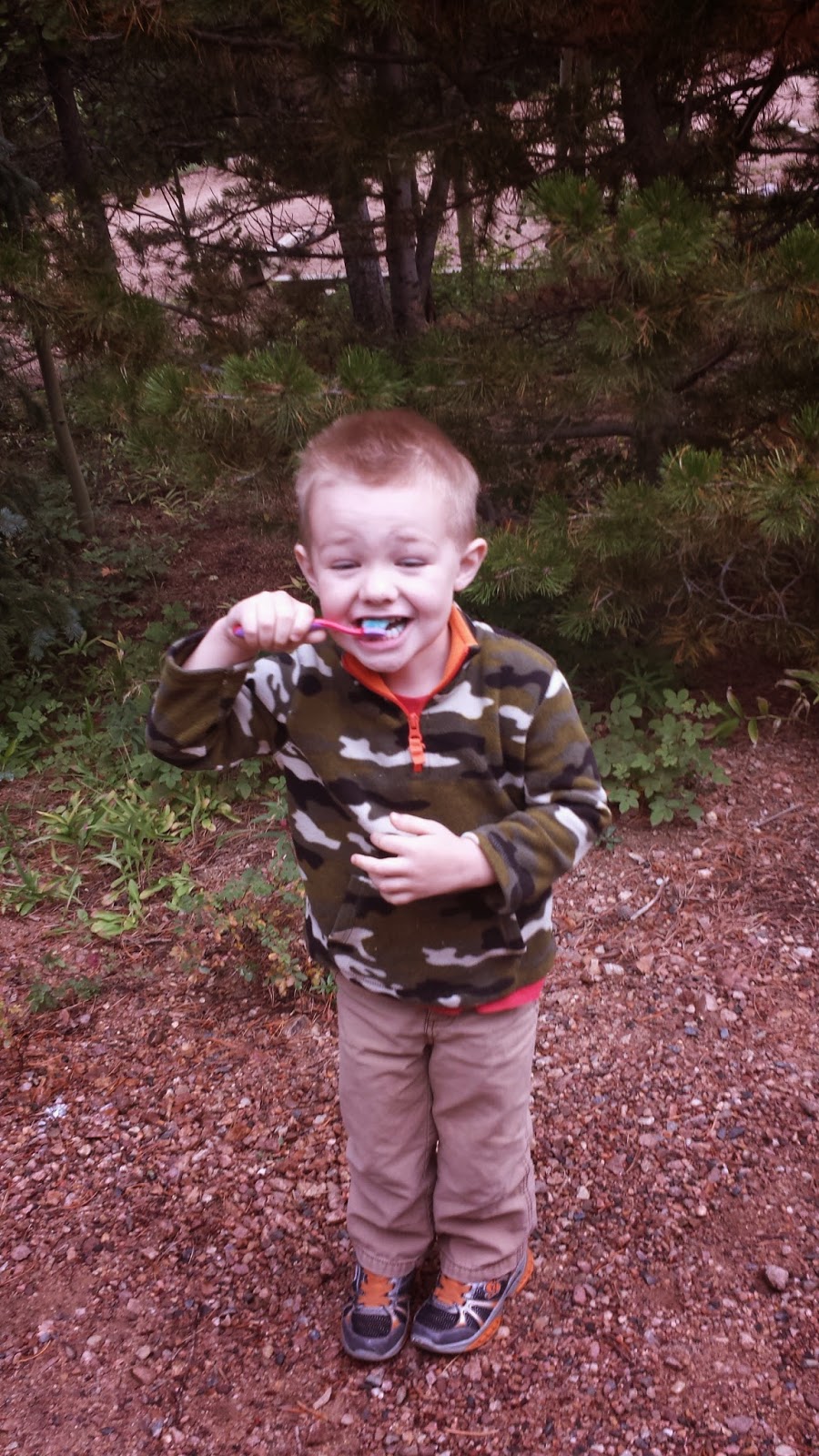 As we started to come out of the park we got our first good glimpse of what we had been waiting for…the Colorado we knew and loved. 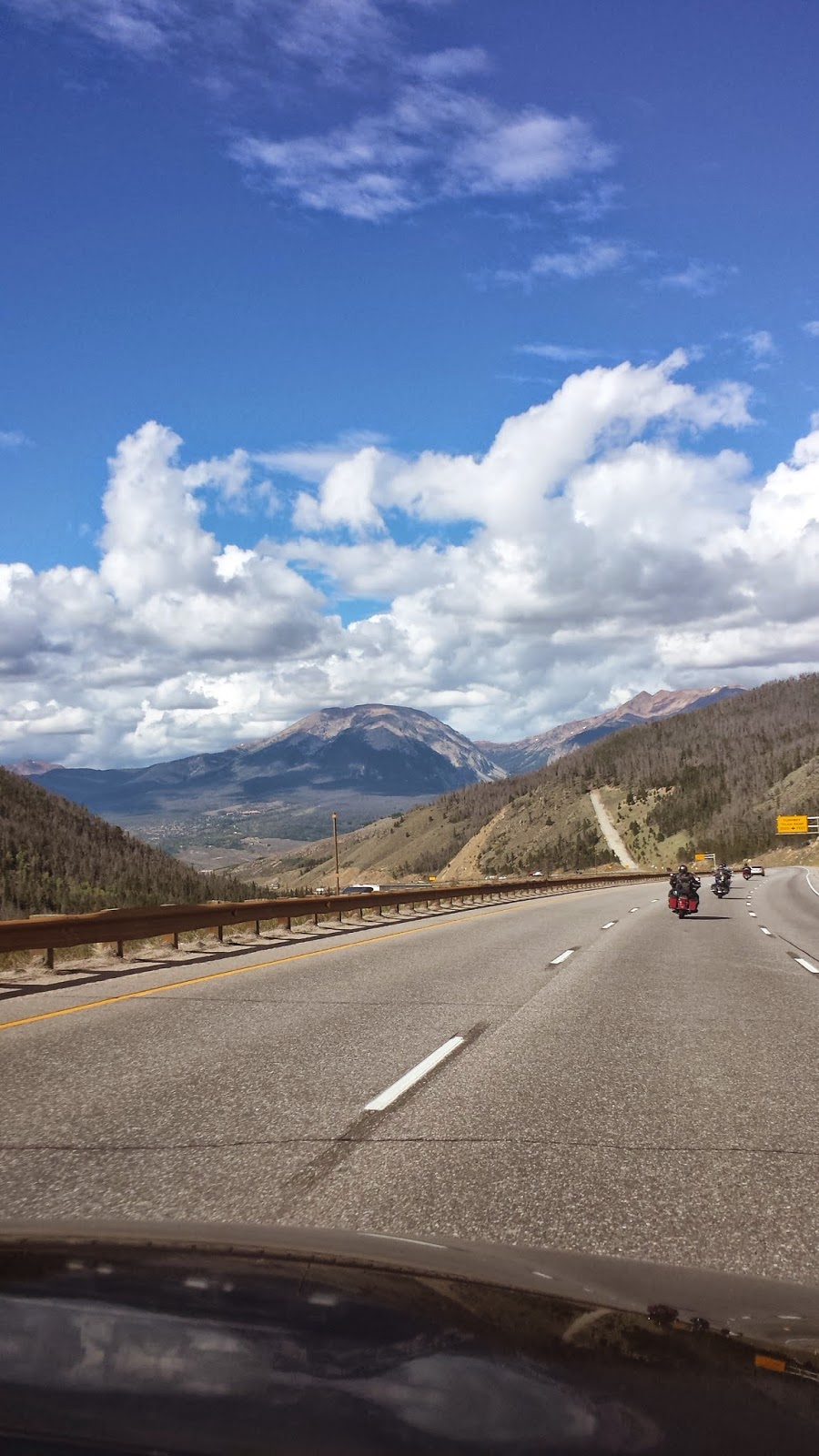 Back on the interstate, it wasn't long until we were driving through Vail. I didn't realize just how close it was to Denver. Vail didn't seem any prettier than any of the rest of Colorado, but you could see a number of ski slopes on the green mountains. However, not too far past Vail, the Mountains of Rock gained a beautiful red tint which took my breath away. Pictures just don't do it justice. 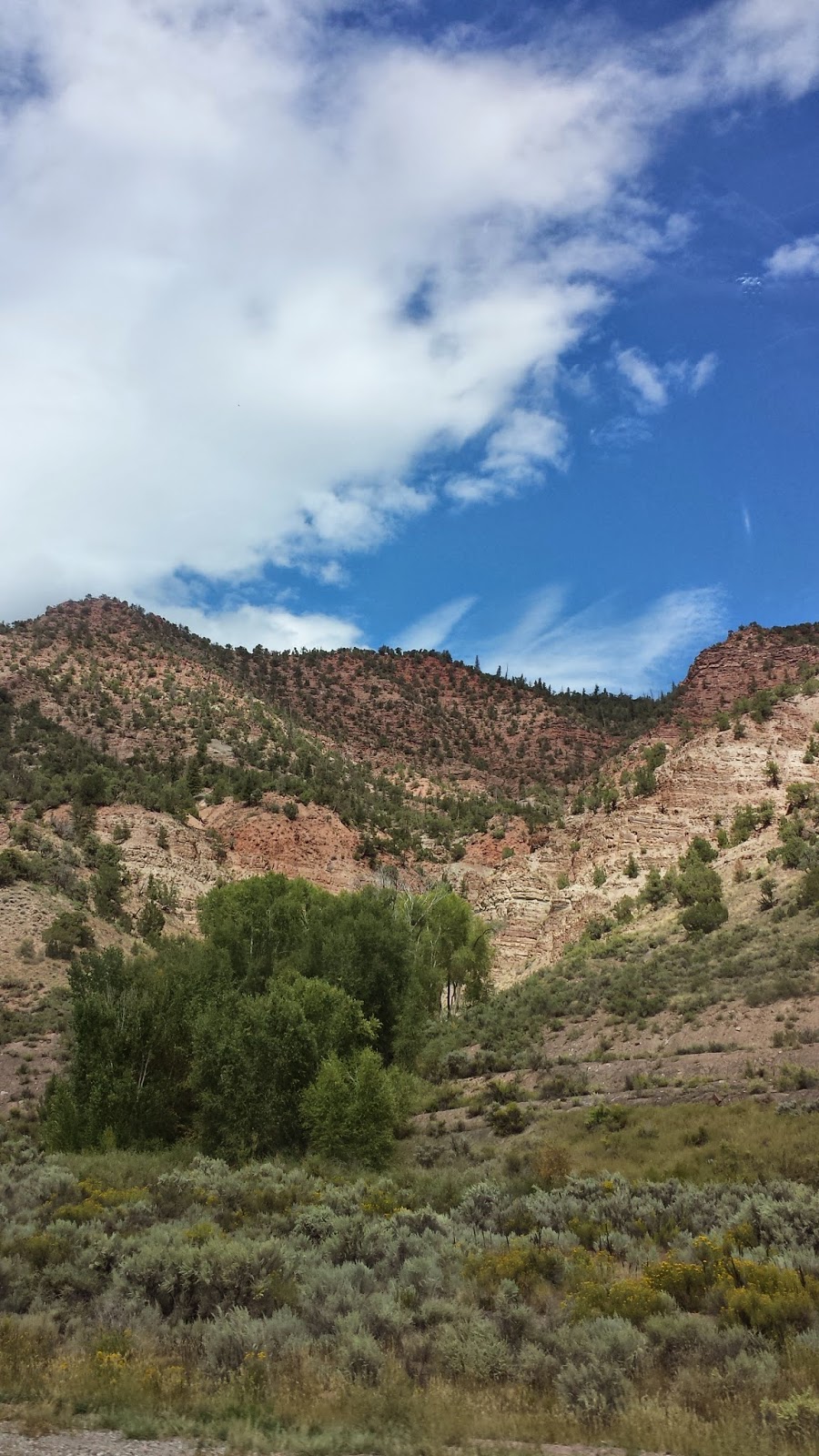 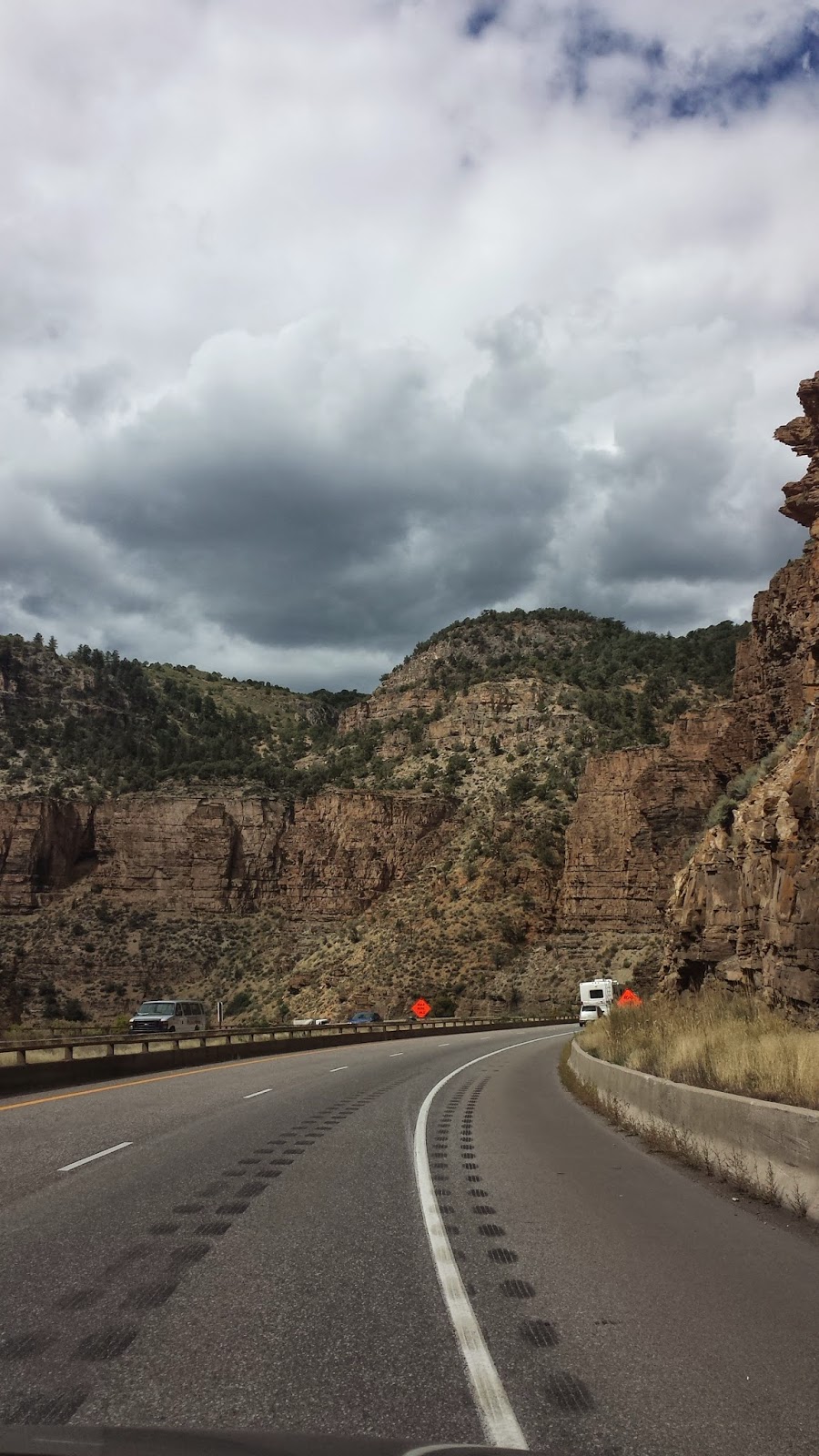 Around the area of Eagle Colorado things really got pretty. The White River snaked along the path of the interstate and I wanted to throw our entire itinerary out the window just to spend the day rafting down it. Towing a trailer really slowed us down which has caused us to be driving even longer than the 8-9 hours per day that we originally estimated. That and the fact that we had to arrive in San Francisco by Wednesday night meant that there was very little time to stop and just take pictures along the way. We had the GoPro taking time lapse photos (which I still need to work on), but other than that, they only pictures we come from snapshots by the phone as we drive by. It’s just not the same.

Towards the Western section of Colorado and once we entered into Utah it seemed to really become the idea of the Western frontier. 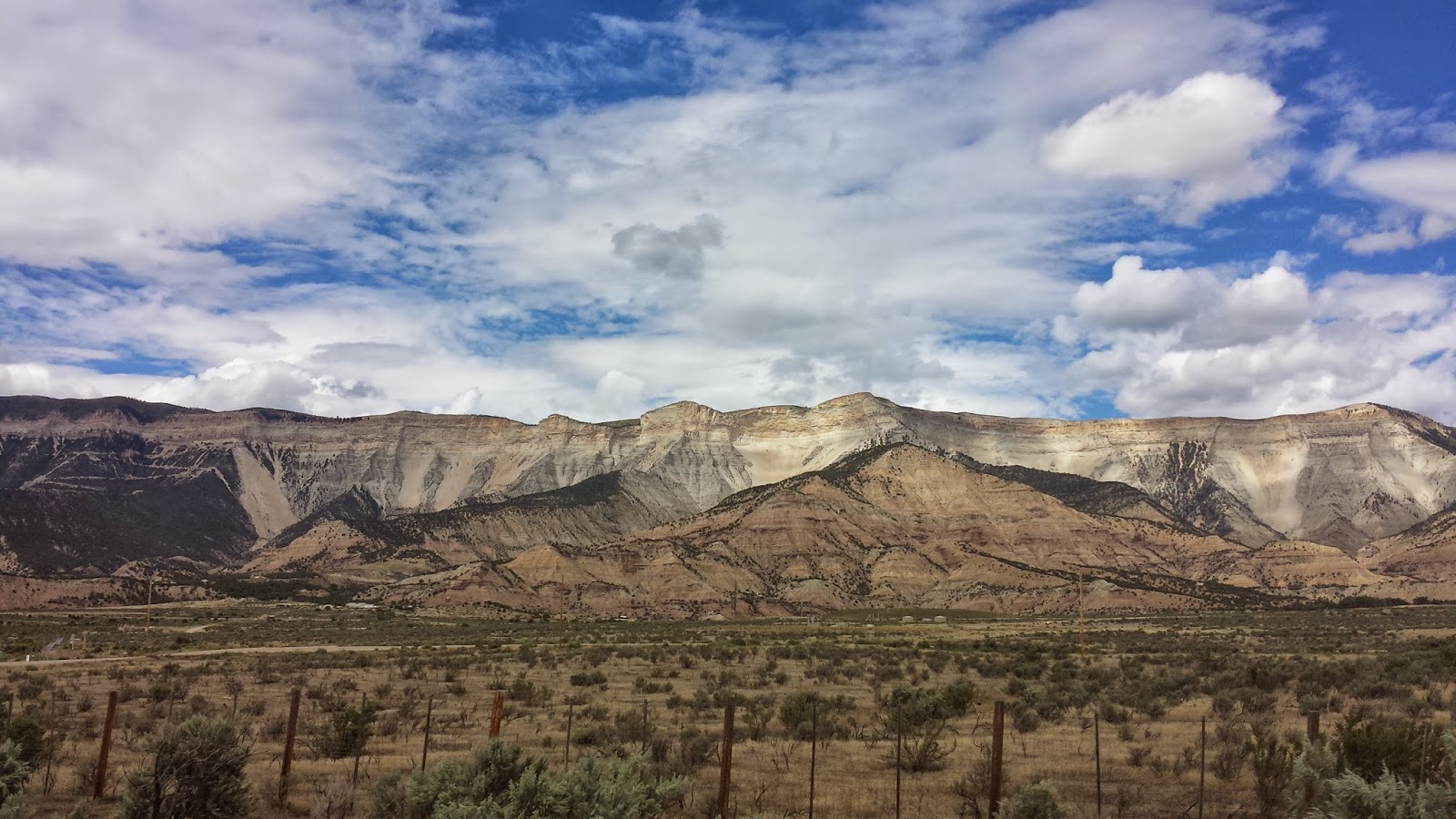 The scenery was vast, open, flat land with rocky red mountains along the perimeter of the horizon. When we arrived in Utah something we had thought of us reared it’s ugly head, rain. It never really occurred to us that the driest areas of the country might have some rain along they way, but as we checked out the horizon we quickly realized our foolishness. When we came into an area with good cell phone signal (and while Landon took his picture with Lightning McQueen) I pulled up the weather forecast for our upcoming stops. 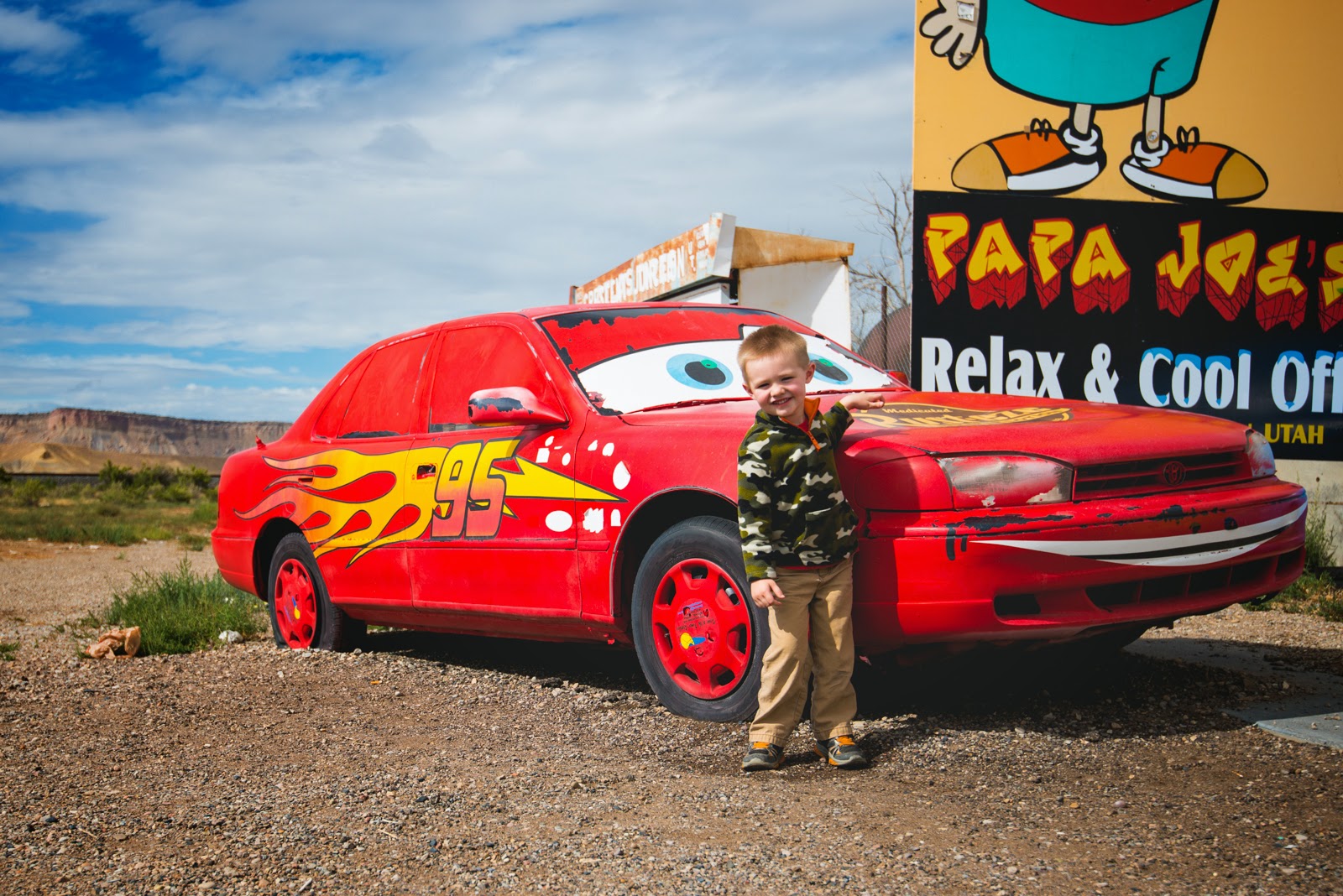 Moab, rain. Zion, rain, thunderstorms, and flash flooding. Page, rain and flash flooding. Our plan was to visit Arches National Park for a middle of the day for a break and then continue onto Zion to camp for the night, but after reading about the storms forecasted in Zion we decided to go ahead to Arches then onto Page, Arizona (the first planned stop of the following day) and sleep in a hotel. It was disappointing to have to cut Zion, but thunderstorms and the fear of flash floods would have ruined it for us anyway.

What wasn't ruined was Arches National Park. As you drive into the park you pass the visitors center and then begin snaking your way up and through the park. 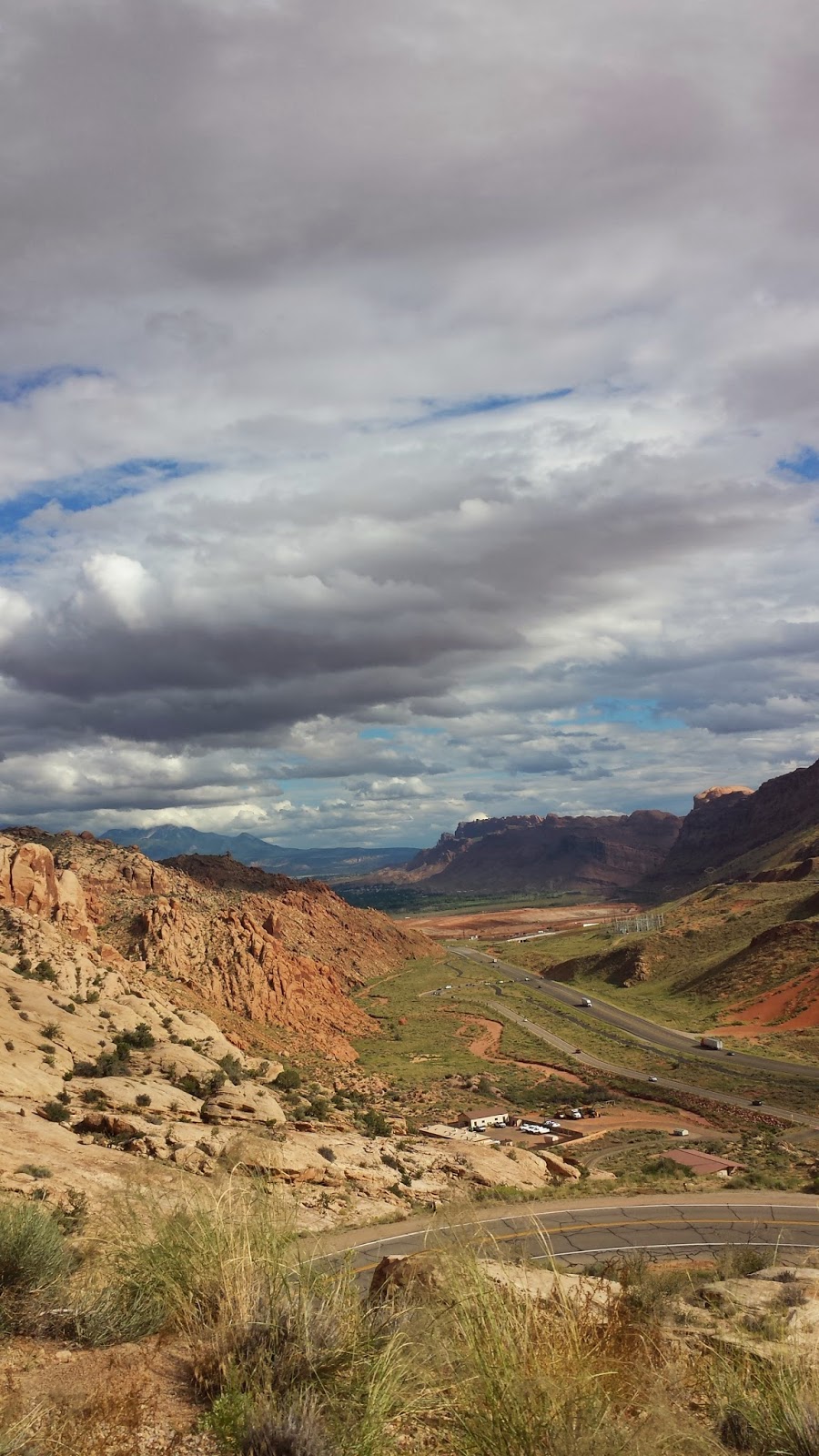 With many pull offs from the main road and only a few roads that split it off, much can be seen without ever having to leave the car. But, we were actually anxious to get out of the car and stretch our legs. With almost 5 hours left to drive for the day and a 3 year old in tow, we picked one hike to do an easy 2 mile loop of the widows and turret arch. As we pulled into the parking lot though and saw the two arches in the distance, Adam and I agreed that the arches, though neat, are not the most spectacular structures in the park. What is spectacular is the relatively thin rock structures and boulders perched atop seemingly needle like bases. 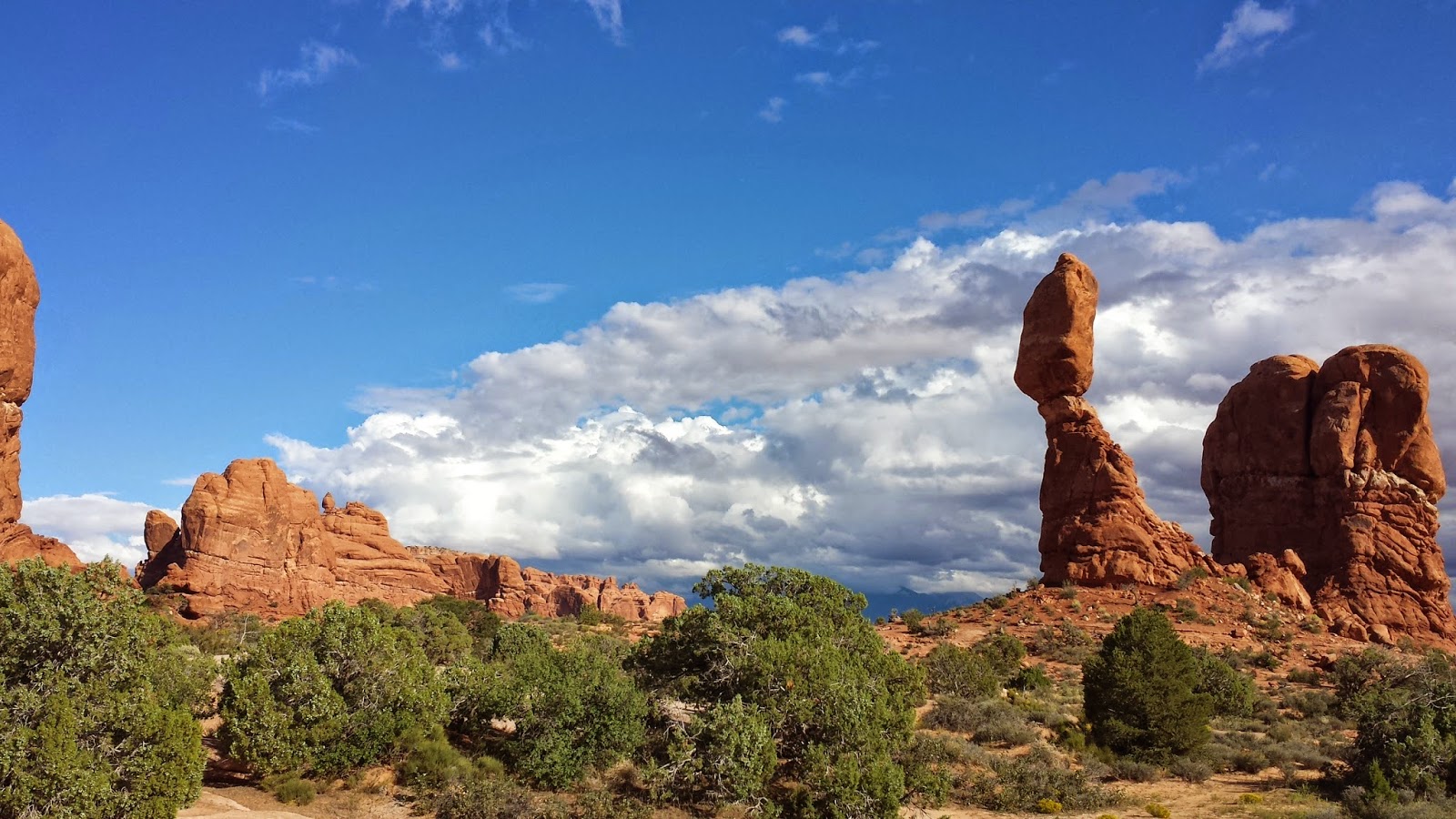 The color of the of these rocks is the same red that we first fell in love with in Colorado, but it was the sheer size and grouped croppings that make for the spectacular sights in Arches. 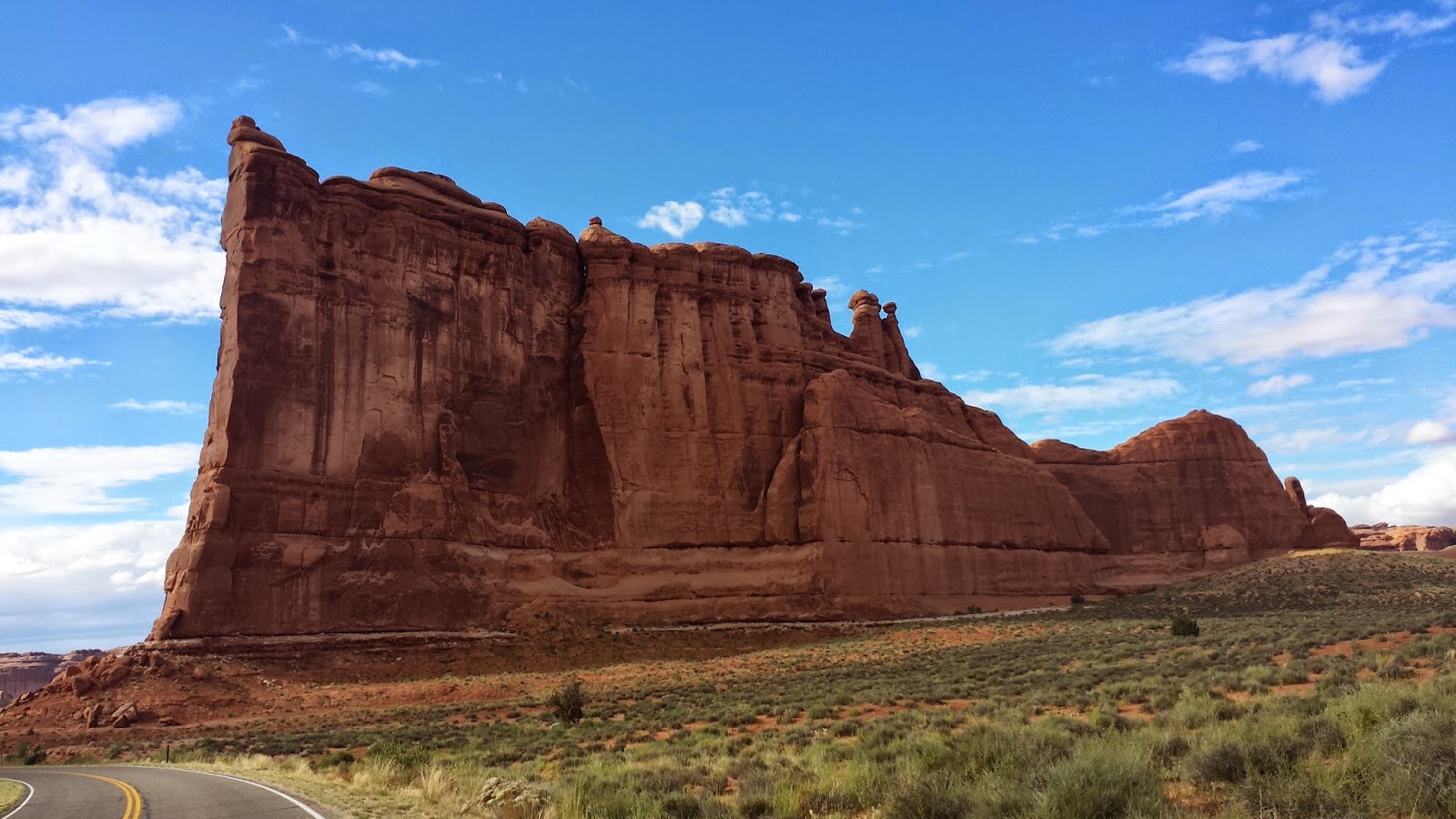 We took our time hiking around and for the first time in three days, Adam finally took out his camera and took some pictures. 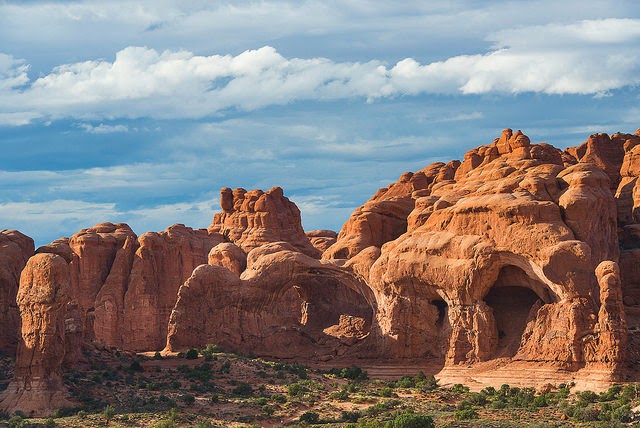 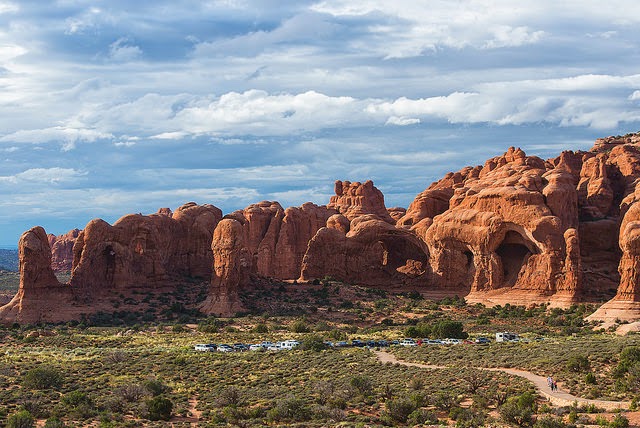 We even snapped a family portrait! 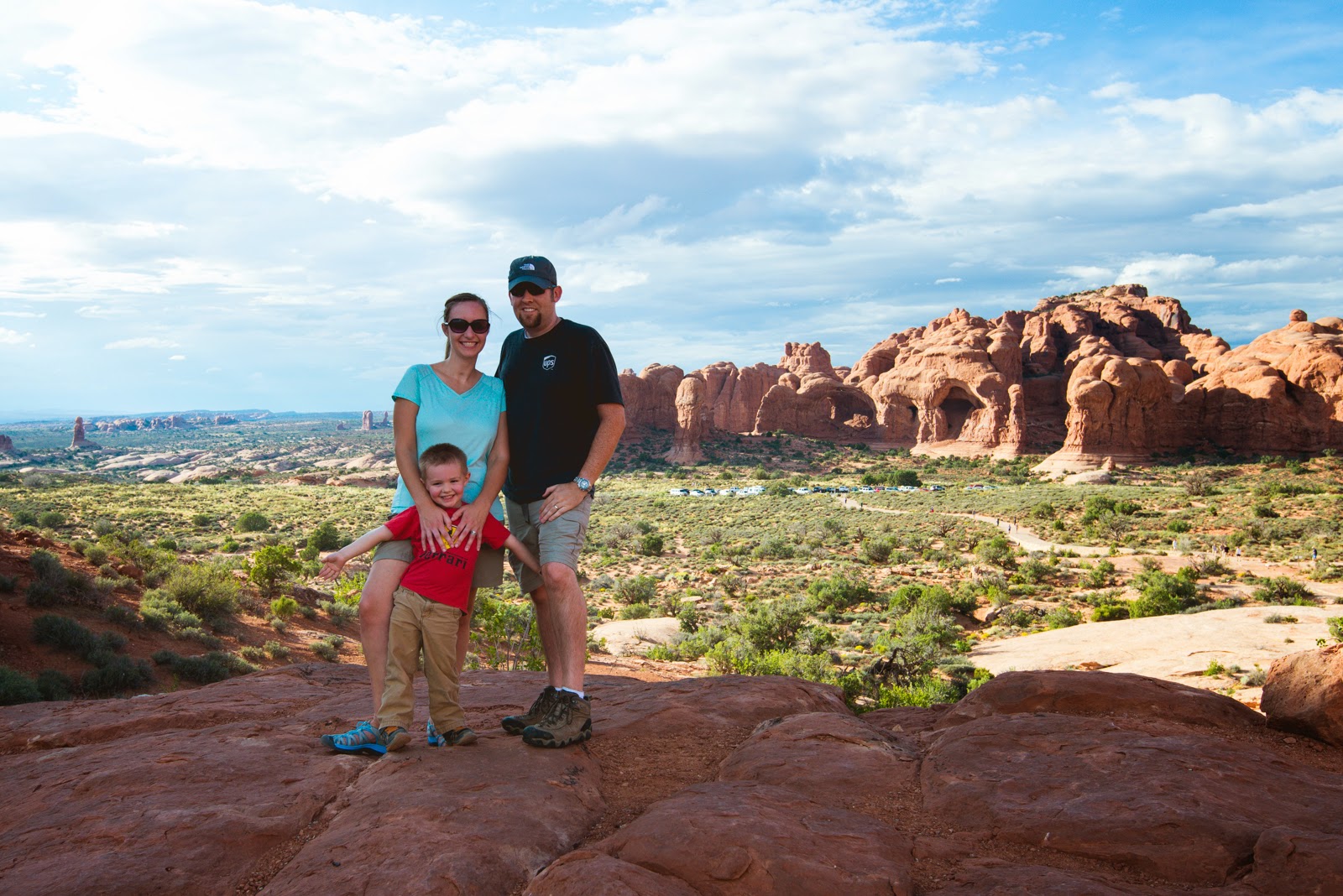 Landon LOVED the park, especially climbing on the rocks. He wanted to climb to the very top which I’m sure he could have done no problem, but since we don’t want to hurt the rocks I struck a deal that if he stopped trying to climb the rocks we would take him rock climbing in San Francisco. 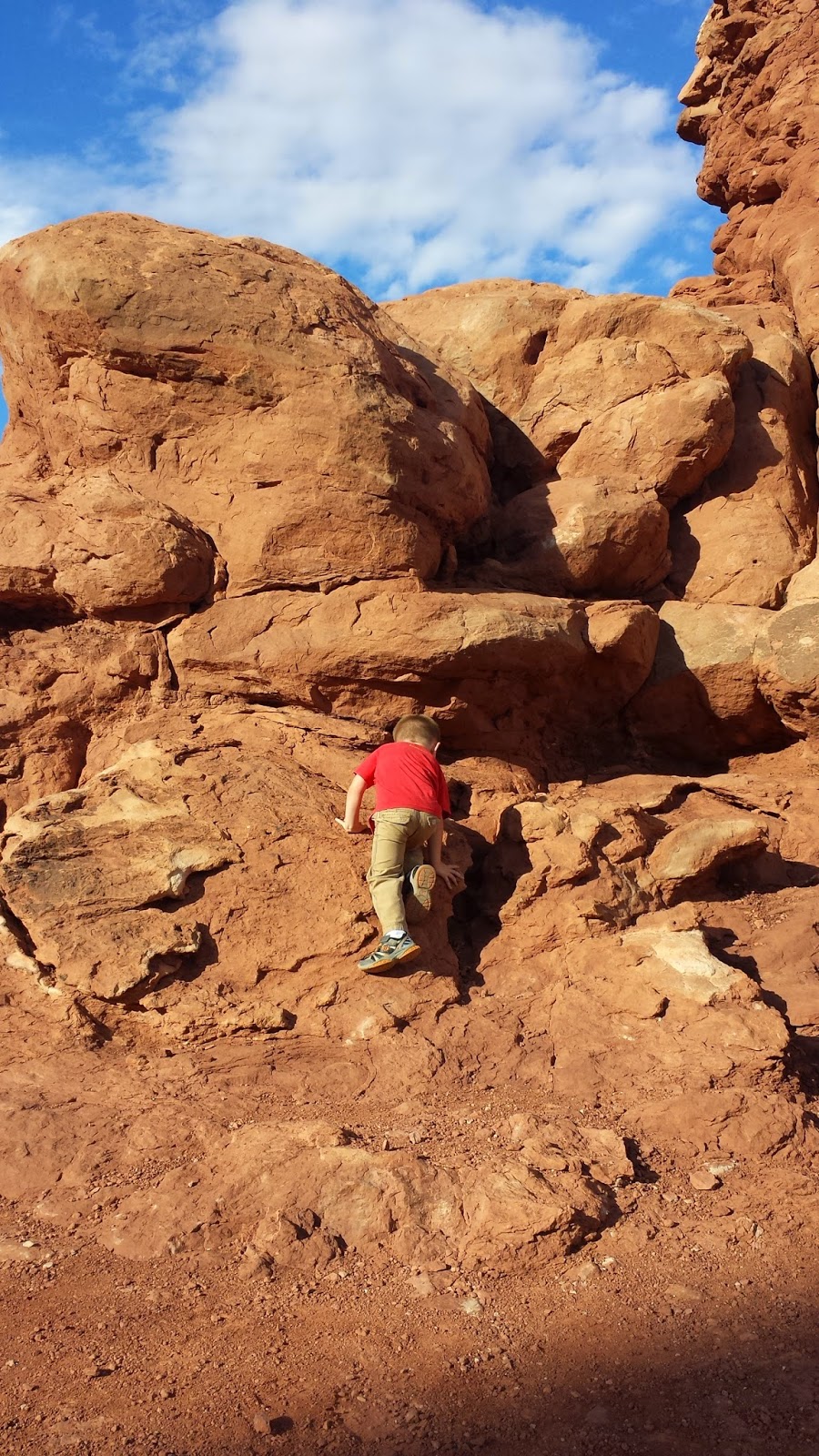 Something tells me he is going to be mighty disappointed with rock climbing facilities in San Francisco.

As we came around the backside of the window arches the sun was starting to set and you could see miles away to the La Sal Mountains. With more of the rock formations in the foreground and the mountains in the background, it was the most stunning view we had seen on the trip thus far. 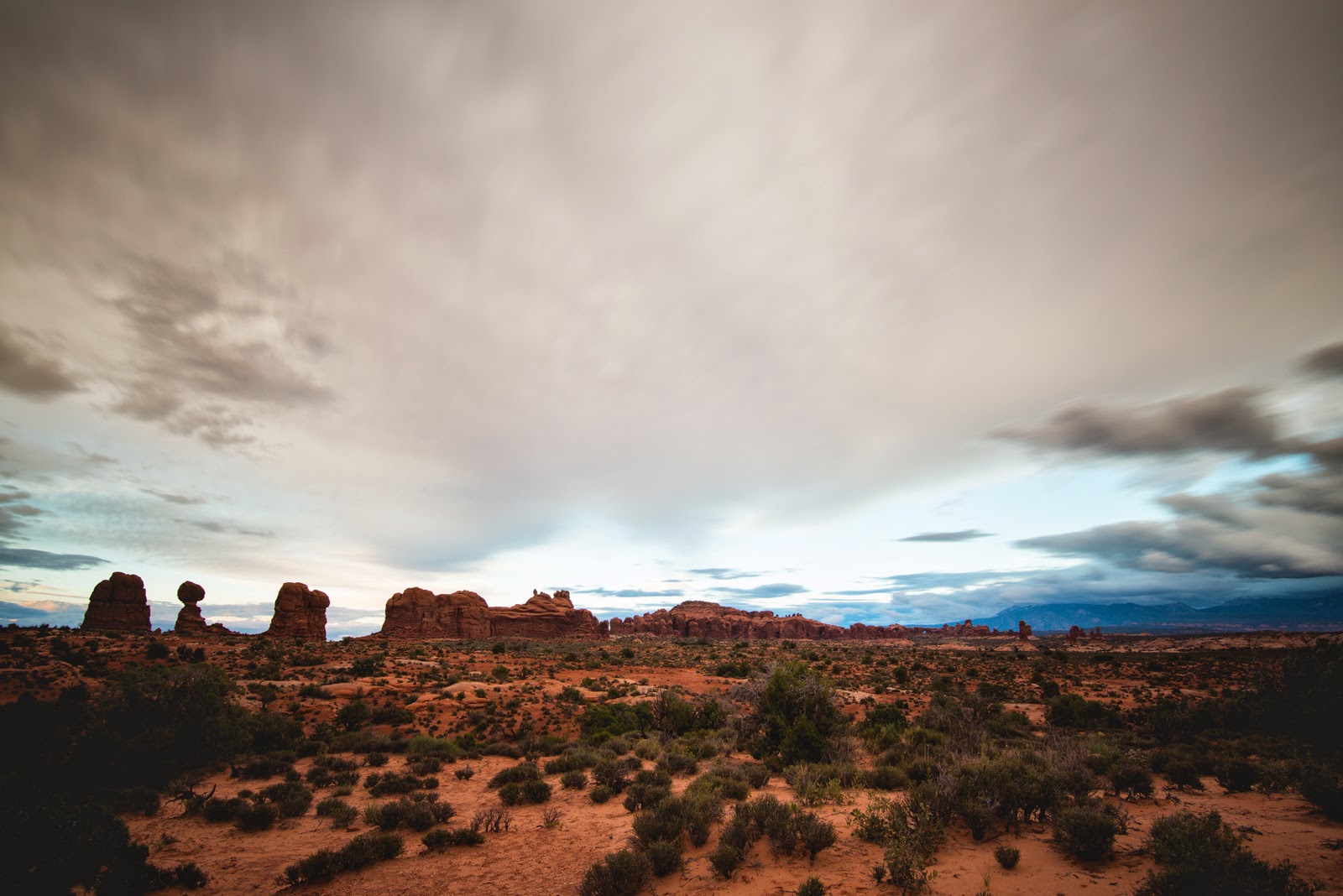 We continued making our way around the backside and as Adam stopped to try and capture the beauty Landon squatted down on a mini cactus. Quickly realizing his mistake and rubbing his butt, he is quick to now point out that cactus plants hurt. As much as I would have liked to spend the night and tour more of the park, our short, stunning hike around the window's was just we needed to give us motivation to continue on. We made our way out of the park just as started to get dark. Landon was asleep before we even reached the highway which worked well for us because we had a four hour drive to Page, Arizona. The drive was pretty uneventful although long. It’s too bad we were not able to see more of Utah. I know we would have loved to have seen Zion and there are a number of other places we knew we wouldn’t have time to see, but all that means is that a trip to Utah will have to be on a future trip list. Especially now that we will be living in California we know that a trip there won’t be very difficult.

We entered in Arizona pretty late and drove almost directly to our hotel only stopping once when we came across this massive rock out in a clearing near the highway. We pulled over just briefly enough for Adam to take a picture. 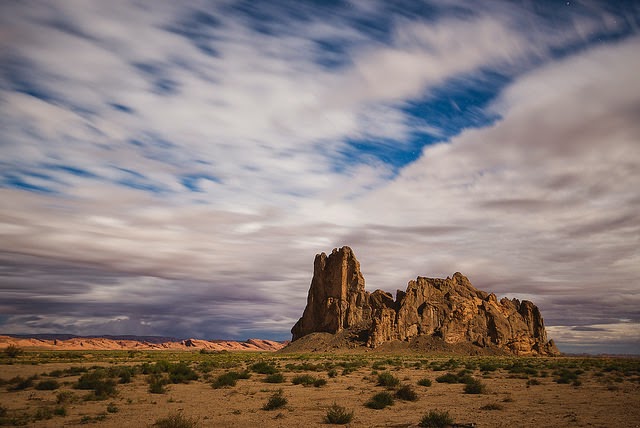 We arrived at our hotel a little after midnight which was really 1am, but the Navajo Indians do not follow daylight savings so technically they are on pacific time. The entire time zone configuration on this road trip would be very confusing if it were not for our cell phones and automatic updates. As we settled in for the night it was raining outside with a flash flood in the forecast for the area for the next two days. We could only hope that it wouldn't be raining in the morning...