My ABC's of Travel

My favorite travel blogger (Casey at "We Took the Road Less Traveled") shared this fun personal ABC's of travel on her blog last week and I couldn't help, but do one myself. See her's HERE. While mine doesn't include nearly as many places, it was a fun little look back for me.

A) Age you went on your first international trip:
Besides Canada, my first international trip was just after I turned 16. My Dad took me, my step-brother, and step-mom to Italy and Croatia for two weeks. Growing up, I had heard a million stories about Italy and Croatia, but all of those years of anticipation didn't begin to prepare me. It was one of those pivotal events that changed my life. Visiting my Grandmother's house and great-grandmother's grave in Croatia completely changed how I perceived the world. 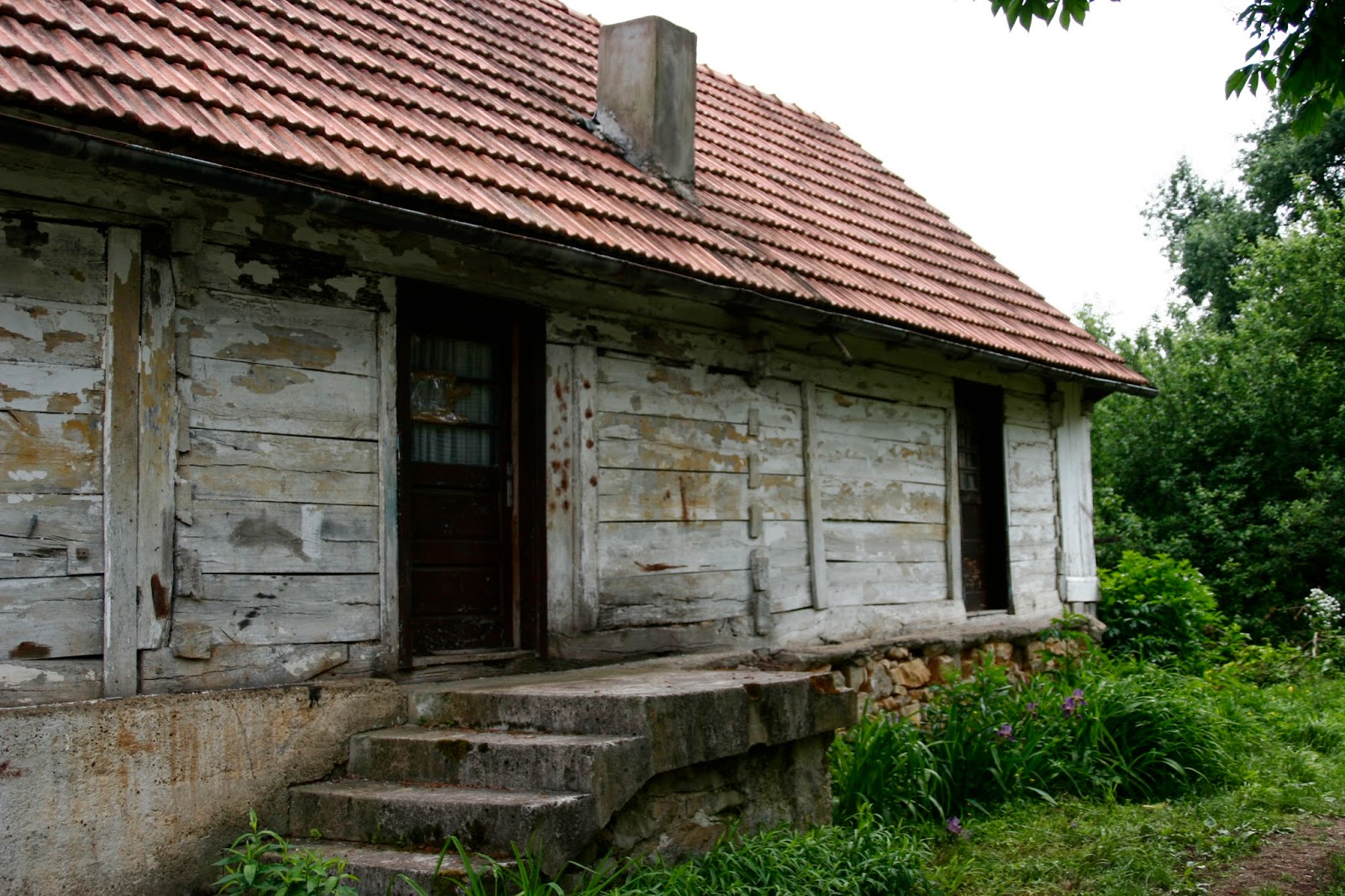 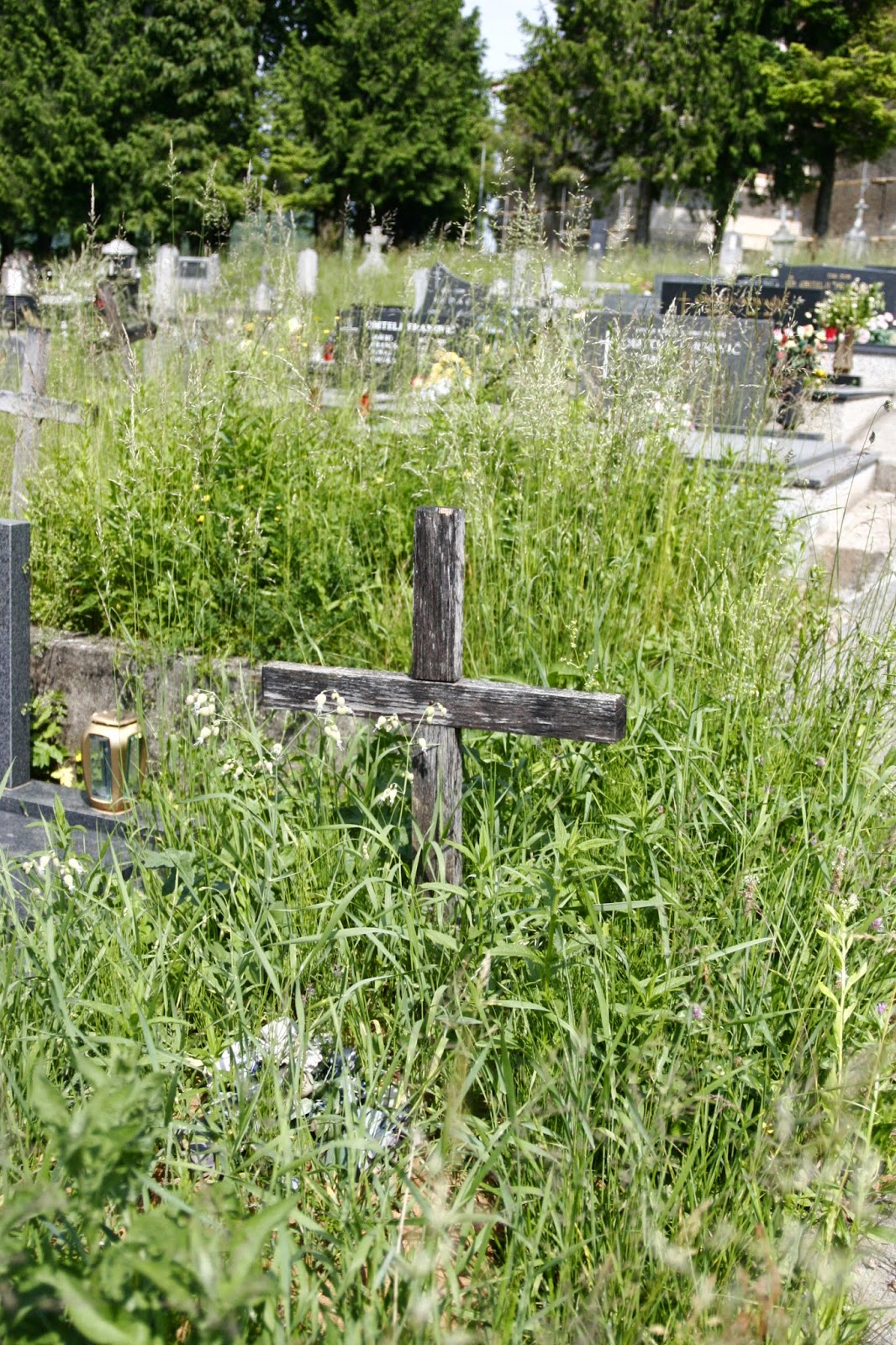 B) Best foreign beer you've had and where:
Sorry to disappoint, but I'm not a beer drinker.

C) Cuisine (favorite): Probably fresh ramen in Japan. We stumbled into a little noodle shop where Adam ordered something he could pronounce and actually knew what it meant. We had no idea just how good it would be. Also, Japan's shaved ice (called kakigori ) which is made with condensed milk. Even Hawaiian Shaved Ice has nothing on it. The shops had ticket machines outside that you selected from and then received a ticket which you would then hand to the attendant for your selection. I would go back to Japan for these two things alone. 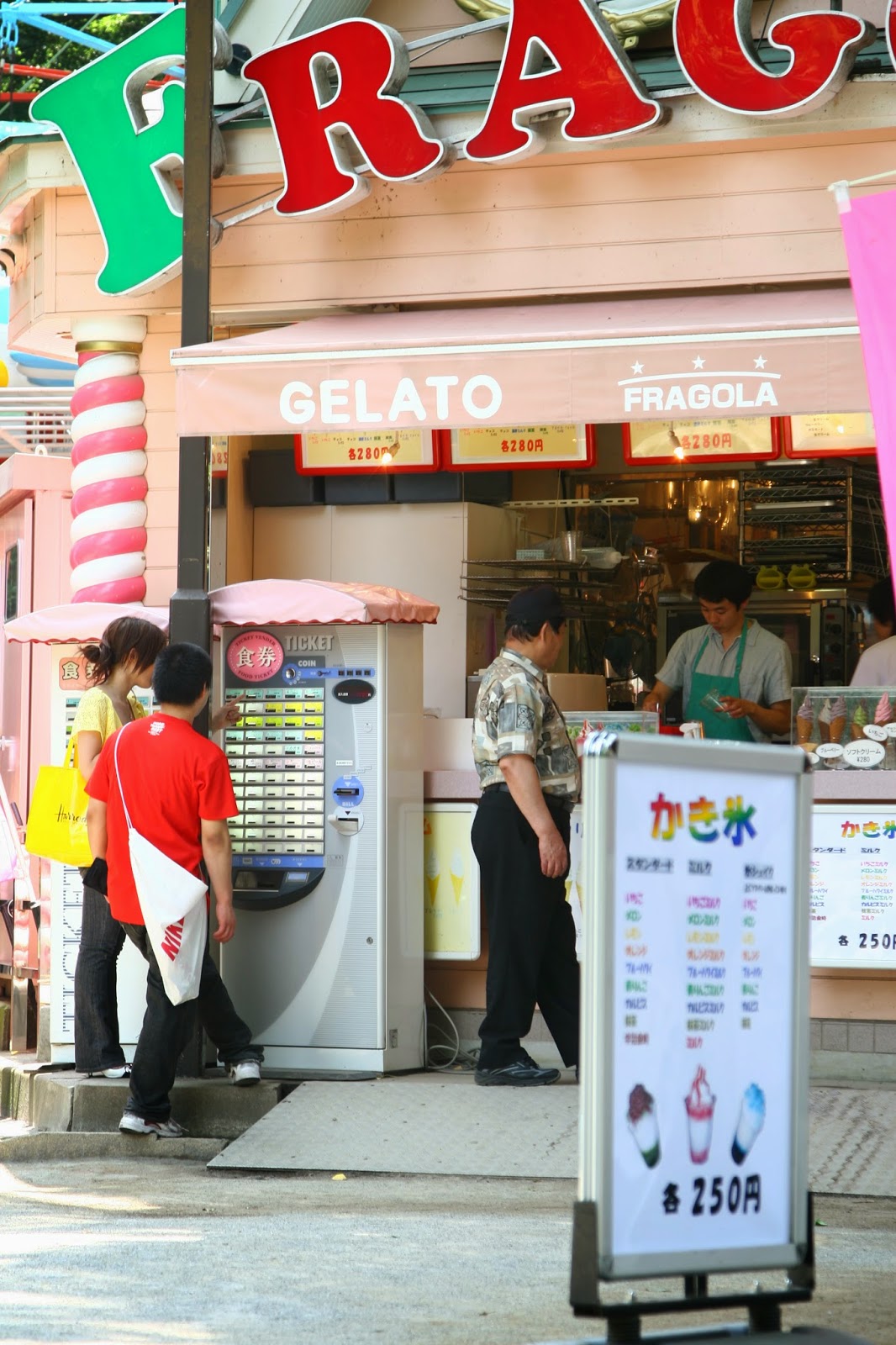 D) Destinations--favorite, least favorite, and why:
This is an impossible question. Favorites include Croatia for my heritage (not to mention it's AWESOME). Switzerland for the shear beauty of the the mountains. Italy for all the diversity inside one country. There is no way to narrow it down to just one. Least favorite, is almost just as hard. I guess Belize (our honeymoon) even though I loved A LOT about the trip, I did get attacked my mosquitoes our very first night which kind of kept me on edge the rest of the trip. Also, we picked it for the scuba diving, but were disappointed and thought the reefs in Cozumel were so much better.

E) Event you've experienced abroad that made you say "wow":
So many to choose from. Our hot Air Balloon ride in Aosta, Italy. We were traveling up through the clouds, literally amazed that we could feel them, and the next thing I knew, I looked up and the Alps were suddenly in full view, in all directions, as far the eye could see covered with snow and glistening in the morning light. We were speechless, including the balloon captain. Another was our first time scuba diving in Cozumel at Palancar Reef. I was viewing all these amazing corals, sea turtles and other animals and realized that I was 90 feet underwater. I looked up and it looked like the top of the water was just a few feet away. It was then that I really realized that there is another world under the water.

F) Favorite mode of transportation:
Boat! I've never been on a cruise, so I don't know how much it really counts, but I love being on the water and being on a catamaran, speed boat, or even kayak. Car is second mainly because Adam LOVES driving. He gets giddy like a school boy on the curvy roads in Europe and that makes me happy.

G) Greatest feeling while traveling:
That moment that leaves you stunned and speechless. When you don't want to talk or take pictures or even move as to not interrupt that perfect moment in time. For just a brief second, you become completely consumed with the place or experience and the rest of the world just fades away. Sometimes it's a structure, or a beautiful sight of nature, or even just an amazing moment with the person you are with.

H) Hottest place you've ever traveled to:
Japan in August. It was so hot and humid that at times it was just miserable. Second would be the jungles of Belize in July.

I) Incredible service you've experienced and where:
I'm really drawing a blank on this one. Can I count our current corporate housing that ends next week? One month of a free apartment in downtown San Francisco right on the water with an amazing view and house cleaning. Can't really beat that!

J) Journey that took the longest:
Our plane ride home from Japan. We took a six hour flight to Honolulu, had a twelve hour layover before taking another six hour flight to Minneapolis, and then had another 4 hour layover before going on to Louisville. We were traveling for well over 2 days with time changes and such, but we planned it that way so we could skydive in Hawaii. It was totally worth it! 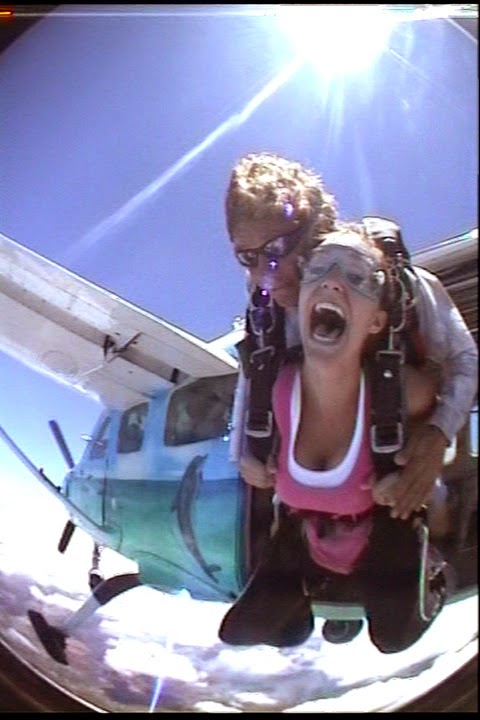 K) Keepsake from your travels:
Adam's pictures is the most obvious, but I also like to get some local artwork when I visit a place. I started trying to find Christmas ornaments as well as I would like to eventually have a travel tree. My most coveted piece is a blown glass statue I bought in Murano in 2001 (before it became just a bunch of glass from China). I saved all my money from my job at Long John Silvers to go on that trip and blow it on the statue, but I don't regret it one bit. Needless to say, it now sits in a box wrapped up waiting for Landon to grow up a little before we have it back on display.

L) Let-down sight, where and why:
Palace of Versailles in France. We wasted over half a day of our preciously short time in Paris just for all of the fountains to be turned off and 90% of the Hall of Mirrors to be covered.  I had such high expectations. 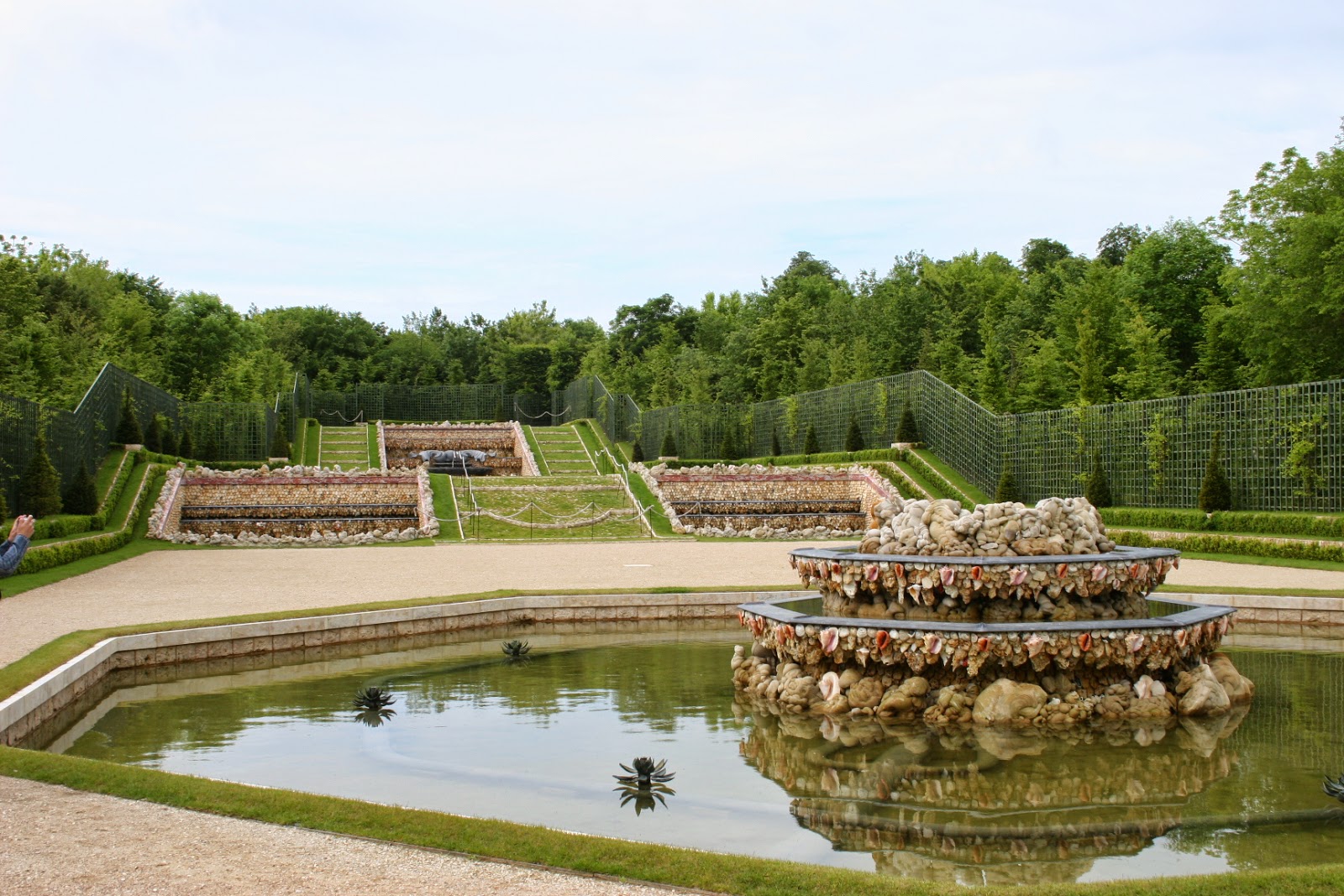 M) Moment where you fell in love with traveling:
The first moment I laid eyes on Rome. I stepped off the train and walked outside of the station into the middle of the city. I was completely in awe. After seeing Rome, I had an unquenchable thirst for traveling and seeing the world.

Probably our hotel in Verona, Italy. It wasn't anything crazy nice, but we had originally booked a horrible room on a different floor in an effort to save a few dollars. When we decided to upgrade, our new room felt like a palace. It was pretty awesome with multiple shower heads and a light show in the bathroom. And speaking of bathrooms, Adam might say our hotel in Tokyo, because the toilet had all kinds of extras. You'd have to ask him about that one though, I did not partake. 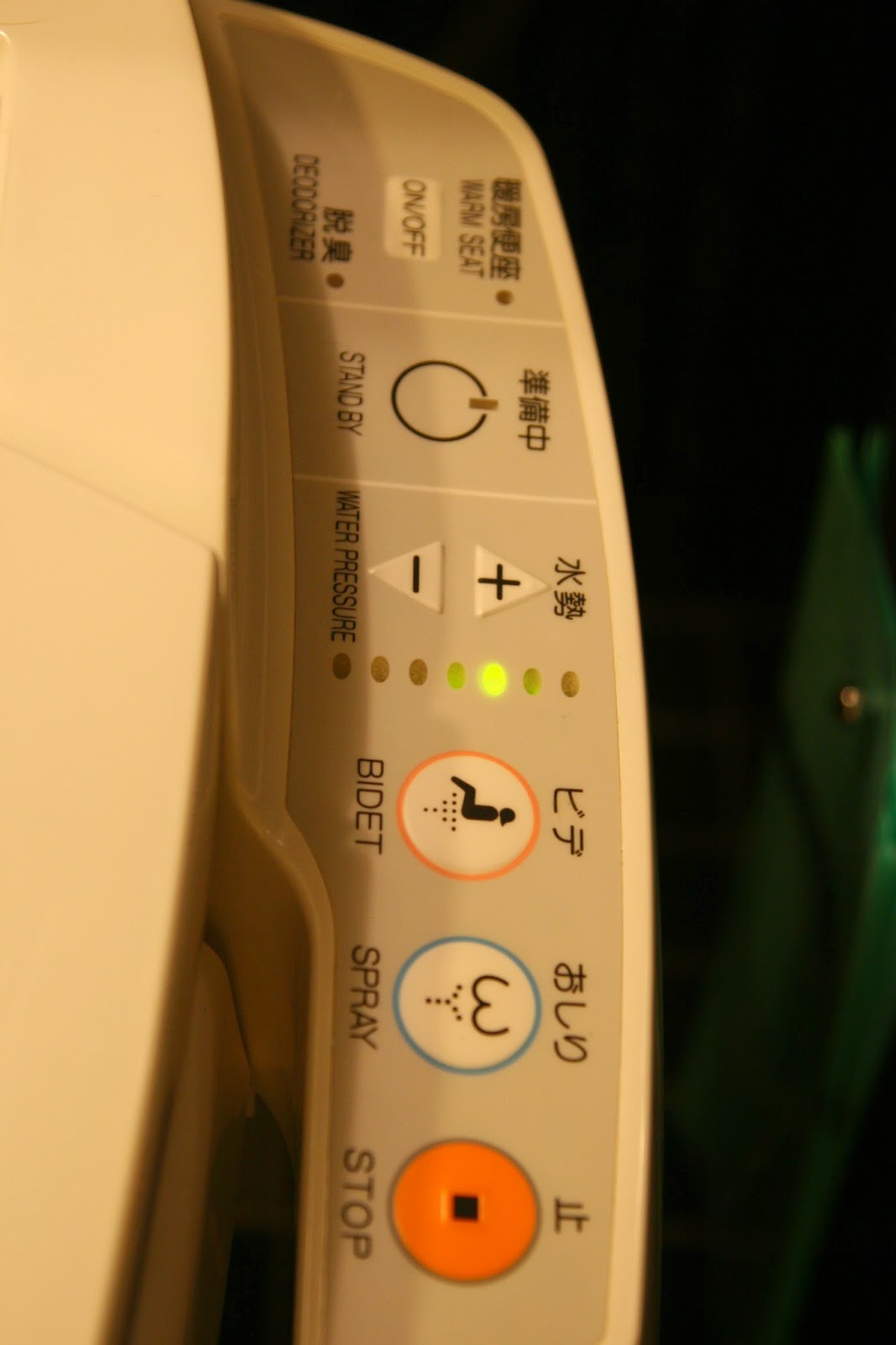 O) Obsession--what are you obsessed with taking pictures of while traveling:
Now a days, I leave all the picture taking to Adam. I'm currently obsessed with getting a picture that I can turn into a large triptych and hang up in our house. I'm trying to convince Adam to get a Panoramic mount for his tripod and take a trip to Banff.

P) Passport stamps-how many and from where:
I'm on my third passport now as one expired and one had my maiden name. I've only been to 11 countries although most of them at least twice. There are another 50 on my waiting list.  All in due time.

Q) Quirkiest attraction you've visited and where:
Can I just say all of Japan? Especially our week in Tokyo. That entire place is quirky. One day we went to Harajuku just to see them dressed up. Talk about interesting. 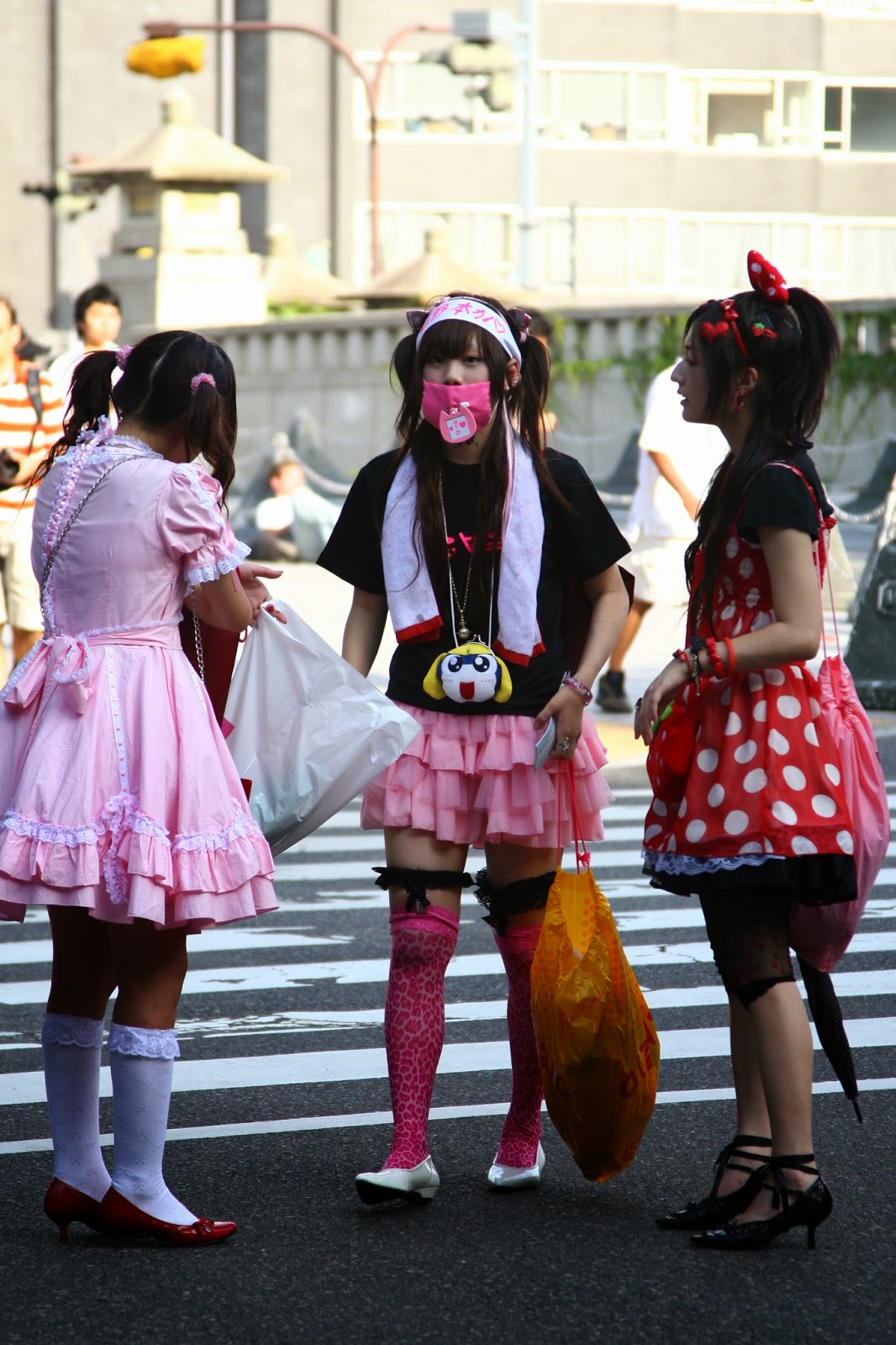 R) Really Frightening: where's one place you've visited where you felt unsafe or uneasy:
I've never felt really frightened while traveling, but I did feel a little uneasy last year in Lisbon, Portugal by myself at night. I was already a little on edge with the city as I witness a number of drug deals going on around me and the fact that I was alone made me feel uncomfortable.

S) Splurge-something you have no problem spending money on while traveling:
Every trip needs one thing that is somewhat of an adrenaline rush that you can't do just anywhere. For example, I went hang gliding in Interlaken, Switzerland, took a sunrise hot air balloon ride in Aosta, Italy, an 8 hour horseback ride through the Rockies in Colorado, and  a night dive in Cozumel, Mexico.  It usually ends up costing, but it is always worth it. 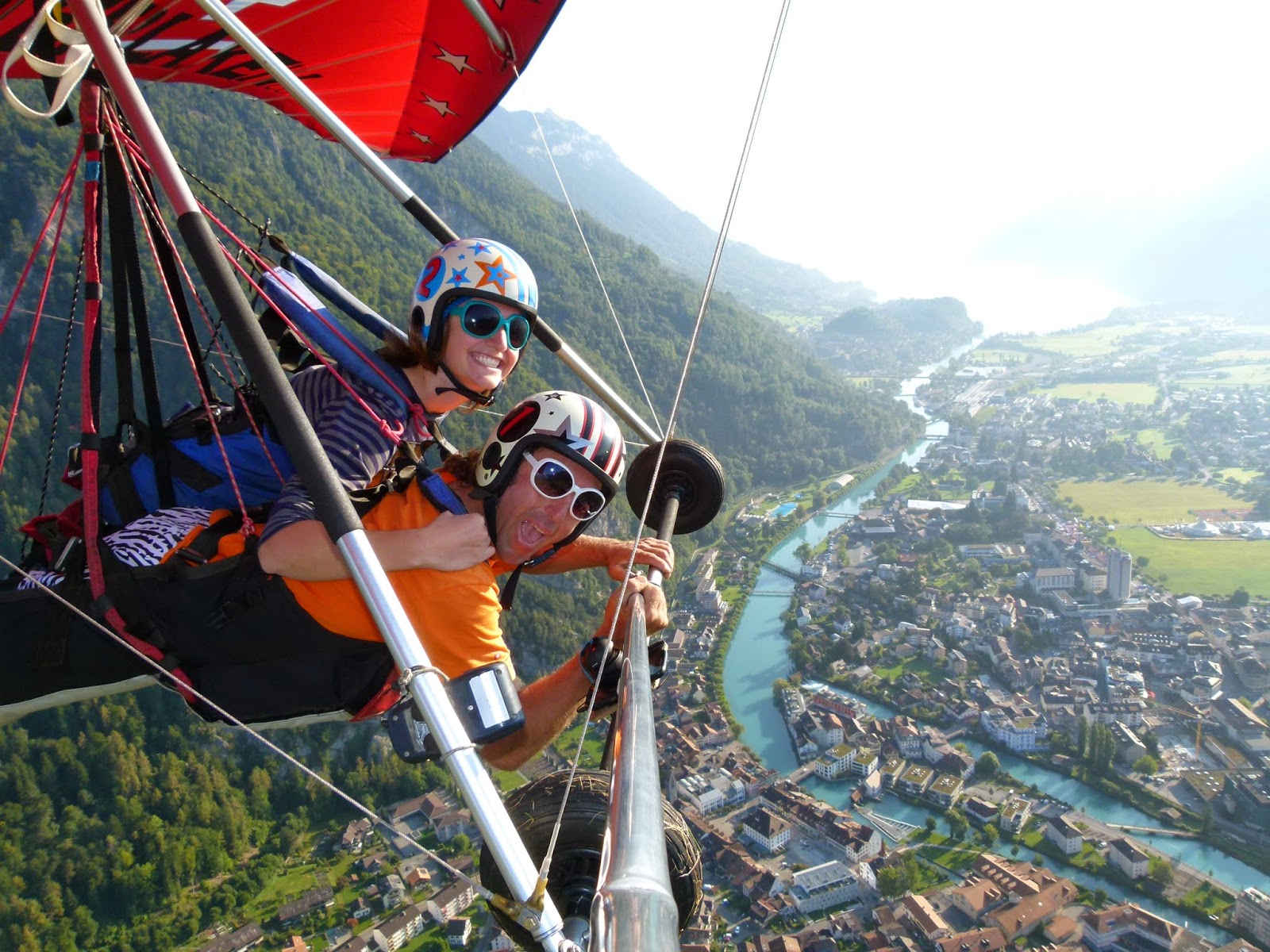 T) Touristy thing you've done:
Sticking my hand in the Mouth of Truth...and getting a picture... Also hopping on a bus with a bunch of other people to go see Stonehenge. I don't normally do bus tours, but I'd do that one again. Stonehenge is neat, even if you just go see it and leave.

U) Unforgettable travel memory:
Just one? Impossible! Of recent, the Via Ferrata in Murren, Switzerland tops the list. Let's just say it was the most scared I've ever been. But, I will never forgot the first time I saw St. Peter's and the Sistine Chapel. 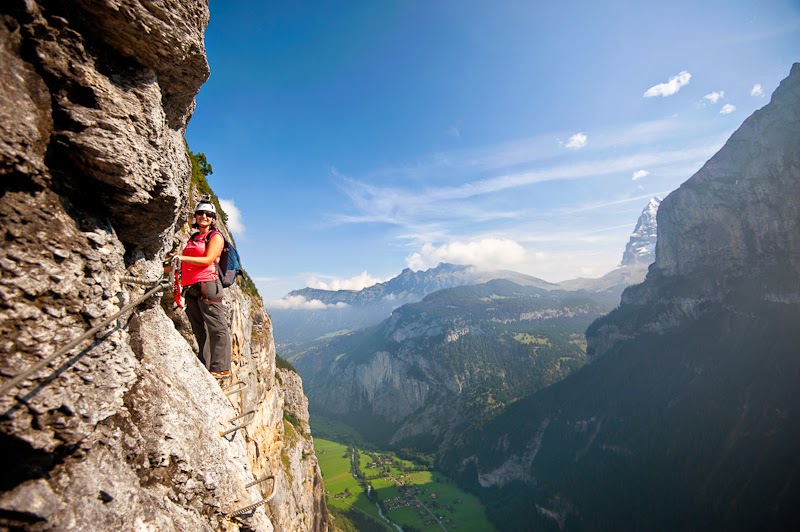 V) Visas-how many and for where:
None thus far. Countries that require visas are not on the top of our list.

W) Wine--best glass while traveling:
I remember sharing a glass of wine with my Dad in Italy in 2010. I don't remember what type or what city we were in, but I just wanted to enjoy that moment forever. .

X) eXcellent view and from where:
So many in so many places. All of Switzerland, especially Riflesee Lake in Zermatt. Walking the trails from town to town in Cinque Terre, Italy. Vidova Gora looking down on Brac, Croatia. Tokyo Tower looking at the never ending city of Tokyo.

Y) Years spent traveling:
When I was little it was road trips to visit my Grandparents in California, then family beach trips, and when I got older and discovered Europe it was over from there. Adam and I have managed to take a trip almost every year since we started dating (11 years ago) with few exceptions.

Z) Zealous sports fans and where?:
In Rome when Rome beat Italy in a football game. We had no idea what was going on, but the streets became empty, the Italian police started to surround all the monuments in riot gear and then chaos ensued. When we woke up the next morning people were still driving around honking their horn draping flags out their cars.
Posted by Unknown at 8:15 PM