Month in Review: May

I've realized as much as I want to share our all about our lives here in San Francisco, there is so much I've been missing. I want to start setting aside more time to consistently blog, but that is sometimes easier said than done so I thought I would steal a page from some other bloggers so start doing a month in review. This way, I can share a lot more of our daily lives in a more consistent manner.

May, was a wonderful month for the Lewis family. For one, it was the end of Adam's busy season which meant a whole lot more family time! Beyond spending more time together as a family, we also started a weekly play date Friday nights with some of the kids at Landon's school. One of the kids parents has been gracious enough to let the kids play together at their house, making dinner for everyone and then letting the kids play together while the parents chat. Not only has Landon enjoyed it, but we've been able to make friends as well and it's been great! 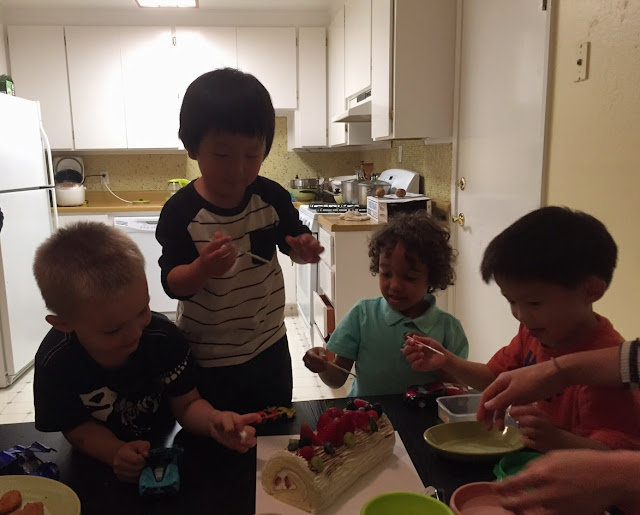 In most of the country, May shows off the first signs of Spring, but in San Francisco that just isn't the case. We've lived here going on 10 months now and May was by far the coldest and foggiest month we've experienced yet. The best part of "winter" is that once you leave the immediate area the seasons get their act together and an hour drive or so can land us on a warm sunny beach. We took advantage of nicer weather elsewhere and headed down the Pacific Coast Hwy or Hwy 1 to explore some areas we hadn't explored and take our first camping trip of the year. I share all about HERE, but I don't mind a little reminiscing as it was such a great weekend! 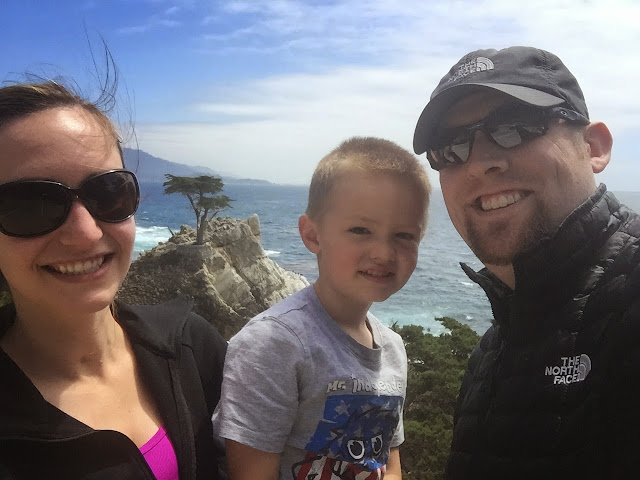 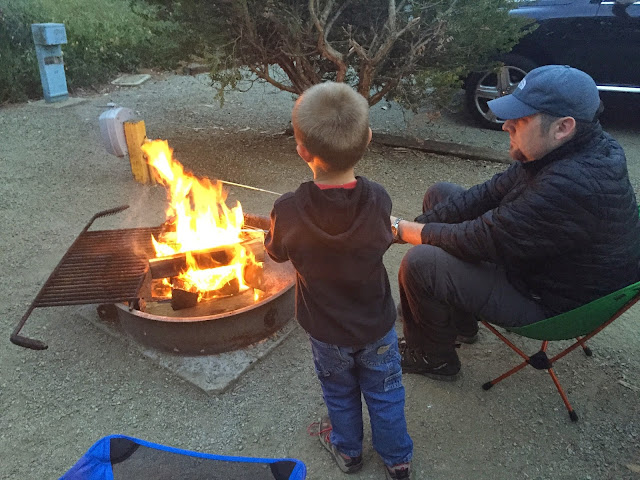 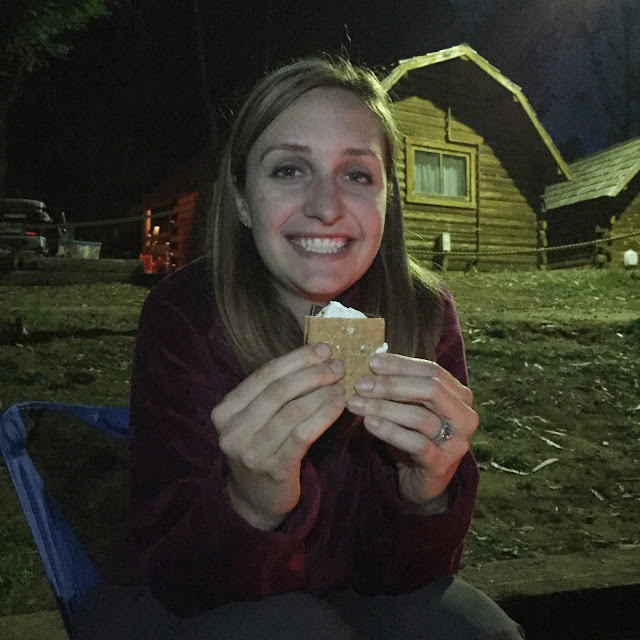 One of the best things that happened this month, and just about every month (or so it seems) was our visitors! My brother and sister-in-law who also happen to be our best friends came for a visit. This was my brother's first time in San Francisco we were excited for him to see our beloved city, but even more we were just looking forward to spending time with them. Despite having to work during their week, we were able to fit in a lot of stuff at nights during the weekend. We explored the tide pools at Fitzgerald Marine Reserve then took a hike to Bear Gulch Reservoir at Pinnacles National Park. 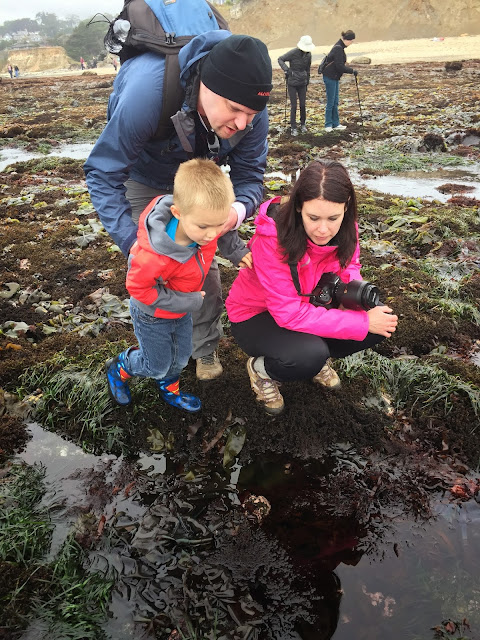 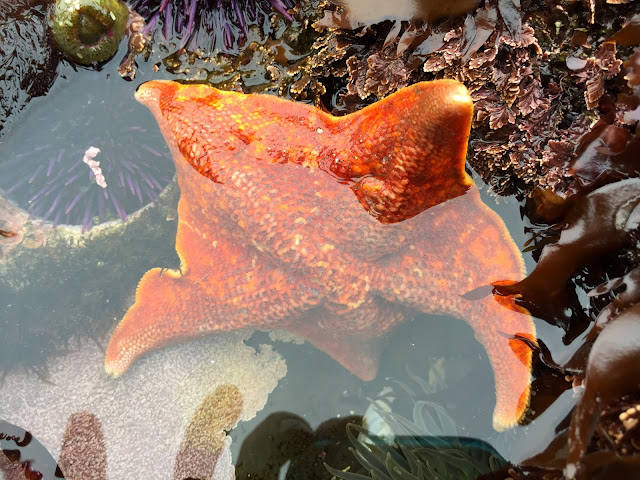 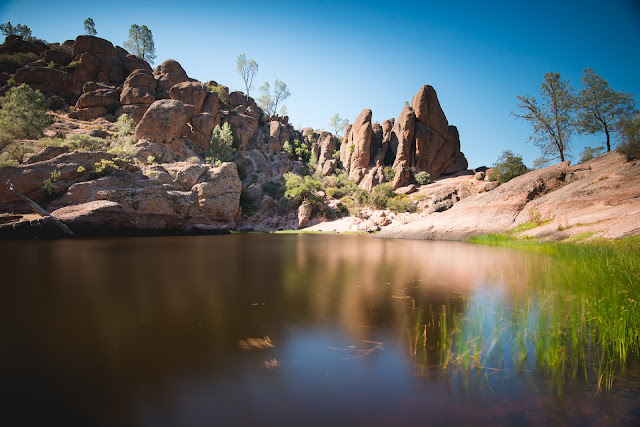 The highlight of their visit was the whale watching trip we took out of Monterey. We saw a large number of humpback whales some just feet from our boat. Afterwards, we discovered the worlds best bowl of clam chowder then made a visit to Point Lobos State Park. 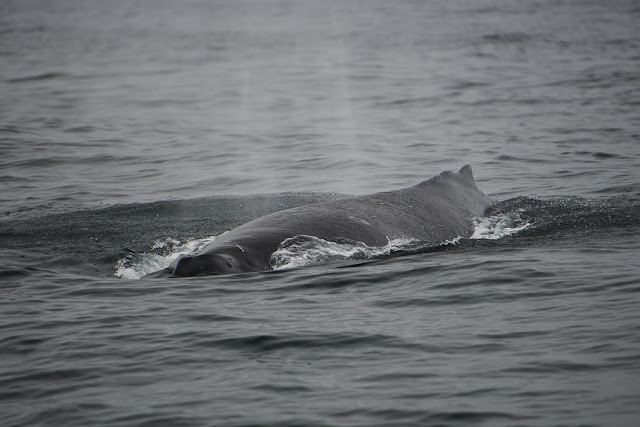 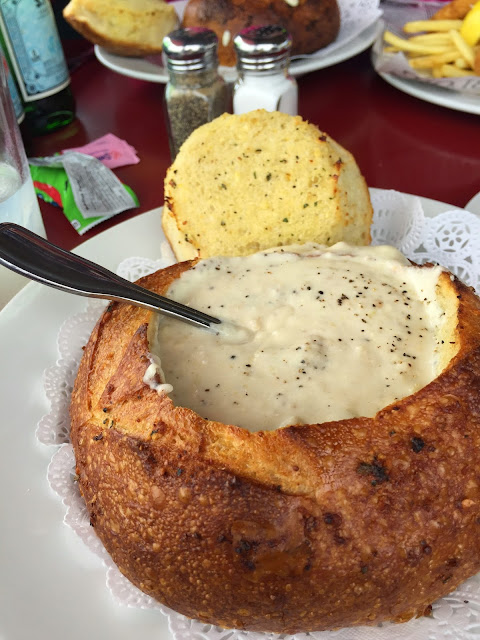 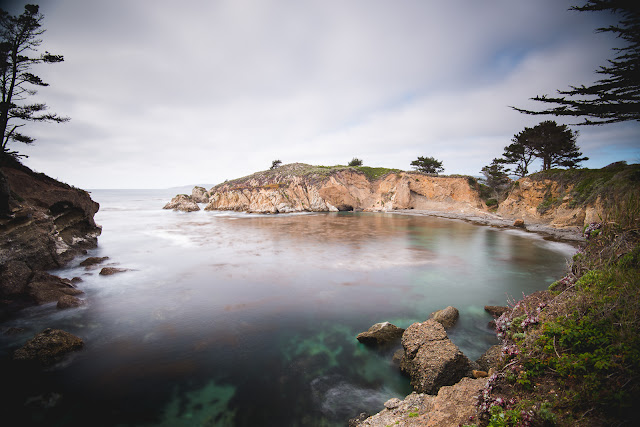 Beyond the weekend we managed to squeeze in a sunset at Marshall Beach, many great dinners and most importantly lots of time together just enjoying the company. 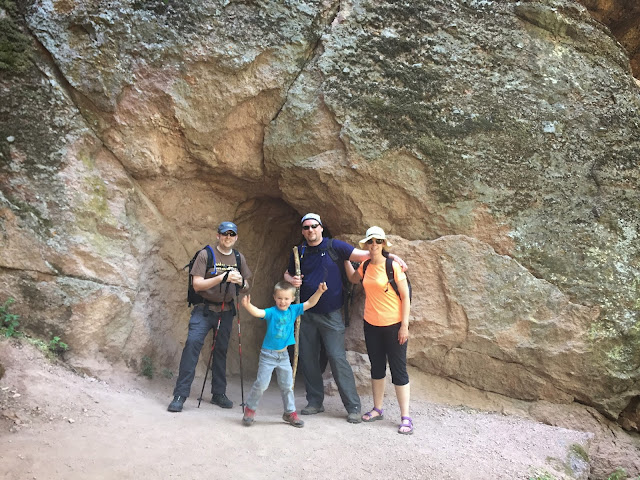 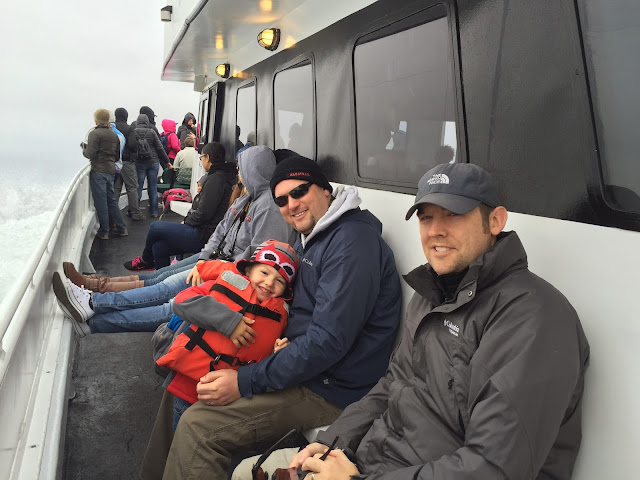 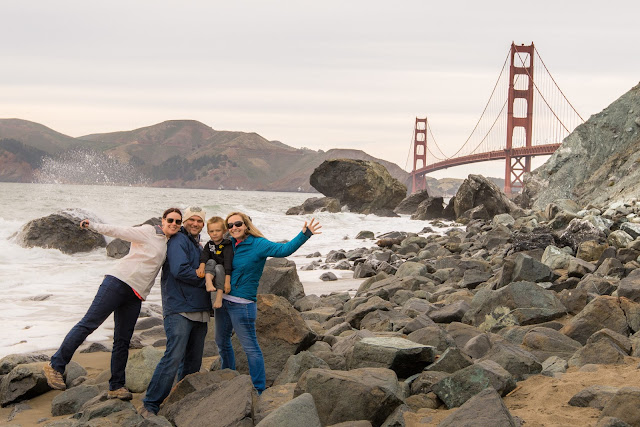 We were sad when our visitors left, but we didn't have much time to wallow because three days later we had to move...again! When we moved into our apartment we signed a 9 month lease and the first week of May we had to renew our lease due to expire in June. When we went to our renewal appointment we were told rent would be increasing $600 per month! Not wanting to be apartment poor we started looking at other properties and quickly found a little more affordable place just down the street. Since it was already unoccupied, we had to sign a lease right away and move in within 2 weeks. The cost of renting in this area desires its own post. Our rent being raised so much in a short time was a real wake up call to us. As much as we love San Francisco, but this probably won't be home forever. We are really happy with the place we found and although I wasn't ready to move, it wasn't too bad. Now we have a 1 year lease and we will see what happens at the end of it. 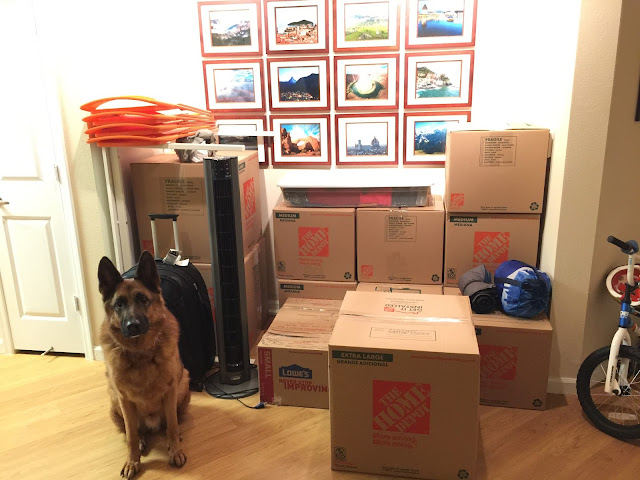 We moved into our new place over the weekend and the next weekend, we extended our memorial day weekend with a five day trip to Sequoias and King Canyon National Parks. I shared our highlights in my last post and cannot wait to share more. As I said, it was an AMAZING place and we had the best time. 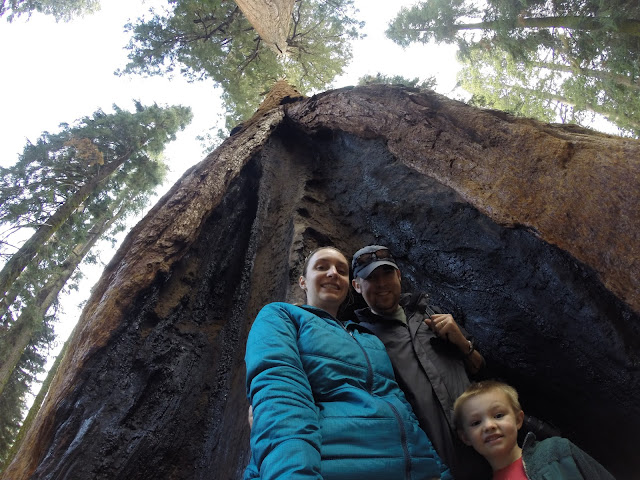 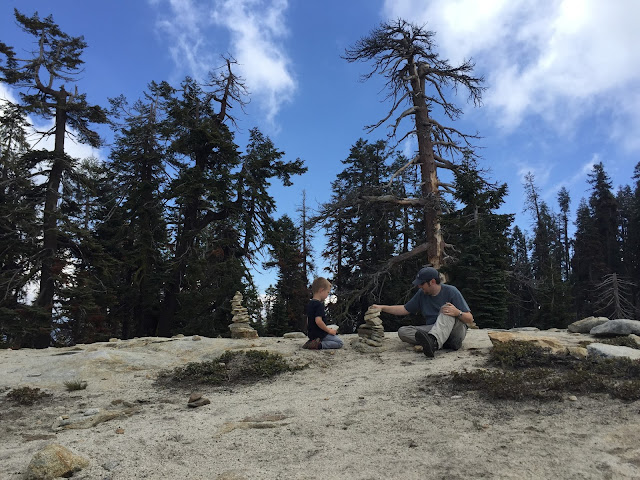 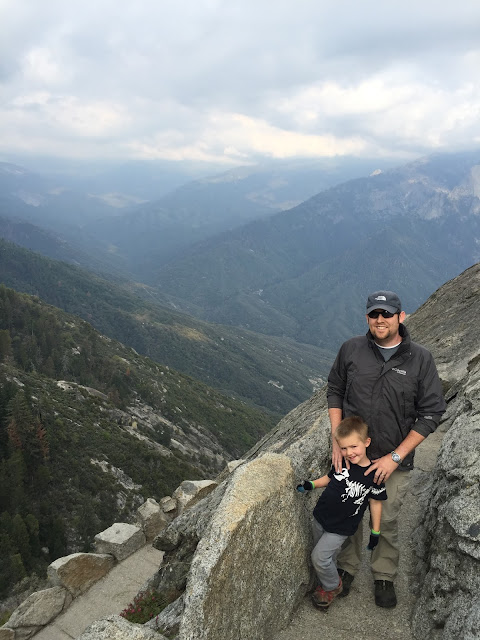 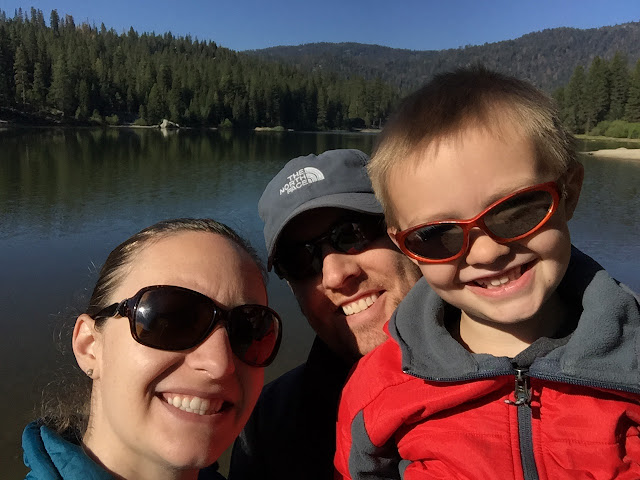 We came home energized from all the fresh air and outdoor time, but physically exhausted. Although, we had unpacked all the major stuff before leaving, we still pictures to hang and a some arranging to do. We made it through our short work week (2 days) and spend the last weekend of May relaxing, getting our house in order, and taking a much needed trip to Ikea. Over the years, we've bought a lot of furniture from Ikea, but my new favorite might be our shoes compartments we got this weekend for the entry way. For only $25 each we've managed to store most of our shoes in them and out of the closets. 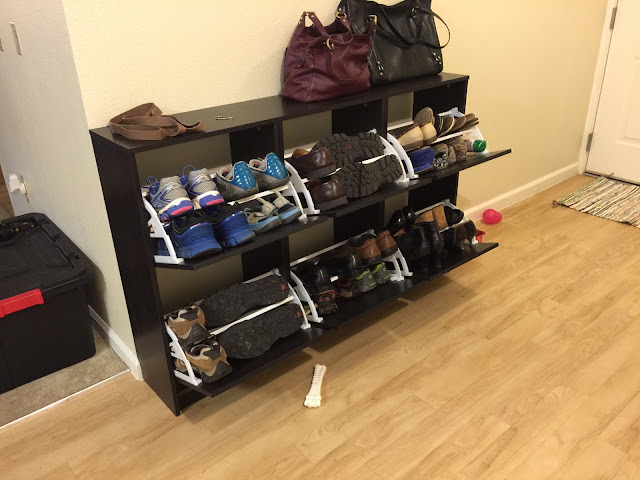 That about sums up May in a nutshell. Whew! As fun (and exhausting) as it was, I think June will be just as great. After all, my birthday is coming up, we have an anniversary weekend planned to Lake Tahoe and at the end of the month we are getting some more special visitors. Another great month in the books, looking forward to the next now!