This weekend, we took our first family camping trip. Despite having camped many times before, this was a first because we were actually able to bring our furry son along with us. Most parks are not very dog friendly so we've never had the chance to take Kaiser along with us. When I learned about Anthony Chabot recently, I was not only surprised to find out that the park allowed dogs, but that it also had a campground AND I was able to find reservations about a month out. In Northern California, that is usually next to impossible. So, we reserved a spot, bought a new tent that could fit the dog and on Saturday morning packed up the car. 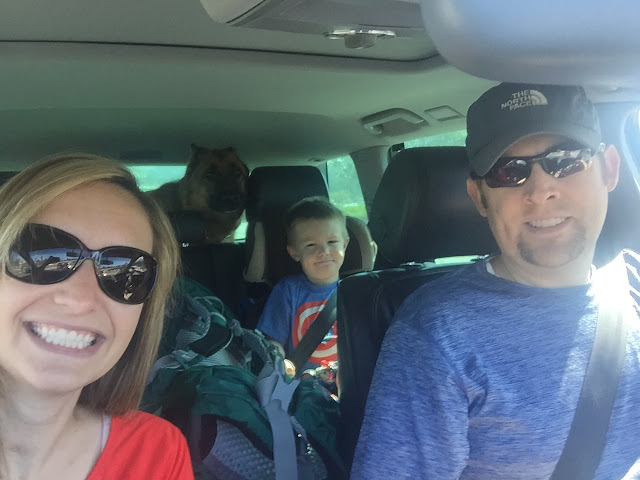 We arrived a little too early to check into our campsite so we parked the car and headed out for a hike. Anthony Chabot is located in the Castro Valley and is an area we've spent no time in. We weren't sure what to expect with this park, but once we were here we were surprised just how large it was. Tons of trails are utilized by hikers, horse back riders, and mountain bikers. Despite being just outside the city, there wasn't a lot of people on the trail which meant Kaiser got to run free and be a dog. Something that makes us all very happy. 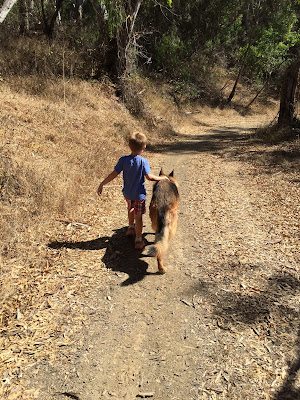 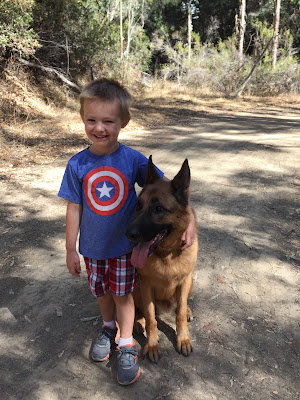 The two kids ran together and played, getting out some energy as we hiked a loop. Once back at the car we headed to our campsite to setup. The campgrounds were really nice and had a beautiful view overlooking Lake Chabot. It was a walk in campsite, but it wasn't far and the surroundings were so pretty. Plus, they had running water, a big bonus when it comes to the bathroom situation. The entire area is surrounded by tall Eucalyptus trees which put off an amazing smell and make for a pretty setting. I was really surprised what a little gem we had found so close to home. 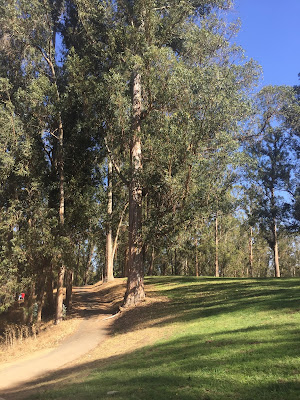 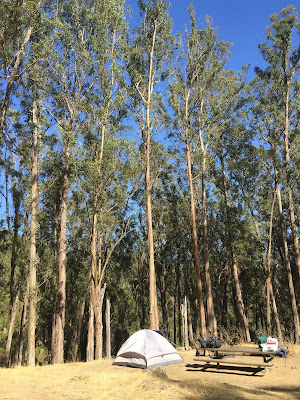 After we got setup, we took a small break and had some lunch. The backpacker's Chicken Alfredo was a hit with Landon. Along with a new family tent, Adam also got Landon his own chair. He was pretty excited as he's been wanting his very own kid-sized chair for awhile now.  He was one happy kid! 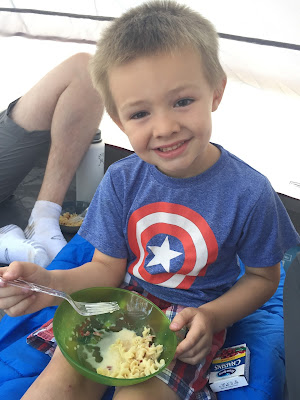 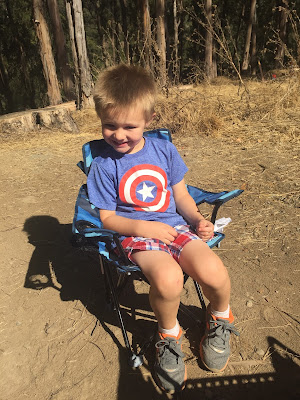 As we setup, we realized that the wind was pretty rough, but didn't think too much about it. We made sure all our stuff was secure and headed out again for some more hiking. Since the campsite was overlooking the lake, we thought we'd have a hike around the lake. We started heading down and soon came across this sign. 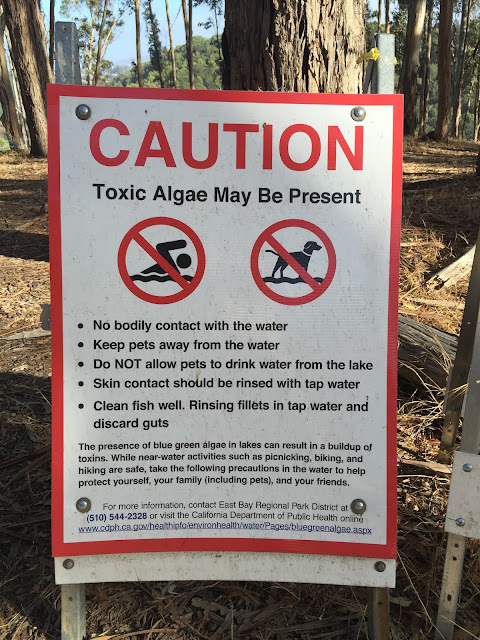 Kaiser is a water dog, so we knew if we got close to the water we wouldn't be able to keep him from getting in. We walked a little bit down the path to the lake, but made sure not to get too close. It was the wrong time of day for pictures, but it sure looked like a pretty lake even despite the toxic algae. 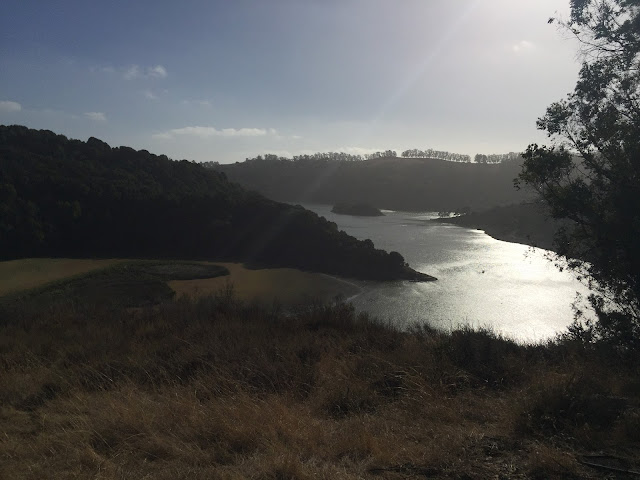 And the views in the opposite direction of were just as pretty.

We turned the fur child around before we got too close and started the short, but steep hike back up. He didn't mind, he loved every second of it! He was in his element all day. 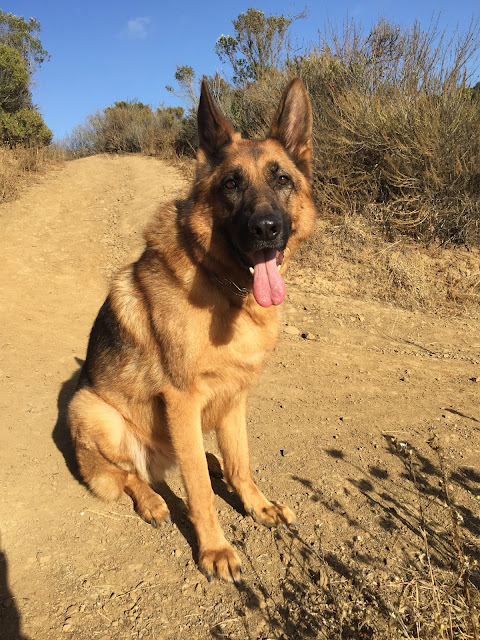 Scrapping the lake hike, we headed for another hike near our campground. It was a last second decision, but ended up being our favorite hike of the day. 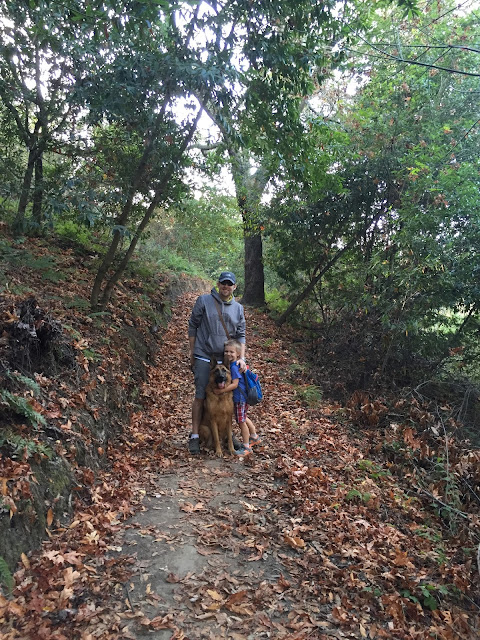 The forest of Eucalyptus trees not only smelt amazing, but in the light of the late afternoon sun, they made for a beautiful scene. 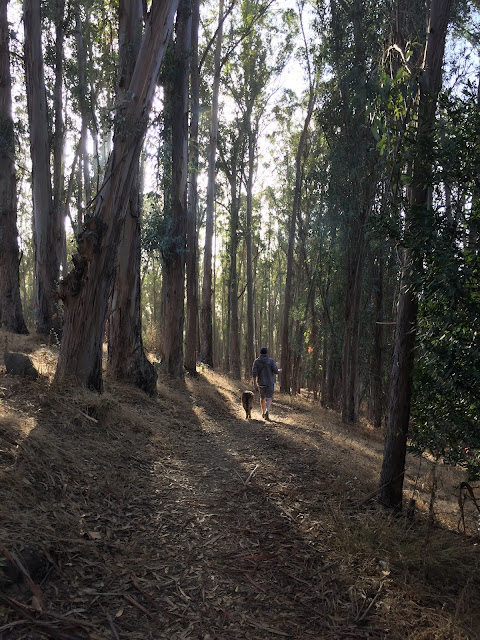 Once again, we had the trail all to ourselves and enjoyed running and playing as we pleased. These tall colorful trees made for a new and unique landscape. These trees shed their bark and leave the ground littered with debris, so every step gave way to lots of crunching. 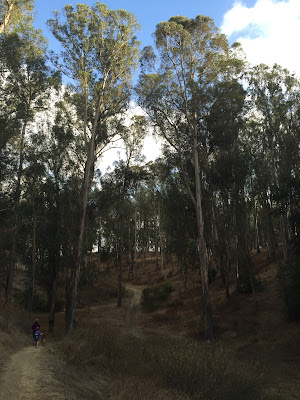 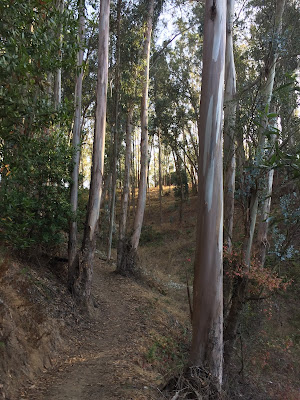 We ended the hike back at the edge of the lake just around sunset.

We bought some firewood and headed back to our campsite. By this point, the sun had set and the wind was picking up to become something fierce. We started a fire and the boys made some hot dogs, but Landon became so cold that he asked if he could sit and eat it inside the tent. We found out later that the entire Bay Area had a freak wind advisory but, not realizing ahead of time, I hadn't packed much cold weather clothes. Even in the low 60's with a fire, a strong wind can cut right through you. Landon finished his hot dog in the tent as Adam cooked my soup. 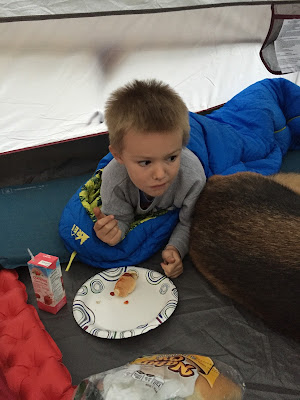 I know we were all looking forward to hanging out around the campfire at night, but mother nature had other plans. By 7:30pm we were all in the tent for the night. Good thing Kaiser was exhausted because he laid down and went right to sleep. Even Landon wasn't too bummed out as he snuggled in his warm bag for an early night. 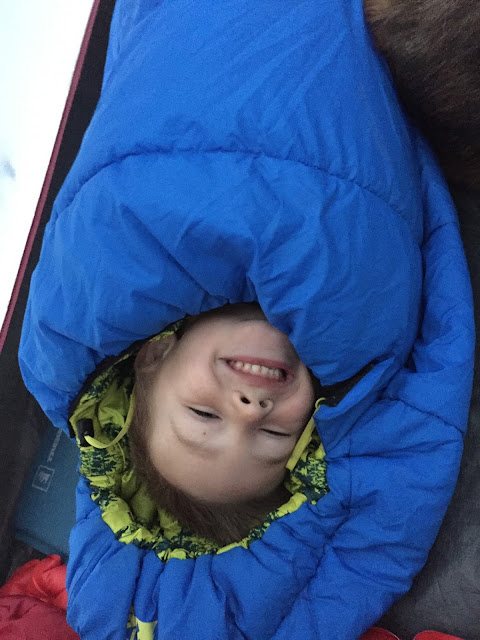 We went to sleep with the wind screaming outside of our tent and a number of owls serenading us to sleep. The Owls reminded me just why I love sleeping outdoors so much. When we woke up Sunday morning, the wind had completely stopped, but we had a new problem, Landon didn't feel good. We built a fire, made some breakfast, and our normally hungry and energetic kid wanted nothing of either. So we decided it would be best to head home. We packed up everything and headed out and were back at our place before 10 am. Both of the boys were exhausted from all the fun and spent a good portion of the day sleeping, one of them may have spent the whole day sleeping. 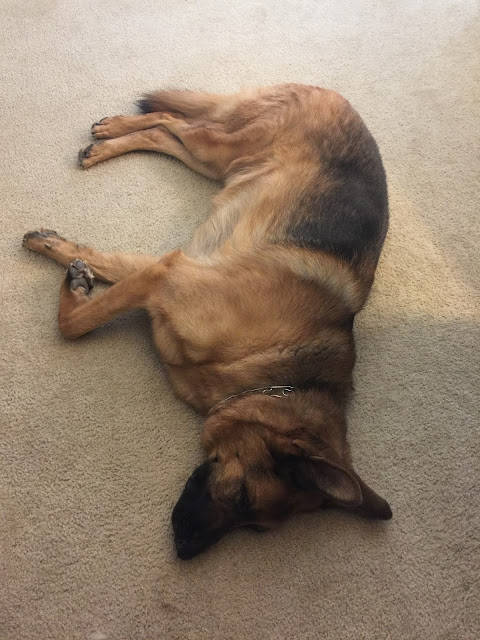 The winds were a bummer, but we still had so much fun. We really were not sure how restrictive the park would be with dogs, how Kaiser would do in a tent, or how much we would like the park. To our surprise, it was all wonderful and I hope to go back again soon. But it also gave us hope that maybe we can have many more adventures together as a whole family.