With no family nearby, no reason to cook a huge meal for three people, and an entire four days off work, we decided to take a road trip down to Death Valley National Park for the Thanksgiving holiday. Death Valley is no small jaunt from our house. At 550 miles away, we don't get a chance to explore the area often, so we made the most of the time we had and tried to pack in a few extra places we'd been wanting to visit in the nearby areas. These included Manzanar and Mt. Whitney on the way to the park and the Rhyolite Ghost Town  just outside the park boundaries during our stay. While Death Valley was a really interesting place to visit, including these additional stops really rounded out the trip.

After driving halfway the night before, we woke up early on Thanksgiving morning and headed out towards Lone Pine, a city about an hour west of Death Valley. Just beyond this little city, lies Manzanar, a WWII Japanese interment camp. It was a place we've been wanting to go and, being so close to it, we had to stop by. We both really enjoy WWII history and have been to a number of museums and places of historical interest around the world, including Hiroshima in Japan. With few WWII sites in the US, this was our first one. I have to admit, I was pretty surprised when we drove up and not much was there. The largest building on the property houses the museum which is also one of the only places to go to get out of the wind. 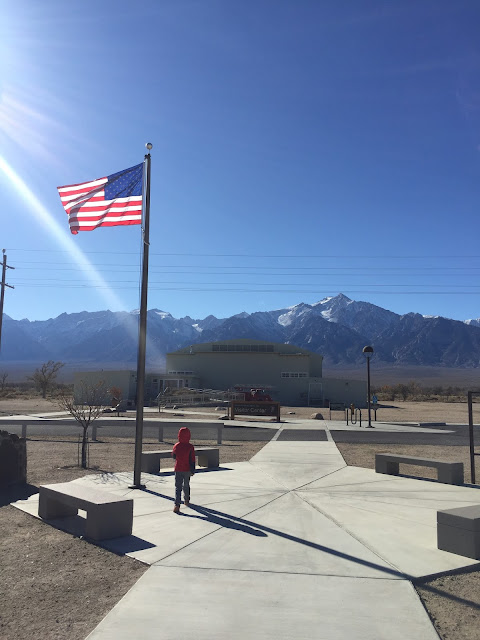 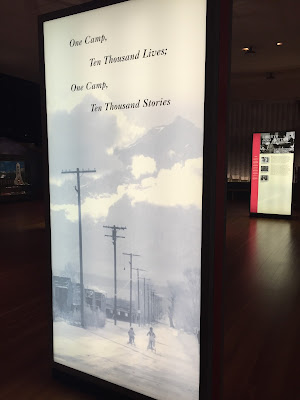 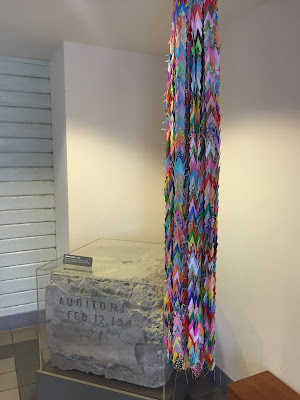 It is a sobering piece of American history to read about how we treated the Japanese during WWII. While they were not tortured or beaten, they were forced to stay within the confines of this camp during most of the war. Many of them were only Japanese by heritage, having been born in the US and declared US citizens from birth. They were given only a few days to uproot their lives, allowed only a suitcase for their belongs, and forced to leave everything else they knew behind. They lost their homes, their businesses, and their livelihoods. 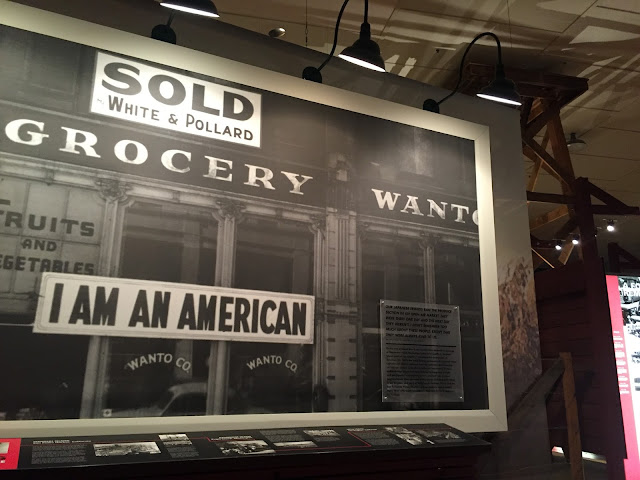 We explored every bit of the museum then headed out for the driving tour of the camp. As I said, there is very little left so most of the driving tour takes a lot of imagination. As you drive around, areas are marked with signs as to what they what were, but the pictures and words inside the museum do a better job of painting the picture. 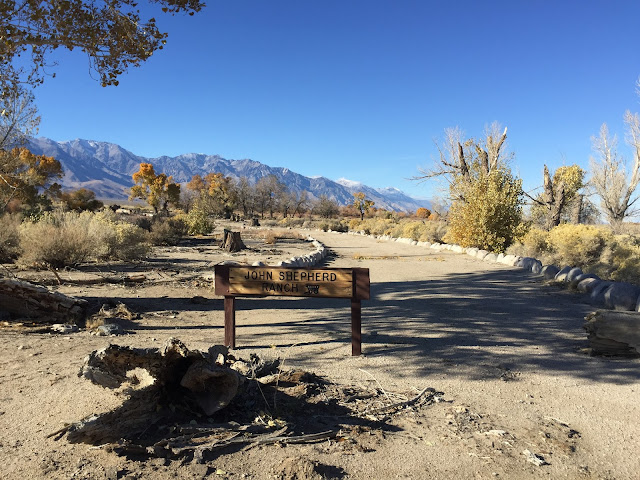 With the exception of the memorial at the cemetery, the only thing worthy of the drive is the scenery. Set in between two mountain ranges, it really is a peaceful place. On the other hand, it is also dusty, extremely windy, and barren place. The memorial at the cemetery is a beautiful tribute to the people who died and are buried here. The lone monument with the mountains in the backdrop properly conveys the sense of desolation the people here must have felt. 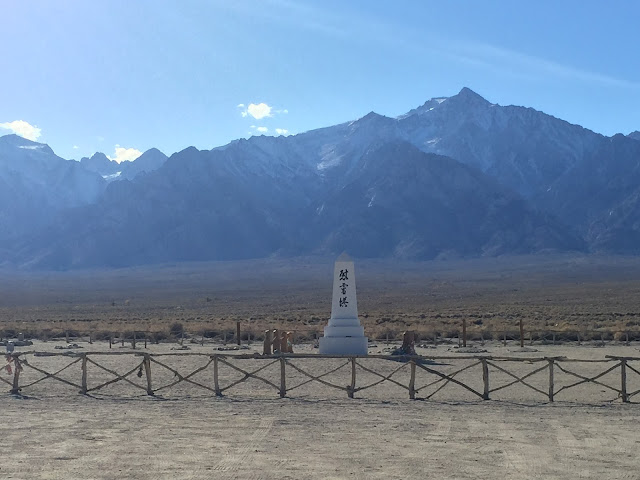 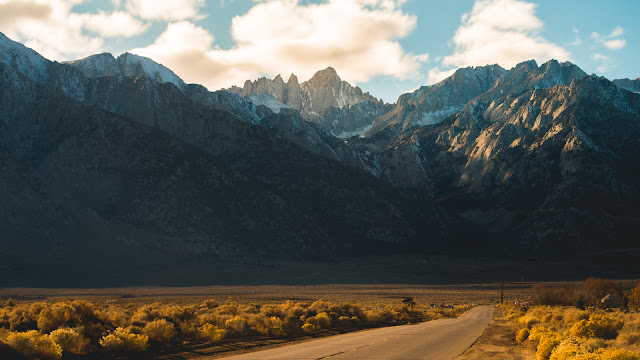 Adam pulled over to take some pictures, so I made some lunch. It was the perfect time to visit as we hardly even saw another car all day. It seemed as if it was just us and the mountains all alone. 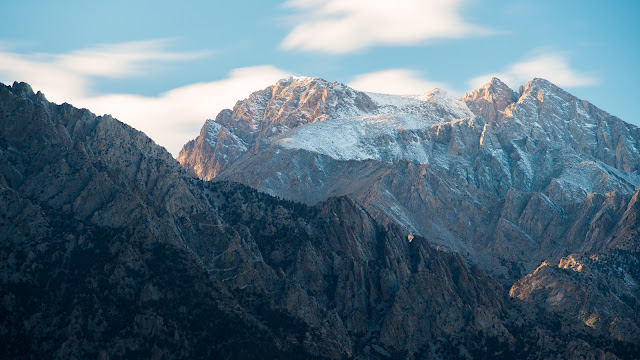 We were not sure if the road up to the mountain would be open this time of year, but it was so inviting we couldn't help ourselves and had to see how far up we could get. It wasn't long before the flat valley floor road was winding its way up the mountains. I'm not one to normally get nervous in a car, but this road was testing my nerves a bit. It's hard to make out in the picture, but it was amazing how quickly the road climbed. 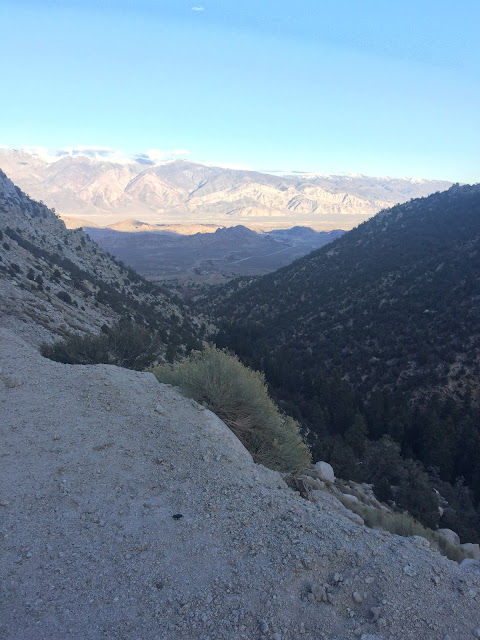 As we got closer to the top, we were suddenly surrounded by snow (something that excited Landon beyond words). He hadn't seen snow all year and was busting at the seams to get out and touch it. Adam got out with him and they played for a few minutes while I enjoyed the large pines and quiet mountain setting. 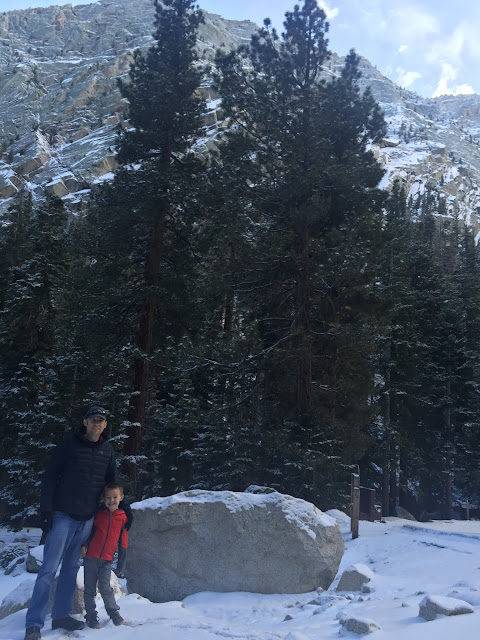 The campgrounds are closed in early November, but we saw some people set up there anyway. We seriously considered just staying there for the night among the trees and peaks. Had we just a little more time, we probably would have. There's no place we enjoy more than the mountains and it was such a beautiful spot. 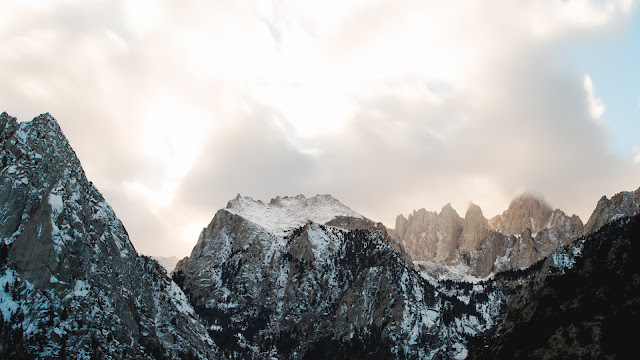 In the end we decided to stick to our original plan and make our way to Death Valley for the night. I know we will be back again though, because this is where the Whitney Trail begins. Which also is either the beginning or end of the John Muir Trail depending on which direction you take it. It was on Adam's to-do-list for the year, but has been pushed back by other trips. Maybe, in a few years if I can find the vacation time and Landon has the endurance, we can do the three week trip together as a family. I don't know if we can do it but I do know it is an amazing hike. 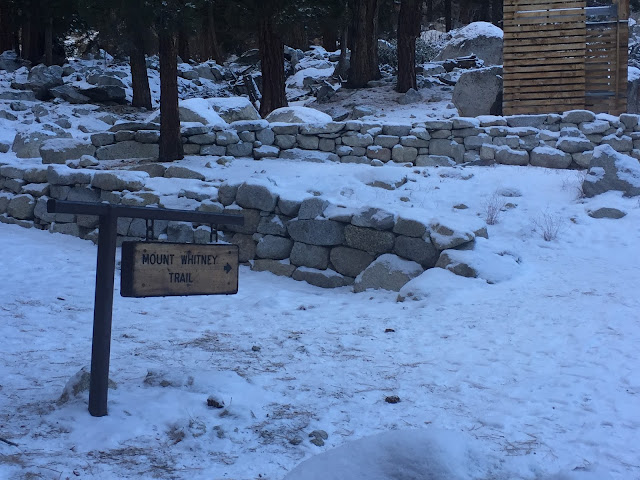 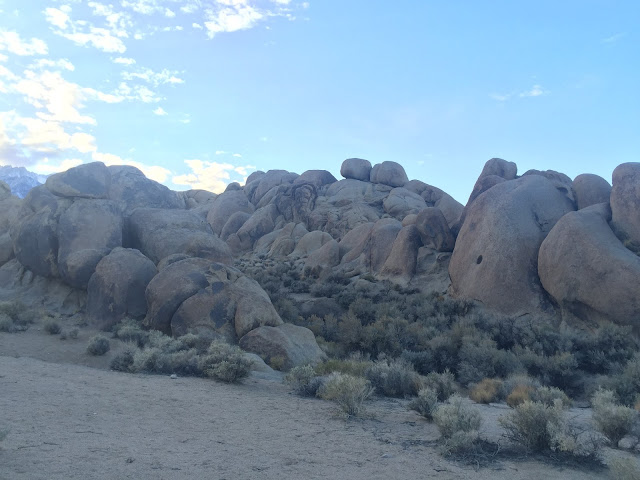 I knew this area was called the Alabama Hills, but didn't know much about it. A quick google search later and it turns out this is a major area for over 300 movies going back as early as the 1920's. More recently, this area has been the set for Star Trek, Tremors and Gladiator. With a guided driving tour and many hikes just off the main road, we now had just one more reason to come back and explore this unique area. 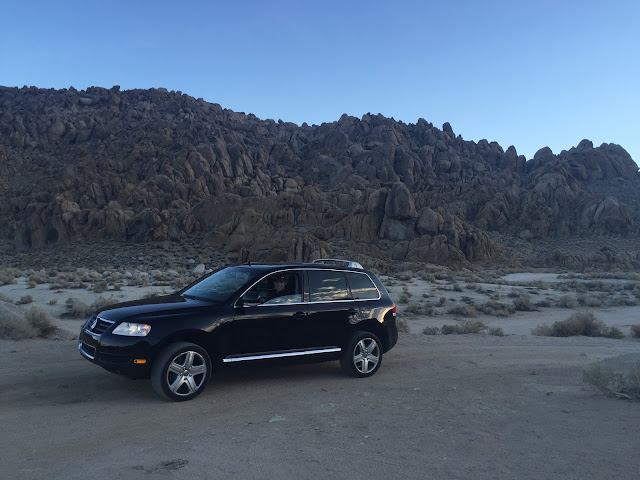 As the sun began to set, we loaded back into the car and made our way to our campsite for the night in Death Valley. It was such an interesting day and so vastly different from the rest of the weekend in the desert. One thing I love about California is how quickly the landscape can change and we were really about to see that first hand.