I've been putting off this post for so long, because it isn't easy to write. Today we are packing up and leaving San Francisco. Tomorrow, we will arrive at our new home in Redmond, Washington just outside Seattle. It still feels unreal to be leaving this wonderful place, but so much has been going on lately that I haven't had to much time to be sad or frankly even dwell on it. Deciding to leave feels like the most adult decision of my life. 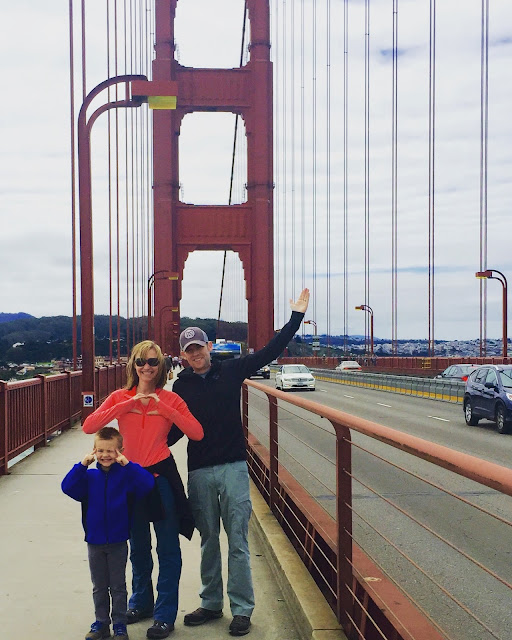 I've loved San Francisco from the very second we pulled onto the peninsula. San Francisco is the type of the place that steals your heart immediately. From the first time you see the Golden Gate bridge, or the waves crashing along the rocky coast, to seeing Redwoods just outside the city limits, or discovering a new cultural section of town; It is truly an enchanting place. My favorite thing about San Francisco, even California, is just how much there is to see/do/experience. The list is as unending as the variety is wide. For a small-town girl like me, I just cannot get enough. So many people we meet from here say we've done more in our short time then they have in a lifetime. I just love all the new experiences and the more we have, the more I want to have. I remember being young and telling my Dad and Step-Mom how I wanted to live in California. They just blew it off, like most things I said at that time, sure that age and wisdom would change my mind. They were partially right. Age and wisdom are forcing me to leave California. But moving here, following a dream, taking this huge risk, selling everything to live with less, and putting 100% of my faith in my husband and he in me, has been the single best decision we've ever made together. In our short time here Landon has grown from a toddler to a boy and Adam and I both have grown tremendously in our careers, becoming licensed in our respective fields, making a name for ourselves, and learning a lot along the way. We've discovered what it means to be really live healthy and together have lost over 75 pounds together (although most of that credit belongs to Adam). We grew real passions in hiking, camping, kayaking, and found new interests that we want to pursue like cross country skiing. We've learned what it really means to live with less and in it we've found more happiness and balance than we ever knew we would.

As much as I've enjoyed just about every second here, it has come at a very high cost. Around the first of the year we started to re-evaluate if the extremely high cost of living here was worth it. For people who have roots, history, and/or family support it is much easier. Most people live with extended family or were here long before the real estate boom. If you are single you can live crammed into an apartment with eight other people and pay an average rent for a room the size of a closest. For a young family, with a child that occupies one room, but cannot contribute to the income its tough. With a dog that most people find oversize and aggressive, it's almost impossible. Our dog keeps us out of rent control which has meant that our rent increases about $700 per year. The ability to save for any type of property is next to impossible. Even worse, property is at such a high demand with such a low supply that most buyers are foreign and pay all cash, often well above asking. Even if we could compete, the cost of these properties are insane! A 2 bedroom, 1,000 sq foot fixer upper costs at least $900k, usually even more and that's just to live in a so-so part of the peninsula. The other option of living off the peninsula and commuting 3-4 hours per day just doesn't seem like any way to live for us. It is truly impossible to explain to anyone who hasn't seen this market first hand just how crazy it actually is. Although we can afford to stay here a few years longer, it just felt like we were putting off the inevitable without getting any further ahead. As much as I hate to leave, when we sat down and looked at the numbers, the answer was clear. It just wasn't worth staying.

From the moment we came, we knew our time in San Francisco would eventually come to an end. When we first moved here in September 2014, our goal was to move to Europe within a few years. But as Landon grew, we flourished in our careers and we really fell in love with the outdoors our desires changed.  We no longer felt this huge draw to Europe and we started to re-evaluate our goals, both individually and as a family unit. For us now, living with less and having the ability to do more with the time we have together was paramount. Working hard during the week and doing well in our respective fields seemed more possible and realistic on US Soil.  And the truth is, for the first time in our lives we really began to enjoy the US and see what it could offer us. I use to love planning big trips abroad to all kinds of faraway places but now I look forward weekend excursions with just as much newness/fun/excitement and the ability to do that for 52 weeks out of the year, not just two or thee. All the things we thought only Europe could offer were now seemingly in our backyard with the all the benefits of still being in America. What more could we ask for?

As we've grown these last two years, matured, and even changed we knew we wanted to stay on the West coast. As much as we miss our family and close friends back home, we just can't leave this beautiful part of the country. Adam's company is actually headquartered in Seattle and so for us Seattle was an obvious choice. Washington has so many things that California has to offer, but might end up being an even better fit for us. Instead of the Sierra's being 3-4 hours away, we will now be an hour away from even more epic mountains and glaciers at that! Our abilities to get outside and do more will be even more expounded with better opportunities to participate in the activities we love and maybe even try out a few new ones as well. And although we realize that to most of the nation, the cost of living is still high in Seattle, we will be saving over $2,500 a month from day one. The ability to put down roots and buy a home within the next year or so seems so much more doable than in San Francisco. And now that we've been mobile for the last few years, putting down solid roots and buying a home again is our next goal. 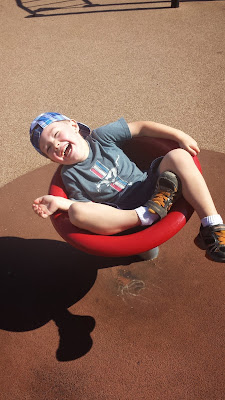 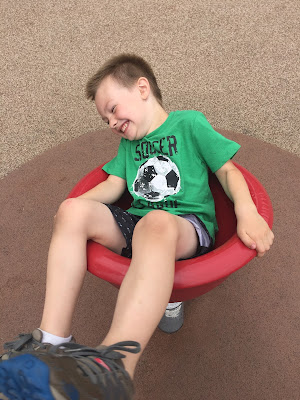 We visited Seattle at the end of  April. It was Adam's birthday trip and we had planned it last year before we ever even talked about moving. As we flew into Washington, the peaks of Mount Rainier, Mount St. Helens, and the mountains in Olympic welcomed us. However, once we got on the ground I was sorely disappointed especially with the city of Seattle. It's more industrial than I ever imagined and doesn't have nearly as much character as San Francisco. Let's face it, San Francisco has set a pretty high standard, one I don't think any other city in the US, maybe even the world, can match. We drove to the area we thought we might call home, Bellevue and I was less than impressed with this area despite being known as one of the nicest. For the first few days, I couldn't even think about it too much, worried my emotions might take over. But as we began to explore the areas outside of Seattle like Mount Baker, Mount St. Helens, Portland, and Leavenworth my doubt and worry started to fade and I started to see more of future life in this new place. Our last day we eventually stumbled just north of Bellevue into Redmond and I knew we had found our place to call home. A nice size town with a fun, but small center and friendly neighborhood feel. We checked out an apartment, that we loved and visited a school less than a mile away. The public schools there are some of the best of nation which is another huge change from San Francisco where we'd be forced into private and important since Landon starts Kindergarten in the Fall. Only later did we learn that one of the best dog parks in the nation is just down the road as well complete with a lake for dogs to swim in that we know Kaiser will love too.

As our trip ended and we headed back home to San Francisco, for the first time I was excited about the move. We got home and looked at our San Francisco bucket list, determined to spend the month of May checking off as many things as we possibly could before we left. Knowing how important San Francisco is to me, Adam treated me like a queen all month long giving in to my every desire and doing whatever he could to make everything fit. Because of that, we had a wonderful month! We did so much enjoying new aspects of this beloved area and saying farewell to a few of our favorites. And while there are so many more things that we didn't get a chance to do, the memories and experiences we've shared in May and our entire time in California has left my heart full. San Francisco is an amazing city and California is a great state. It's always been a place for dreamers and always will be. The young, girl inside of me never wants to leave. The Wife, Mom and adult in me is so exceptionally grateful for this beautiful chapter in our lives, but looking forward to the next one.
And so with that we say goodbye to San Francisco! Knowing that it will always be such a special place for us and that we will often be back to create more memories, have new experiences, explore more uncharted places and keep our love alive.