This year, we've been experiencing our first winter in two years. While we've had a blast playing in the snowy mountains, one thing we've really missed is camping. A few weeks ago, the weather was looking good all weekend along the coast so we jumped on the opportunity to get out and enjoy it. Friday night, after work, we packed up the whole family and headed for Astoria, Oregon. We didn't arrive to our campsite until after midnight so it wasn't until the next morning that we got to see our beautiful surroundings. 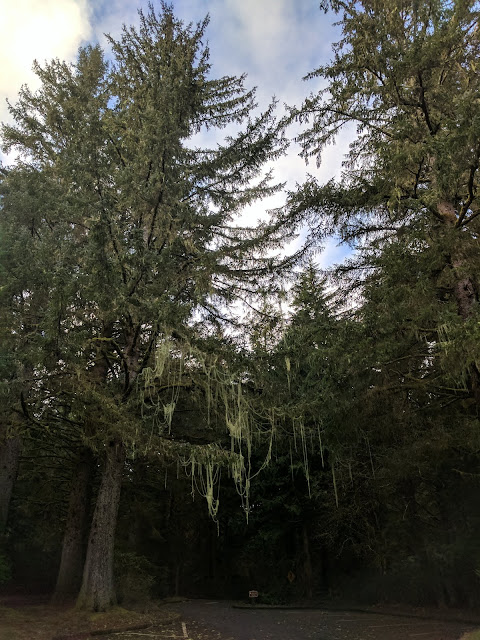 We camped at Fort Stevens State Park, not far from the beach and after packing up in the morning, we made our way to the ocean to play in the sand and see their famous shipwreck. Had we been there at low tide we could have gotten a close up of the shipwreck which makes for a pretty cool picture against a beautiful ocean sunset. Maybe next time. 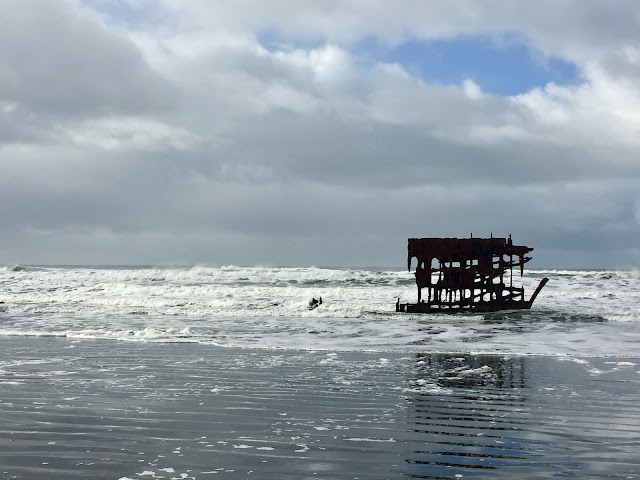 Afterwards, we headed over to Fort Clatsop where Lewis and Clark spent a "miserable" winter preparing for their journey back across the United States. Ever since we moved to the West Coast, we've discussed how amazing it was that early explorers traversed this part of the country. A few months ago I read the book Undaunted Courage about the Lewis and Clark expedition. I wish I had the book with me when we visited Clatsop. Reading their story before hand made me very interested in the site, but having had it with us would have really brought the place to life. The visitors center helped to fill in a lot of history and we tried explaining the journey these men took across the US to Landon, hoping he would grasp the significance of what this small group accomplished. 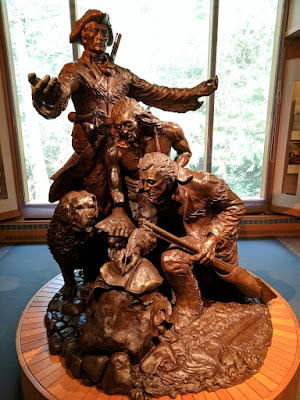 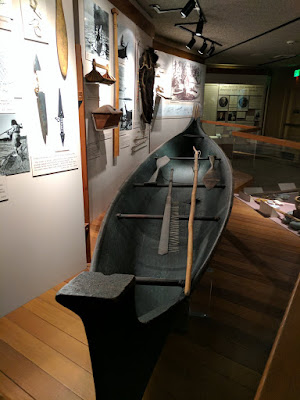 The original fort that the party built no longer exists, but a replica has been built on the site. 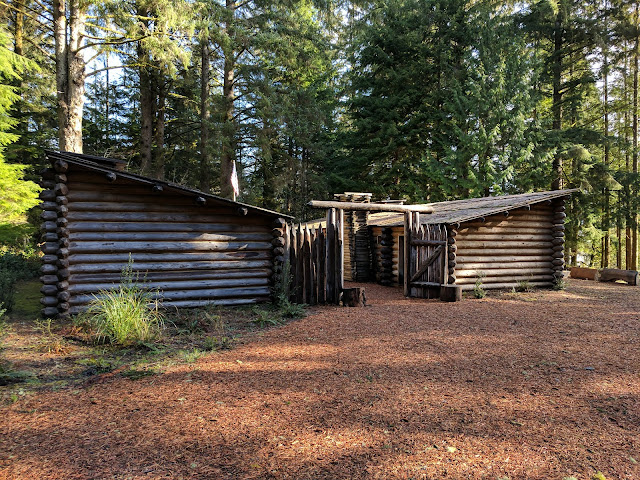 It gives you a great idea of what life was like for these 34 people in 1806. They even had rooms set up as they would have been at the time. 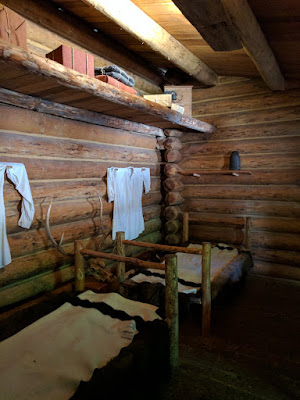 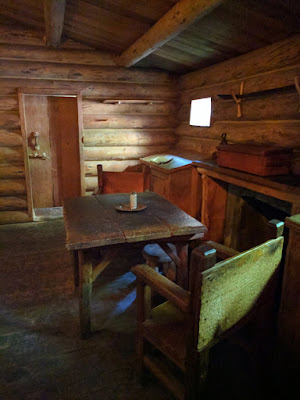 After our visit at the Fort, we headed towards Canon Beach. Famous for their massive haystack rock. 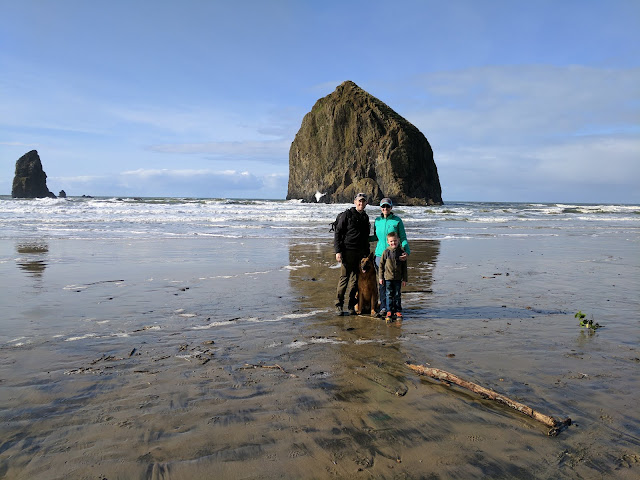 We took a long walk down the beach enjoying the sunshine, water, and sand. 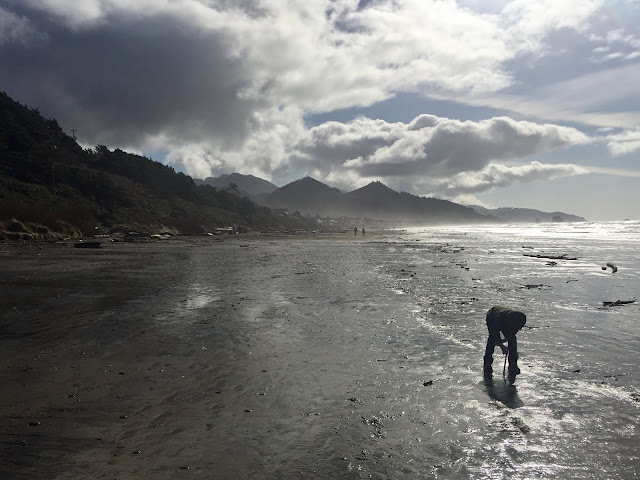 We had ALL missed the ocean terribly. Not sure which of the kids enjoyed it more. Both had plenty of fun playing with sticks, running around, and playing on the beach. 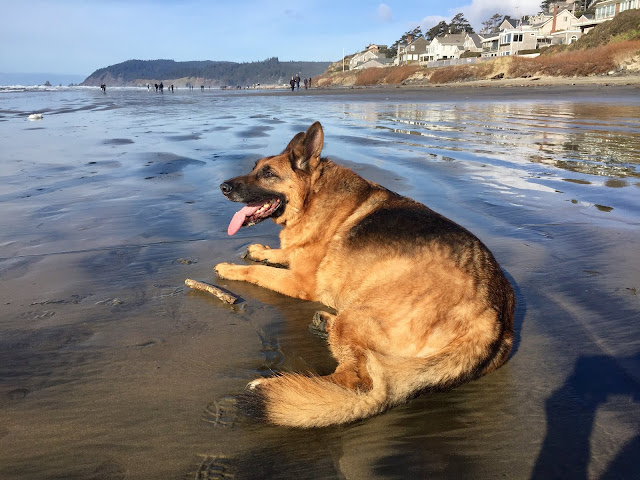 We walked down the beach to the small town, had a great lunch, and then walked back to the car and onto more adventures on another beach. We headed to Cape Kiwanda which we visited way back HERE in  July of 2015. Despite all the changes in Landon, Adam hasn't changed much and jumped on the chance to drive his new car on the beach again. 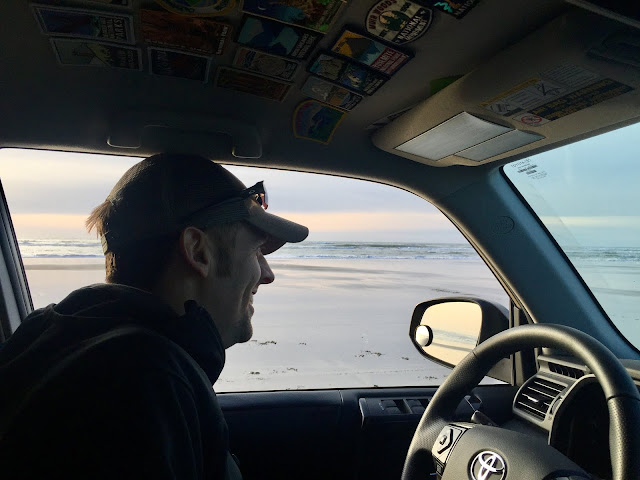 Oregon does the coast right. All beaches are open to everyone including dogs. And while you normally cannot camp on the beach, a few allow you to drive your car. We left Kaiser out to run around while we drove. We even gave Landon a go. 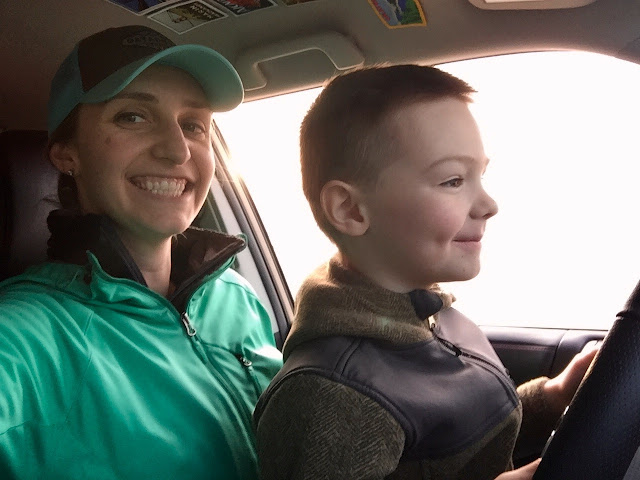 Did I mention how much we all have missed the ocean? Living 5 minutes from it in San Francisco really spoiled us. It was so refreshing to be back on it hearing the waves crash. 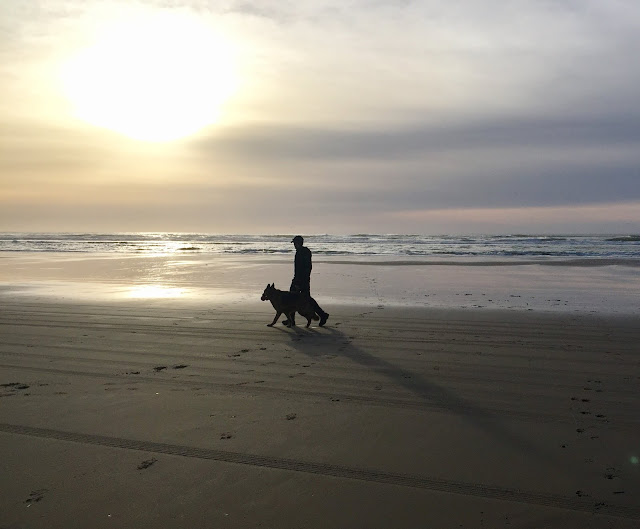 As we drove along the beach we came across a submerged car and learned what not to do. 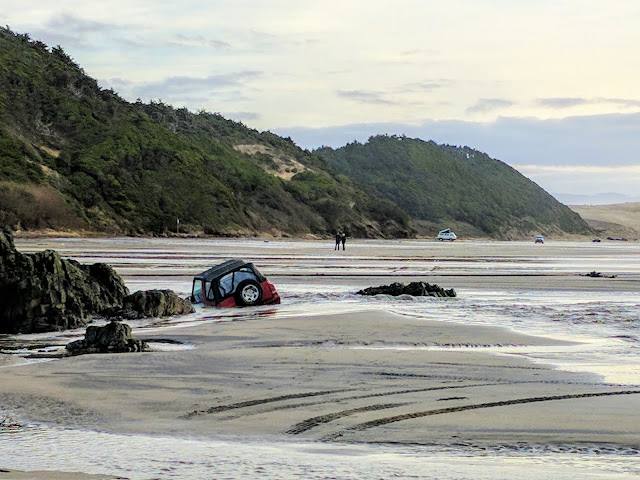 We watched as a tow truck came down and winched it out of its hole before heading over to another drivable beach with another famous haystack rock. 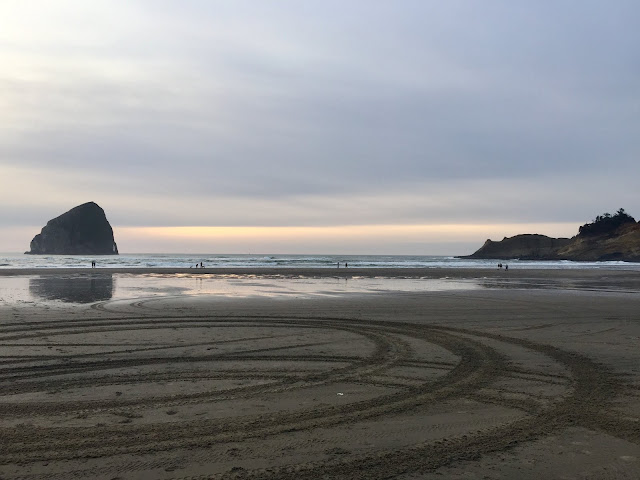 The second night we stayed about 100 ft from the beach at Cape Lookout. After grabbing some pizza we headed to our campsite, popped up our tent and played some games. In our new comfy tent, staying inside and having epic BeyBlade battles was actually pretty fun. We didn't have a campfire, but I don't think any of us minded too much. 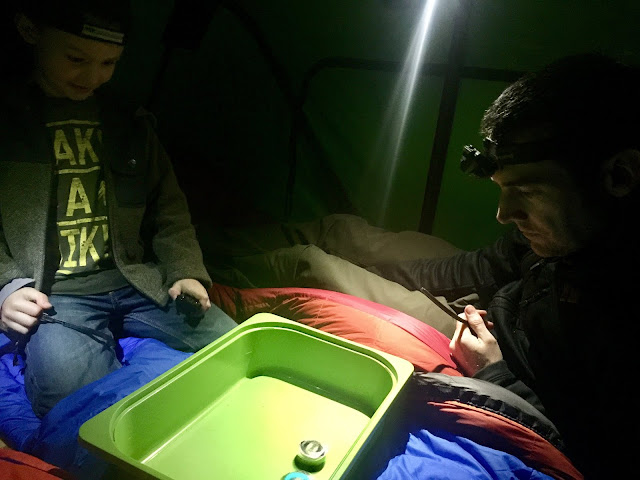 The next morning we woke up and cooked a hearty breakfast. We are getting better and better at cooking with every trip and finally got a chance to use our new stove we bought a few a months ago. It was wonderful! 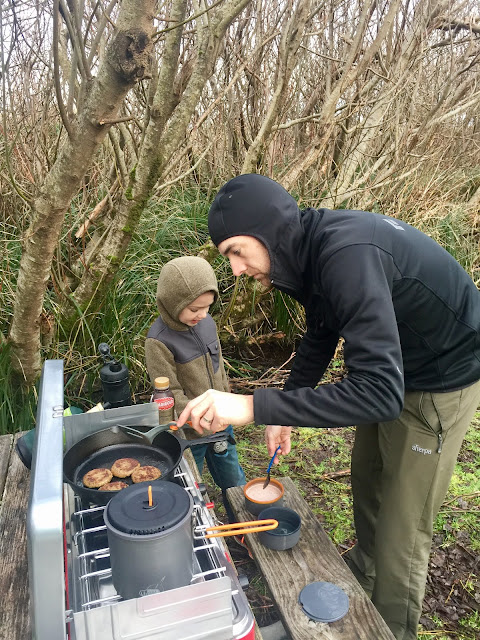 Kaiser hung out in his crate while we ate breakfast. This was our first trip taking him camping while we slept in the rooftop tent. We have an annex room that attaches to the bottom of the tent that we planned on putting him in, but this trip he ended up just sleeping in his crate in the back of the car. He seemed to do just fine, we just wish he didn't take up the entire back of the car. 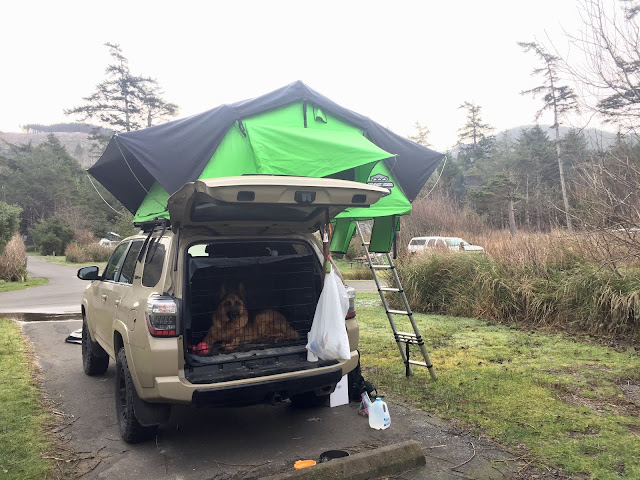 After breakfast, we walked over to the beach and stretched our legs. 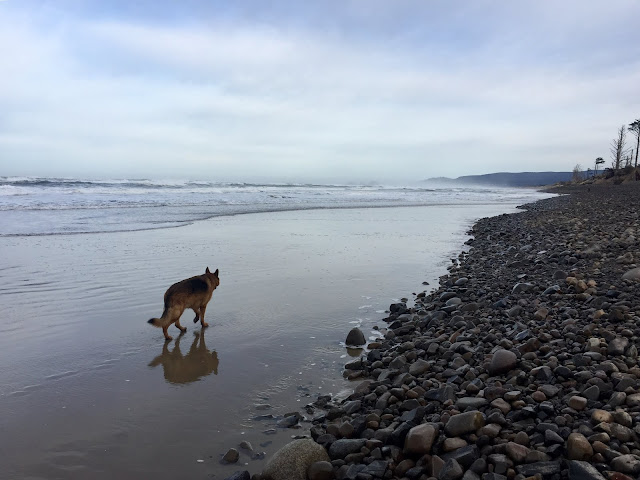 This beach was much different from the other beaches nearby. The tide was coming up so we made a game of running along the sand until the water came rushing towards us at which time we jumped up on the rocks and fled toward dry ground. It wasn't the beautiful sunshine day we had the day before, but we had a blast running along and playing on the beautiful coast. 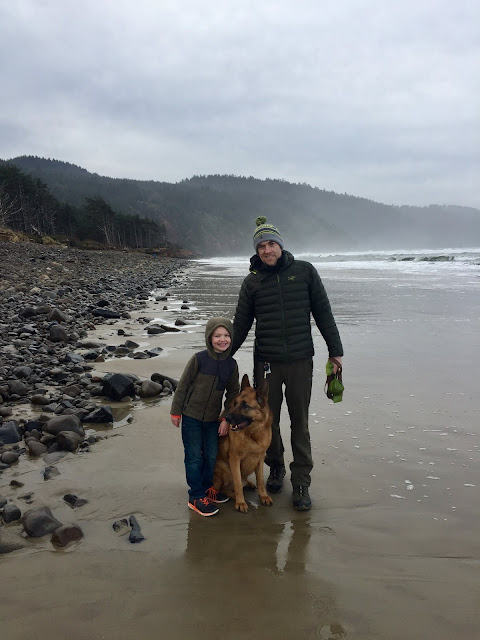 We walked South on the beach for quite a bit then headed up to a pathway and made our way back to our campsite. 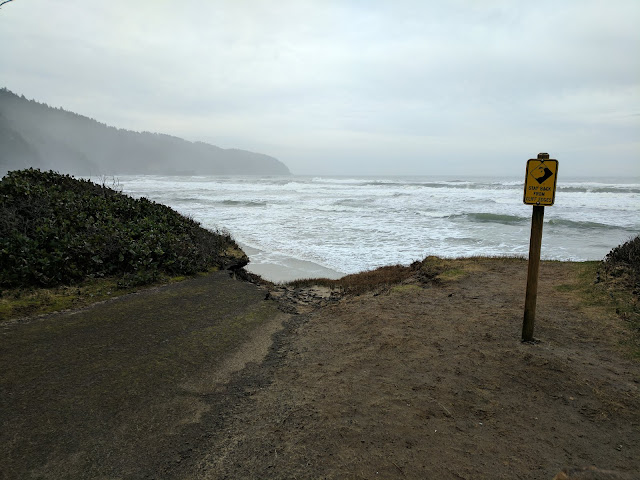 We were hoping the sun would come out while we were gone and dry off the moisture on our tent roof. Back at the campsite, the roof was still damp so we spent time wiping it down and messing with some things on it. Rooftop tents are a fairly new thing in the world of camping, but I think they will become more and more popular with time. These were our first two nights in ours and we really loved it. It's a step up from normal tent camping and makes the entire experience that much more enjoyable while not taking anything away. I have a feeling we will be camping every weekend this Summer. Plus it is really easy to drive your car to an epic place, unzip the cover, pull down the ladder and climb in. Voila! 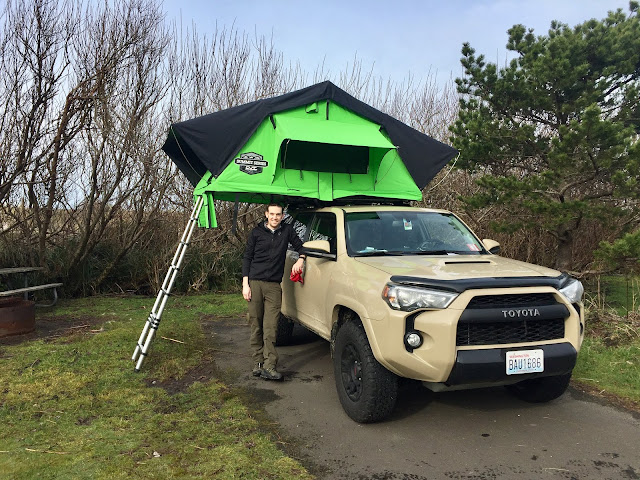 Once we packed up the tent, we started heading North again toward home. We stopped by the Tillamook cheese factory which we missed our first time in the area. We are big Tillamook cheese fans in the Lewis house so it was fun to be able to see exactly where our cheese is made. 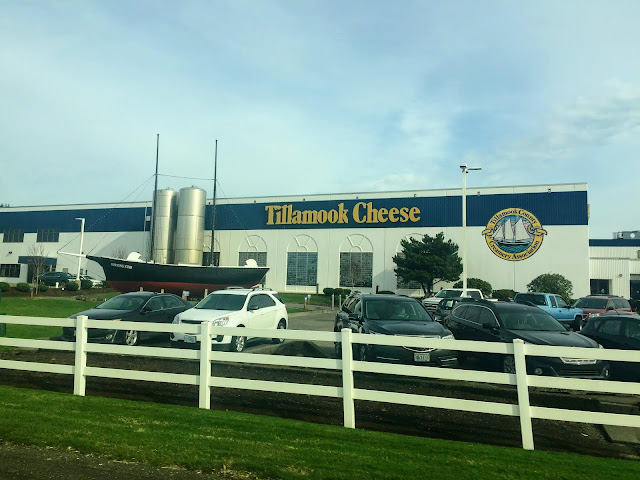 The factory has a self-guided tour which was interesting, but short. Since it was a Sunday the operation wasn't in full production, but there were a few lines cutting and packaging large blocks of their delicious cheese. The best part was the cheese tasting and lunch we had at their cafe. We followed it all up with some of their famous ice cream which we had never tasted. The caramel butter pecan was amazing! I just need to make sure and never let it sneak into my grocery cart. 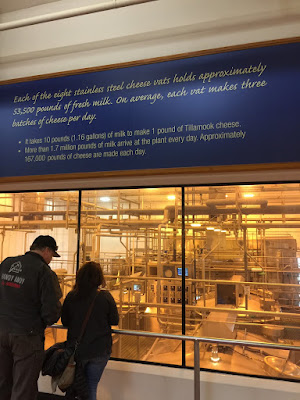 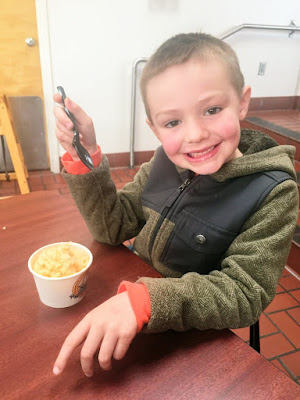 After sufficiently stuffing ourselves we headed to one last beach. By now the sun was really starting to shine so we popped open the tent one last time to get it all nice and dry. The only downside to this tent is not having a good place where we live to have it open. The boys played on the beach for an hour while I hopped into the tent and rested a bit. Once again, Oregon has the coolest beaches. 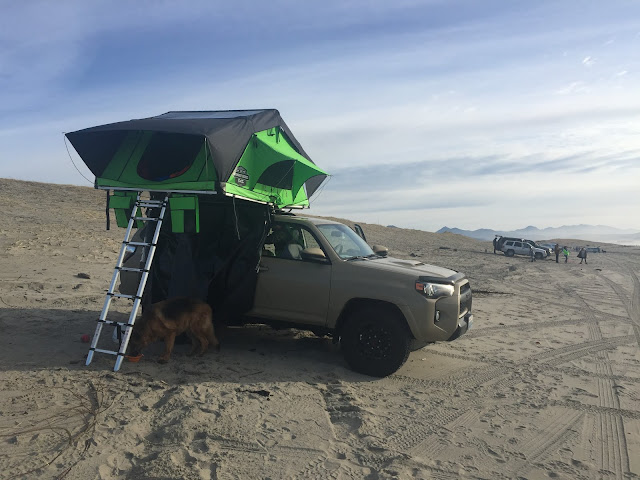 Back in the car, it was Landon's turn to take a rest. He's hit or miss on car naps these days, but two days of running around along the coast finally caught up to him. He passed our mid-drawing. 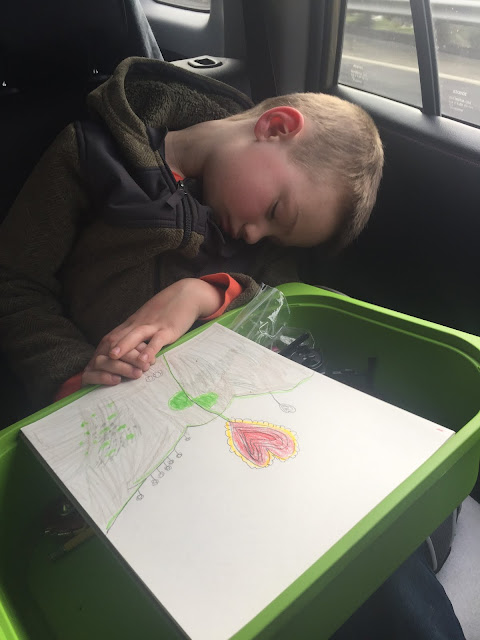 We made our way back into Washington and scrambled to make it over to Cape Disappointment before the ranger station closed at 5pm. Landon wanted to turn in his Lewis and Clark junior ranger booklet for a new badge. We made it just before they shut their doors and after getting his badge, took a short look at the beautiful scenery. 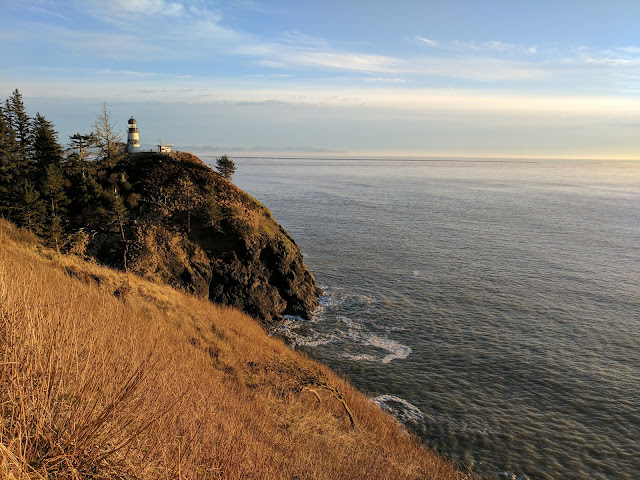 With so little time, we decided we just have to come back and make a weekend of this area. As we drove home the sun started to set and we were driving from scene to scene of a gorgeous sunset. 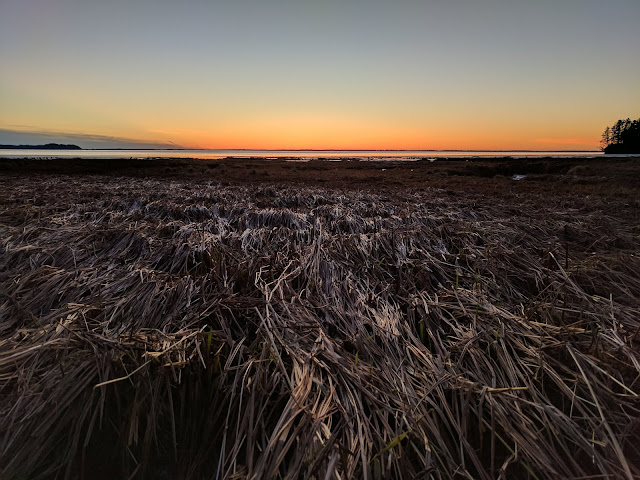 We found ourselves constantly pulling over until the last bit of sunlight faded. 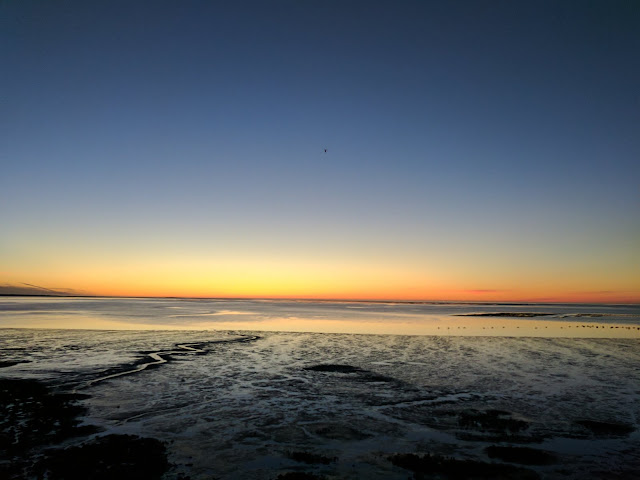 This weekend was exactly what we needed. Fresh air, sunshine and ocean waves. We were SO lucky that the coast cooperated with us over the two days and gave us exactly want we needed. Unlike Lewis and Clark, our weekend trip to Astoria was anything but miserable. It might be a few more months until we have another great weekend on the coast, but whenever we can we will be right back there doing it all over again.